On Tuesday the 12th of July our journey in Pittsburgh was practically entirely based on the Guns’n’Roses.

For me, it was a huge day: 25 years after, I was going to see my teenagehood idols again. I’ve seen them back in 1991 in Modena (Italy), Alice was just born and I was already on the road!

We were sleeping 15 minutes away from Heinz Field (yes, the famous ketchup brand), home of the Pittsburgh Steelers and for the occasion, the concert venue.
People wearing Axel or Slash shirts, drinkin’ booze remembering the good ol’ days of late 80s early 90s rock and roll… 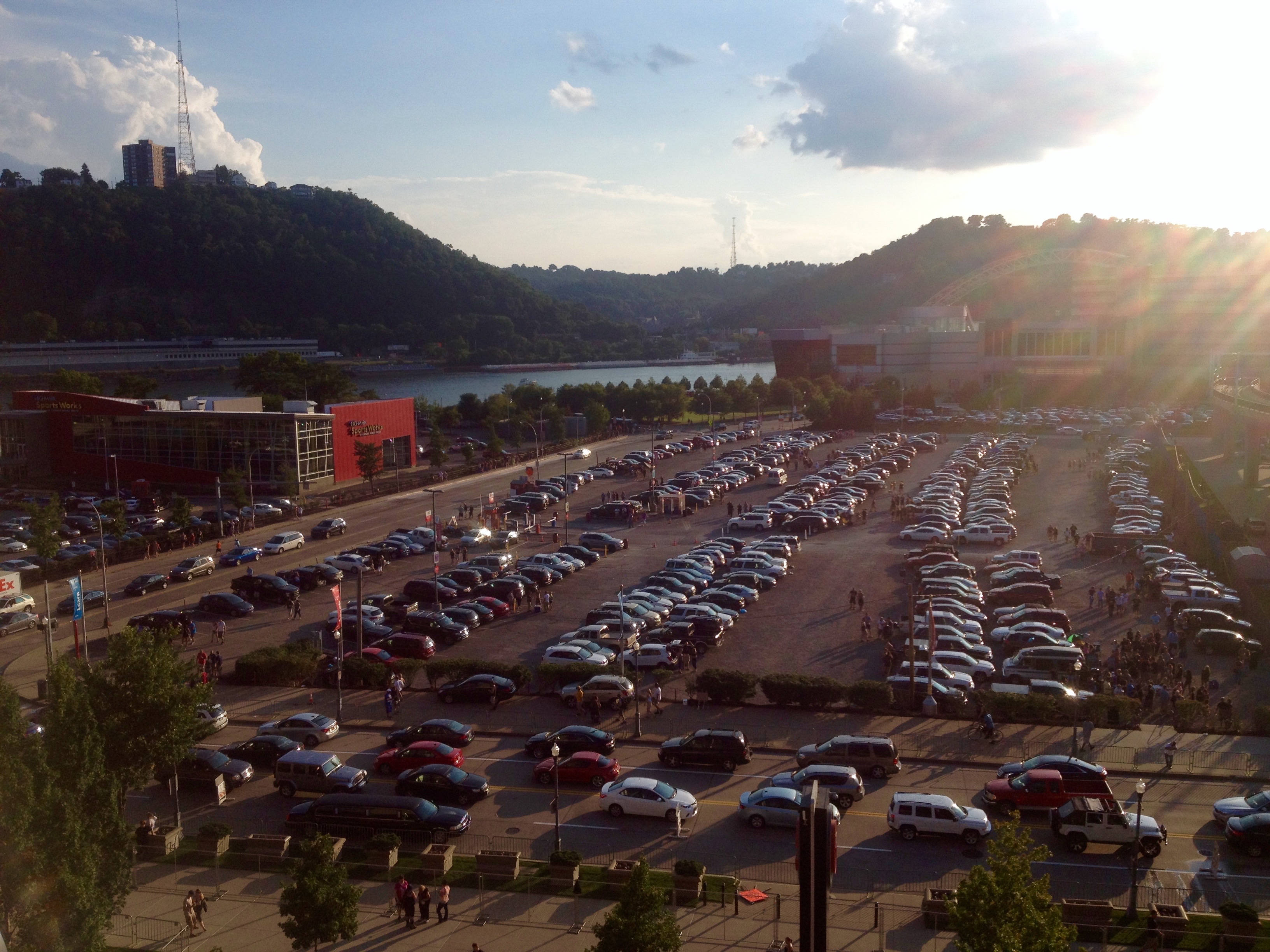 View from the Heinz Field @ Pittsburgh 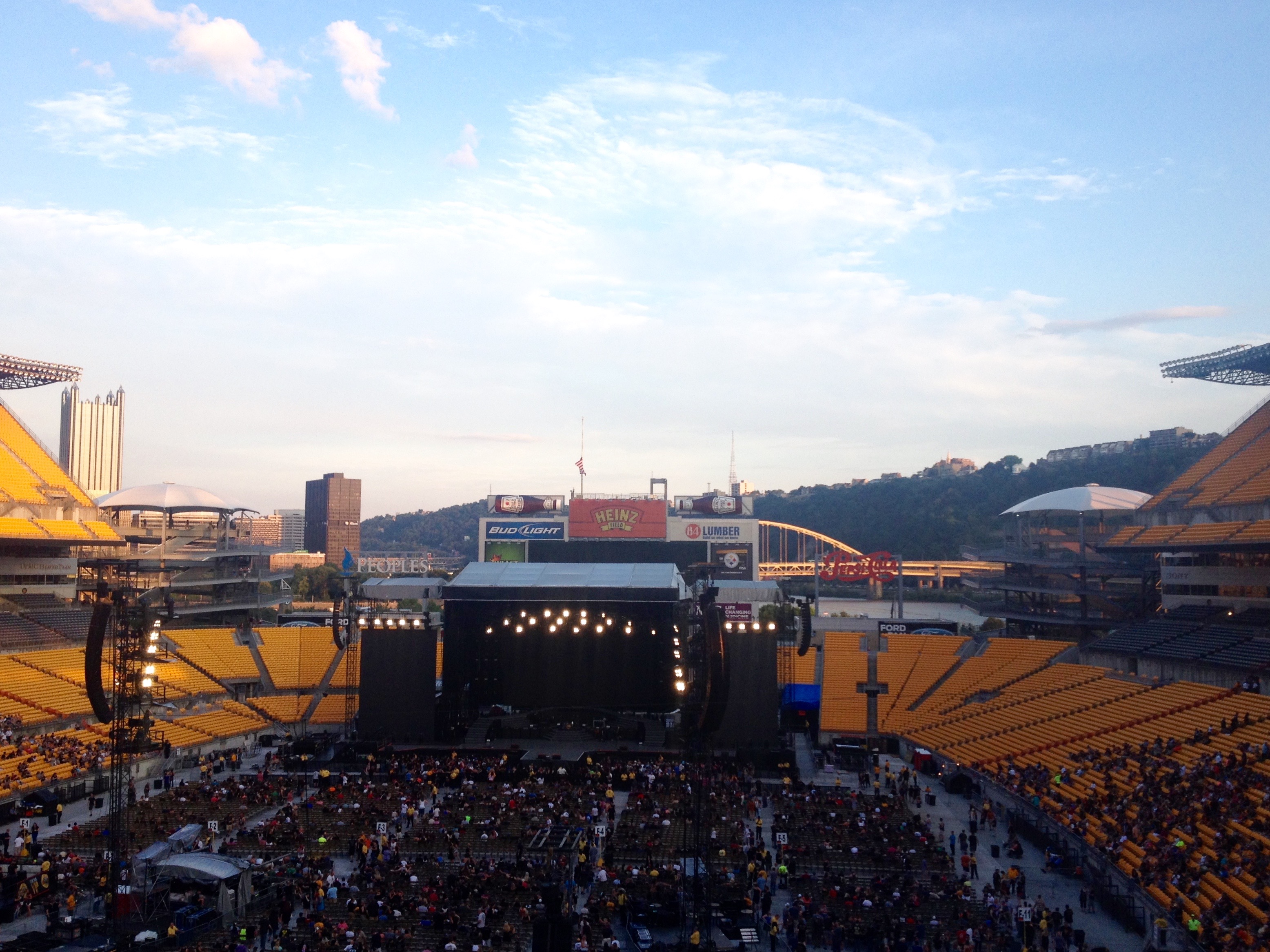 Heinz Field before it started

We got there pretty early because I wanted to see the opening band Wolfmother. 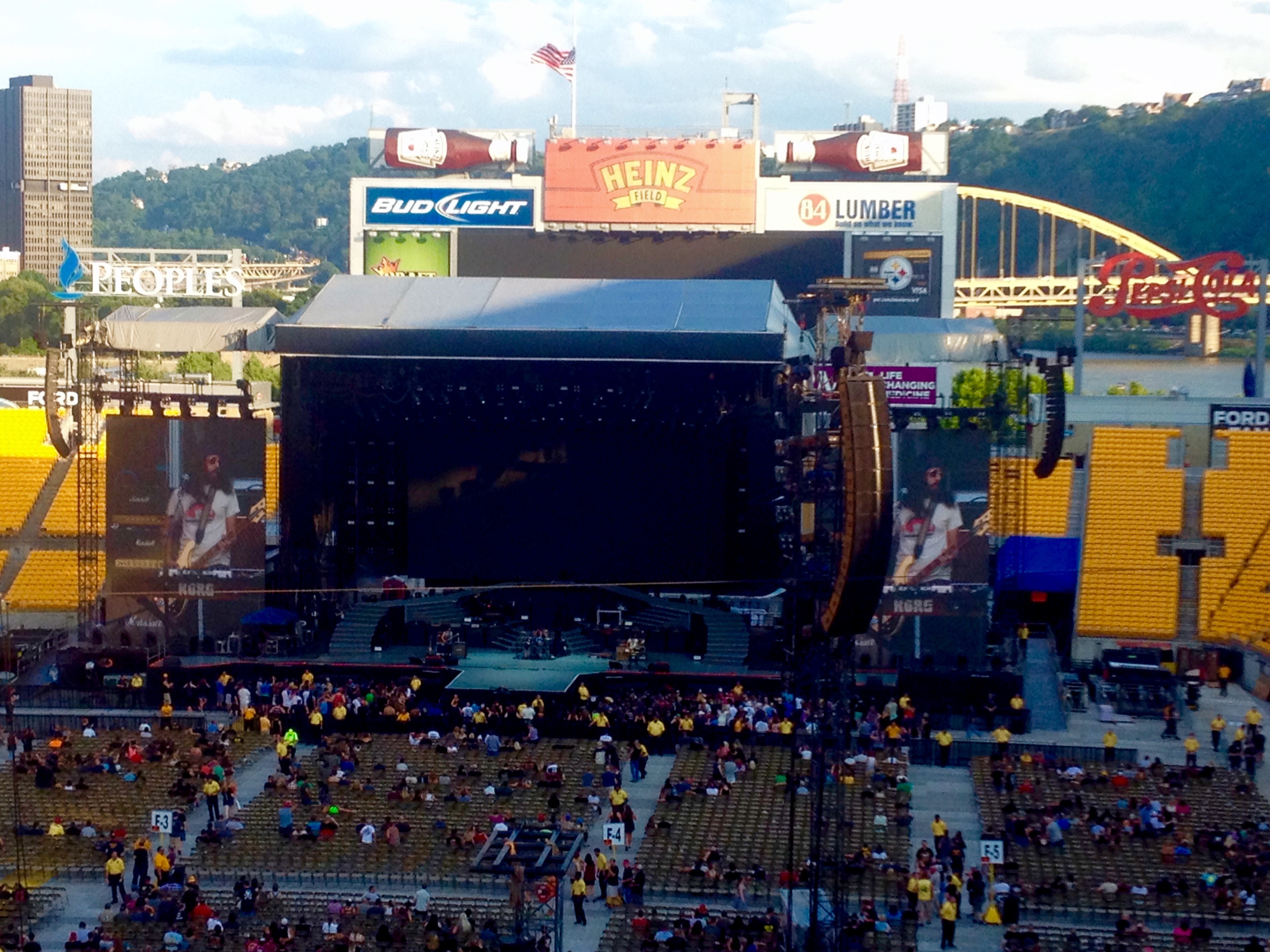 Finally, the stage was ready for the Guns n’Roses, as from the huge screens around us the letters G N R where flashing to make the crowd spell their name. Now, either they were all stupid or a bit aged or drunk or whatever, but how can you self-entitled fan possibly shout “G N R” and not their entire name as it has always been? Imagine going to a Marylin Manson concert and the crowd shouts M&M, M&M... 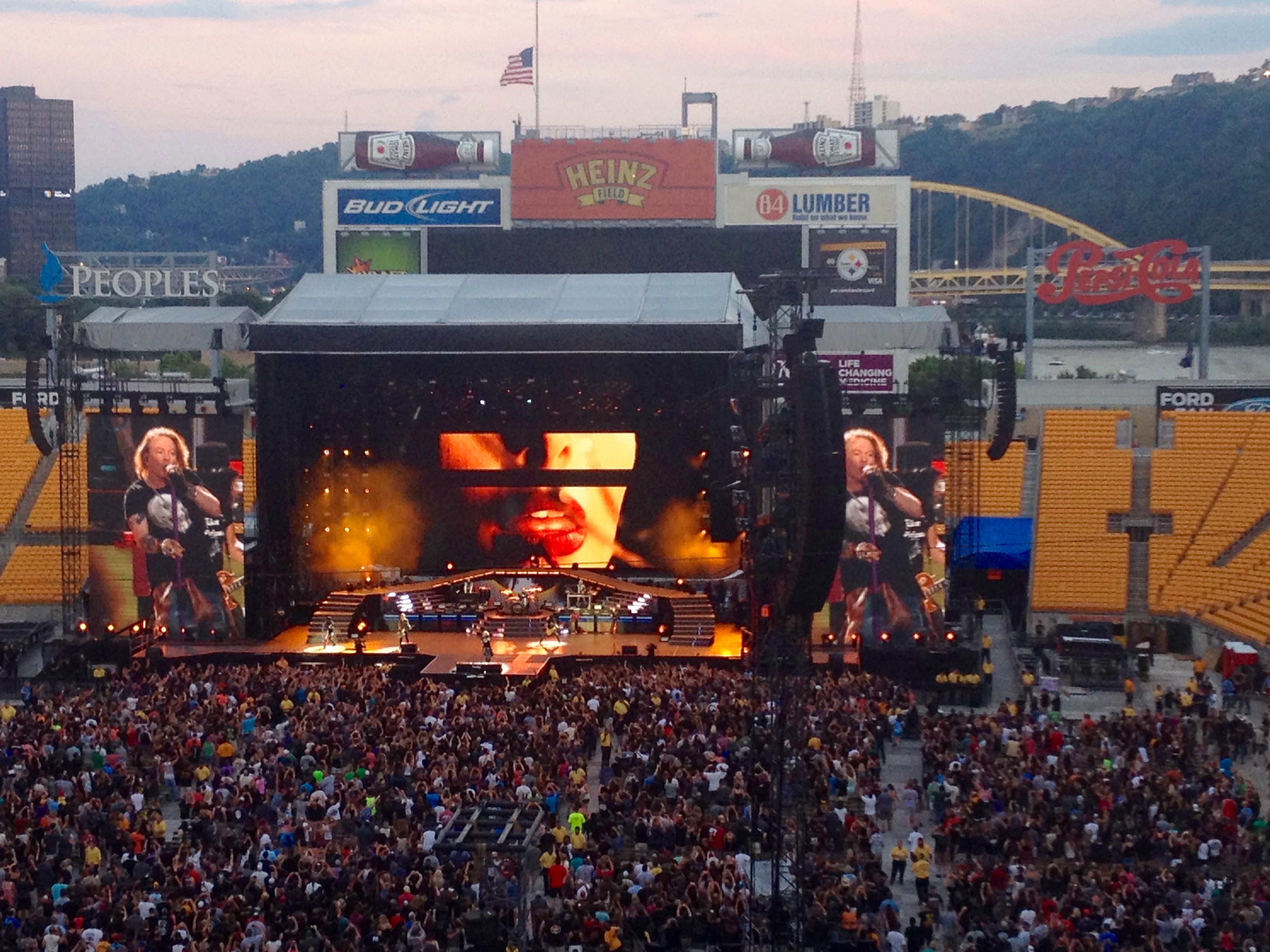 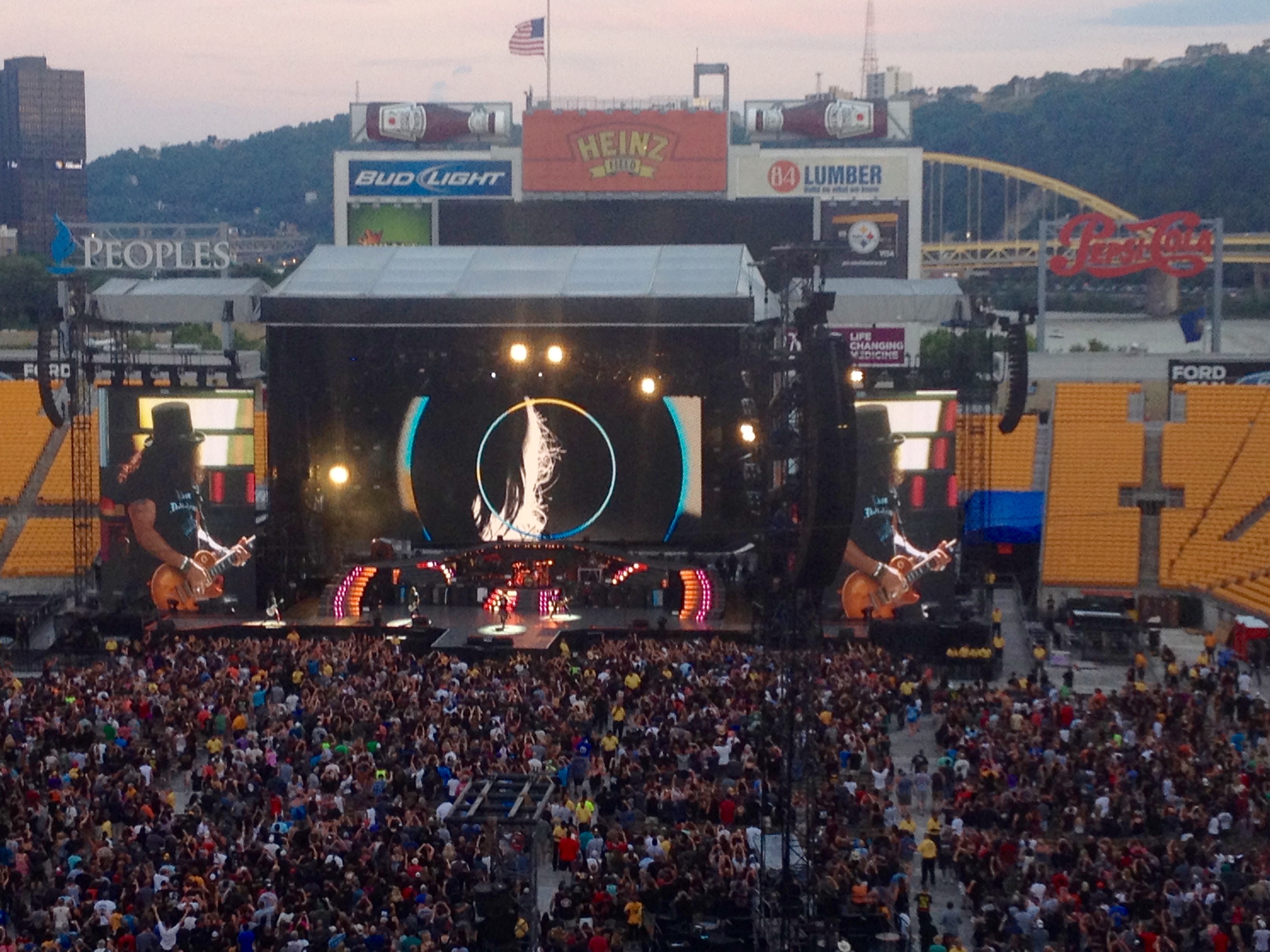 It was a three hours concert, I couldn’t believe how long they have been on stage! And honestly, great energy and great performance throughout it all!!!!!!!!!

I was happy but understood that for Alice the length of the concert was way too long… It’s like me going with her at a Maroon 5 gig… after 30 minutes who wouldn’t die!!!!!!!!! 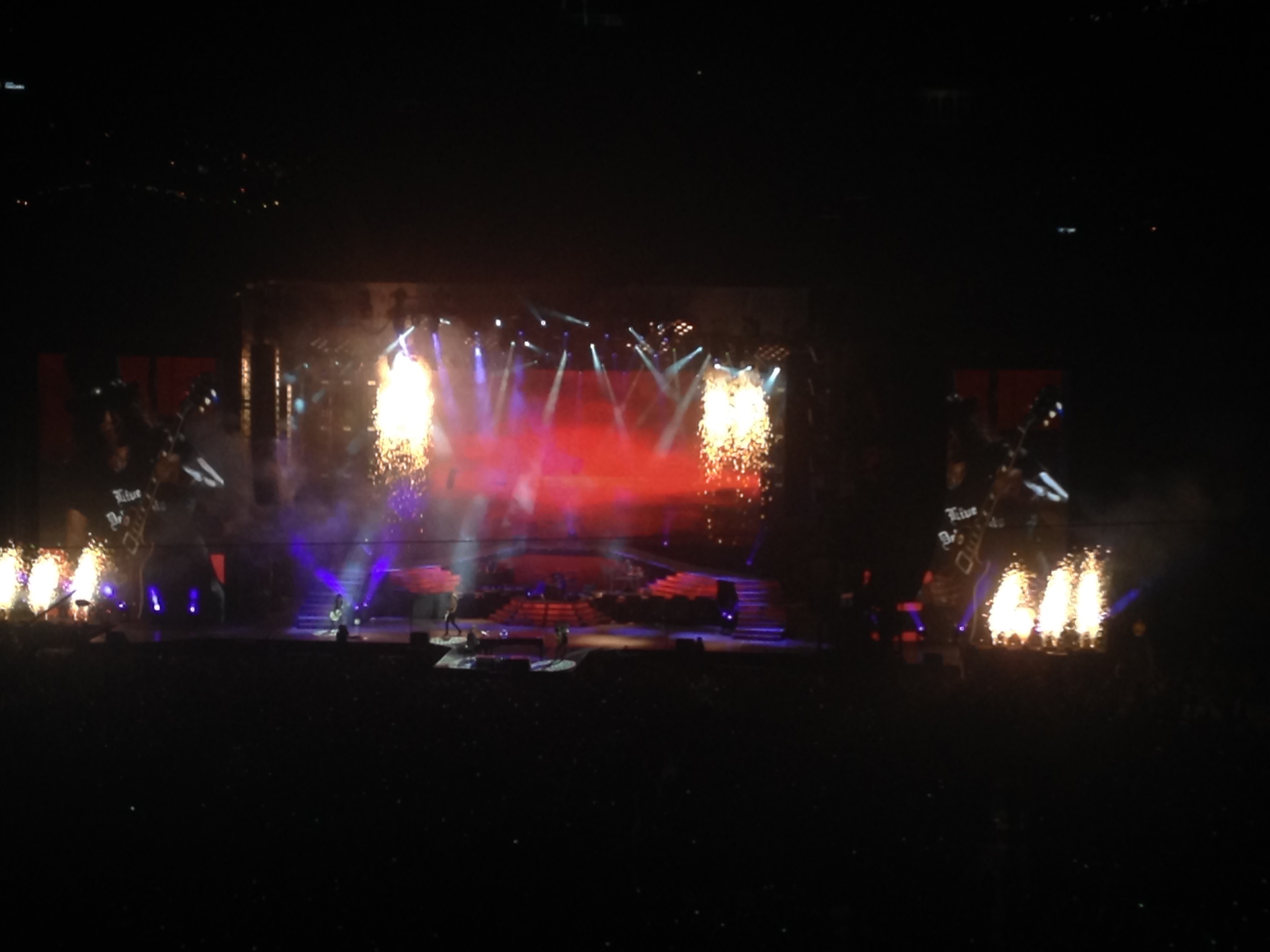 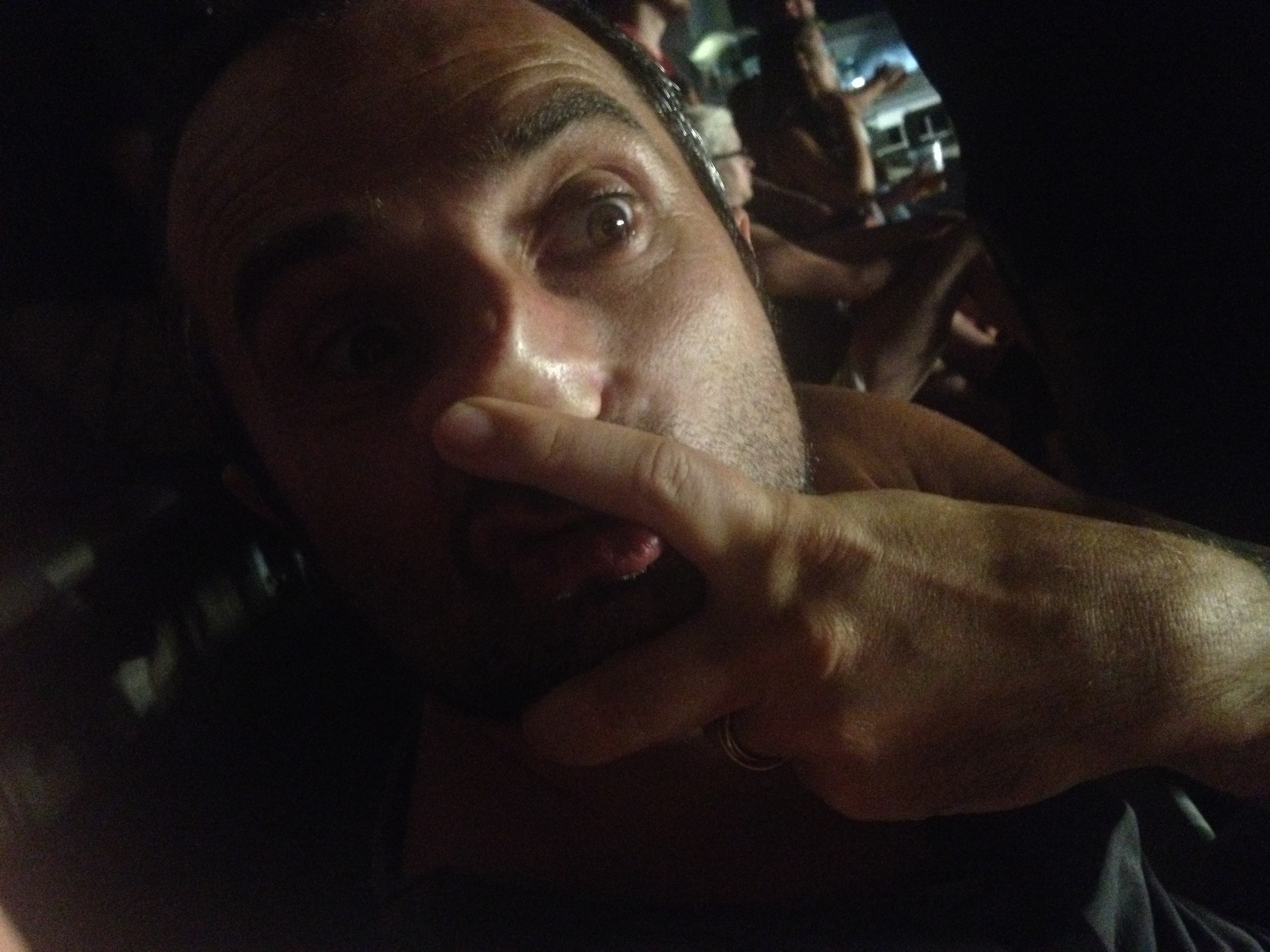 Trying to save Alice from boredom

But we had fun and got back home around midnight. There, we drunk the two mini-bottles of Prosecco the owners of the AirBnb had left for us as a wedding gift!

The next morning, we went to have brunch at Lindo’s, a local place which I strongly recommend! The waiters are a bit rough around the edges, but that’s how you can tell it’s really a genuine place where the locals go! It was delicious for both omnivorous and vegan eaters, also: very cheap!

On our way to the Megabus station, we took the metro which is free in a certain perimeter of the city. Then we stopped to our favorite place when it comes to restrooms and Wifi… Yes, you know the answer: Starbucks!

You know when you want to rest, and suddenly your peace is interrupted by four human beings shouting about their life for about 40 minutes right next to your ears, and one of them is holding a huge trash can and you just want to get up tell them: “Who the F@%$ cares about your sex life when it’s clear that you don’t have one??!!!!”
Well… I’m a bit dramatizing it but they were loud, so loud, so ‘Sex and the City’ loud that I had to leave the place! Alice didn’t care so I was left to my own device outside waiting for the moment to leave… 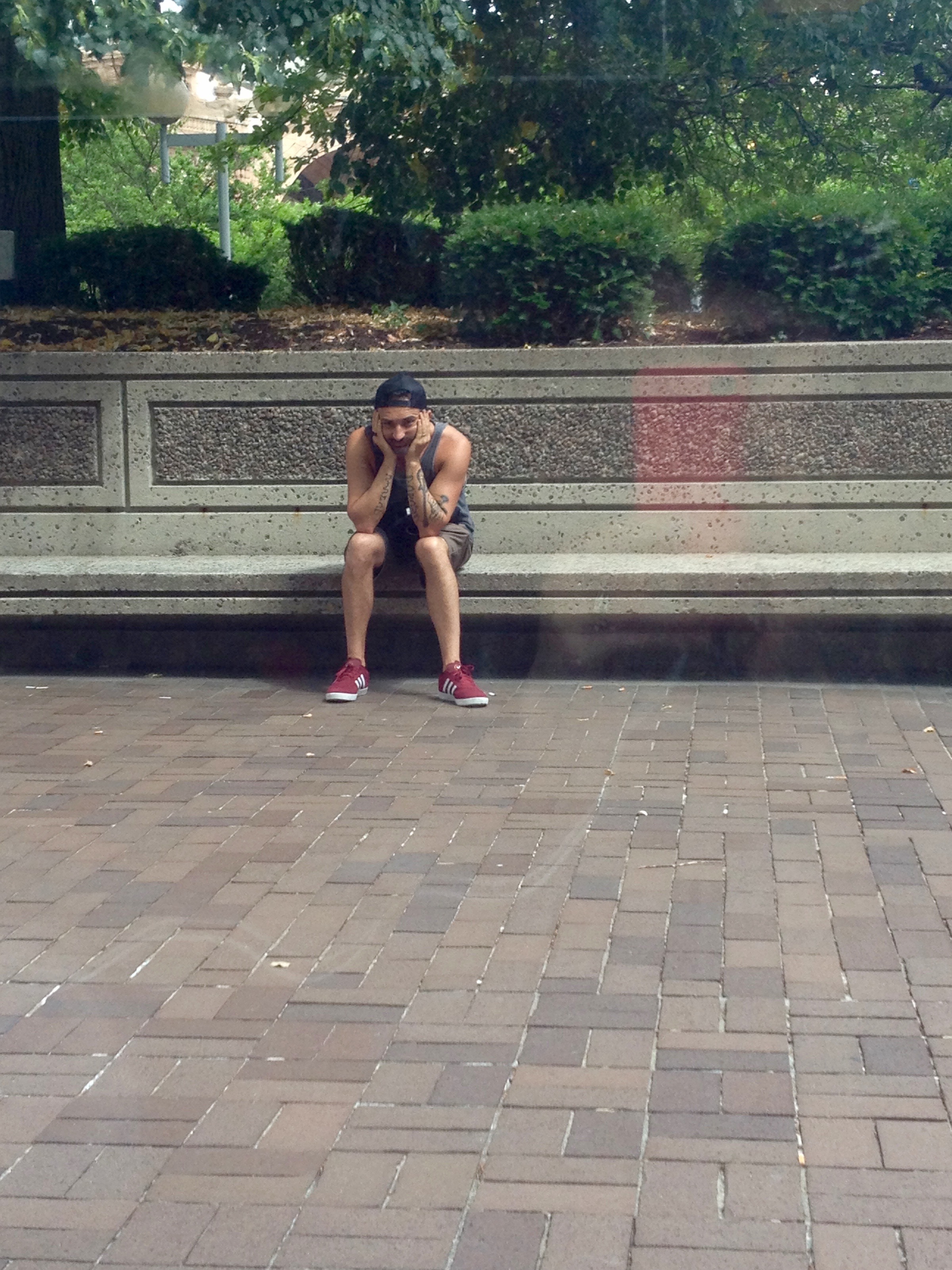 Brooding out by myself

Thanks to an Italian woman (grazie mille, madre patria) we found the bus stop. At the beginning of the ride, we had A.C. problems but it got all fixed and then we were ready to leave for Washington D.C.! 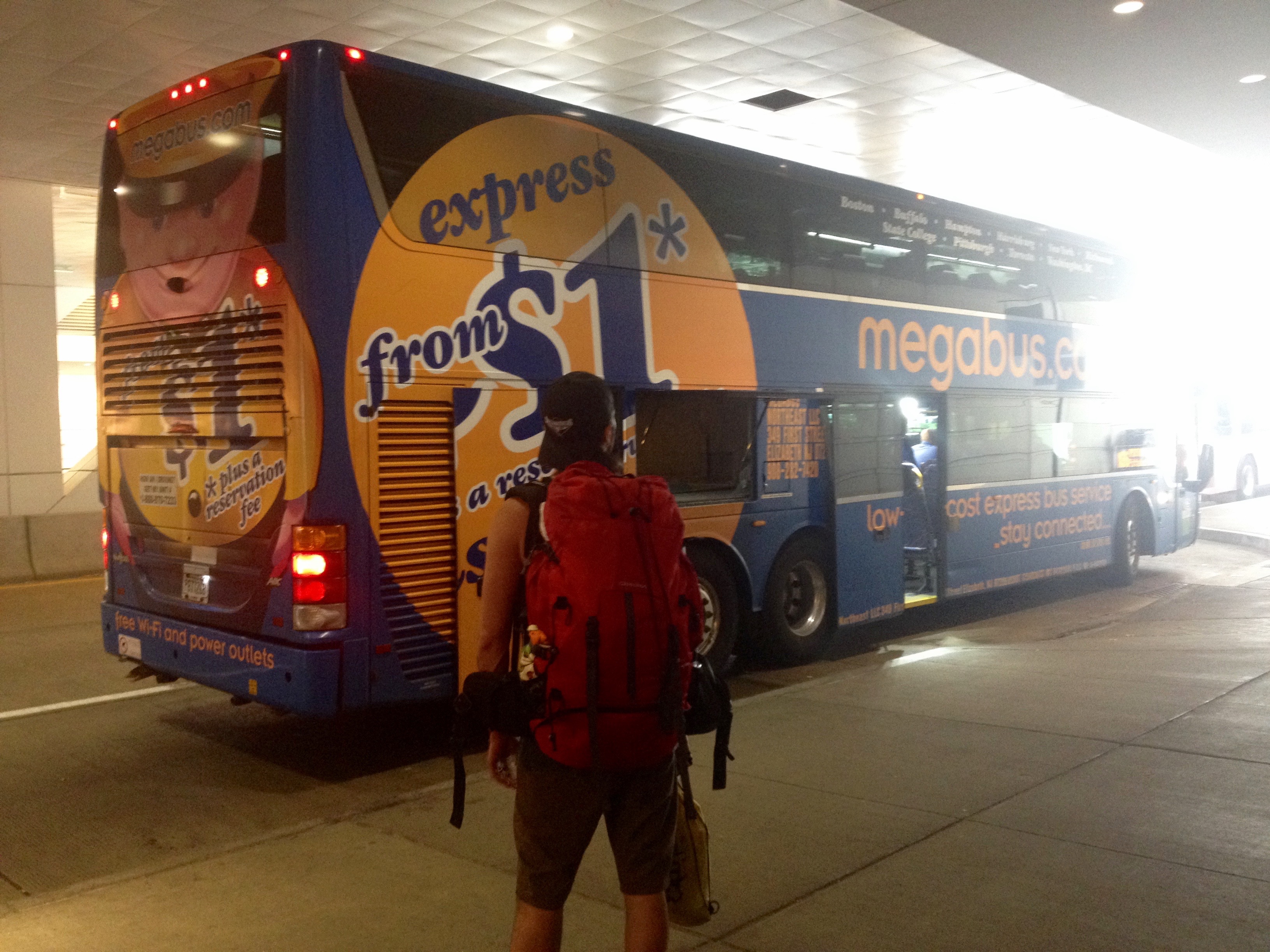 Ready to board the Megabus !! 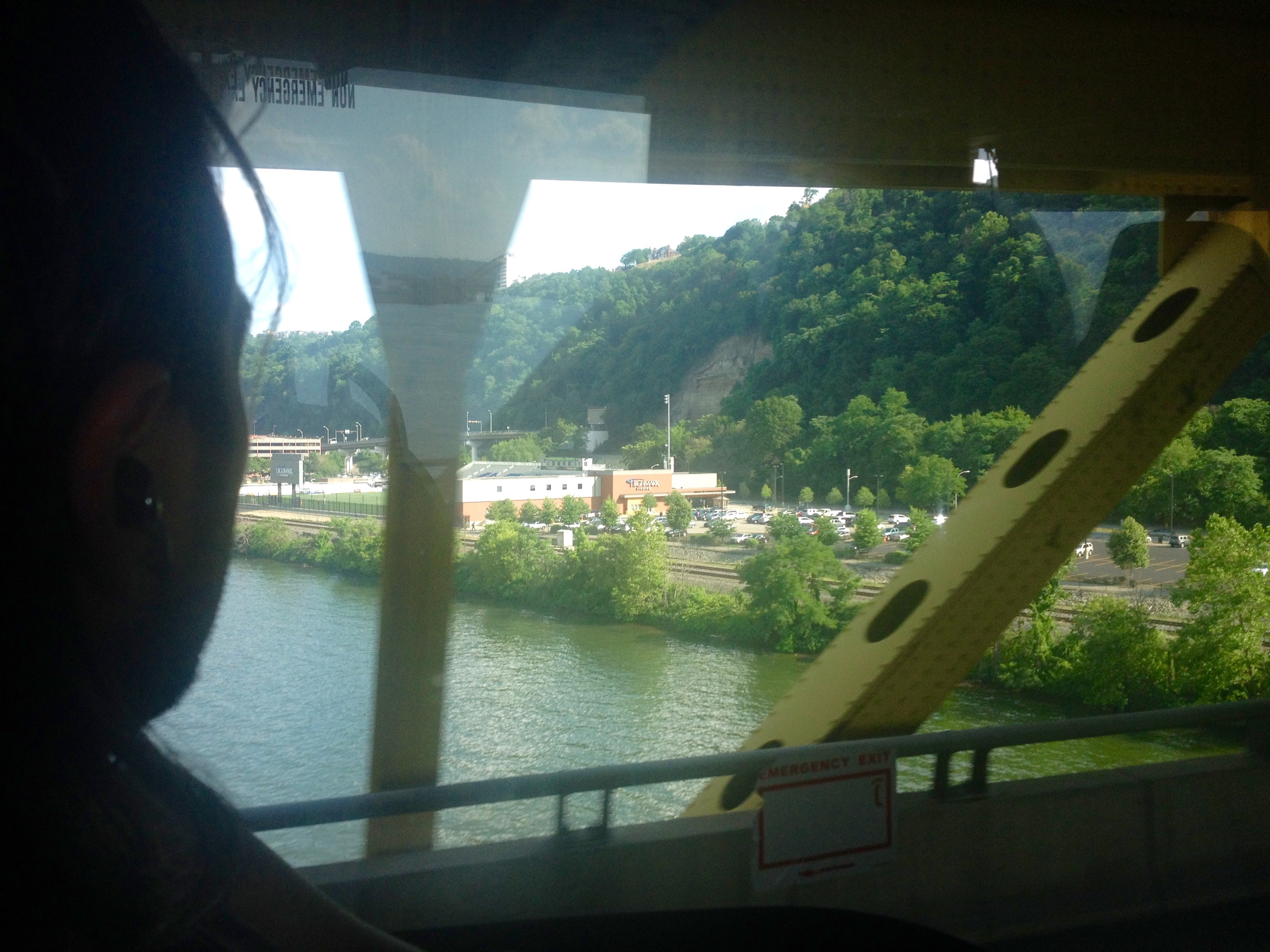 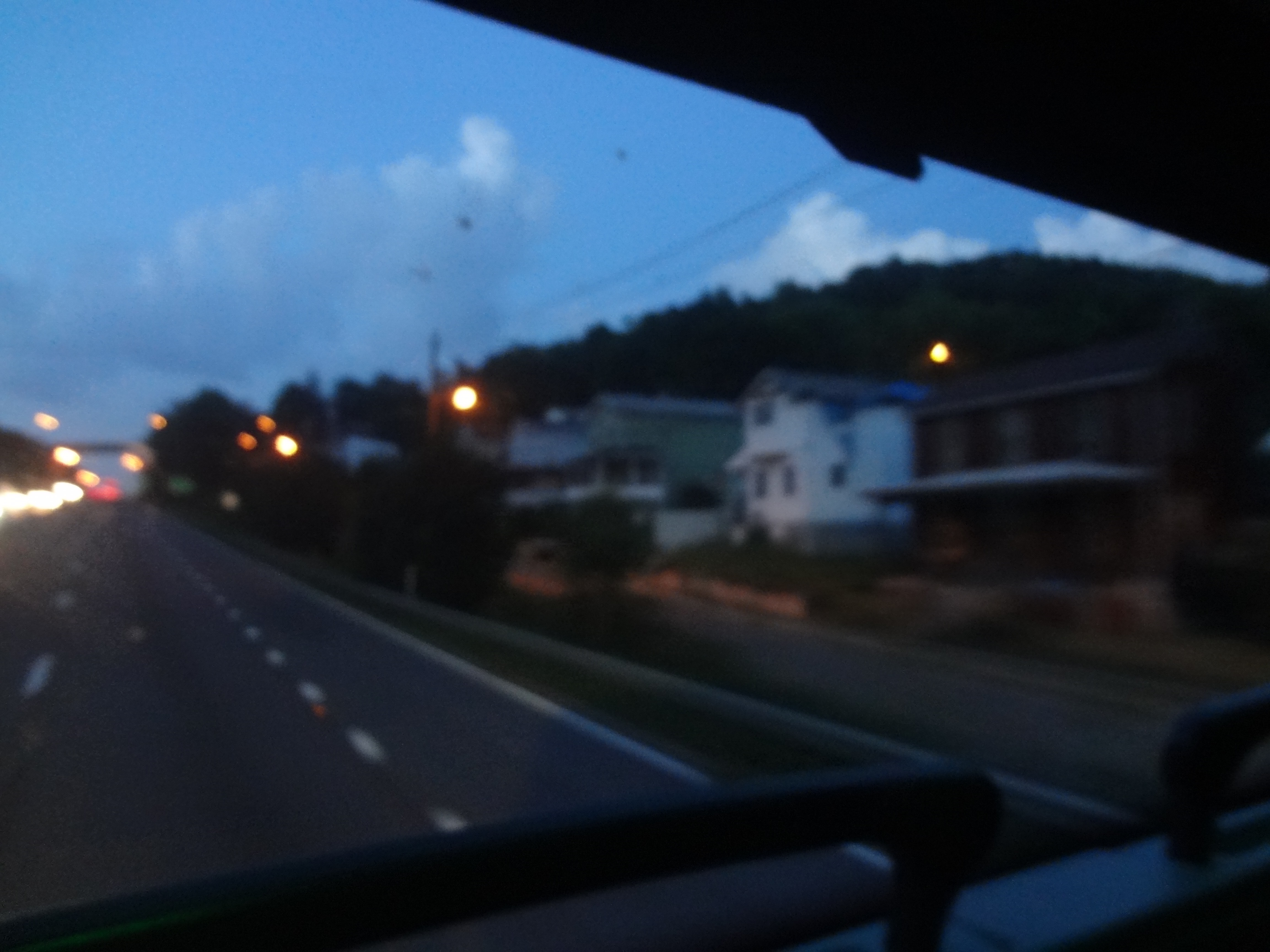 Going to Washington by bus

We arrived around midnight and the metro we were supposed to take to go to Bethesda was closed, so we called Uber.
A $37 ride in the State of Maryland by night later, we arrived at Millie’s place. Millie is family of family, an incredibly nice woman who’s had an exciting life working all around the world in the nuclear field. We felt super welcome when we arrived even though it was past everybody’s bedtime, food and drinks room were ready for us in a beautiful house surrounded by nature!

And now let’s get to bed because I’m tired and I need to translate all of this in Italian!

Haha yeeees !! It was kind of incredible !

[…] hosted by an amazing woman : MillieÂ (you can find out who Millie is by checking the end of our last article).Â We planned to spend the first day in Washington and to go see Georgetown University. If we still […]