A day in Washington D.C. : the Heat Wave edition !

From the 14th to the 16th, our trip took us to Bethesda, a town near Washington D.C. We were hosted by an amazing woman: Millie (you can find out who Millie is by checking the end of our  previous article). We planned to spend the first day in Washington and to go see Georgetown University. If we still had time, we’d see then what to do. The weather kind of decided for us…

On the first day of our trip in Washington D.C., breakfast was spent with our host Millie. We went to Le Pain Quotidien, which is a French brand of restaurants. I sometimes go there in Paris, because they have delicious vegan dishes and an awesome apple&blackcurrant juice! Then Millie drove us to Bethesda Metro Station so we could go to Washington D.C.

Washington was not necessarily the place I absolutely wanted to see, but I was excited to discover the famous city of the White House.
Well, let me tell you… It was a mistake to go there in the summer! It was so hot I had difficulties breathing. I’m not a particularly fragile woman (I’ve traveled to India in the summer, Thailand during monsoon, etc.), but the heat was so brutal I thought my lungs would fail me! It was up to 100°F or 37°C… Truth be told, I didn’t even want to be there in these conditions… but we felt we should at least try to see some cool stuff.

If you want to enjoy the city at its best, you should really visit in late March-beginning of April when you can see the beautiful cherry blossoms in Washington DC! 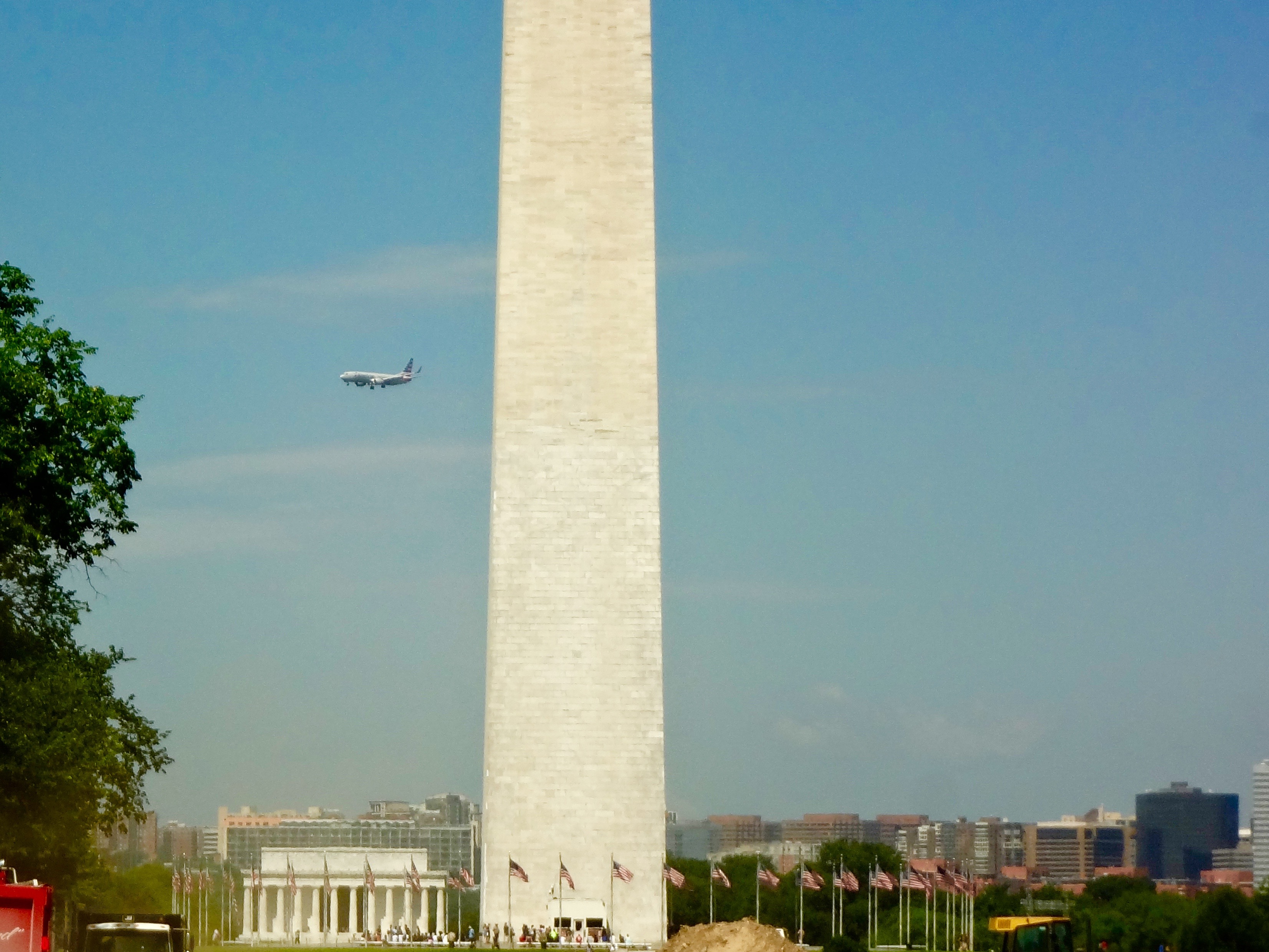 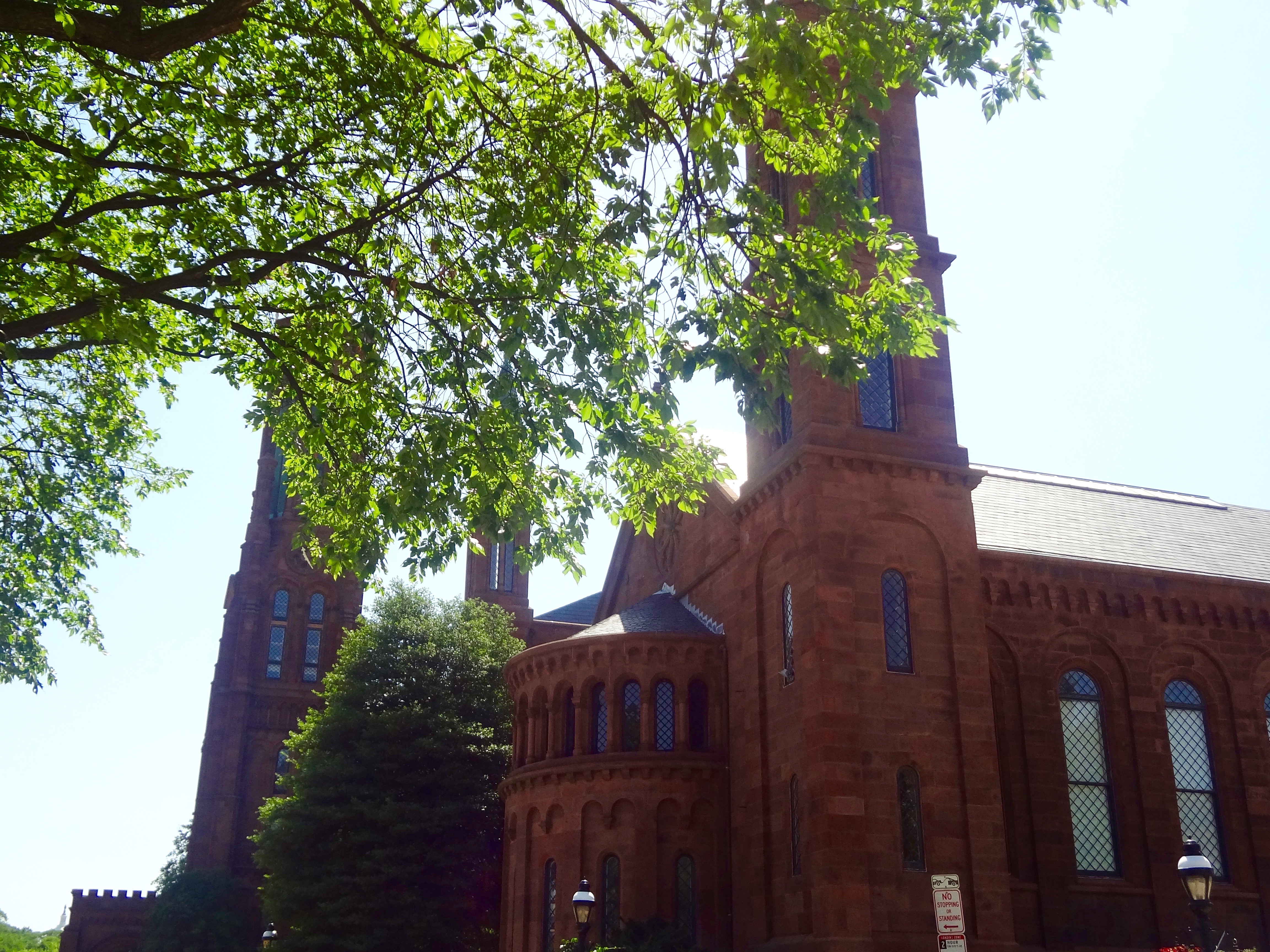 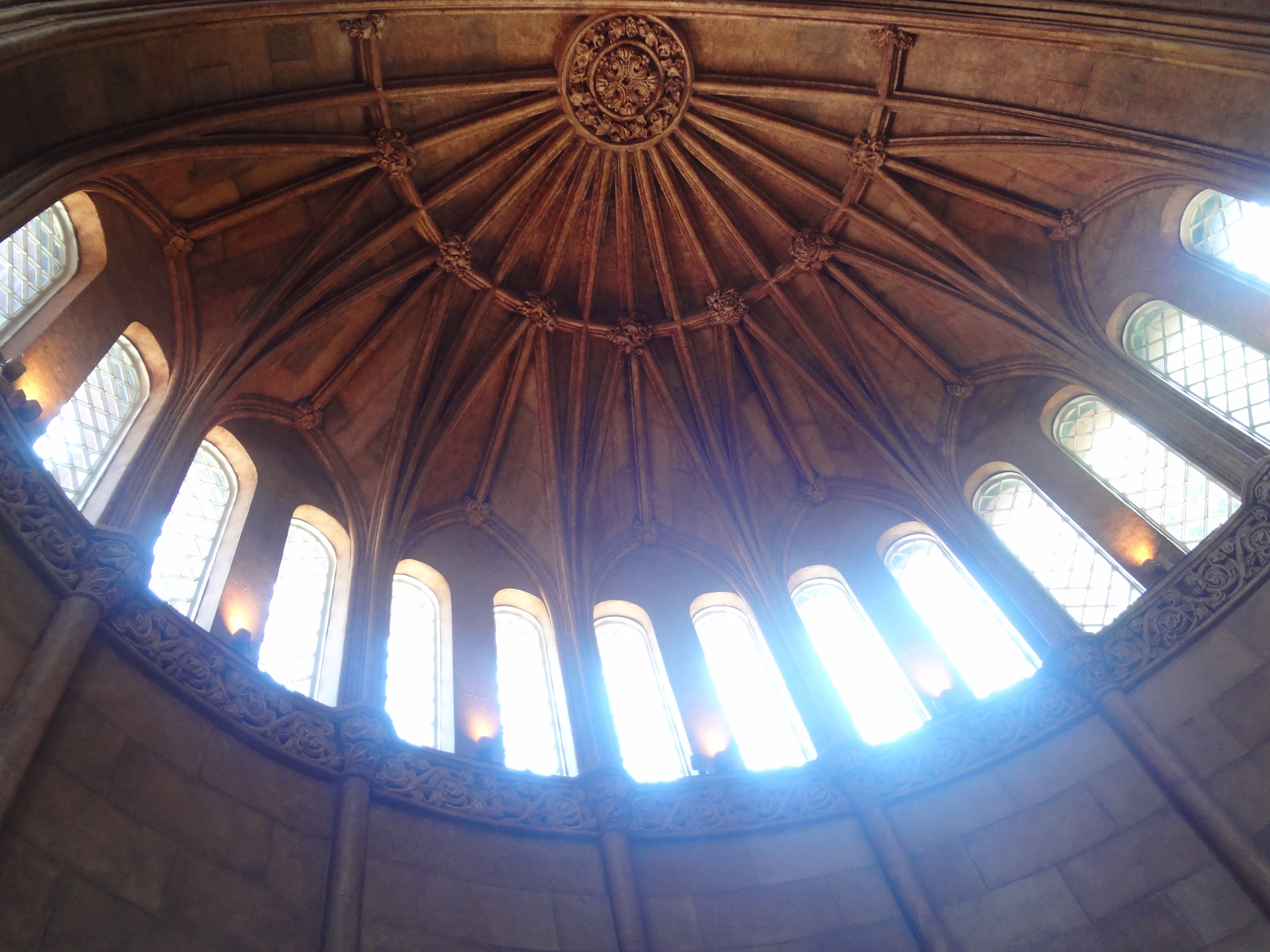 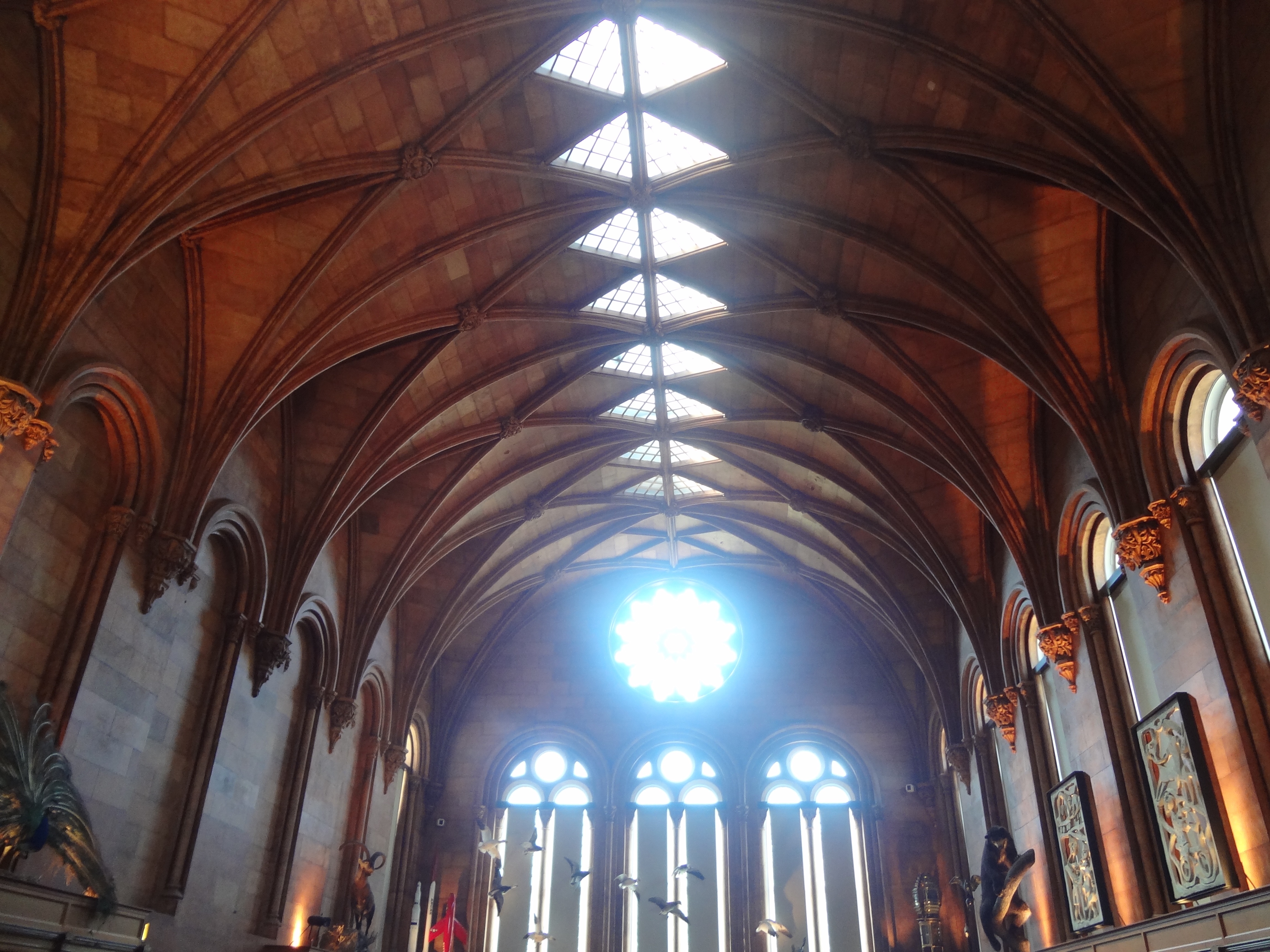 Inside the Smithsonian Institution Building 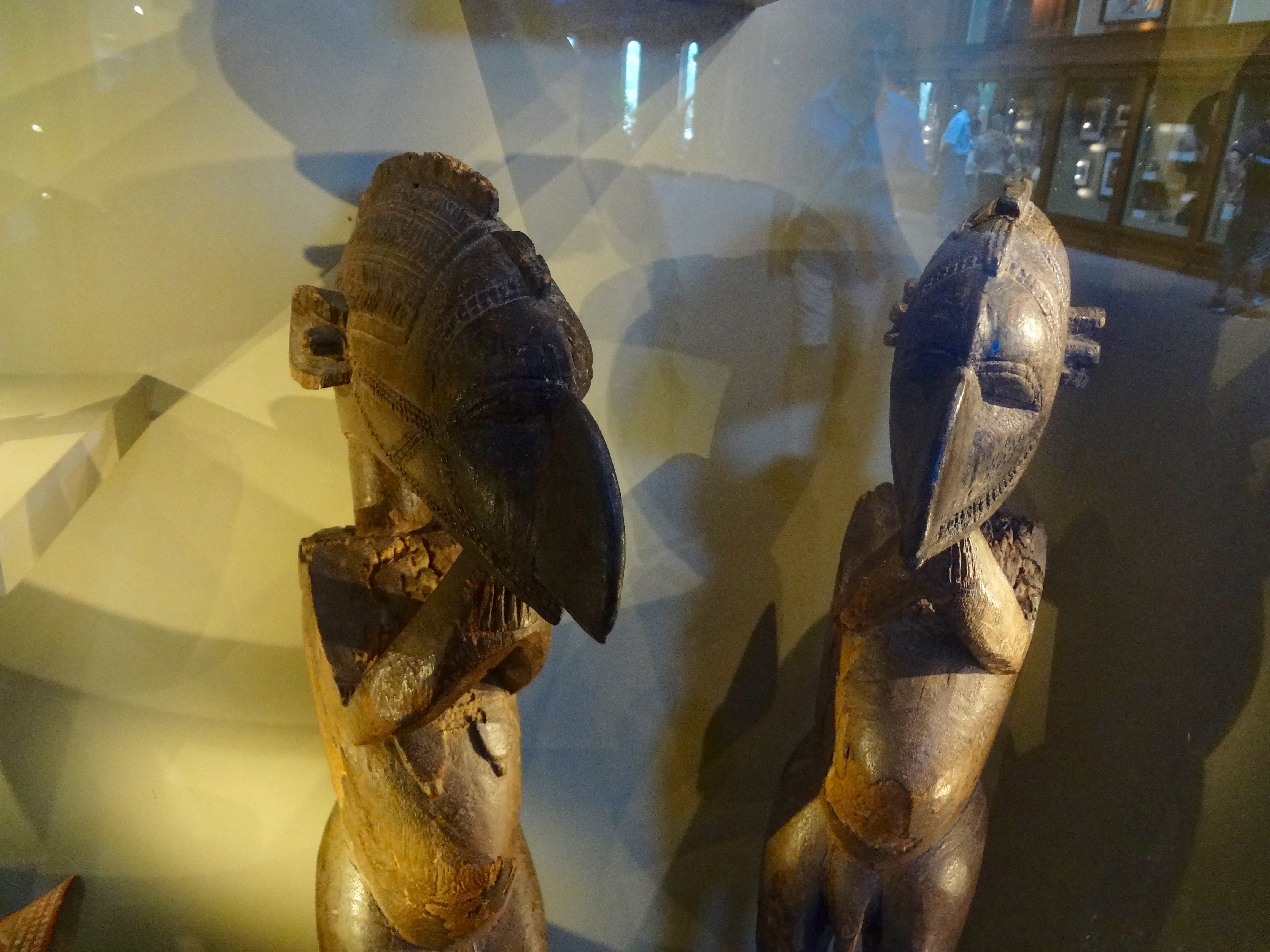 Some of the art in display inside 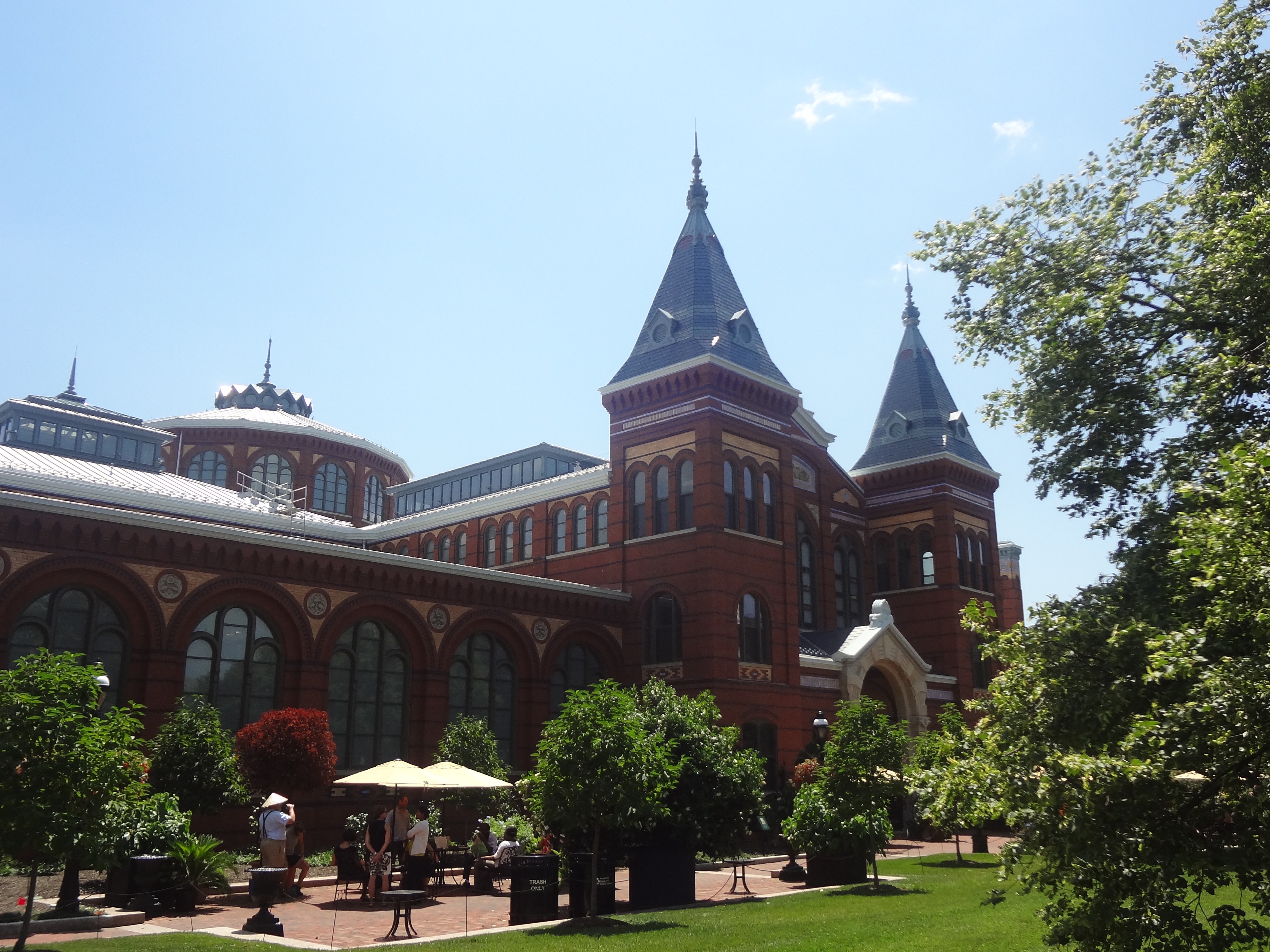 Next was the Smithsonian Air & Space Museum. I adored this place, and so did Simone. We could have stayed all day! It was huge and incredibly rich in information. The scenography was very well done and I couldn’t get enough of it. It was pretty crowded though, so we skipped a few attractions because we didn’t want to do much queue. The gift shop was also great and if we weren’t on a budget I would have spent a lot of money !! 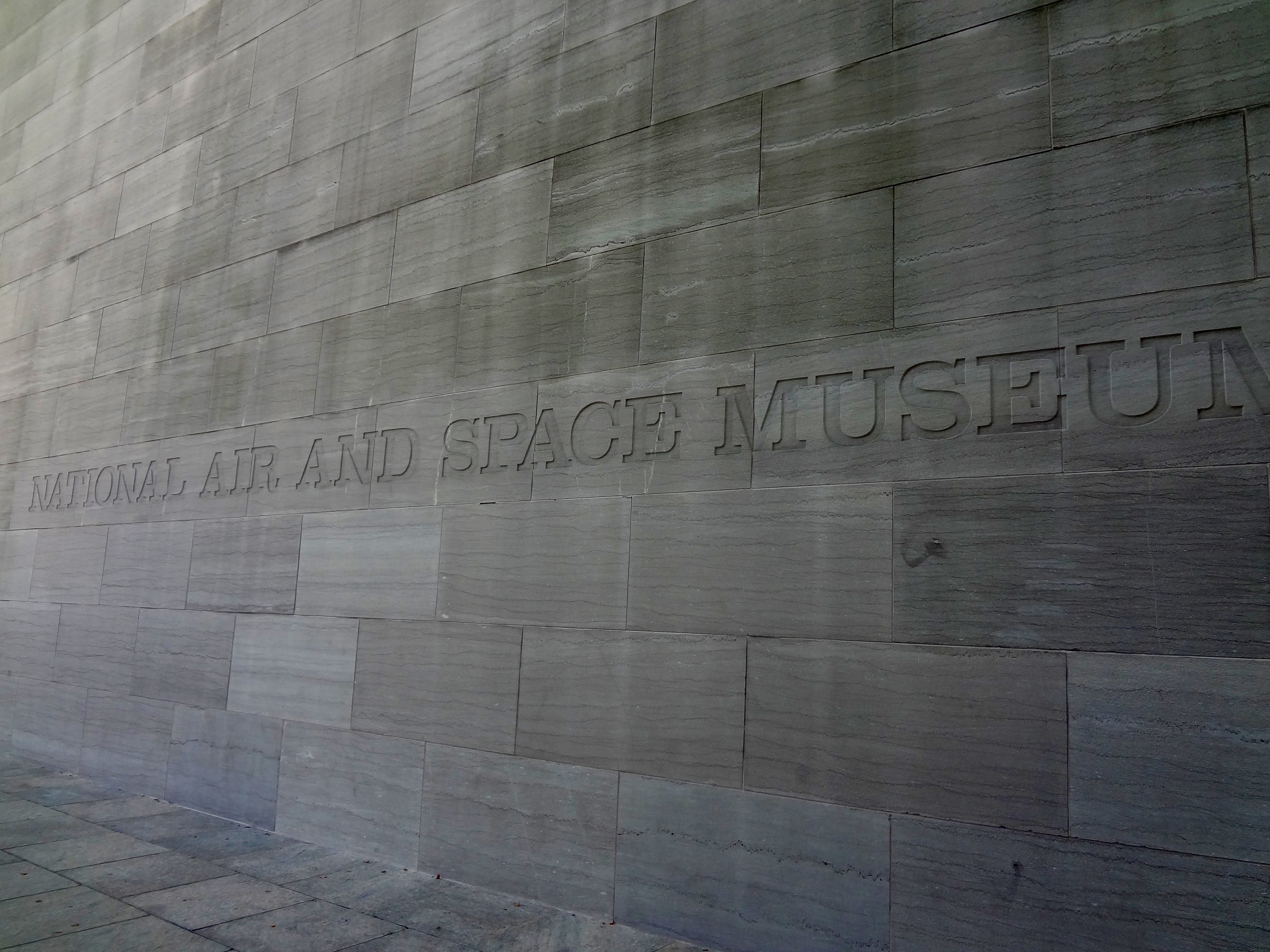 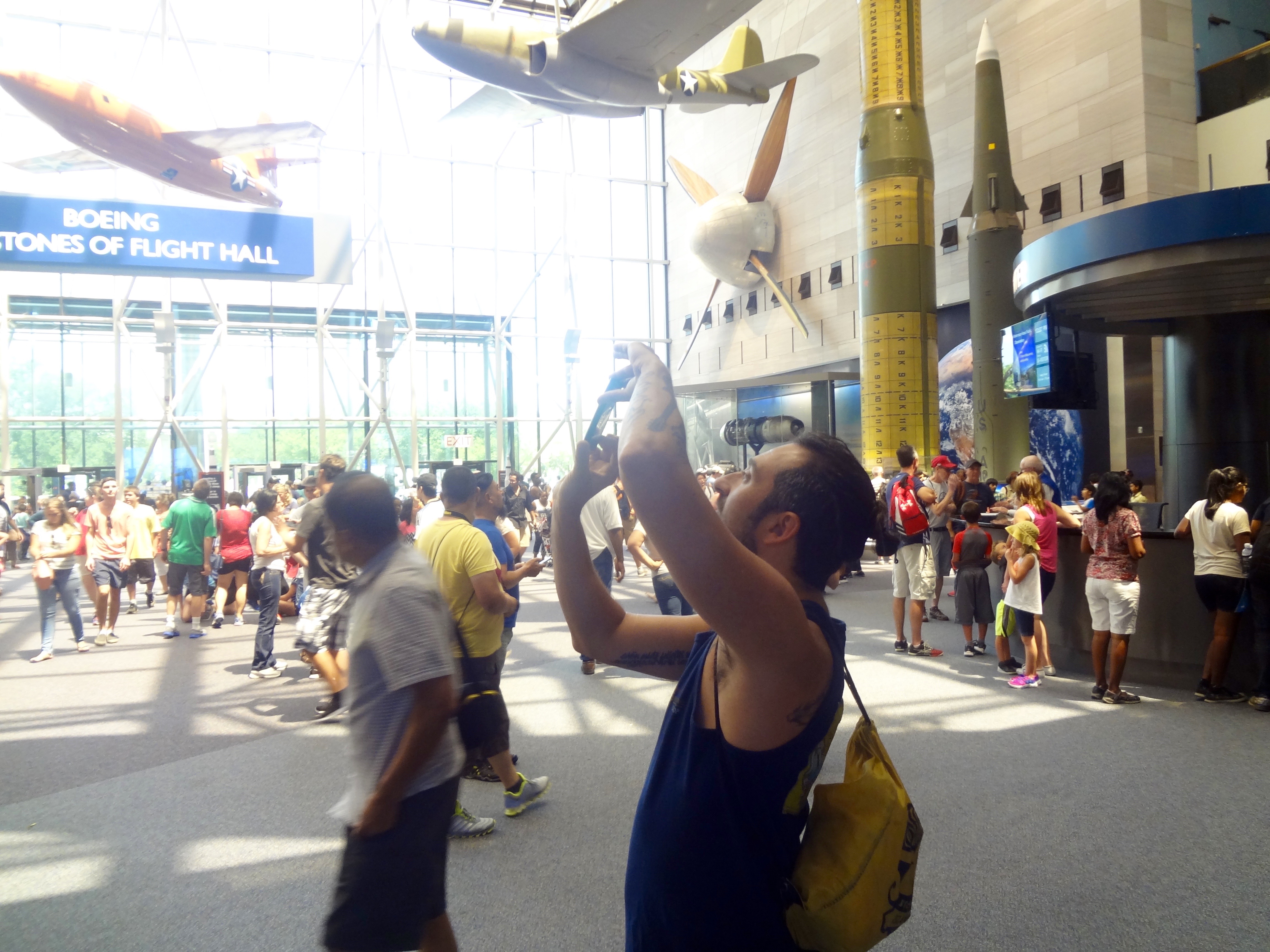 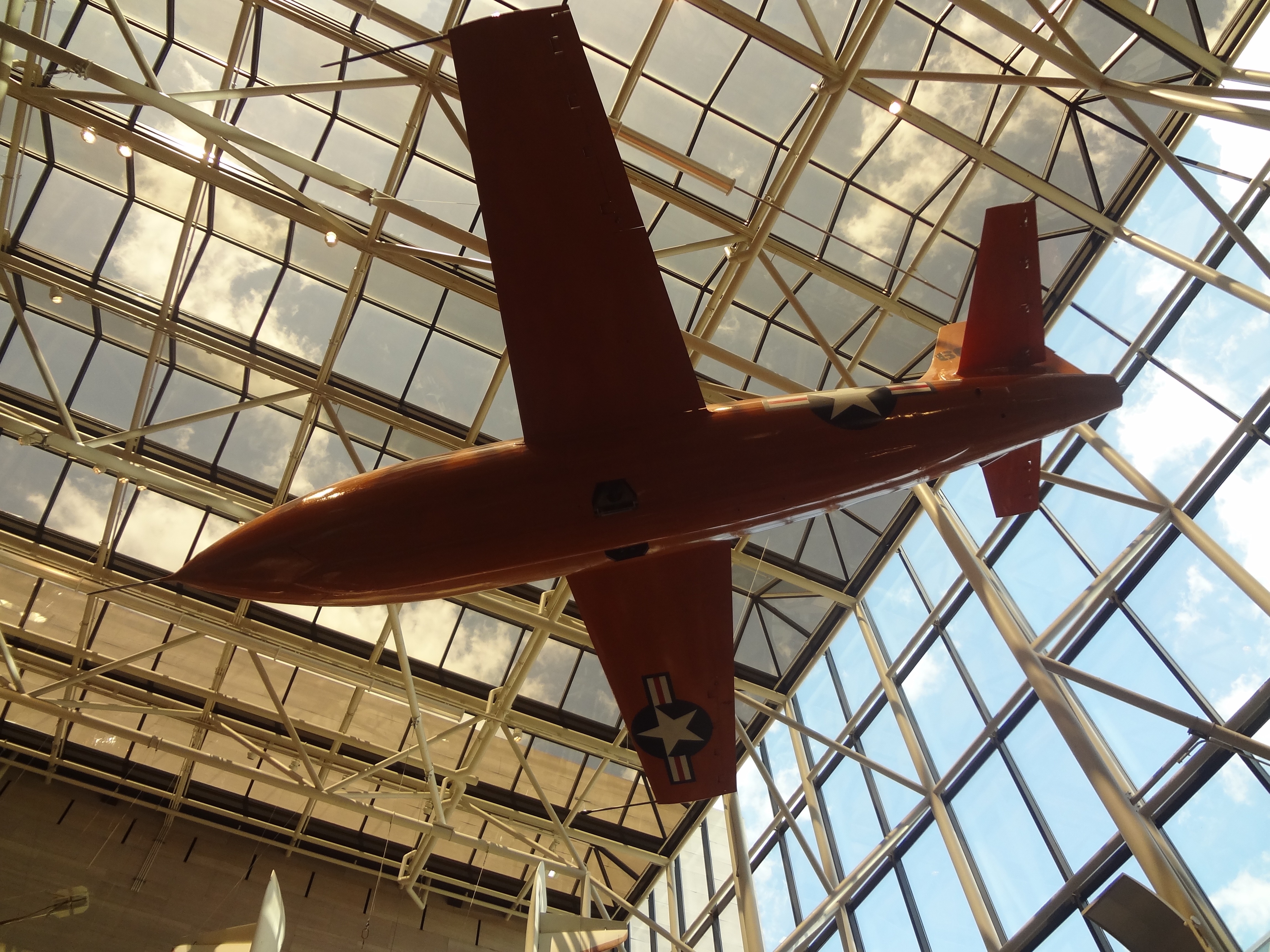 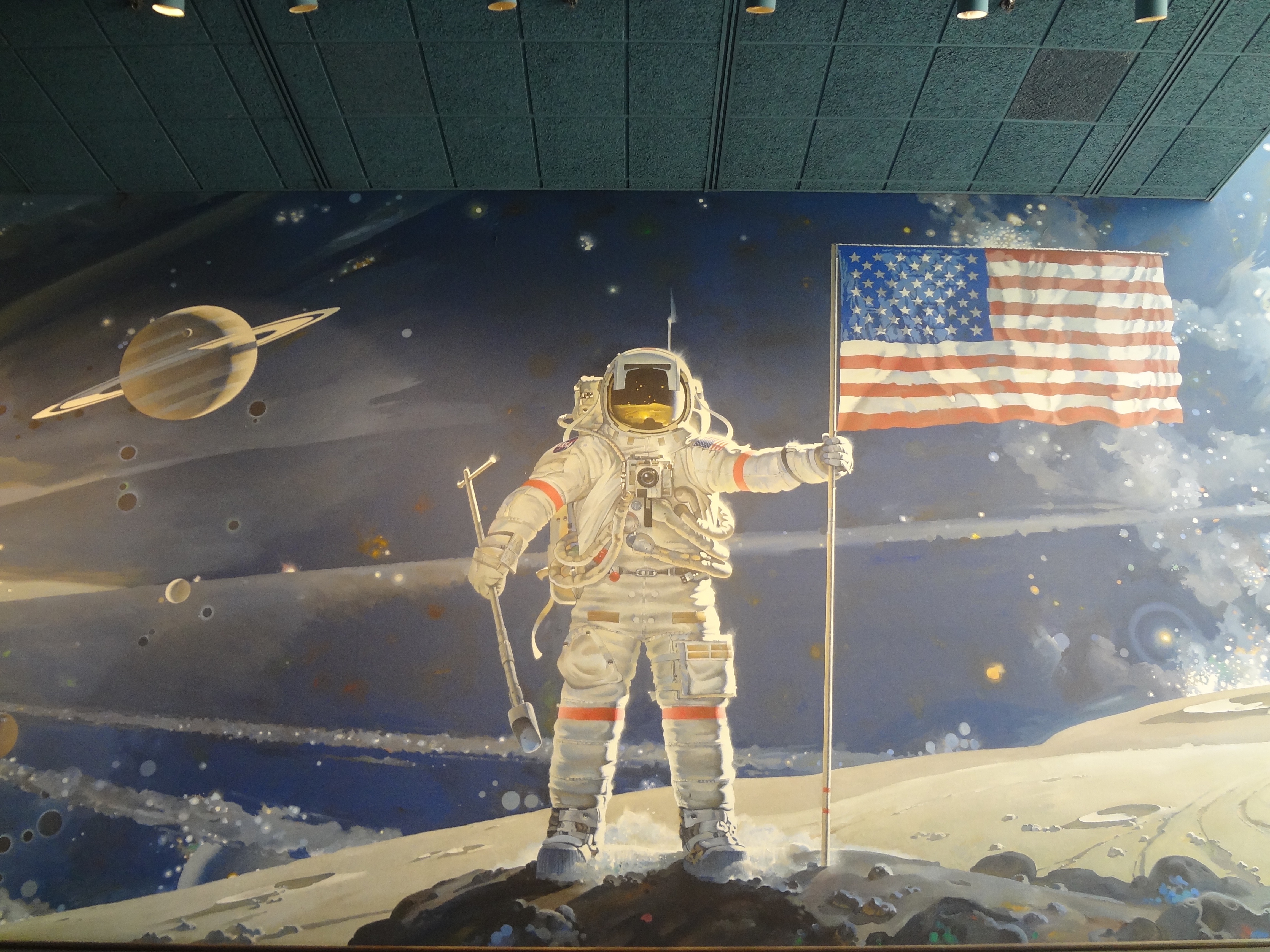 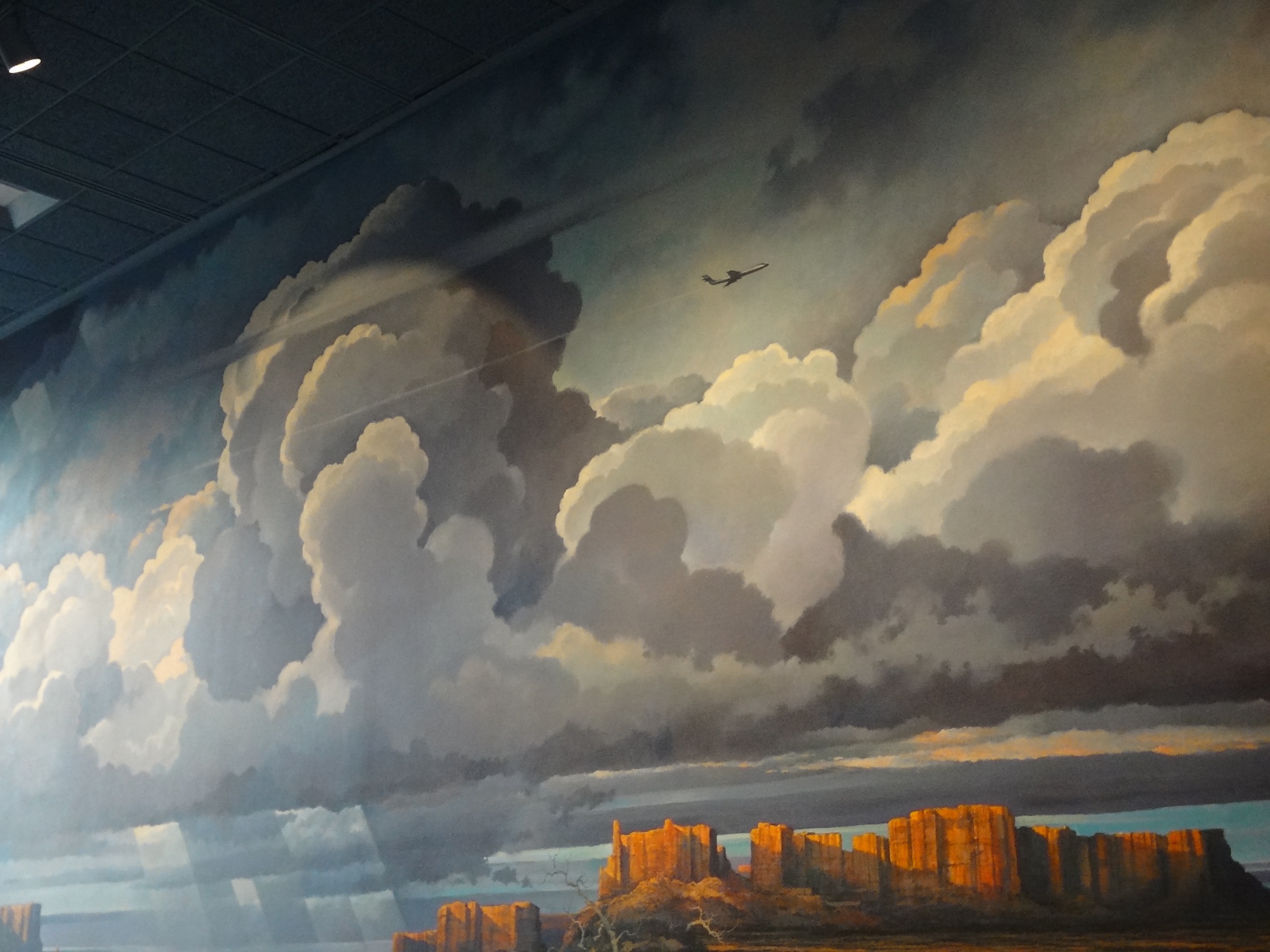 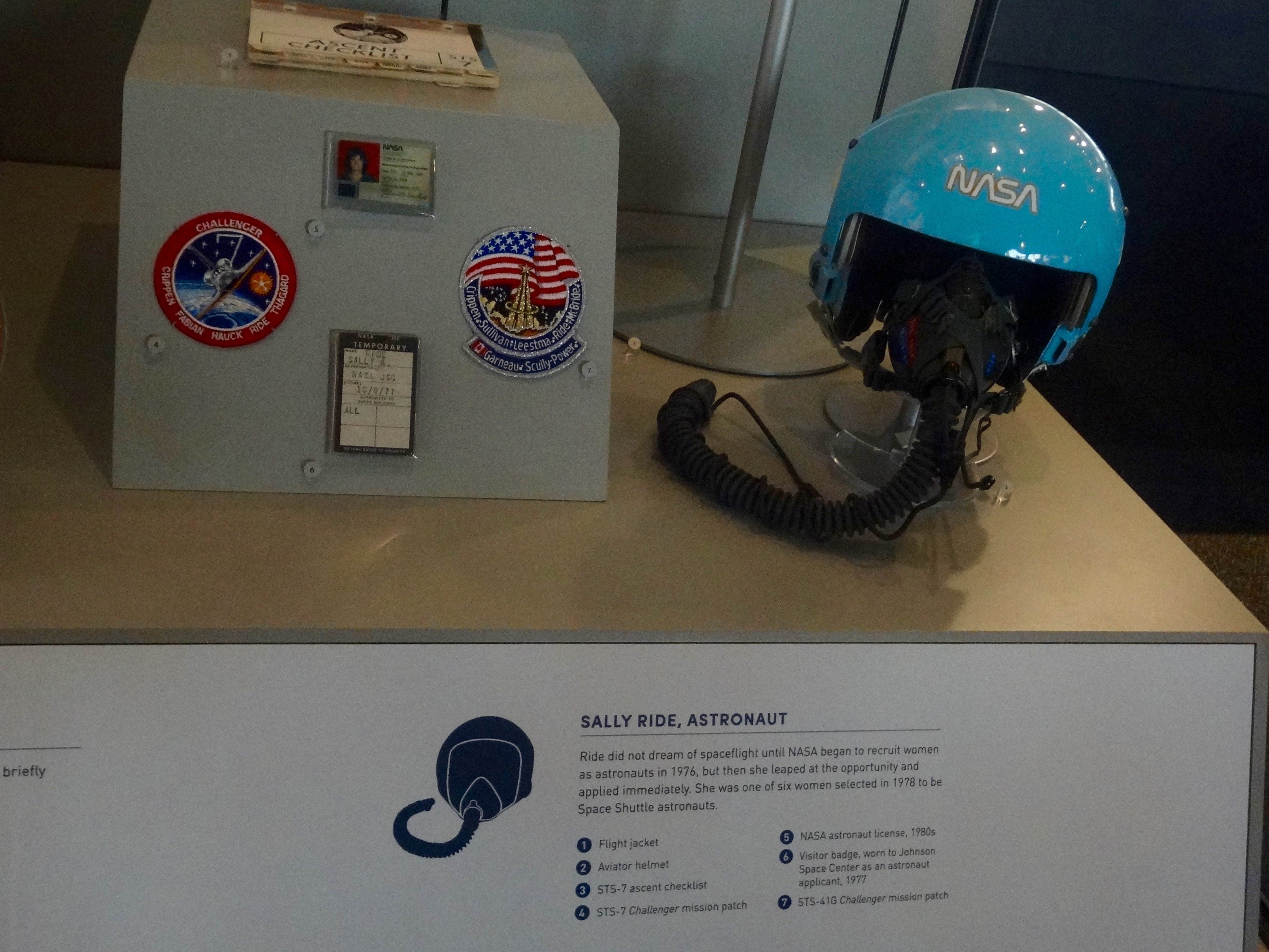 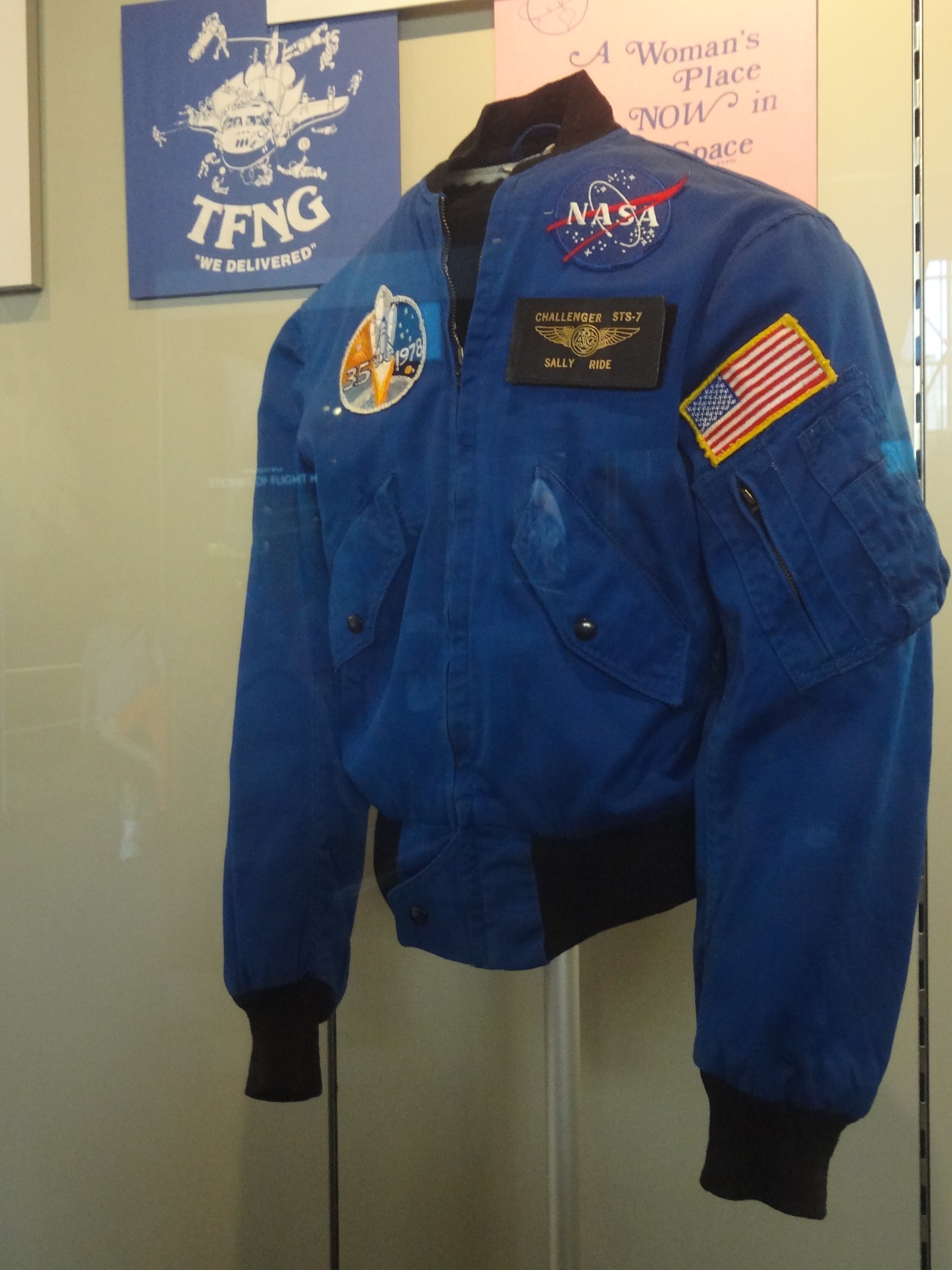 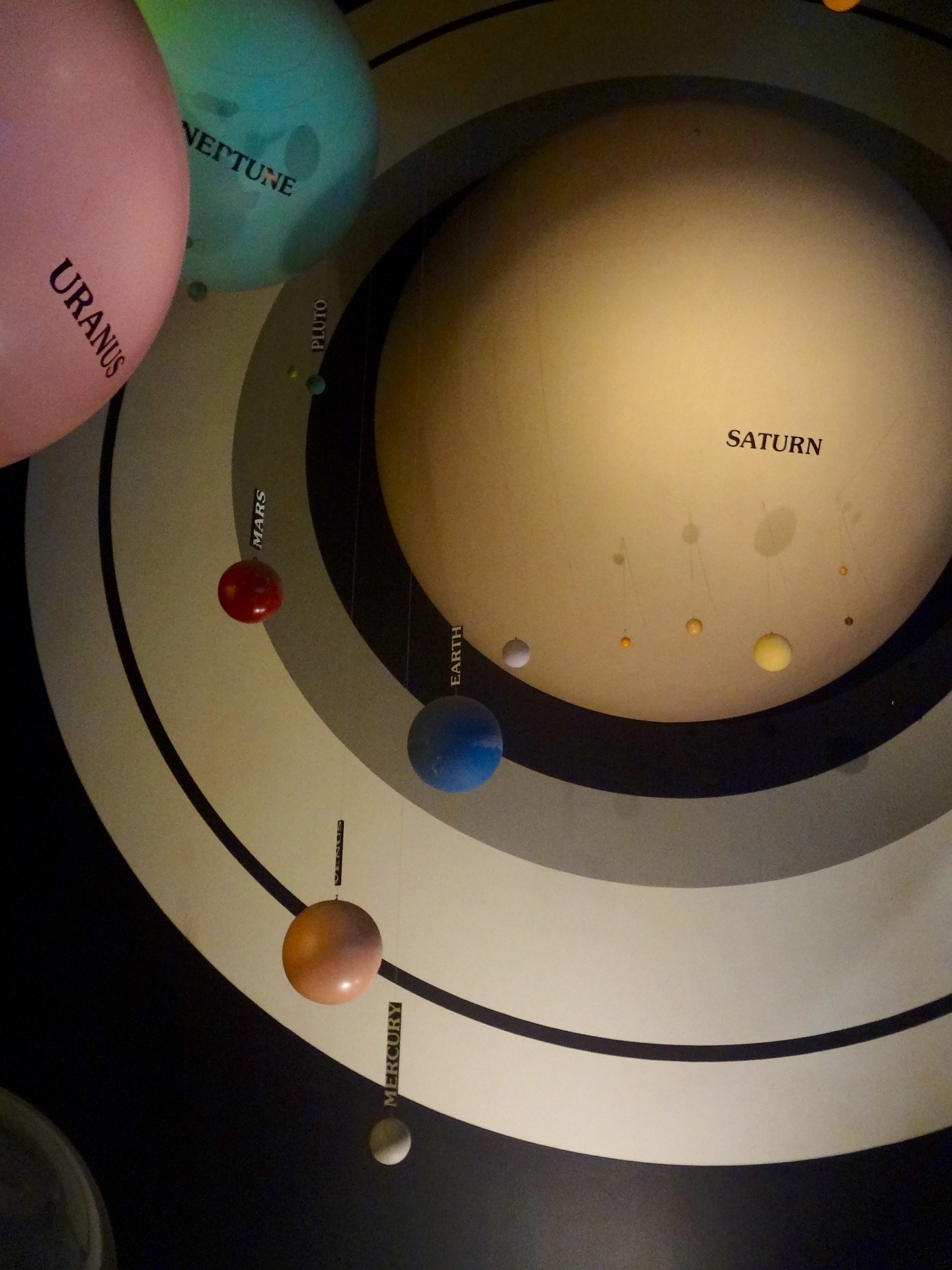 Learning about the Solar System 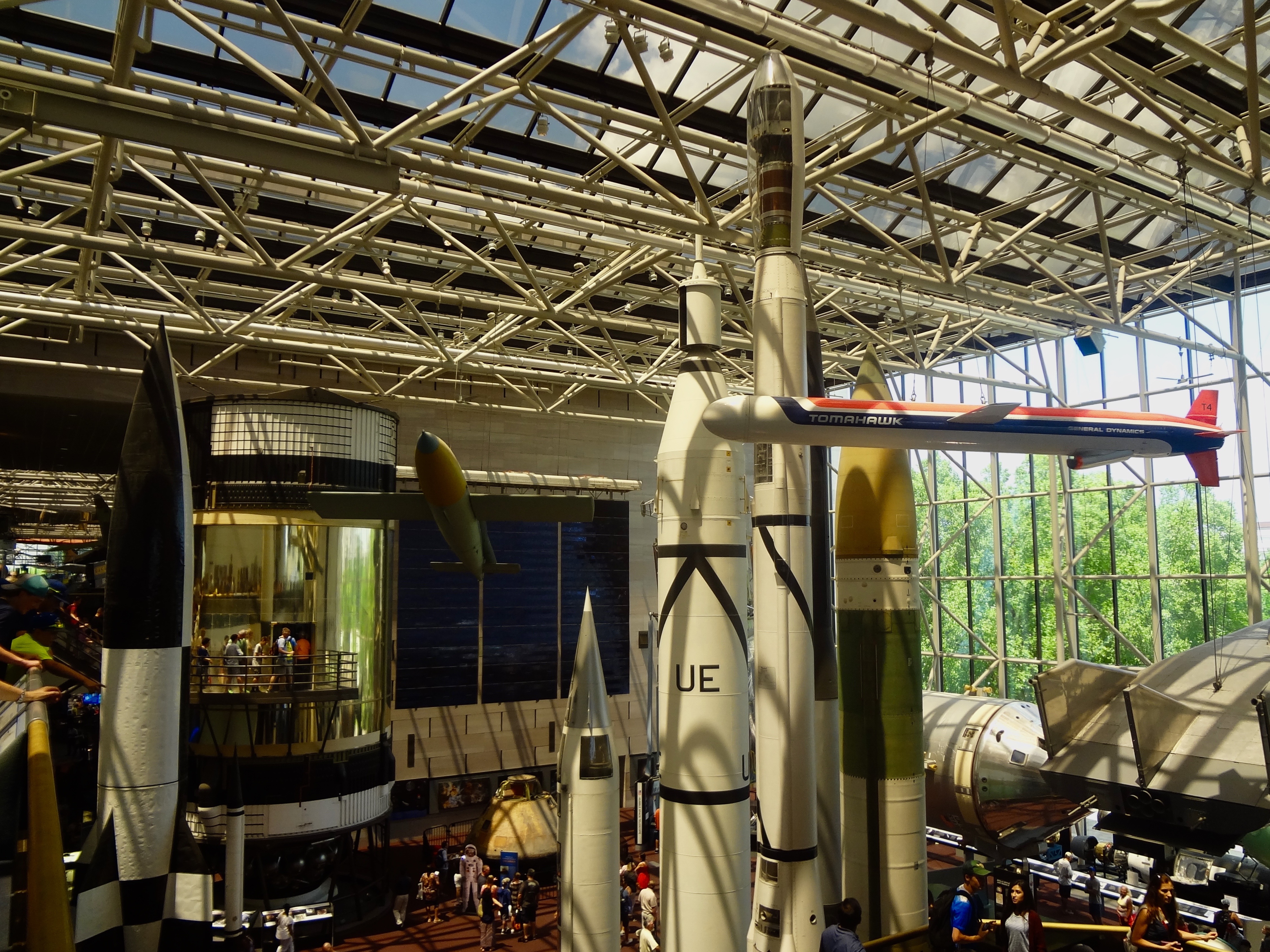 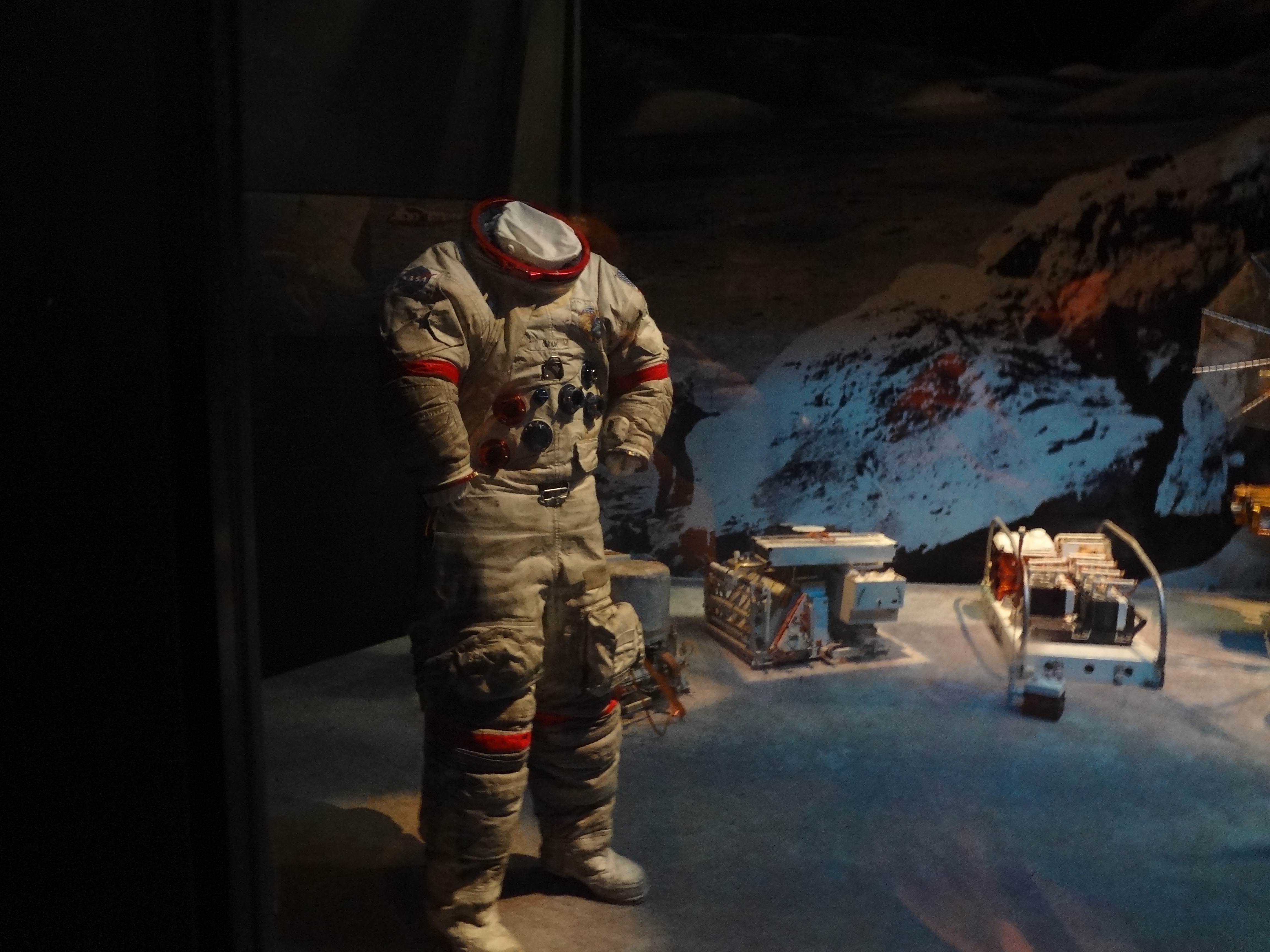 Welcome to the Moon

The last museum we visited was the American Indian Museum. It was pretty great even though we didn’t spend too much time over there. I learned a lot of things, including some native myths. I really enjoyed seeing all the flags of the American Indian nations that I didn’t know at all! 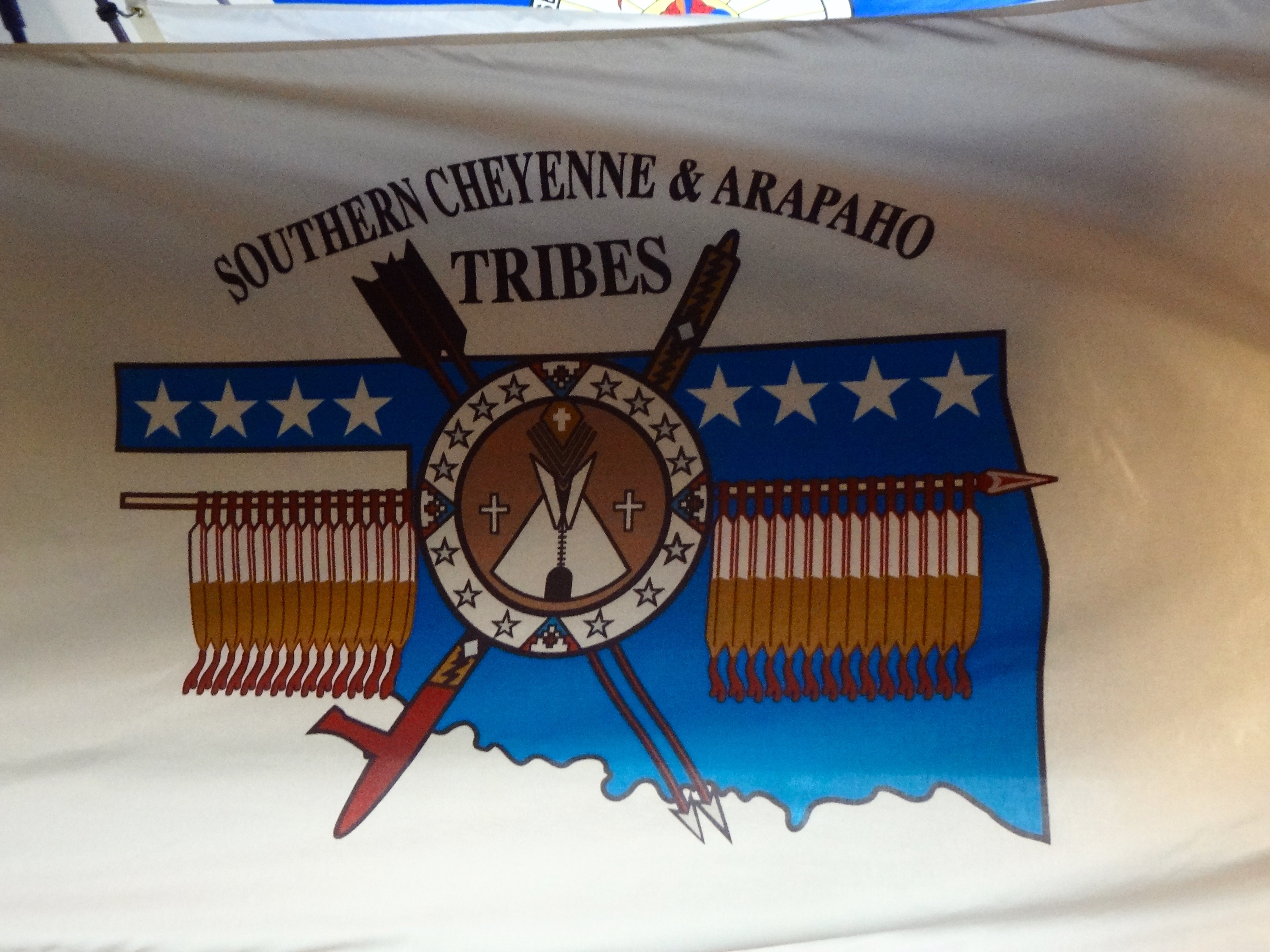 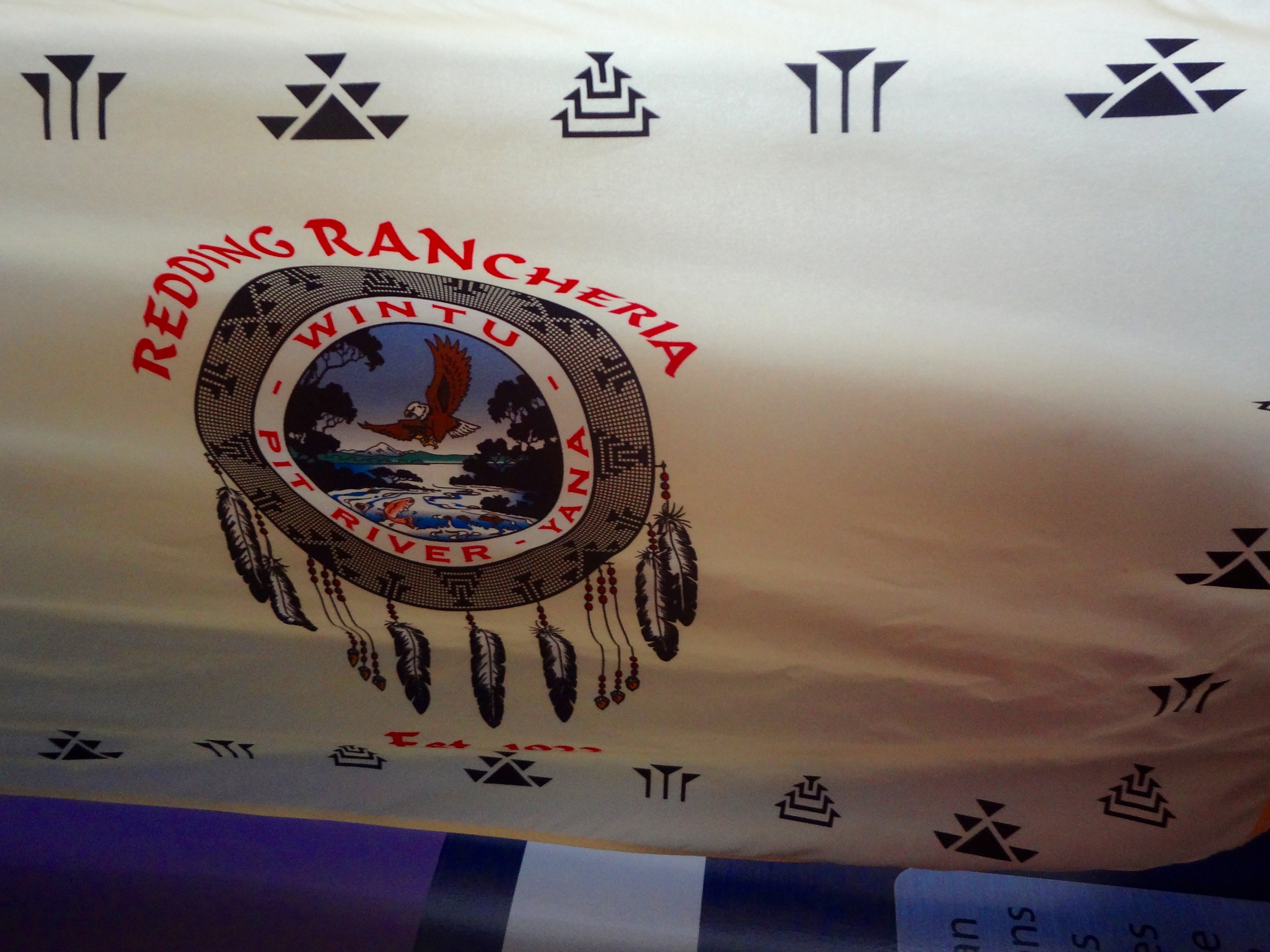 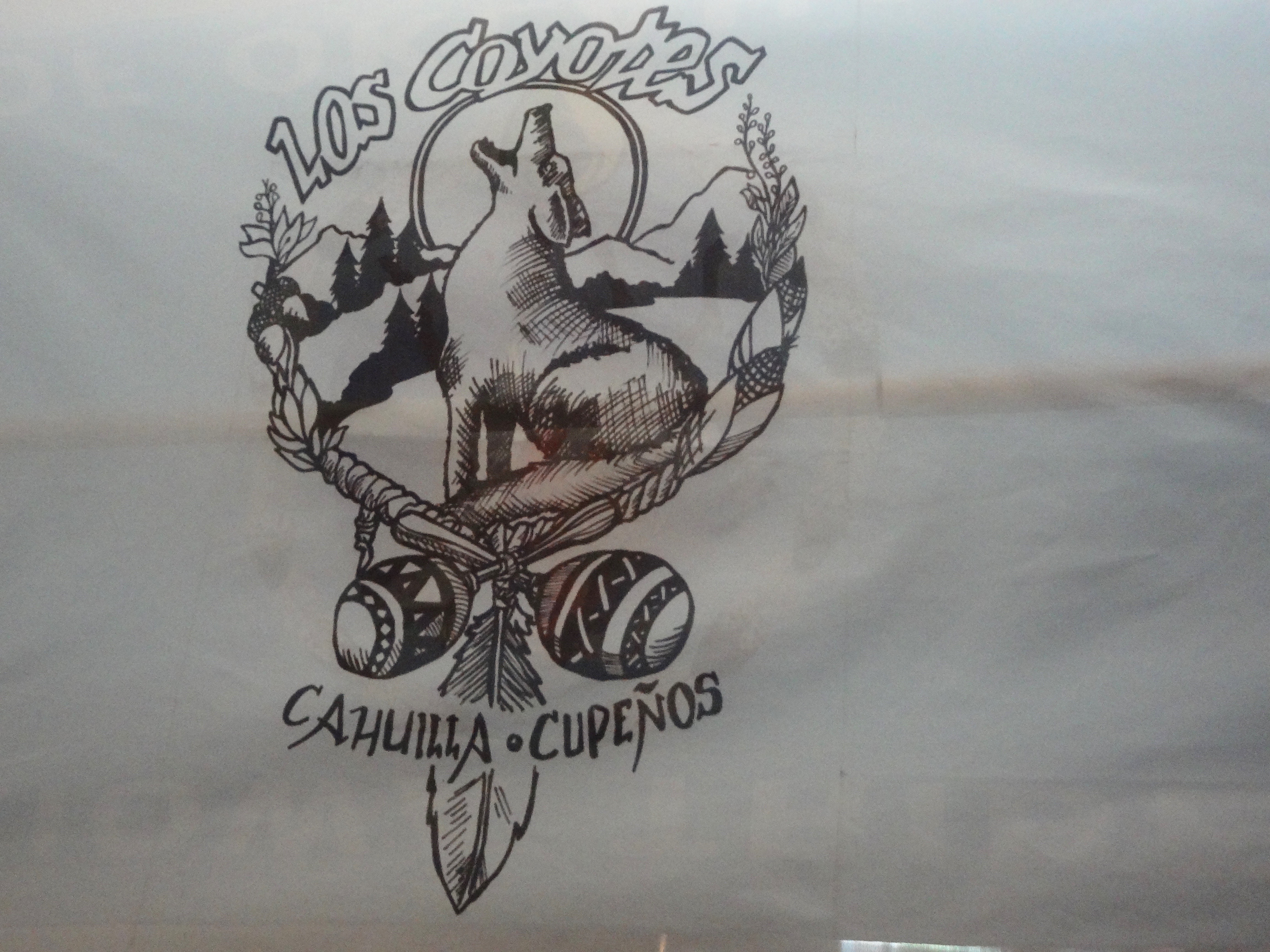 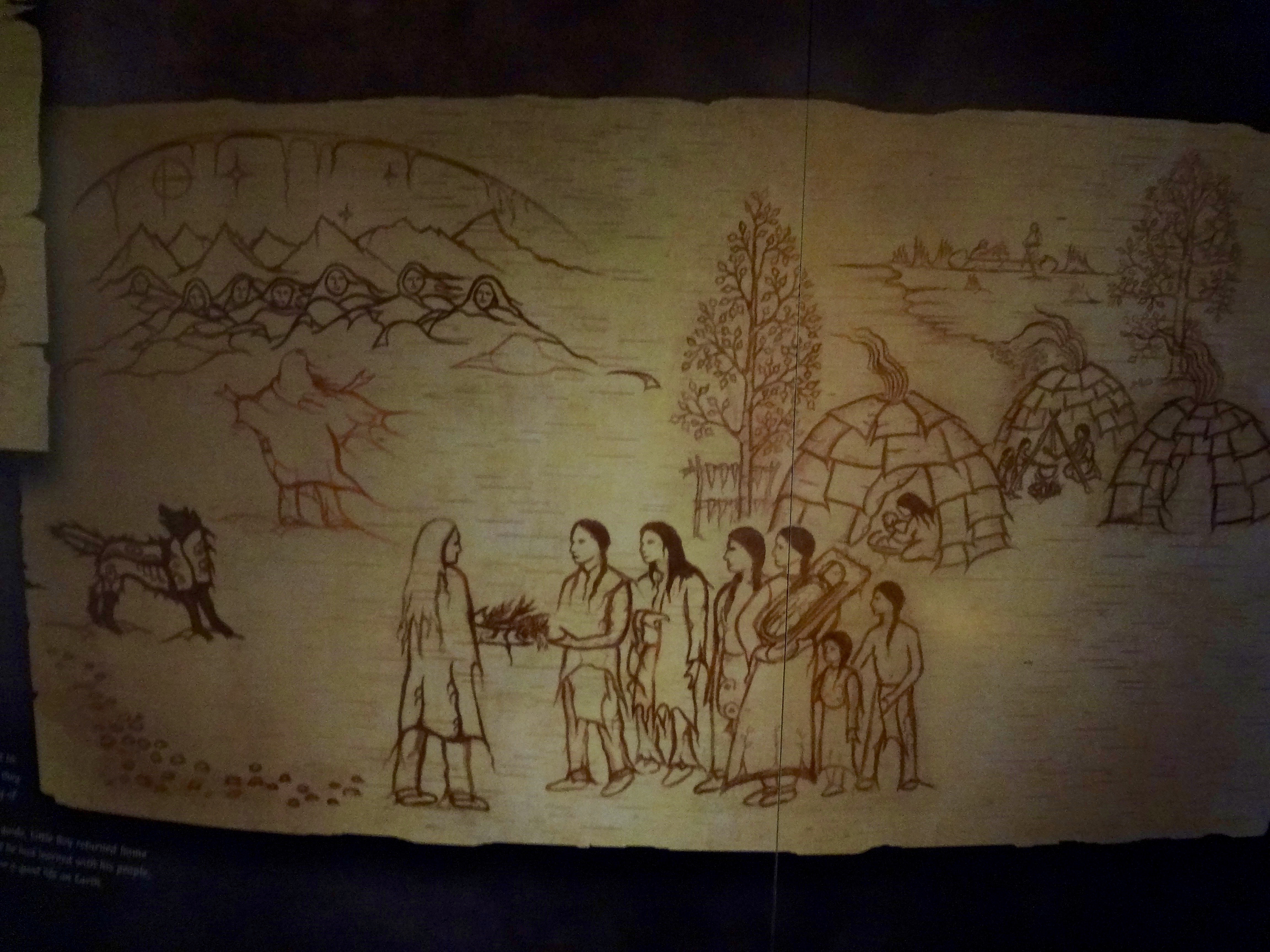 After getting a short reprieve from the heat at Starbucks, we walked to the White House. It was the end of the afternoon so the temperature was getting less awful. It was somewhat anti-climactic, but we stayed a bit to look around and enjoy the life of Washington. 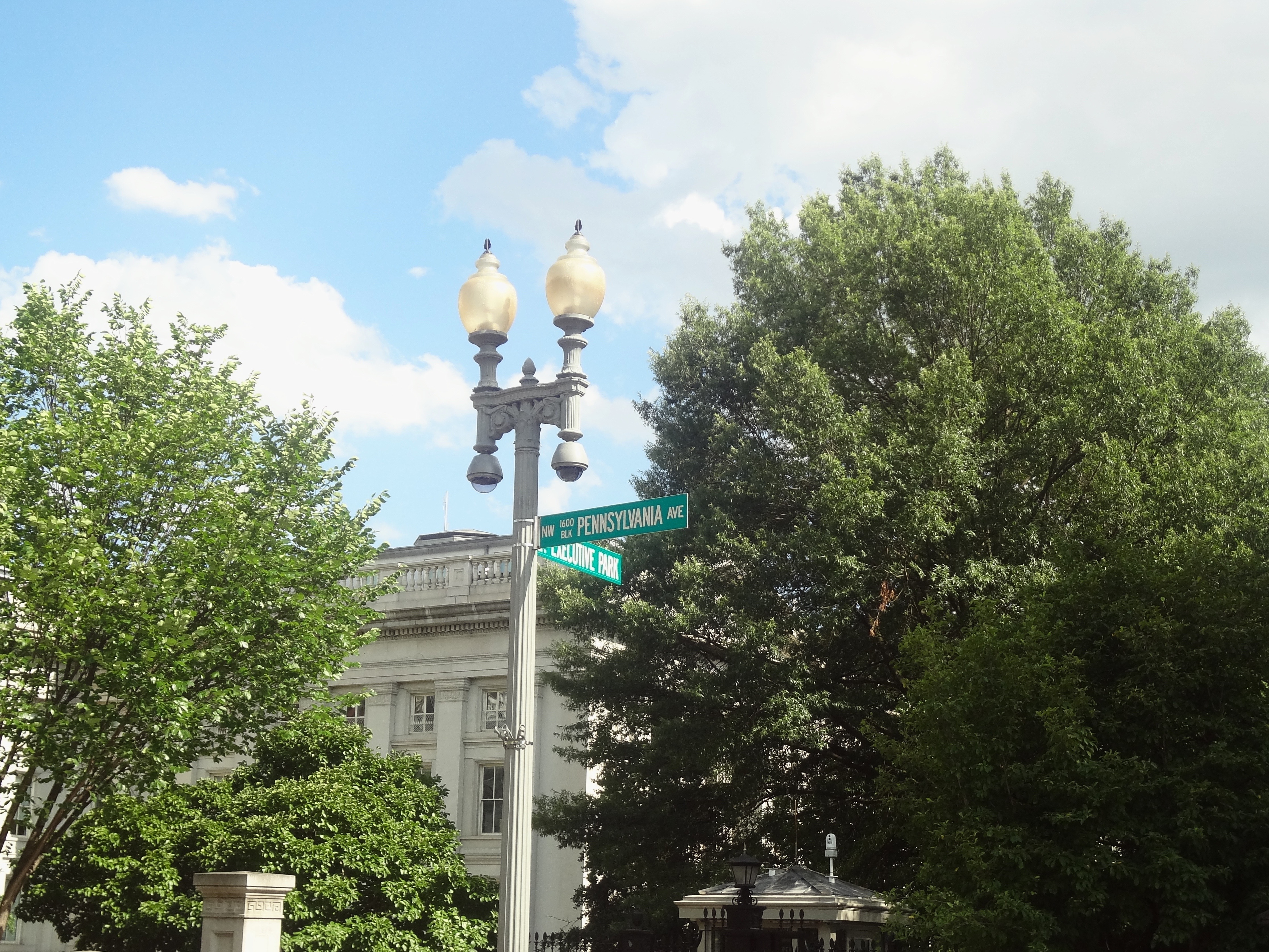 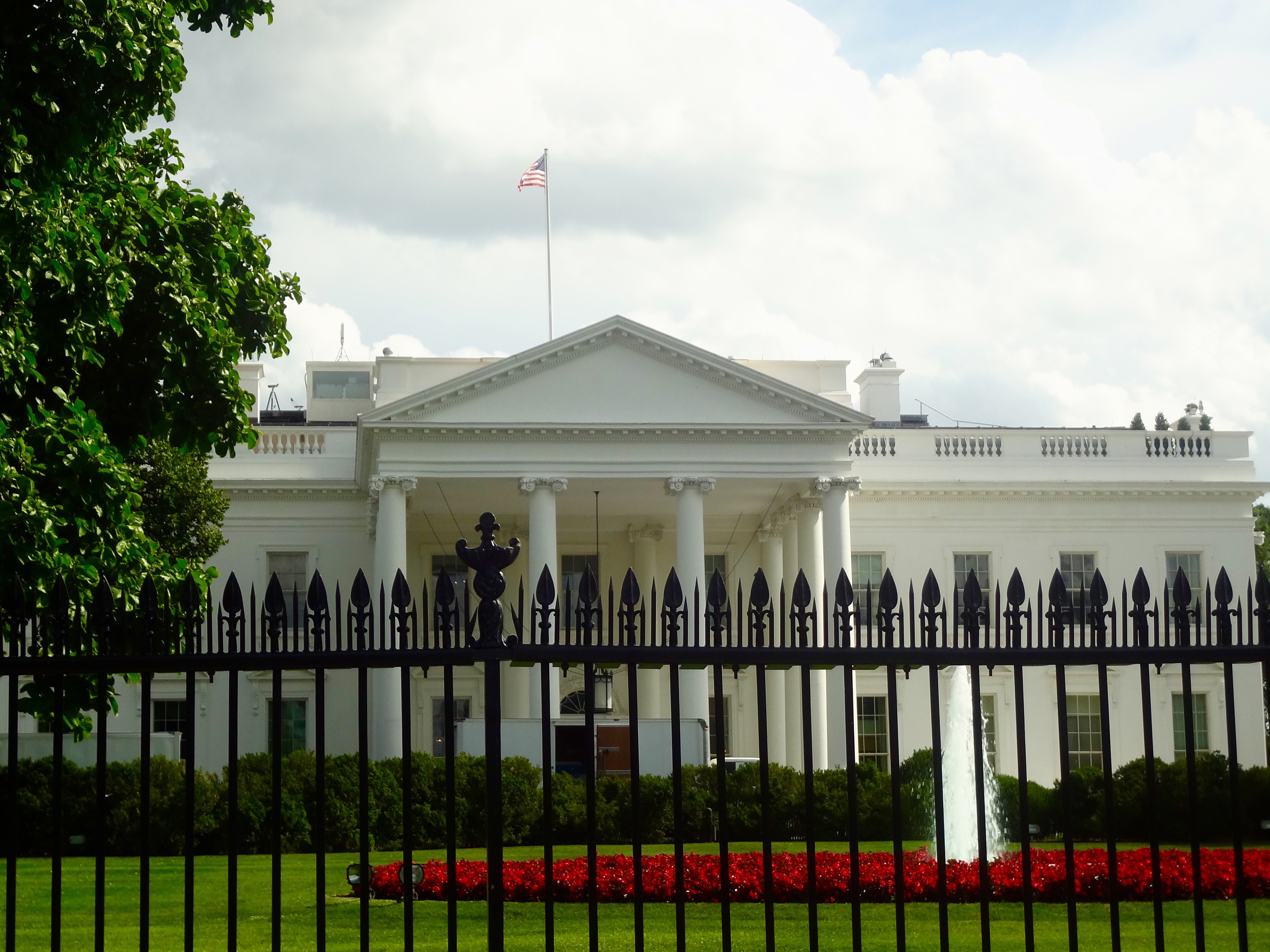 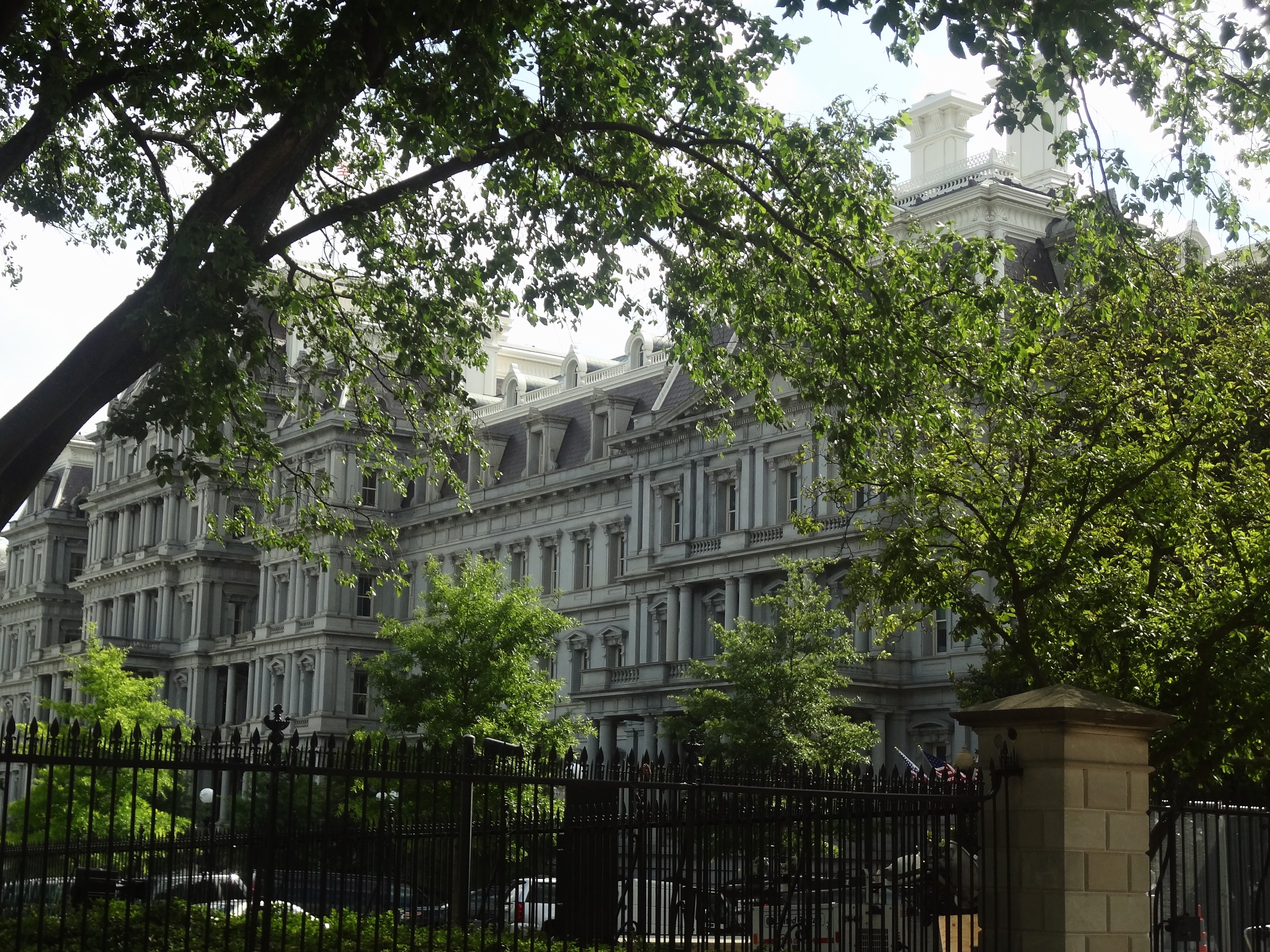 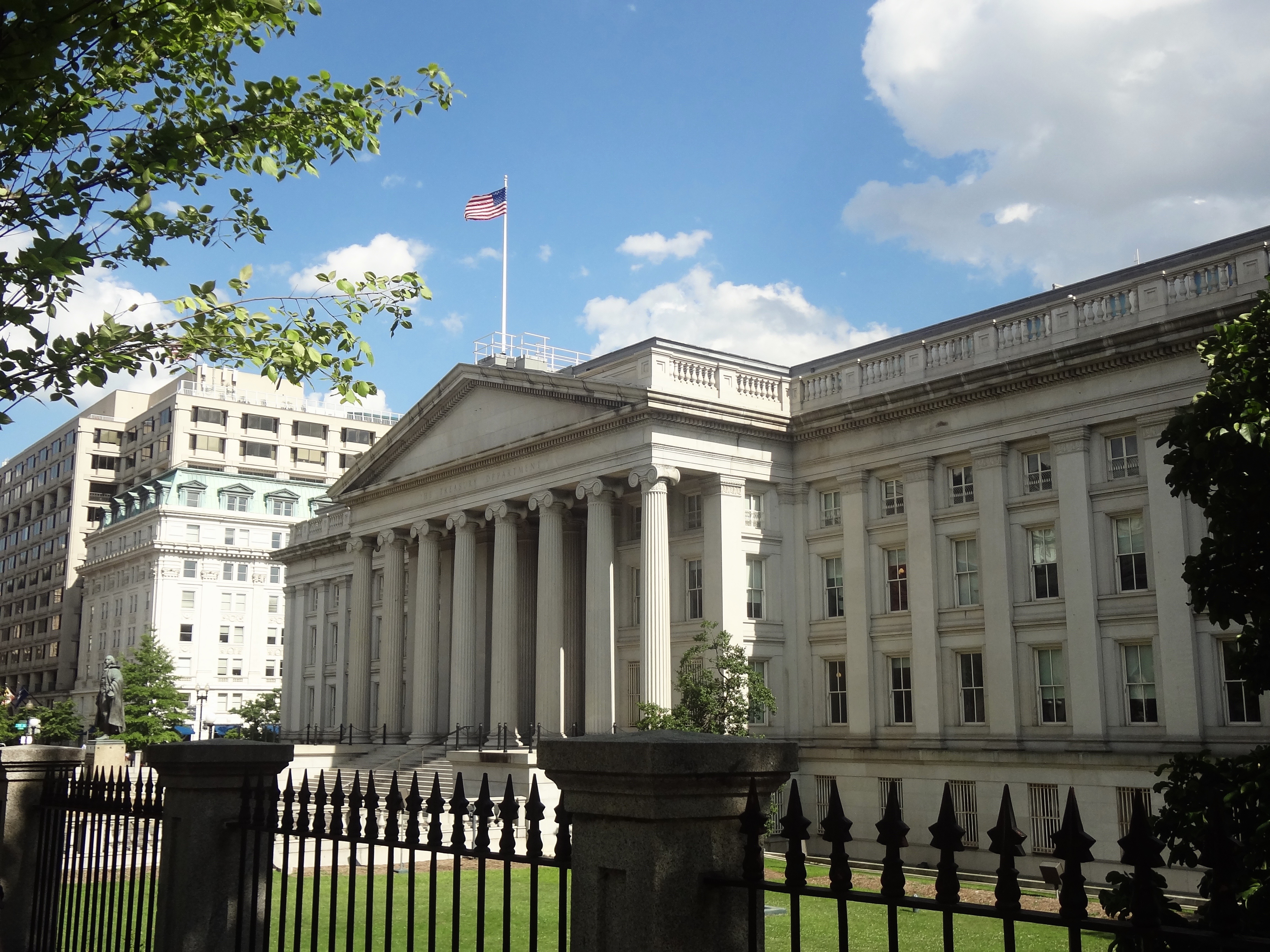 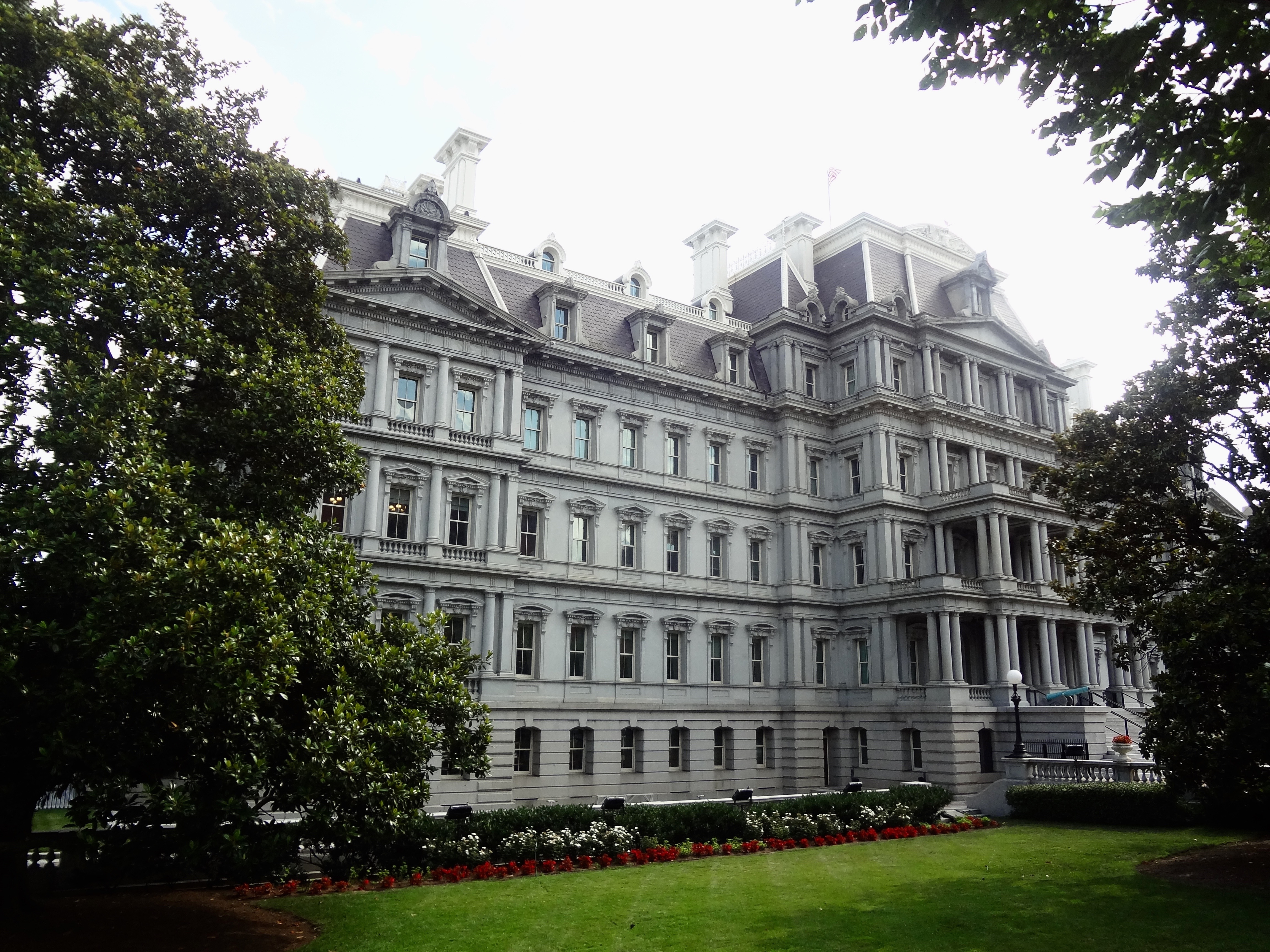 There was a lot of cars in traffic, we felt happy we weren’t commuters! Instead, we walked to the closest Metro station to go back to Bethesda. Even though we hadn’t seen everything you should see there, we tried to make the most of our day in Washington D.C. because we knew we’d probably not brave the heat of the city again in these three days…
Millie picked us up and we all went to a very good Indian restaurant. It was 5pm, so extremely early for us to have dinner but we were starving and it was delicious, so no big deal !!

Back home, we rested and then went for a late swim in the pool. This was perfect to cool down after this hot day in Washington. The pool was surrounded by the house on one side, and the forest on the other. It was pretty amazing… 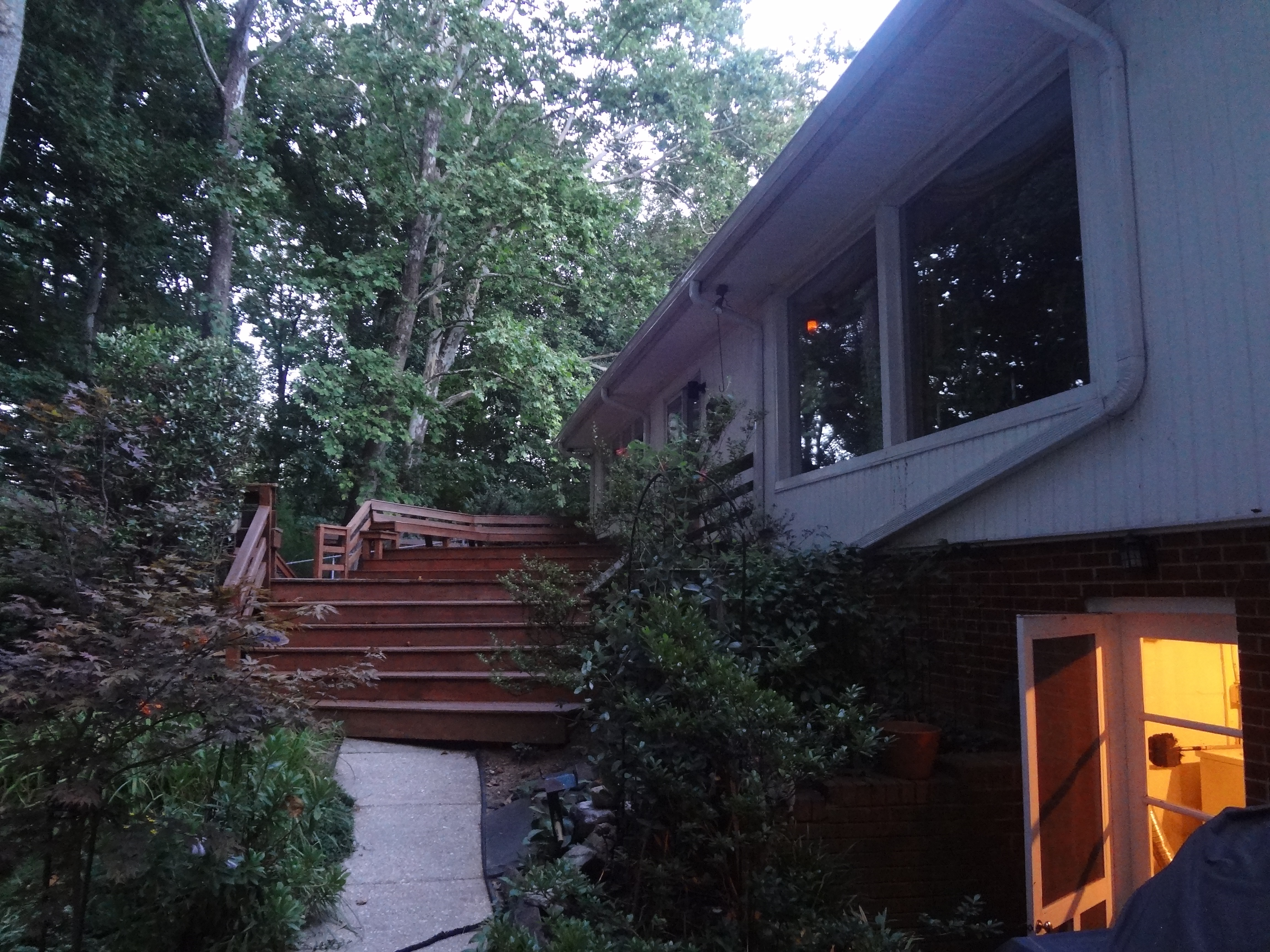 The House in Bethesda 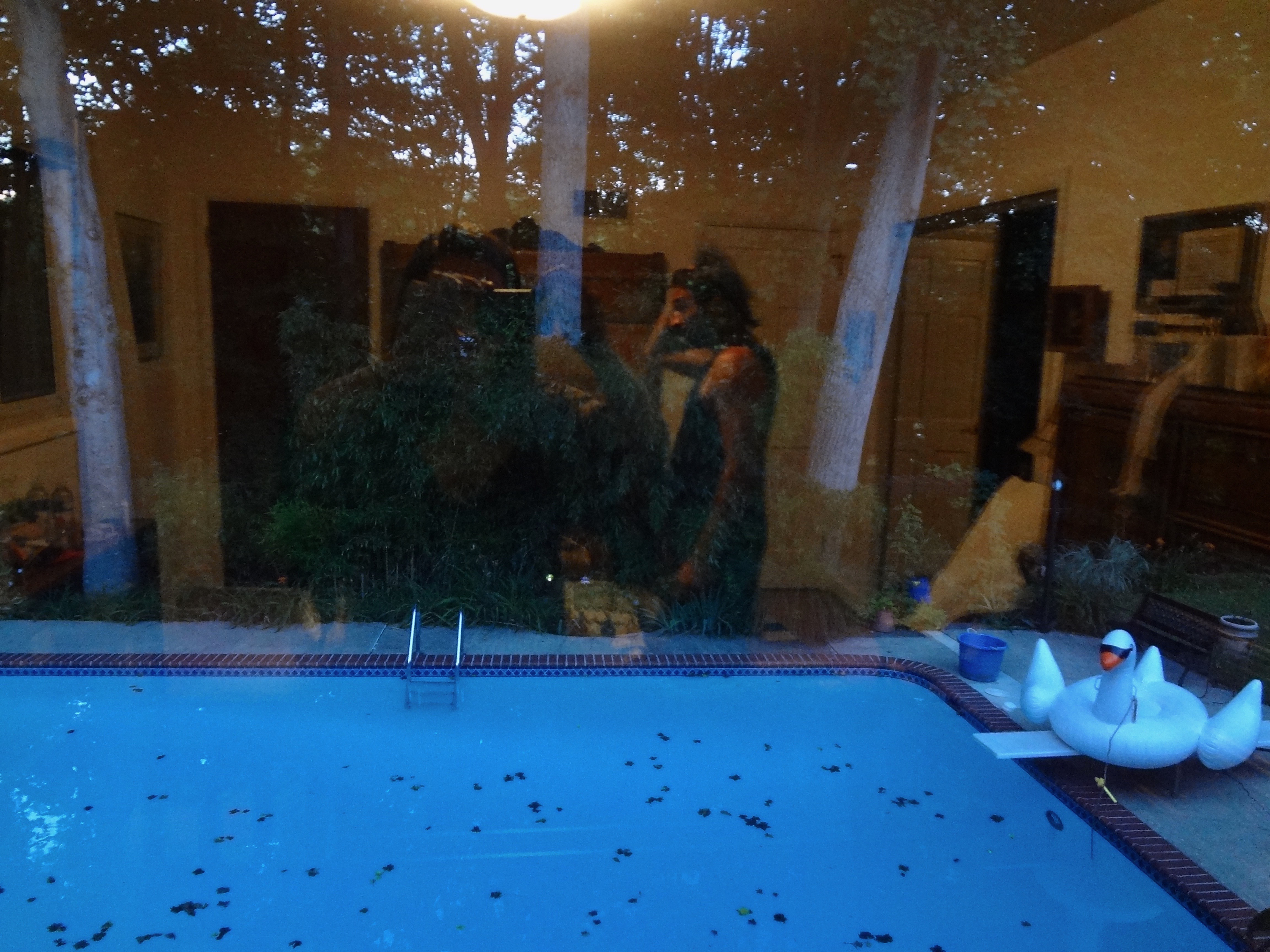 Getting ready for a late swim

Those flags are the coolest!

Pools are always the best way to end a day like that! It’s not really the heat that makes it so unbearable–it’s the humidity. I’ve also been to Washington DC when it was so cold and windy, it was miserable. It’s a place of many extremes. But still, a lot of noteworthy attractions, for sure.

I’m sure, I think I heard the same about New York… These are the kind of places we should visit in Autumn or Spring, probably ! Silly us…!

How funny, my husband and I were just talking about the National Air and Space Museum just tonight. His father created the Thor, yes he really is a “Rocket Scientist”! There are pictures of it all around his house but we never had the chance to see the real thing for ourselves. It was fun to see all the pic’s in Washington D.C.!

Wow ! That’s incredible !! What a coincidence !

I’m glad you stuck it out and did some sightseeing despite the weather – 37 deg does not sound like ideal tourism weather at all! Great pictures – next time you’re there you should go back into the city at nighttime, the monuments look incredible when all lit up!

Good idea to go back at night time ! That’s something I surely like to do, but we were staying too far for this. Next time we’ll do !

We just went to DC for the second time a few years ago in spring. We walked A LOT so I can imagine the heat being a limiting factor. Lucky, lucky all the museums are free and air conditioned! Sounds like you made the most of your day! Good for you. If you ever go back, make sure to check out the National Cathedral… you’d think you were in Europe!

It’s true that museums were a sweet reprieve from the heat ! And free, at that ! That’s the city where we went the most to museums, so that’s definitely telling ! It’s not that we’re not into museums but as we didn’t stay long we were more into seeing the locals living their life and architecture etc. Anyway, we’ll definitely check this cathedral next time ! Thanks !

Summer is hot in DC, but yes cooling down with a swim after a day of museum hopping is just what the doctor ordered. Love it.

Heat Wave edition – I love that 🙂 Looks like you had fun anyway!

Washington DC is always a cool place to visit…even during a heat wave!

Yes, and I’m sure it’s definitely a cooler (hum hum) one to visit in decent weather ! Can’t wait to see more of it !

Sorry you came in the wrong day when the weather is really hot! However, any place is a good place and good you guys found a way to enjoy somehow.

Yes, there’s always a way to enjoy any place I totally agree 🙂

[…] woke up late, leaving Simone having an amazing talk with Millie ! Like the day before, we had a delicious brunch atÂ Le Pain QuotidienÂ and then Millie drove us so we could spend a day […]

[…] whole trip had been in spent in warm weather (remember Washington??) and under the sun but trust me or not, Californian weather felt different. This sounds so […]