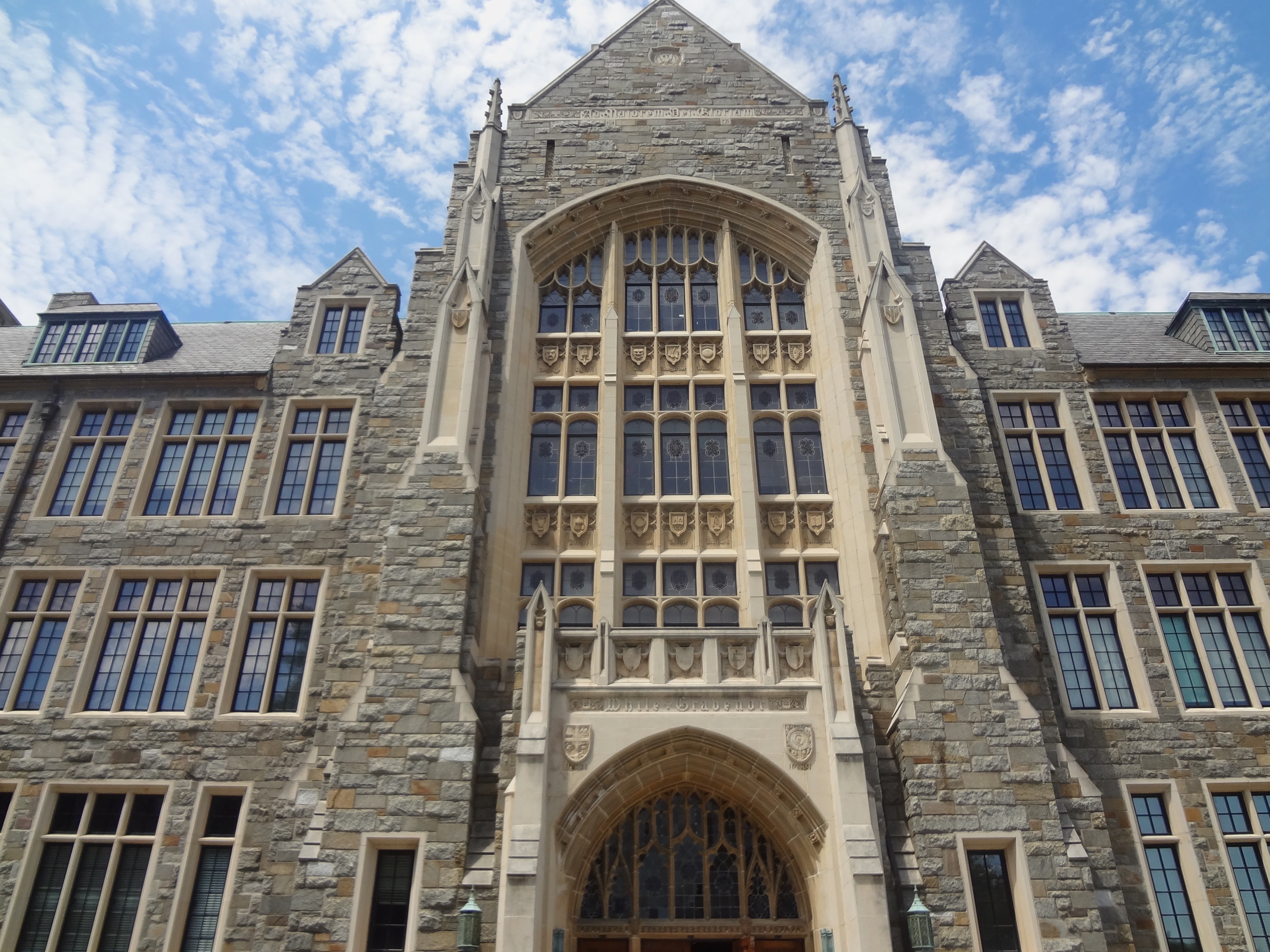 A day in Georgetown: University tour

Spending a day in Georgetown

I woke up late, leaving Simone having an amazing talk with Millie ! Like the day before, we had a delicious brunch at Le Pain Quotidien and then Millie drove us so we could spend a day in Georgetown.
I wanted to go there on my “US Universities Tour” and because I was considering it for my PhD. Of course, the weather was still incredibly hot. Which, let’s be honest here, makes me extremely cranky. Even more so when we got lost. At some point, I just followed a guy who looked like a university student, then followed a family clearly there for orientation so we could finally find our way!
We roamed around the university, which is way too big for me! But very beautiful!

THE WORST DRINKS EVER – and no better news

The heat drove us away and inside a little café, where we probably had the least enjoyable tea and smoothie ever. We might not be very adventurous in our hot beverage tastes… but oh boy how bad these things were…
It was also a bit of a weird time because it was the day after a terror attack in France, which was running on TV there. It felt very weird that this was happening and that my country was on alert and mourning and me being so far…
The Turkish Coup also started when we were in that café… So we were rather worried about the world and checking news on Twitter instead of enjoying the present moment…

The city of Georgetown

When we finally decided to get moving, we walked for half an hour in the city in order to get to the nearest Metro station. It’s actually a very cute place and we enjoyed it! There was this feeling of being in a little village that I like a lot…. It was really nice to spend a day in Georgetown and I definitely recommend it!

At Bethesda, Millie drove us to the same delicious Indian restaurant for a diner before getting back home!

Saturday 16th: Last day in Bethesda and a lost credit card for me!!

I woke up super late to have a swim with Simone (who did not wake up late)… We had brunch with Indian leftovers and spent the afternoon packing our bags.
Simone took a nice nap in the sun by the pool while I worked.

Steven (Millie’s son, it was his birthday!) arrived with his pregnant wife and incredibly cute daughter, one hour before we left. I was actually sad not to have met them earlier because they were very nice. We had to cut short an interesting talk about traveling because we had to leave… Millie had packed us a bag filled with food and 6 liters of water !! She also gave us neck pillows, eyemasks and a blanket for the bus ride! She was really incredible !

We took the metro to Union Station where the bus stop was.
While Simone looked after the bags, my mission was to get us something to eat… I got Simone a sandwich and when I finally found something vegan… my credit card was gone!! But even after looking everywhere: no luck. I asked police officers, nothing. It was the end of it: I lost my credit card in Washington D.C.!
TOTAL PANIC!!
So I went back to the bus stop (it was time, Simone was quite worried), practically crying, and had to cancel my card and move on… Which mentally took me a while… I felt mad at myself, lost without money, and guilty towards Simone for not having this card that could help us anymore. It’s not a good feeling to lose your only access to your money when you’re far away and still have almost 2 months before going back. A friend suggested I take an American Express credit card for my next trip. It turns out I might not be able to (I don’t meet the criteria to get one) but I will do my best to have a couple cards instead of just this one. Fortunately, Simone was hell bent on helping me to put this misfortune at the back of my mind… This is also one of the great perks of duo-travelling ! I can’t start to imagine how I would have felt if I was all alone with no money….

ON THE ROAD TO ATLANTA

People in this bus were incredibly noisy! Simone gave up at some point and went to ask a guy to turn down the sound of the thing he was watching on his phone… (that says a lot, because Simone has a great(er) tolerance (than me) for noise). Also, the lady behind us stayed on the phone until midnight which made it hard to try and get some sleep before that.
Simone slept a little but I didn’t before at least 1am… It was a pretty rough ride, knowing what was waiting for us. The next destination was Charleston, in South Carolina. But in order to get there by bus, we had to spend a day in Atlanta before taking an overnight bus to Charleston that would stop for a few hours in the middle of the night in Savannah (Georgia). Fun !!!

21 Replies to “A day in Georgetown: big university, small town”