Wos-pitality : the Wos Bar of wonders…

Let me tell you a story about a bar…

Three months ago, I was getting married at the Wos. I did so with the blessings, the presence and the generosity of the owner and now friend, along with my amused former colleagues. I, ex-barmaid, was marrying the former manager.
I can say without a doubt that this bar holds a special place in my heart and memories. Aside from being where I celebrated my wedding day, it has been the main character of some of the most memorable months of my life. And so far it has kept being a part of my life, even and perhaps most obviously during this American road trip. 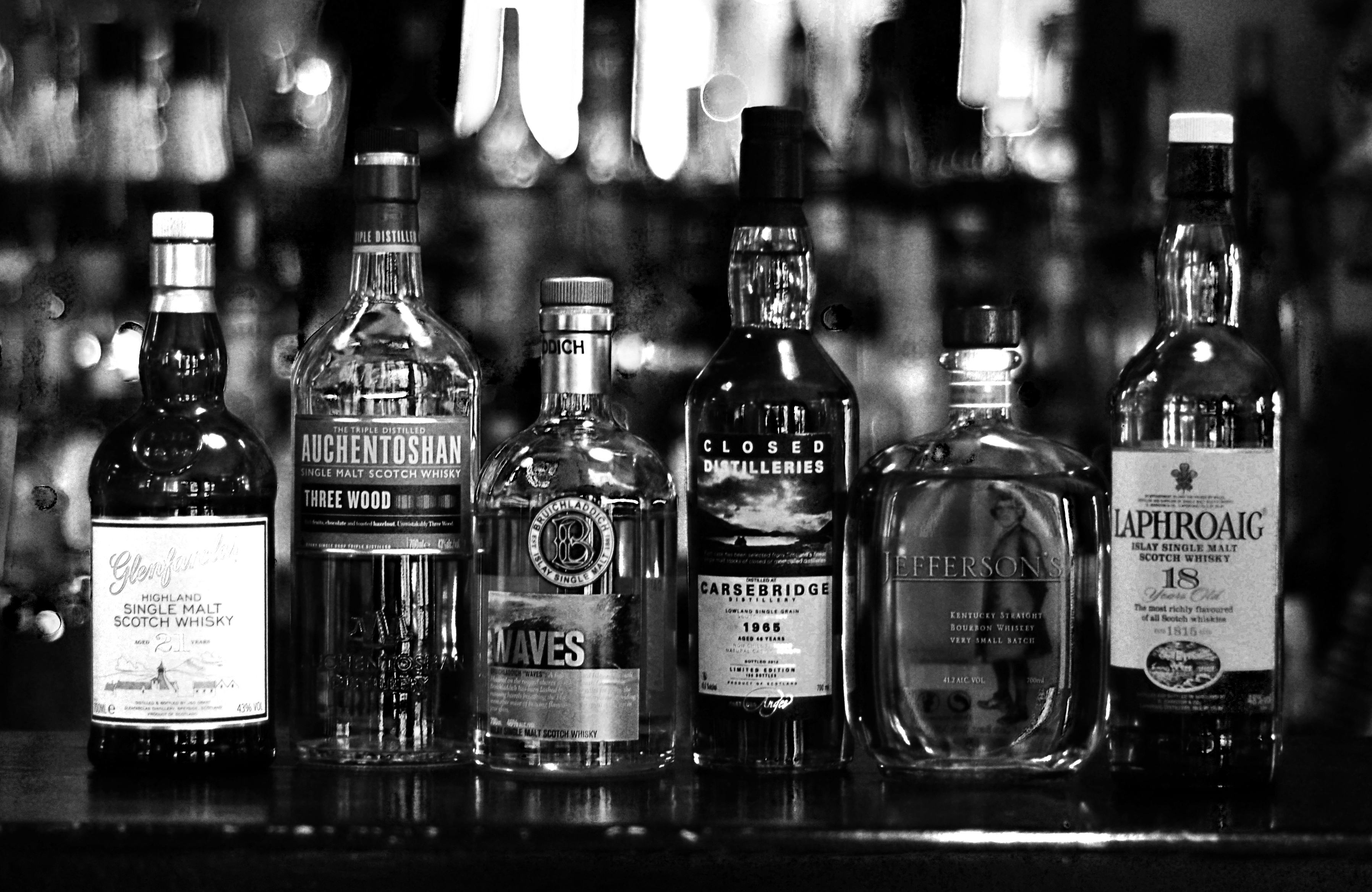 Everything started a little more than a year ago, at the beginning of last summer…

A friend of mine had told me about a position opening in a bar, that I dismissed at first. I was supposed to have a job : teaching English in a fun way to a bunch of kids for a few weeks. With that, and provided I could crash for the rest of my summer at my dad’s house in Bretagne, I was sure to get the physical rest I had been needing for the past two years, and the emotional one I had been needing for… too long to count.

Of course, I got none of that. This job went awry, I was left with nothing but a rent and bills to pay, and a fridge as empty as my bank account.

So I did what I needed to do :

I practically ran to that bar, even though I had literally no bar skills (I had never even made myself a proper drink unless dropping some coke into a ridiculously high amount of rum when I was at the worst point of my life counts, and I could not open a bottle of wine gracefully if my life depended on it – still don’t, but don’t tell anyone!).
I was greeted by the chillest bartender I have ever encountered who told me to come back later to meet Simone, the manager (yep, you know that guy!). I did that, we had a chat, he told me he would talk to the owner about me and to send my CV by email. I got an interview and it’s definitely not my chill attitude that got me a try-out (I was shaking like a leaf, so anxious to get myself out of bankruptcy and eating rice three times a day everyday), but as it happens and most surprisingly, it’s my extensive academic that got me the job (life works in mysterious ways).
I was rubbish at try-out, but the bartenders and the manager were encouraging, teaching, and I was honestly giving it all I had. I smiled like I never smiled working for hours standing up and moving and trying to understand things I knew nothing about, trying to remember names, cocktails, recipes, bottles, prices, procedures… and also probably they didn’t have better prospect (or they liked me, or both) so I got the job for real. 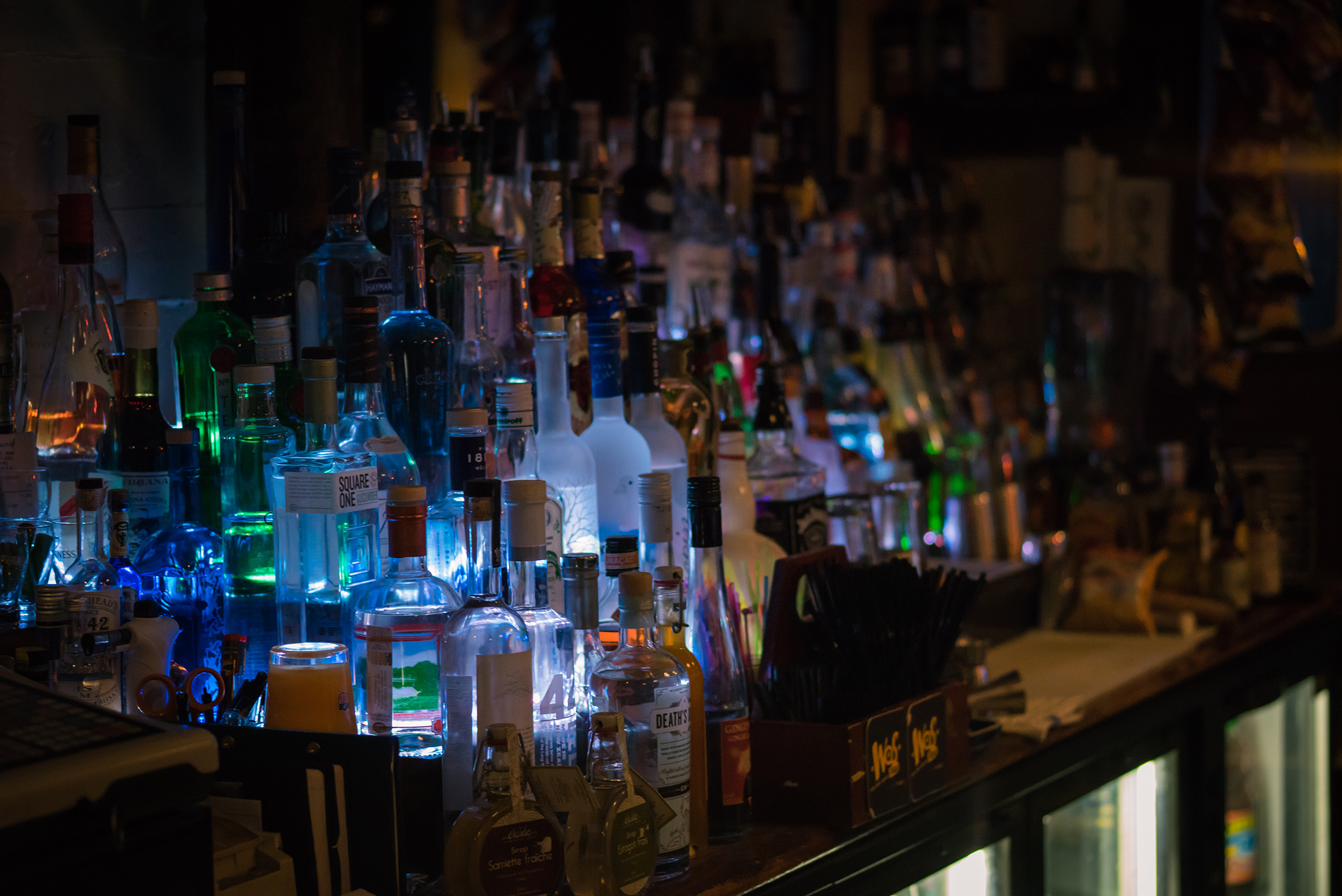 It was hard, it was tiring, it was draining but also, it was…fun.

I met incredible people, including all the staff, the owner, the staff of bars and pubs around, and customers. We were going out after service, to party some more or to chill a little because we were too agitated or tired (or both) to go to sleep right away.
Tremendously fun, tremendously draining and an incredible experience : that’s exactly what it was. There were weeks when I would wake up, do stuff I had to do, get ready, go to work for long hours, go out after that, go to bed, wake up 6 to 8 hours later when it was time to get ready to go back to work. Sometimes it was even just waking up, getting ready, getting to work, going back home, sleeping, and repeat, with no time or energy to even go grocery shopping. 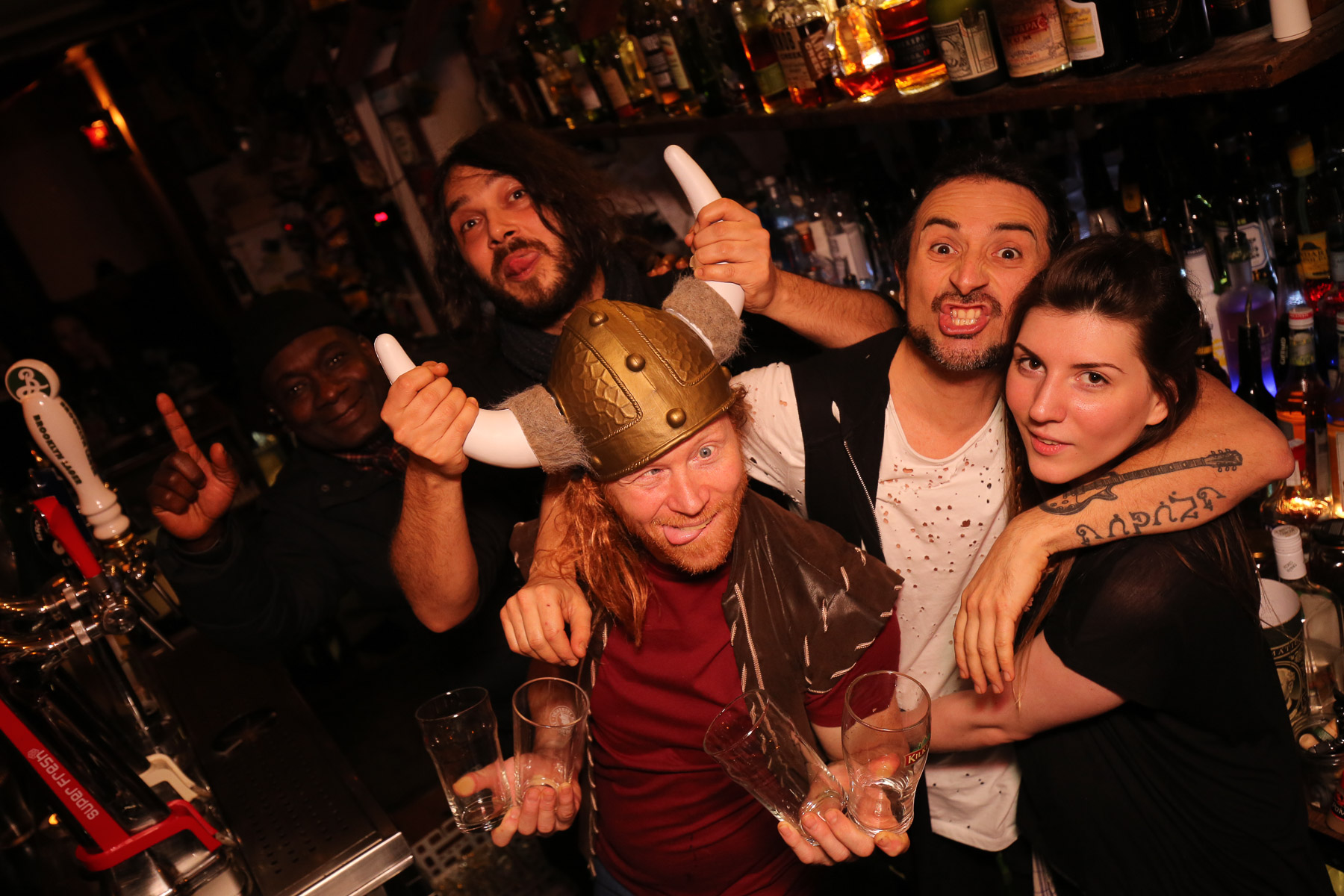 Then school started in mid-september.

I was still on full-time until the end of October, so most of the fun kind of stopped for me there. I could already barely go to classes with the job, there was no way I could get any homework done, much less any partying!
The then-manager (yes, Simone) asked me to marry him a couple of days before he stopped working there, and I resigned in the end of February to do an important internship in my field of studies.
Since then, we held our wedding reception and party there, as I mentioned earlier, and had a blast! But what the Wos has done for us has not stopped there.

During this trip, the entity that is Wos Bar has been coming up time and again!

Around half of the people that have host us or had drinks with us have a connection to Wos : either we or one of us met them there, or they were introduced to us through the Wos. It has been incredible, and it has made our trip so much nicer and so much easier…
Because of that – them – and because it was only last summer that all the fun and the wonderful things happened, I have thought so much about Wos bar, and there was no way I didn’t acknowledge it, write all my gratitude, and encourage people who live in Paris or travel from all over the world there to have a drink there, and maybe watch an American Football game or do rounds and rounds of shots until 5am on a weekend.
So if you have a night out in Paris, why not take a chance and have a drink there ? The same might happen to you…!

4th July 2017 EDIT: Last night, we celebrated the 10th anniversary of Wos Bar. If Simone was still in Belfast, I had the chance to be able to go and spend a beautiful evening there, reunited with the people who mattered and – as the owner said it in a moving speech – “made the Wos“. This bar will always be special to all of us who think of it as our real Home Away from Home…

[…] We finally got to the apartment of Aisling and Craig, a super great couple I had met at Wos. […]

[…] We had planned to meet Camille, a friend from Wos at a pizzeria close to Pacific Beach, so naturally we decided to visit this place for the day. It […]