If 2016 has been the year of really moving around and seeing a lot of places, 2017 has been the year of working and settling down a little, both geographically and lifestyle-wise. We started living in Belfast as expats at the beginning of 2017, which was the perfect opportunity to explore Northern Ireland. But we’ve also been to Rome and discovered Liverpool. Then in the summer we went back to sedentary life and work in Paris. We already have great plans to discover new places in 2018 with a trip to Canada, and some festivals all around Europe already in our schedule!
Now 2017 is ending, it’s time to look back and reflect at what we’ve done this year!

After visiting around 40 cities in 2016, it was time for us to somewhat settle down for a while, recharge the batteries and last but not least: the bank account. 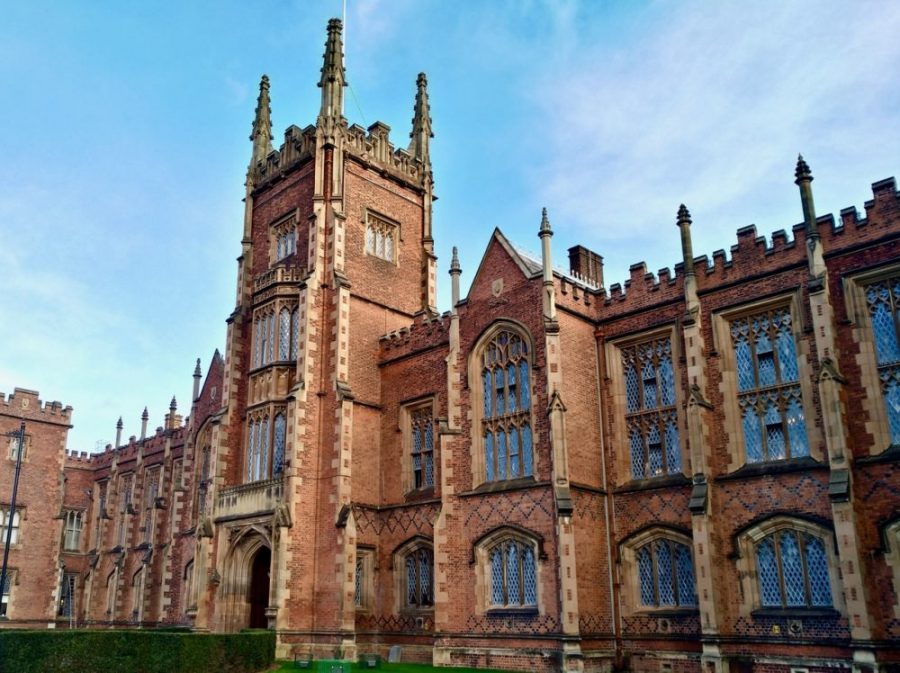 The first job opportunity Simone got was in Belfast, Northern Ireland, so that’s where we settled down for the first half of 2017. He found us an apartment pretty fast, and while waiting to be able to move in we lived in Airbnbs (and got scammed!)

Check out my Worst Travel Moments of 2017 post
if you want to know what else happened to me this year
that made me want to bang my head on a wall!

Our apartment in Belfast was three times bigger than what we were used to in Paris, and about the same price. It was on the ground floor of a small house, in a quiet street. It would have been awesome if it weren’t living beside college students who liked to party and scream all night long!

Anyway, while Simone was working his magic at the Marcus Ward bar, I was working remotely a few dozen hours a month and studying at home. Life wasn’t too overly exciting, but we definitely needed to slow down a bit after a pretty tiring year of traveling around. 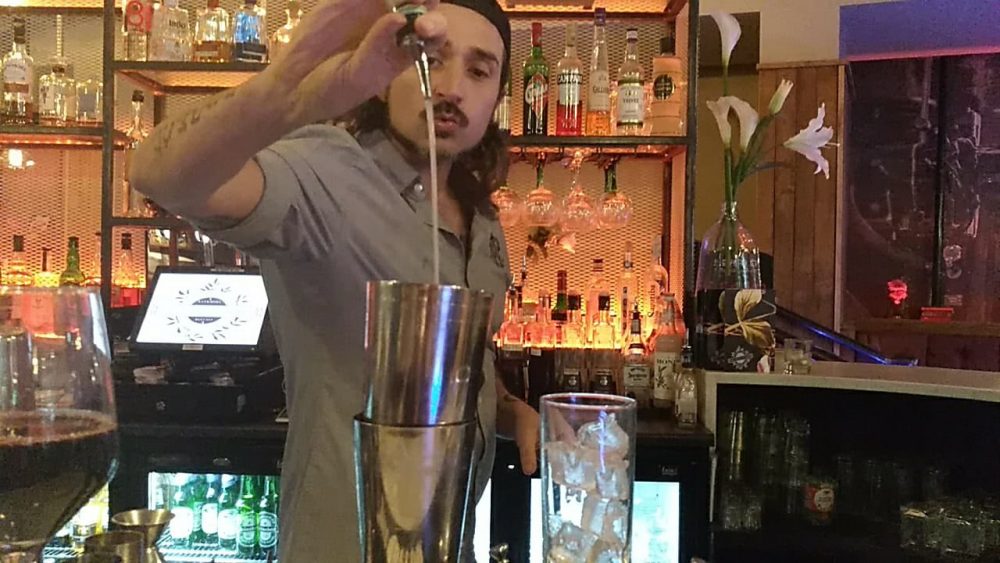 It wasn’t just cuddling at home and working, though. We did make it out of our apartment! We’ve been on this amazing BritMovieTour Game of Thrones filming locations tour all around Northern Ireland, we’ve been to the beach on the northern coast of NI, and I’ve seen the randomness of the middle of Northern Ireland against my own will… 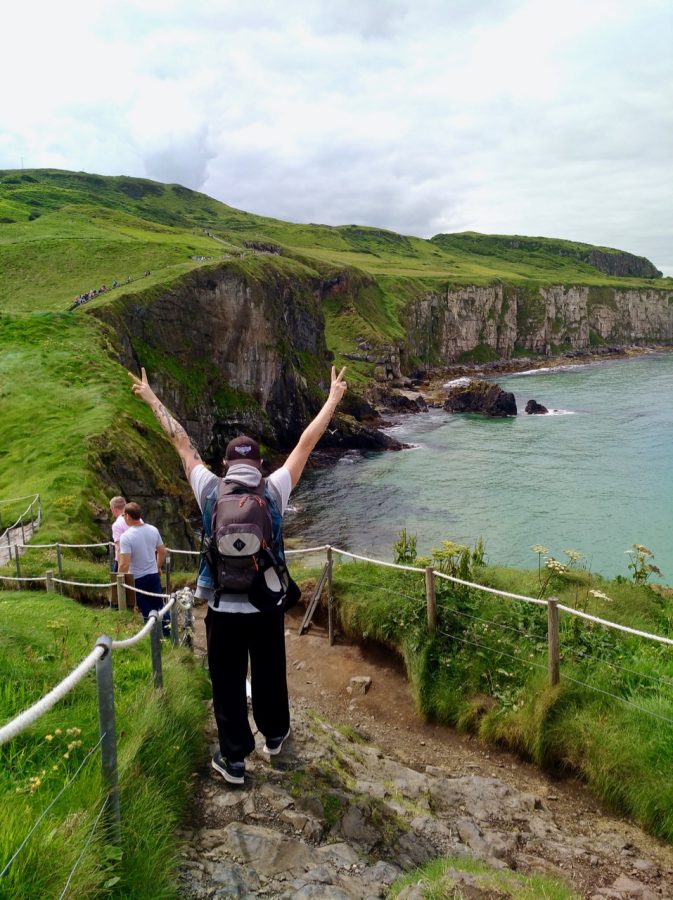 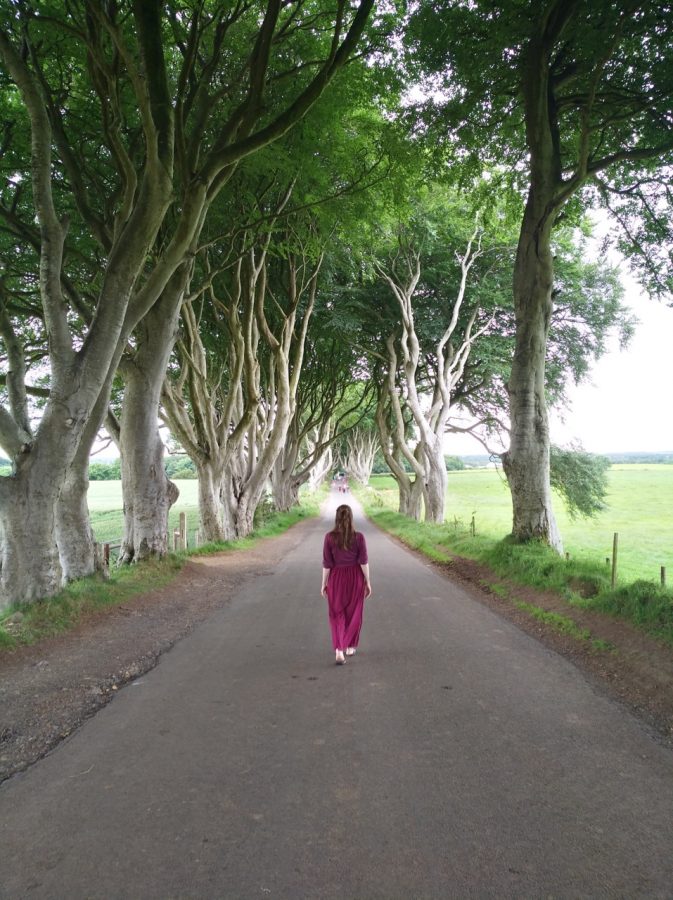 We’ve also taken the time to explore Belfast, its museums including the Titanic Belfast where you can easily spend half a day without getting bored, its restaurants offering vegan options like Home, its bars (go check out The Garrick!), its street art, and doing some yoga… 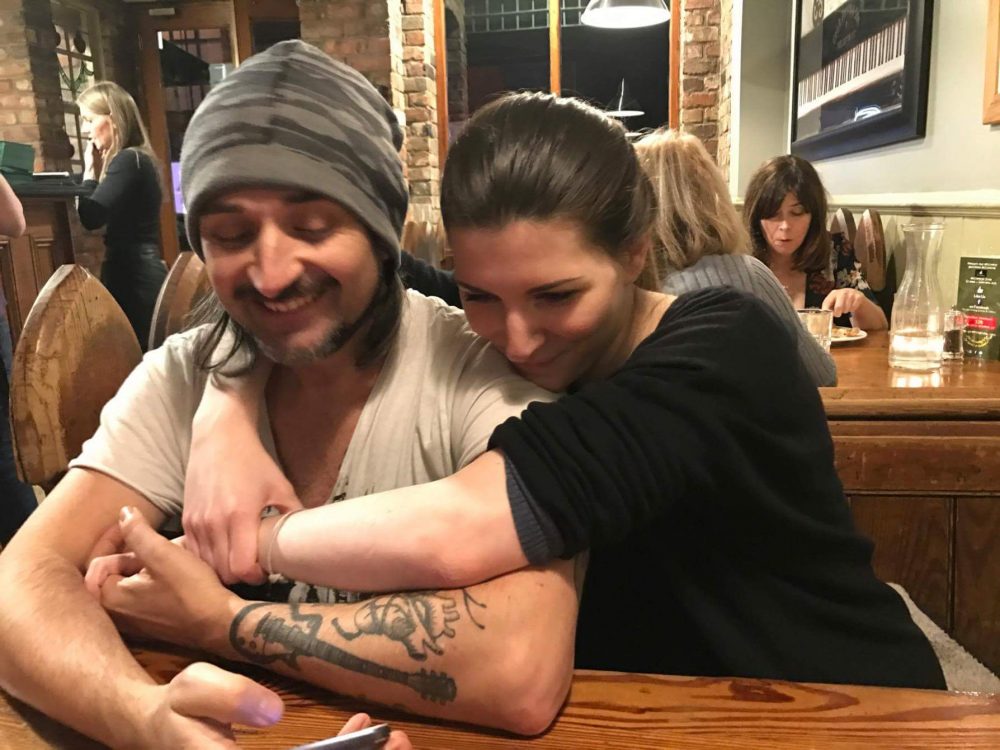 One of the coolest things that happened is that Simone made it as a finalist of the ShortCross Gin Competition in Northern Ireland with his « Lust One » cocktail and got to visit ShortCross’ distillery. He also got a bottle of gin that he could personalise (and that was a really cool thing for me, too!)

We took the opportunity of one of my friends going to Dublin to go and meet her over there. Dublin is really easy to reach from Belfast, so we took a bus and a couple hours later we were in the capital of the Republic of Ireland! We only spent two days there but it was time enough to see beautiful things and stuff our faces with vegan food! 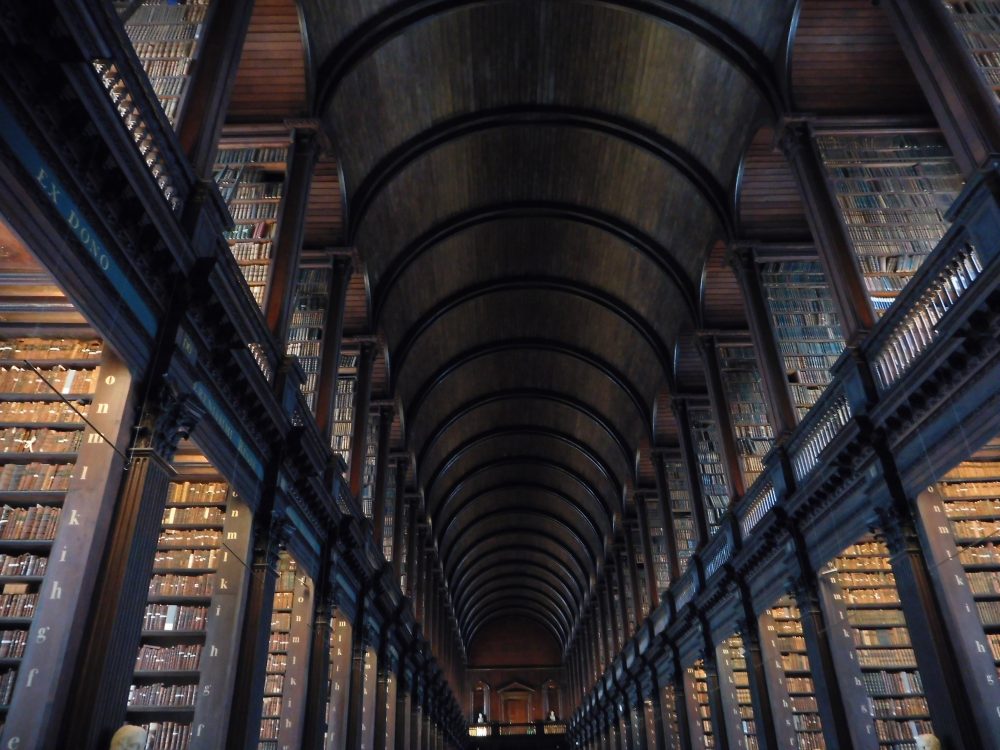 We’ve been to Rome for friends’ wedding in June, and it was really great. Seeing Simone’s friends and family, having fun and partying and also… the S U N. We had missed it so much, you have no idea. Weather in Northern Ireland is no joke, and after a few months there’s a very high possibility that you will forget that the sun exists, and that it’s supposed to warm you up, and not just be a yellowish round thing-y in the sky. 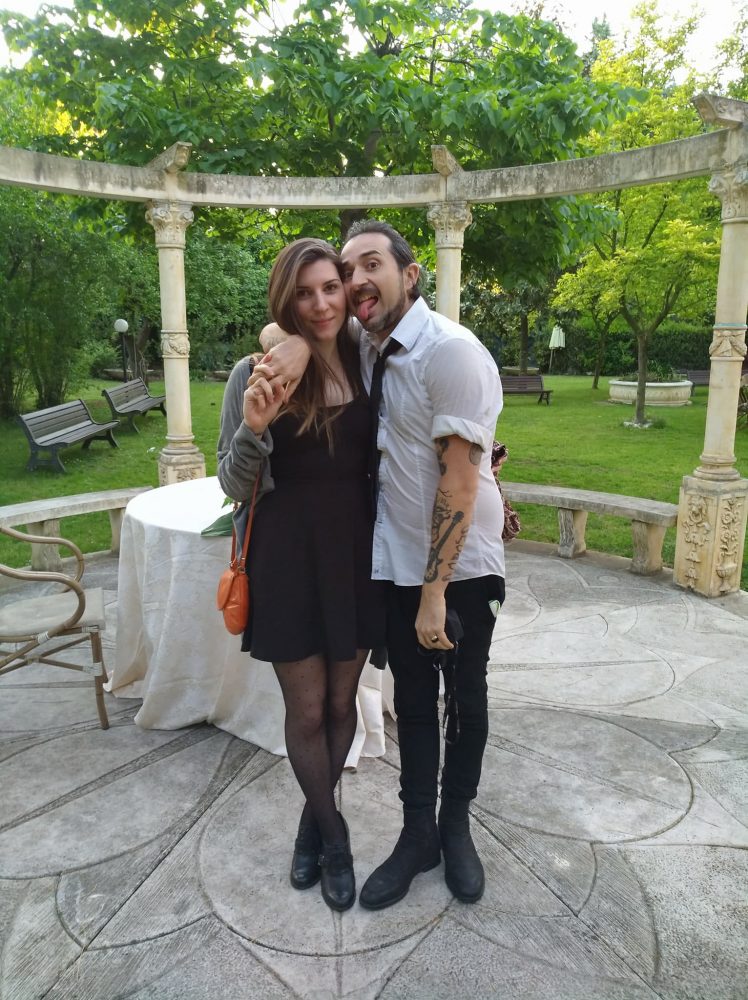 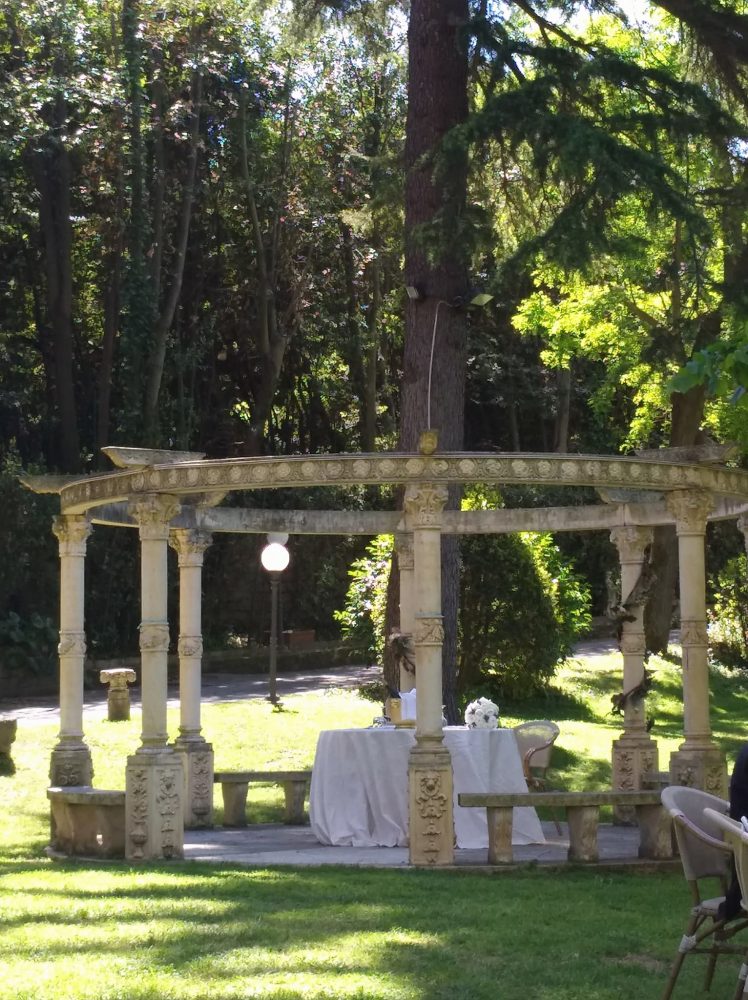 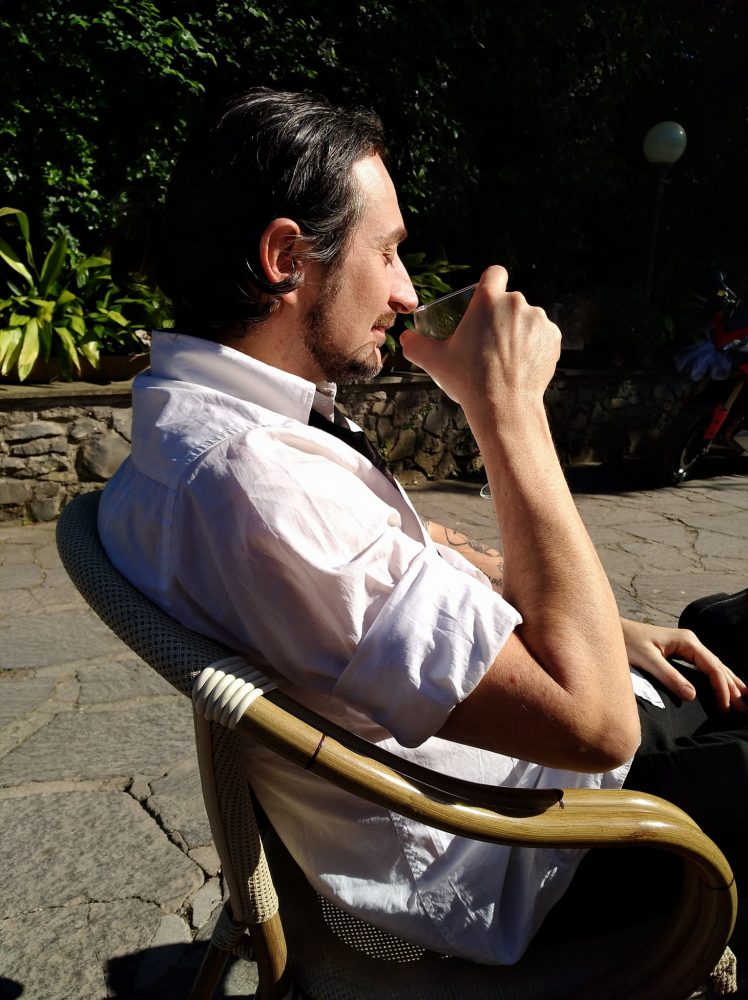 As Belfast is definitely not the easiest place to reach from anywhere, we had to stop by Liverpool on our way back from Rome. We didn’t think much of it, but it ended up being a great surprise! We only had a day there, but we made the most of it. Our tastebuds still remember the amazingness of Mowgli Restaurant. I honestly wouldn’t mind going back to Liverpool just for that. We also loved the bus tour, and basically everything that we’ve done there: walking around, traveling back to the Beatles’ time, eating, checking out the museums (but it wouldn’t have been the same without karaoke-ing like mad people in the middle of the museum, so do NOT miss that). 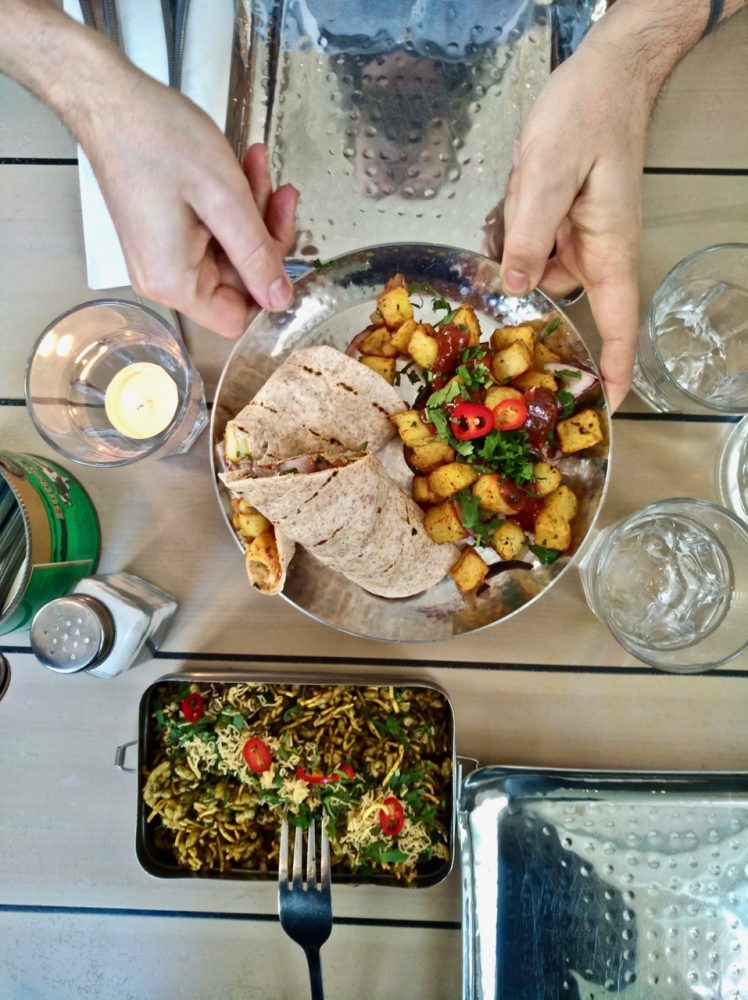 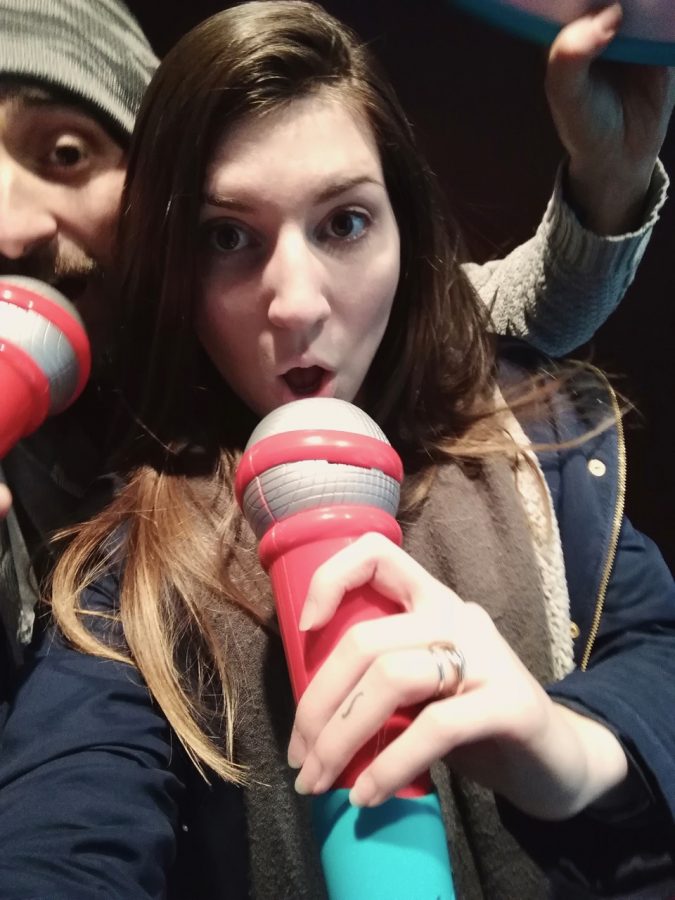 Simone went to Warsaw without me (DIVOOOORCE!! How did he dare, right?!). It was for the stag party of the friend who got married in Rome, so let’s forgive him for leaving his wife behind. Apparently, they didn’t enjoy it that much anyway (karma?)…

I had to go back to Paris to finish my Master’s degree dissertation. It was really too complicated from abroad, especially in Belfast where I didn’t have access to any material as even the university libraries didn’t hold anything of interest on my topic. Yes, my dissertation was about a 15th century play about the destruction of Troyes, in Middle-French. So?
I also had to find a way to make some money as my contract had run its course. It didn’t look like Belfast had any job for me – and believe me, I tried, and you can read all about my huge epic failure in another post (you won’t regret it) – so the easiest path to least resistance was to go back to Paris. 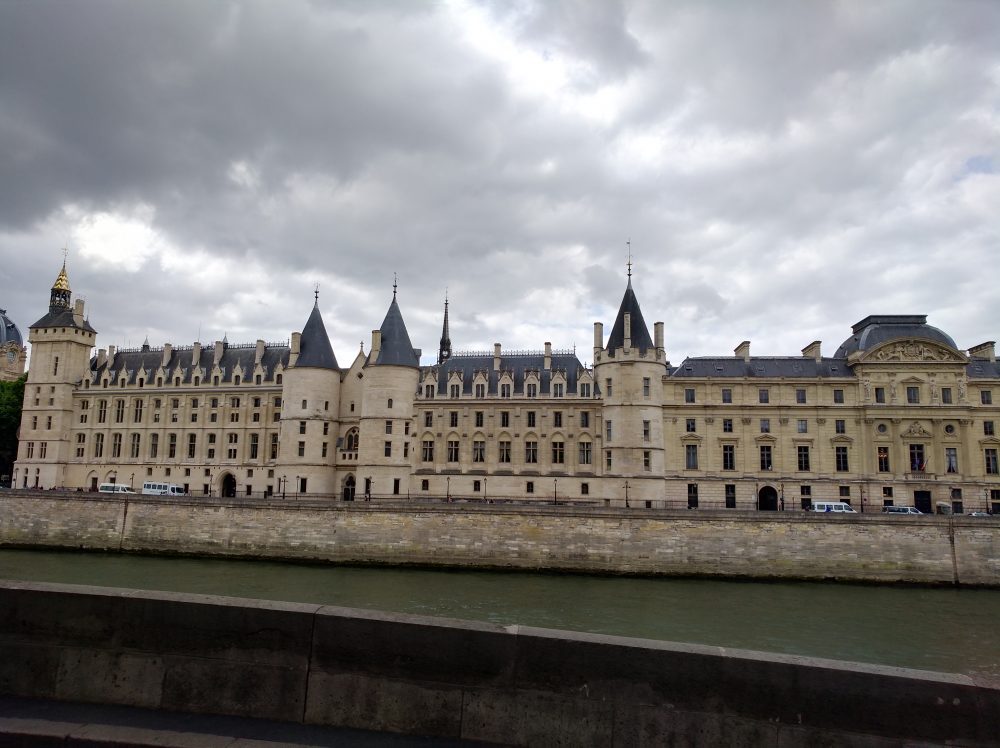 We’ve had a lot of luck in going back. First, a friend put a message on Facebook about the Lollapalooza Festival needing more bartenders, so we both applied and got in. They let us work together – same bar, same shifts – which was great and reminded us of our first time working together when we were at Wos. We had fun, we got the right to go see a bit of the Red Hot Chilli Peppers set because we worked our asses off during the whole 3 days, and also got free food because people are amazing. 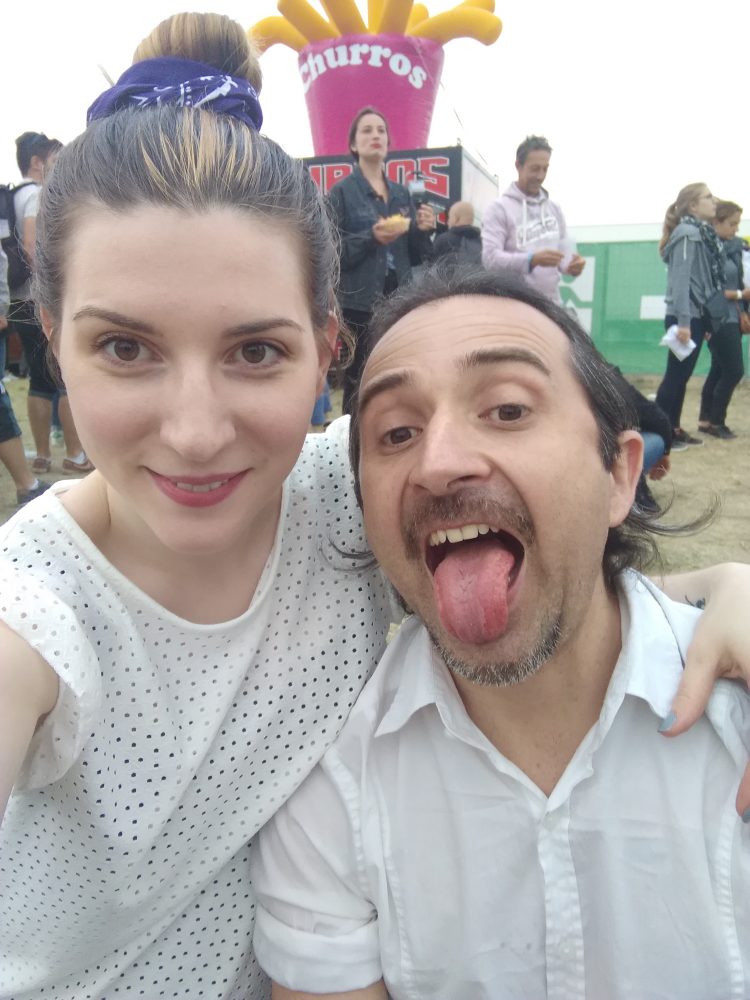 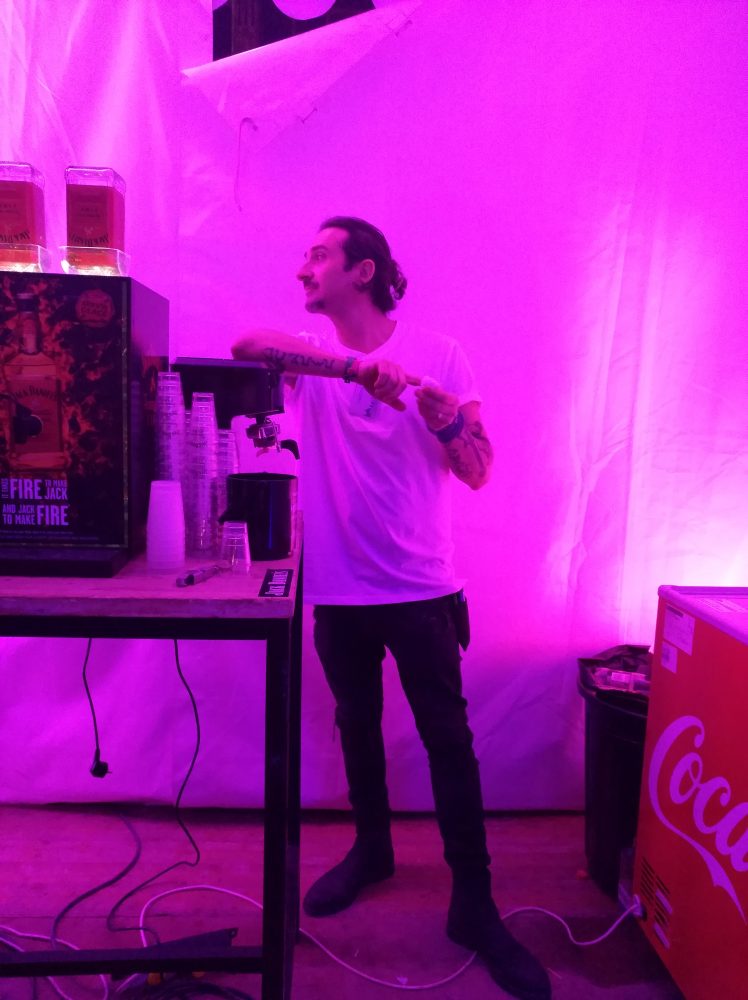 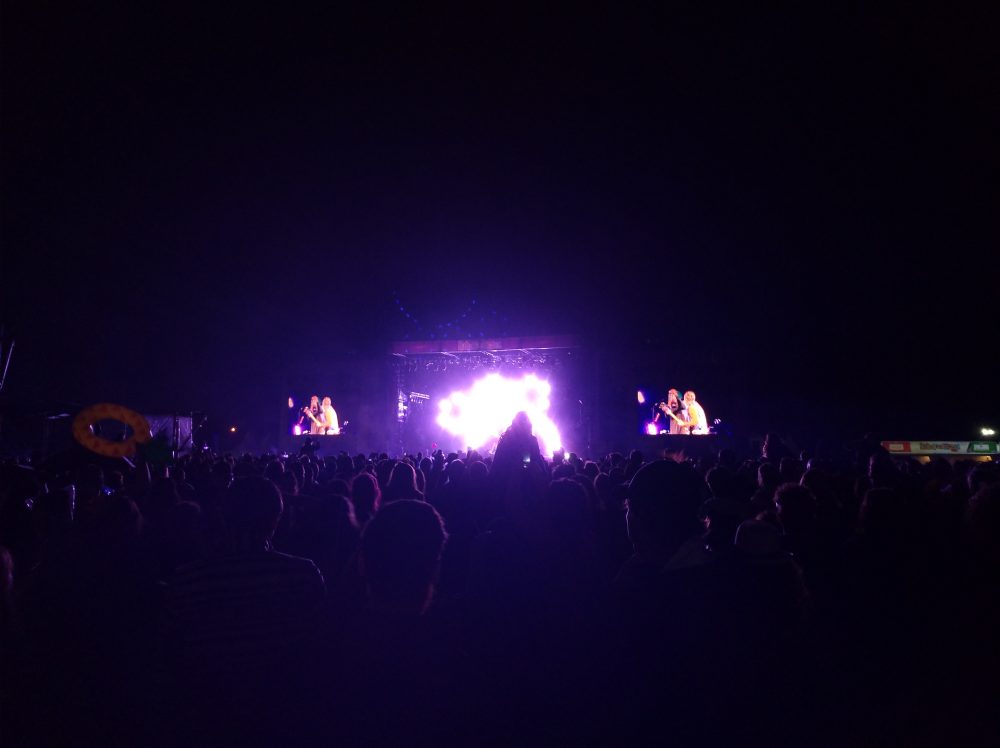 Also, we’ve done a LOT of cat sitting (for a total of 2+months, in 3 different places, and 4 cuddly cats and kittens), which was great because we earned money to support ourselves, lots of furry cuddles and didn’t have to pay for accommodations. 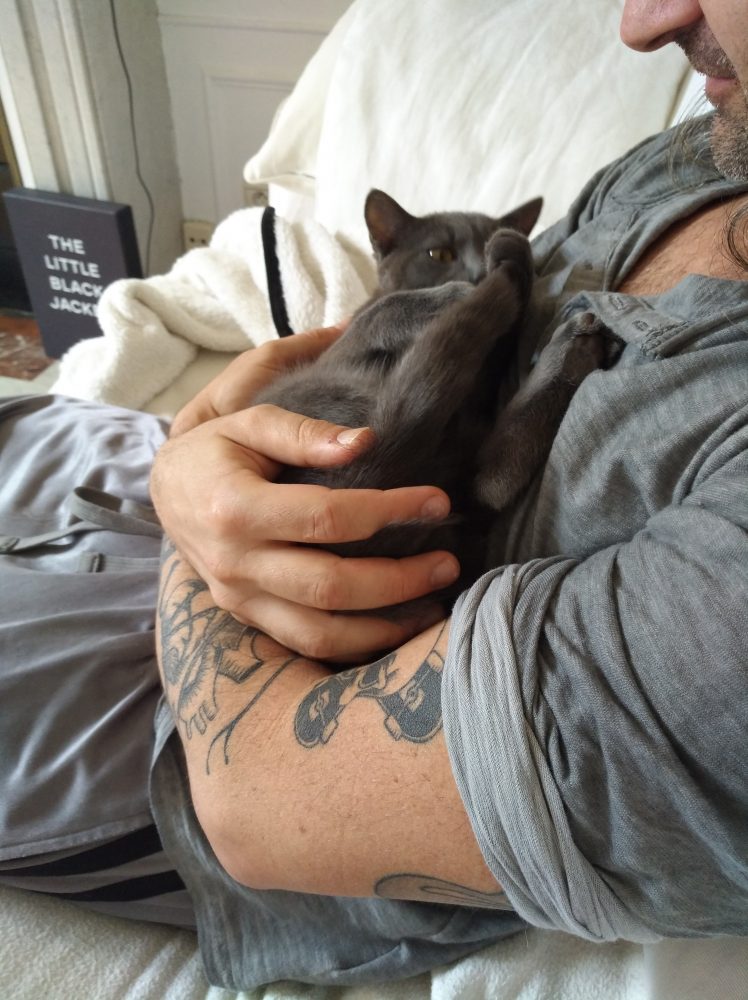 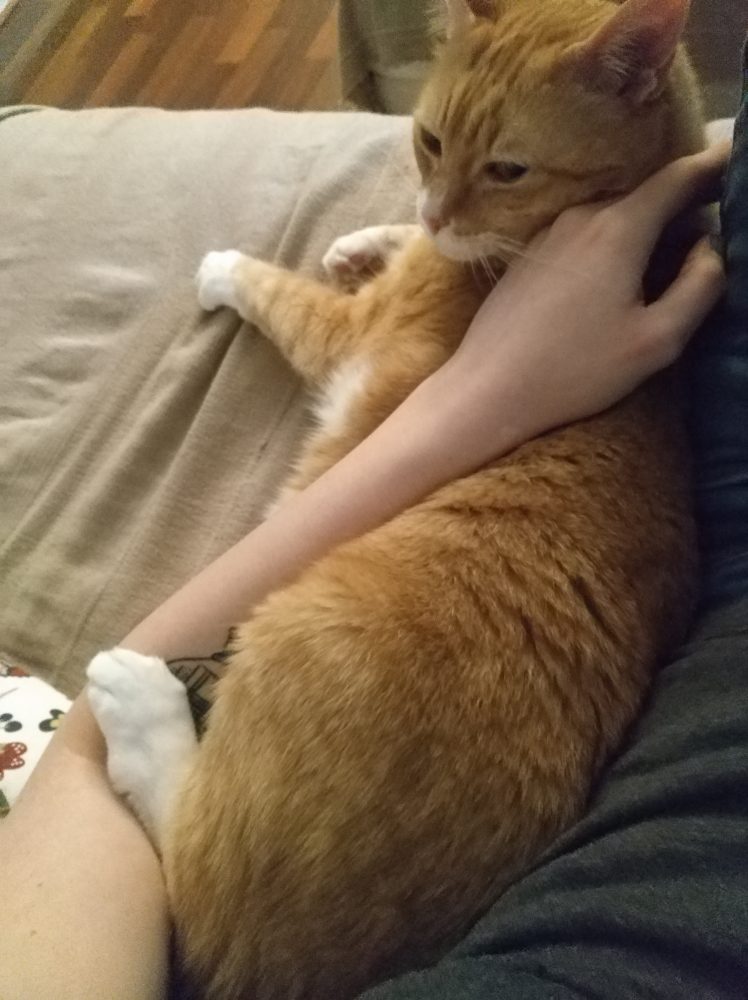 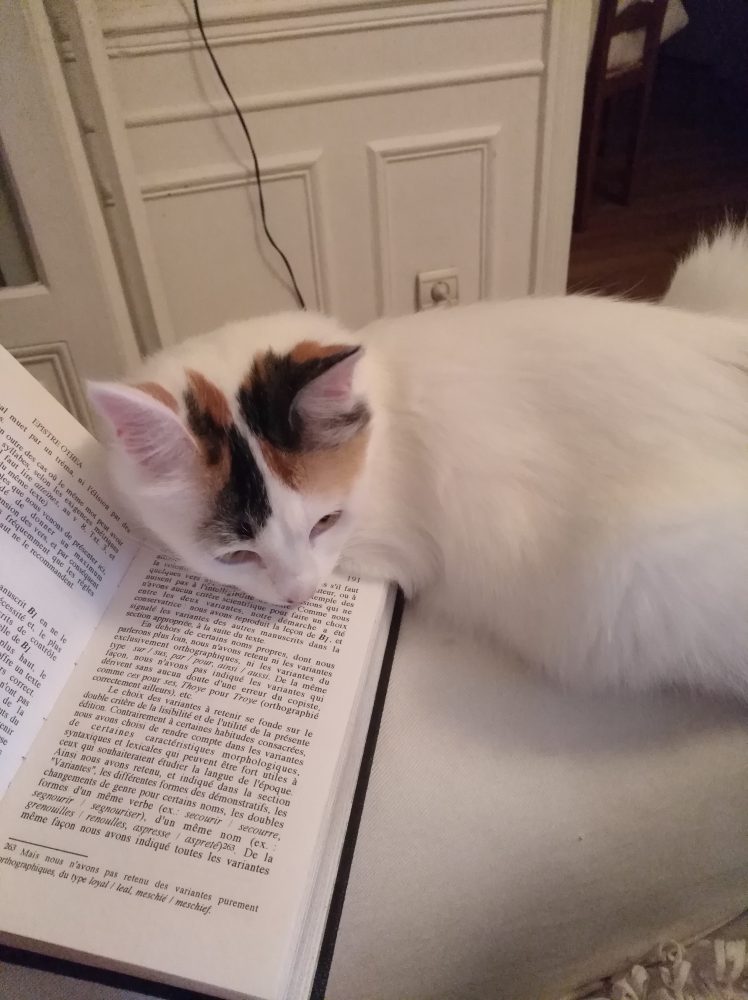 Then a friend – who regularly used to let us stay for free in her apartment when we were in Paris and she wasn’t – decided to go live abroad, and we moved in this same apartment! It’s pretty small and very expensive, but the location is amazing. It used to be my dream location for the whole 6 years I spent studying at university around the corner! I guess we’re kind of living the dream, then….!
Simone got a job practically when we arrived, and started working at this cool rooftop in a luxury hotel in the center of Paris. The rooftop has closed by now, but he’s still working at the bar.

I’ve also got a job pretty fast, and still working over there – the office is on Les Champs-Elysées – as a Content & Community Manager. It’s pretty cool, I really like the people I’m working with and I get to do a lot of different things I wouldn’t think I’d be doing. Multi-tasking 101 is now my motto!
Because the office was closing for a bit at the end of August, I did get the time to finally finish my Master’s degree dissertation, almost two years after starting it, and it was as relieving as it was painful and sad. Letting go of my baby project was necessary to move on but boy was it hard to say goodbye… The defending went really well and my grade was great, so it was a true banging way to finish my Master’s degree! 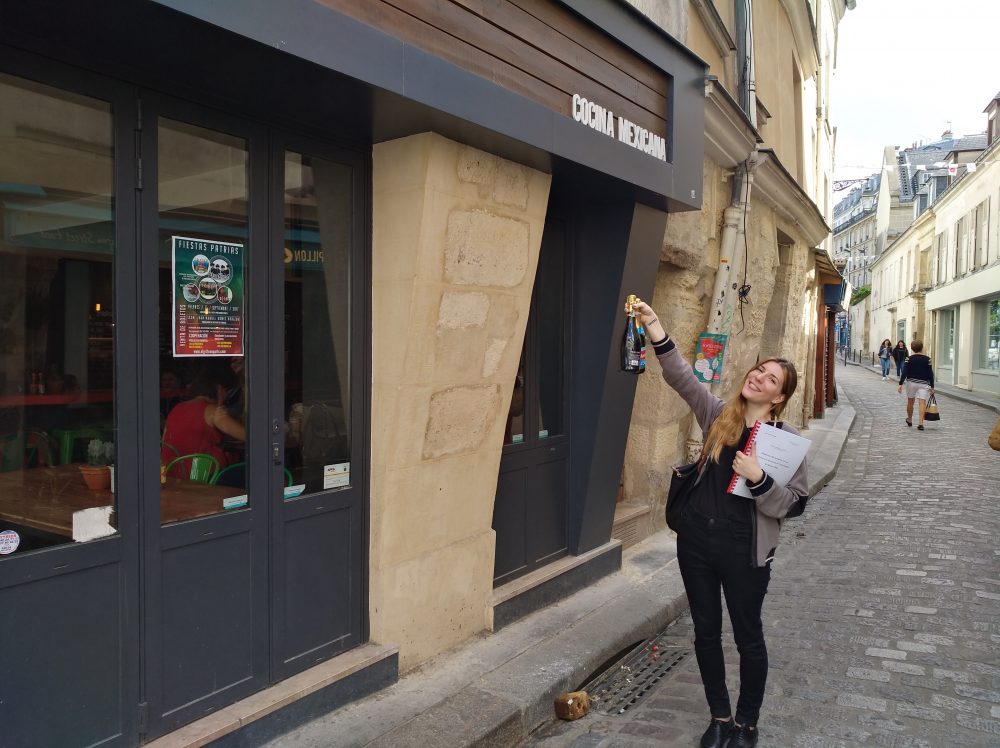 Now we’re all committed to working our asses off and blogging, blogging, blogging! Expect lots of posts about Paris, there’s so much to show from here!! – We actually started with a little skateboard photoshoot in front of the Louvre’s Pyramids, one of my favorite place in the city! 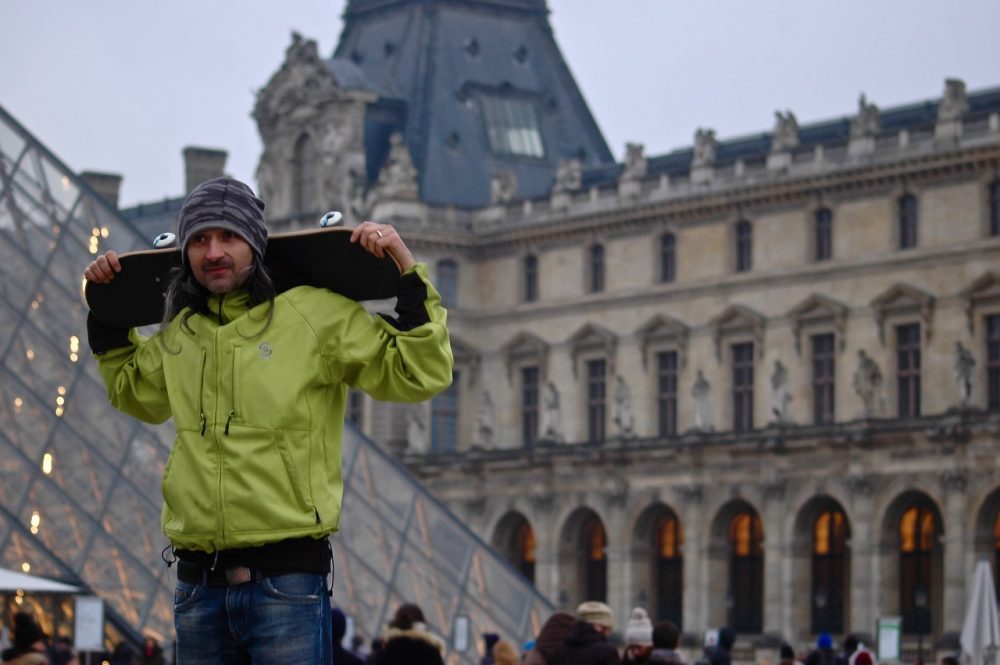 We’ve also taken a weekend away to Brussels to spend some time with friends of Simone’s. It was great seeing them and spending some time in this city we both knew already and enjoyed. The rhythm is well slower than it is in Paris and it always feels good to us to slow down… 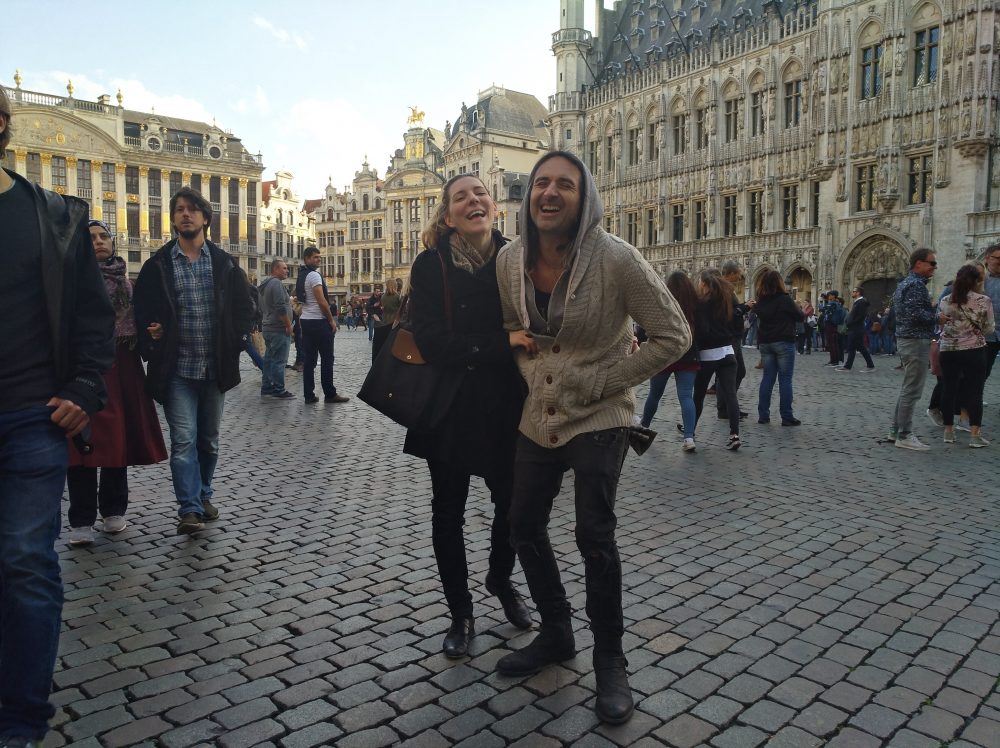 Congratulations! And greetings from Warsaw!

It was fun to read. I have been to Paris last year, for the first time. And I “lost” there my camera.

If you’ll need some tips or guide about Warsaw, feel free to pm me. : )