Worst Travel Moments of 2017 : Scammed on Airbnb and lost in the middle of Northern Ireland

We didn’t travel that much in 2017 and it’s going to be really bad to beat some of my worst travel moments from when I was traveling solo (this is a story for another time, but believe me when I say some were EPIC). But it so happens that some questionable stuff happened this year, and my two worst travel moments of 2017 happened both in Belfast.

First, Simone and I have been scammed on Airbnb, which didn’t end up being too horrible, but made us freak out for a whole afternoon. Then when I started looking for work in Belfast, a somewhat “test” during a recruitment process landed me in the middle of nowhere in the middle of Northern Ireland. Now I laugh about it, but I didn’t laugh so much at the time….!

Being scammed on Airbnb

We had to find an Airbnb for a few days before moving in our apartment.  We decided to be a bit bold or something and booked this new ad with no review whatsoever.

Well, it was a fake, and we were left in a part of town that looked like a ghost town, trying to get somebody responsible for this on the phone. After trying to reach the owners with no success, we ended up in two coffee shops (the first closed maybe 15 min after we arrived) to try and reach Airbnb to find a solution about this. 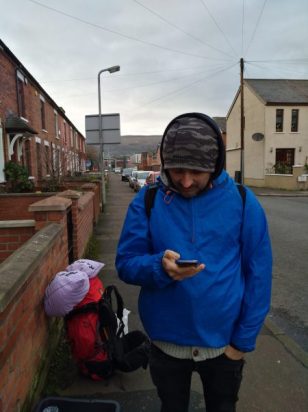 We were lucky to have great support from other travel bloggers who gave us advices and retweeted our desperate messages to Airbnb… In the end we’ve been refunded and relocated, and it ended being pretty ok.
But honestly, this afternoon probably took off 10 years of our lives!
The adventure had such an effect on us that we immediately wrote a post on the blog to tell people everything about it. It turns out it’s now one of our most popular articles!

Lesson learned: do not book Airbnb apartment with no reviews.

The “job test” of hell

I applied for this marketing job in Belfast. It looked really interesting and it seemed that I would be a good fit. I slayed the interview, and was called back for a “test”. We would go with some people working for the company to observe what they did, and they would also observe us to see if we would be good fits or not.

I went there in the morning for the “test”, all happy and ready to slay some more.

First thing that should have made me realise this wasn’t good: they made me wait more than 45 min. That tells you how much I wanted a job, because now I wouldn’t wait more than 15 min without someone updating me with a good reason for being late.

Something else should have made me think this was shit: nothing was clear. Nothing about the job duties, nothing about that stupid test. But I was hopeful and excited. Also these guys were hinting at very good stuff and opportunities. I could see myself as a cool PR in Northern Ireland, it sounded quite good to me.

When they decided to show up, we got in the car of one of the “managers” (now I realise I was being insane), me with him, another girl trying out with a female manager. We drove A LOT. But I didn’t really realise it, and I wasn’t too worried. But after a while I started understanding that we were really going far. Because I’m not that much of a bad ass, I didn’t say anything.

We dropped the girls then drove some more, to a huge supermarket.
In the middle. of. nowhere.

You can see Belfast in the blue heart and I’ve put arrows to show you where we went: this town the middle of NI…! Northern Ireland being delimited by the red frontiers…

And then the guy took his working stuff and I realise that he’s going to try to sell people an internet provider. What. the. fuck. If you had told me it was that, I would have never even been to the job interview! I’m no sale person, I’m a communication person, a web person, a PR maybe. But I’m not selling you something I don’t believe in and don’t care about! I just don’t, I don’t like it, I’m bad at it, it’s no, full stop.

And then – let me cut this short – the guy asked me to do exercices blablabla to sell me their somewhat pyramidal marketing thing, in which by what he was saying he should already own a business but was still scrapping by trying to sell to 5 people and didn’t even made one sale in the entire day.

I told him that there was no way I would do this because it’s not what I want to do. I’ve done it a couple of times in Paris when I was a student, and I hated it. I would rather starve than do this again (but I wouldn’t starve because I could at least be a decent waitress and people are always looking for waitresses).

Anyhow, the guy got pretty mad and basically told me “well, BYE then“. And I was like “dude, I don’t even know where I am, and according to my GPS, WE. ARE. NOWHERE. WTF!“. And he answered something in the lines of “there’s a bus somewhere. Every hour, maybe. 12£. 2h away from Belfast. I could drive you to the bus station“.

I could have burnt all of his stupid papers. I mean honestly, I felt like these guys – on top of royally wasting my time – had abducted me and left me stranded in the middle of a country. As if I took you from Paris, got you in the middle of France and told you “well, you can walk to the nearest train station. Good luck”. So I told that I would go back to Belfast with him. Of course the poor guy (I was feeling a bit sorry for him because I’m convinced he was manipulated into this thing that sold him dreams and landed him in the middle of nowhere with very little hopes of actually making it) was like “I need to make x sales so I won’t be going back for a while”.

Now… If that were to happen today, I would get so mad – call his boss, threaten to call the police, call the police, scream so much he couldn’t work,… – that he would have driven me back RIGHT THIS INSTANT. But it didn’t happen “today” and so I patiently (kind of) waited in the car until 6:30pm when he decided to leave after making no sale whatsoever, and also he completely totally refused to speak a word to me (I assume they get bonuses for each person they turn, so I was a total bummer for him).

No need to say I was beyond myself with anger – against him, his company, and myself for not speaking up – and directly went to drown my sorrow at the bar where Simone was working! 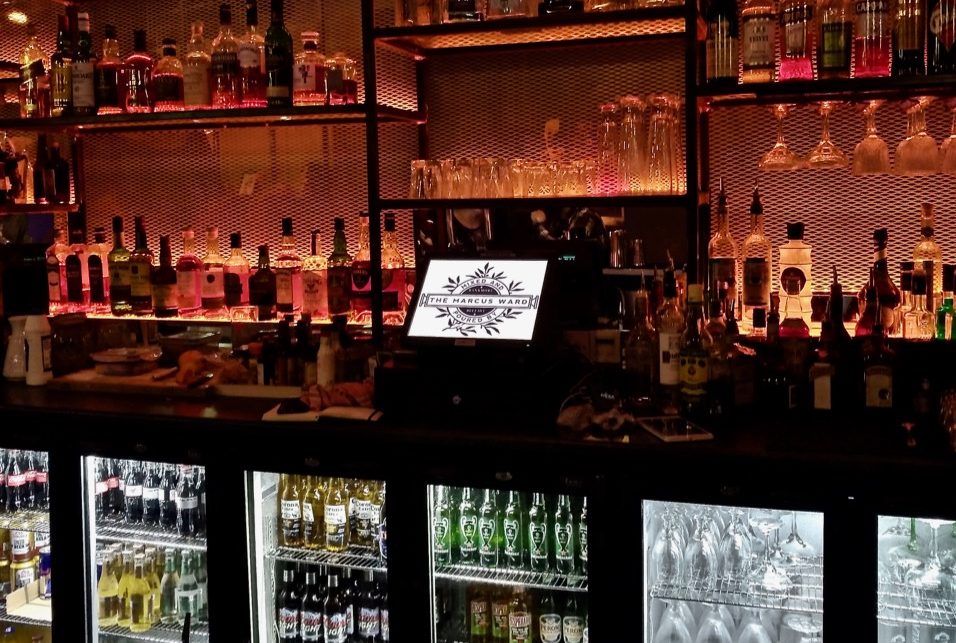 Lesson learned: Ask questions when you’re applying for a job, especially if it requires you to get in a car with someone you don’t know. And then, speak up when you’re basically stranded in the middle of nowhere against your will and would like to get back!

Living in a van full time: The TakeYourBag...

Oh no, so sorry to read these experiences, but helpful advice, now I know never to book an airbnb without reviews, thanks for sharing!

Some of the most trying situations become good life lessons and stories to laugh about later, but are definitely not fun in the moment. Glad you are safe and sound! All the best in 2018.

Ugh, that job “test” sounds awful! I hope you have an alternate post of your best moments to help wipe these away!

I love a good travel blunder story – especially when there are no severe after effects other than a bit of embarrassment / hope never to be in that situation again!

Both the experiences were kind of tricky. But its good that you came out through them. I did not know Airbnb has such properties too! Its good that you wrote about them! These are all learning experiences though! Hope you have a great travelling year in 2018.

Oh my, I am so sorry to hear about your bad experiences. I cannot believe people get scammed on airbnb, like seriously! As for the job, I’ve heard a lot of stories of people trying to scam others and it’s common here in Dubai as well, but I really don’t know how one can be too careful to get into one of these scams. I am glad, however, that you managed to get out of both the situations just fine. Here’s wishing you a much better 2018!

I have to say, these events may have been horrible for you in the moment, but they sure are fun to read 😉 I’m learning from your mistakes, though! You have to be careful when scheduling an Airbnb!

Oh my gosh, that sounds just crazy. I can’t believe that guy just wanted to leave you in the middle of nowhere! But then again, I also feel kinda bad for him.

My goodness! Poor you!! These things are sent to try us! It’s worrying that fake places like that exist on a ‘trusted’ place like AirBnb!

Oh holy cow! The job story is horrible. It’s a lesson for all of us. In addition to being mad, I’m sure you were afraid as well. I’ve used AirBnB a lot and never had any trouble. I’ve heard some horror stories lately though. I wonder what’s up with them. Maybe they need to screen the hosts better. Glad you are safe.

Wow, that is crazy that he just took you out into the middle of nowhere and almost left you stranded! At least you got back safely and nothing worse happened, that’s all that matters. And you’ve got a fun story to tell! Haha. That sucks about your Airbnb too! 🙁