Visiting the Titanic Museum in Belfast

Visiting the Titanic Museum is one of Belfast’s most famous and popular attraction, but is it worth it? And more importantly, is it worth your while to visit it if you’re not a HUGE Titanic fan?
VisitBelfast has kindly organised tickets for us to find out! 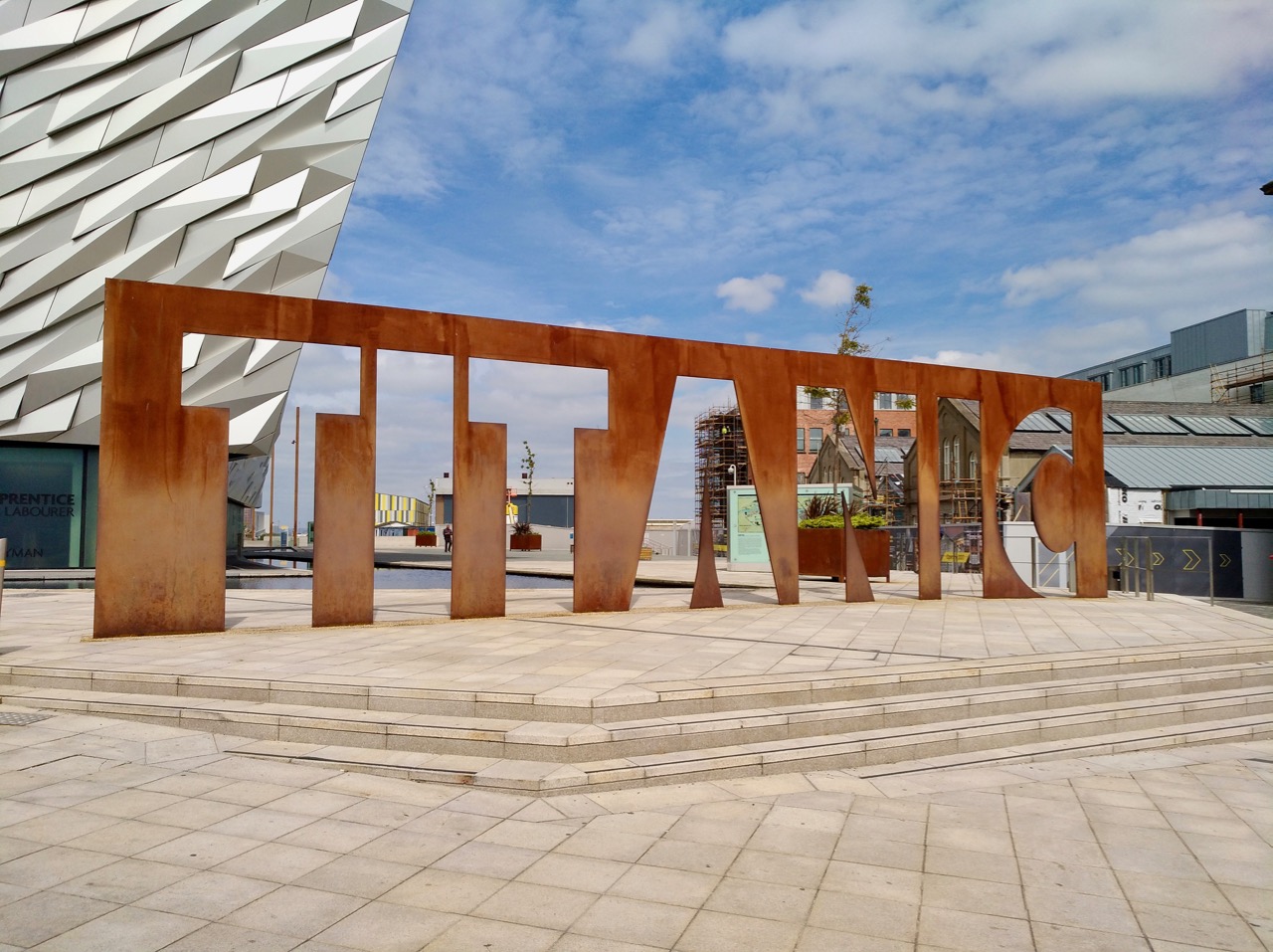 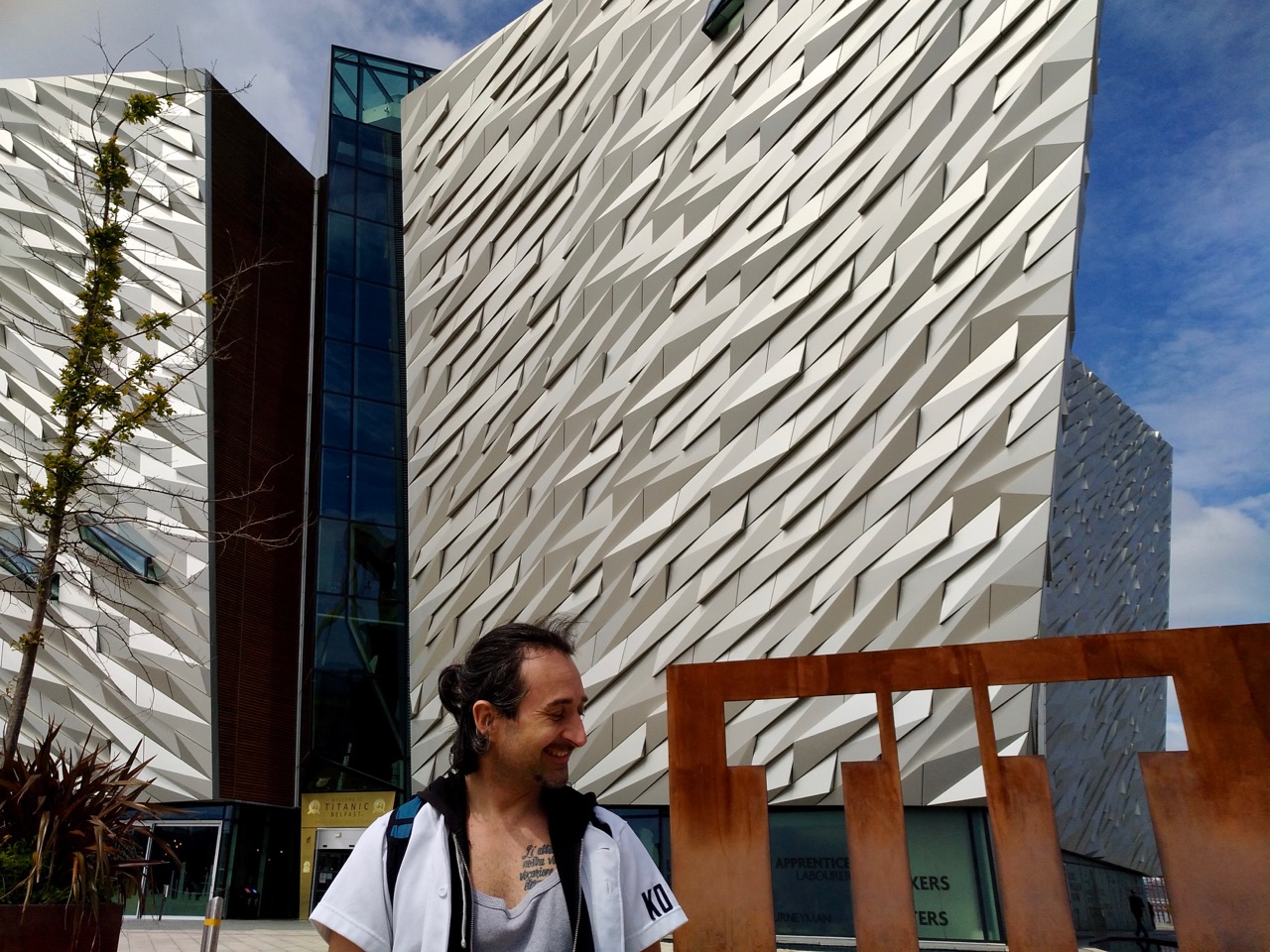 We started our Titanic Museum Belfast experience by riding on the Wee Tram that takes you around the whole Titanic area (yep, it’s not just the museum, and it’s also called Titanic Quarter, so it’s definitely a big deal). 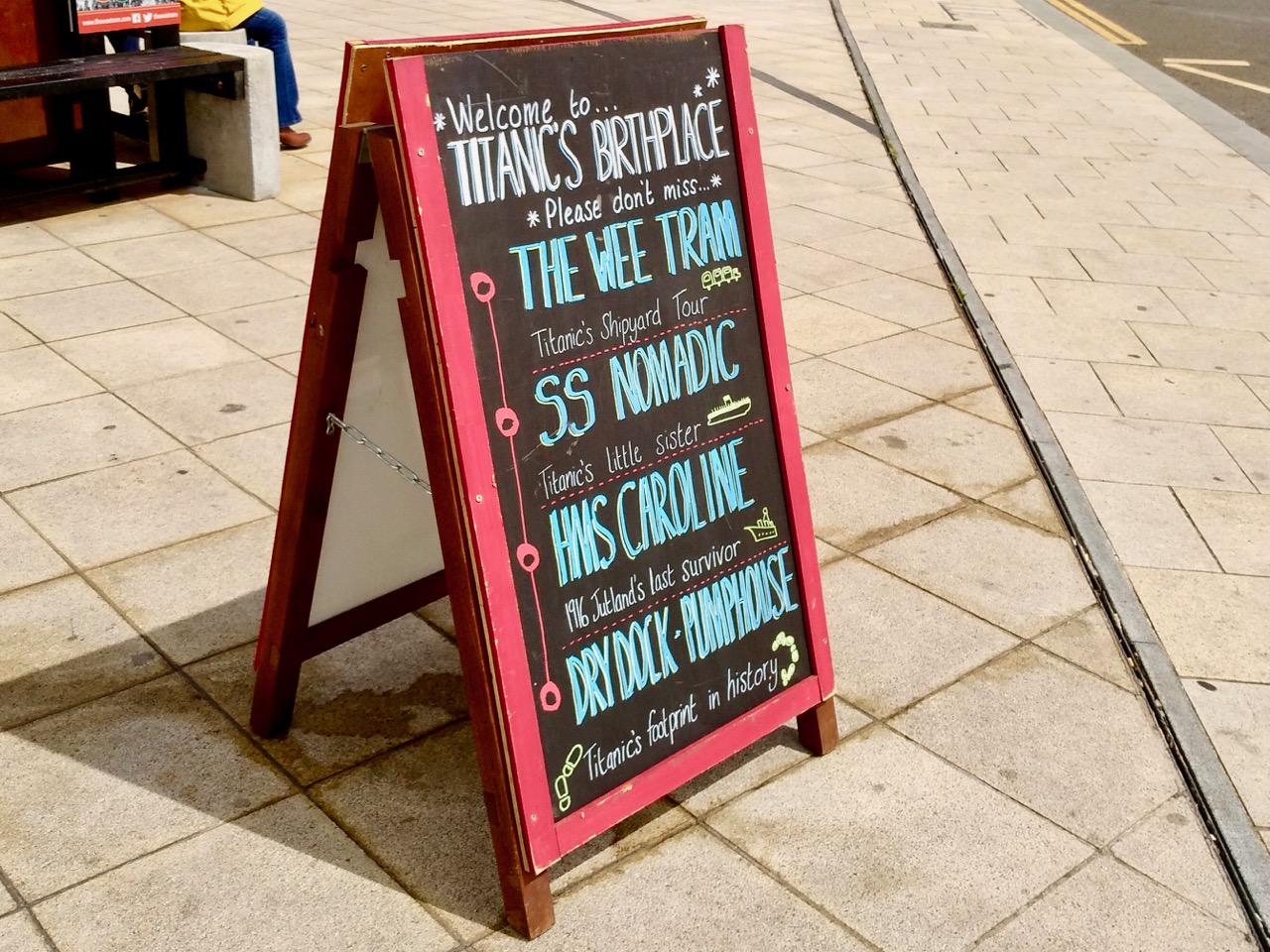 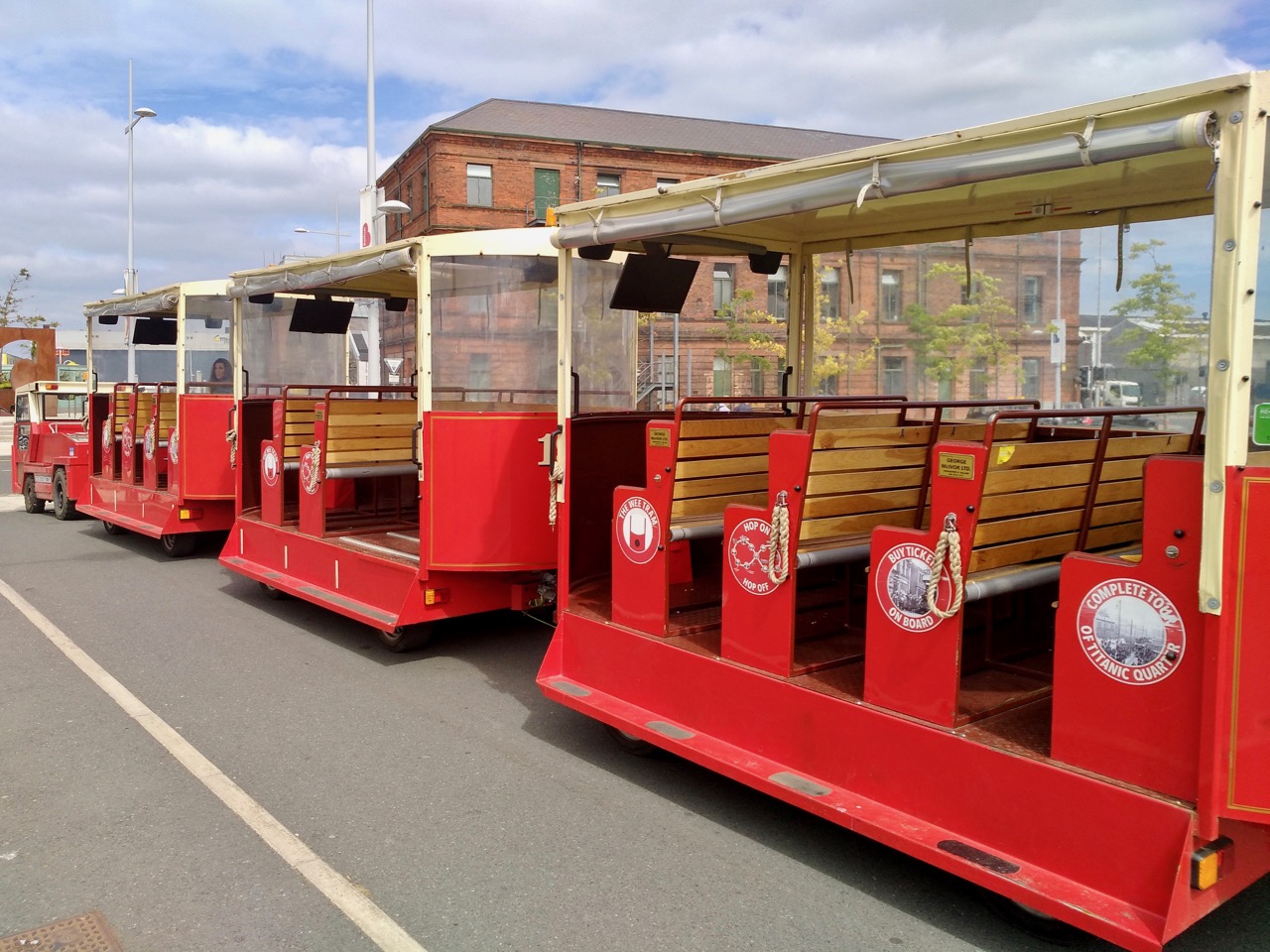 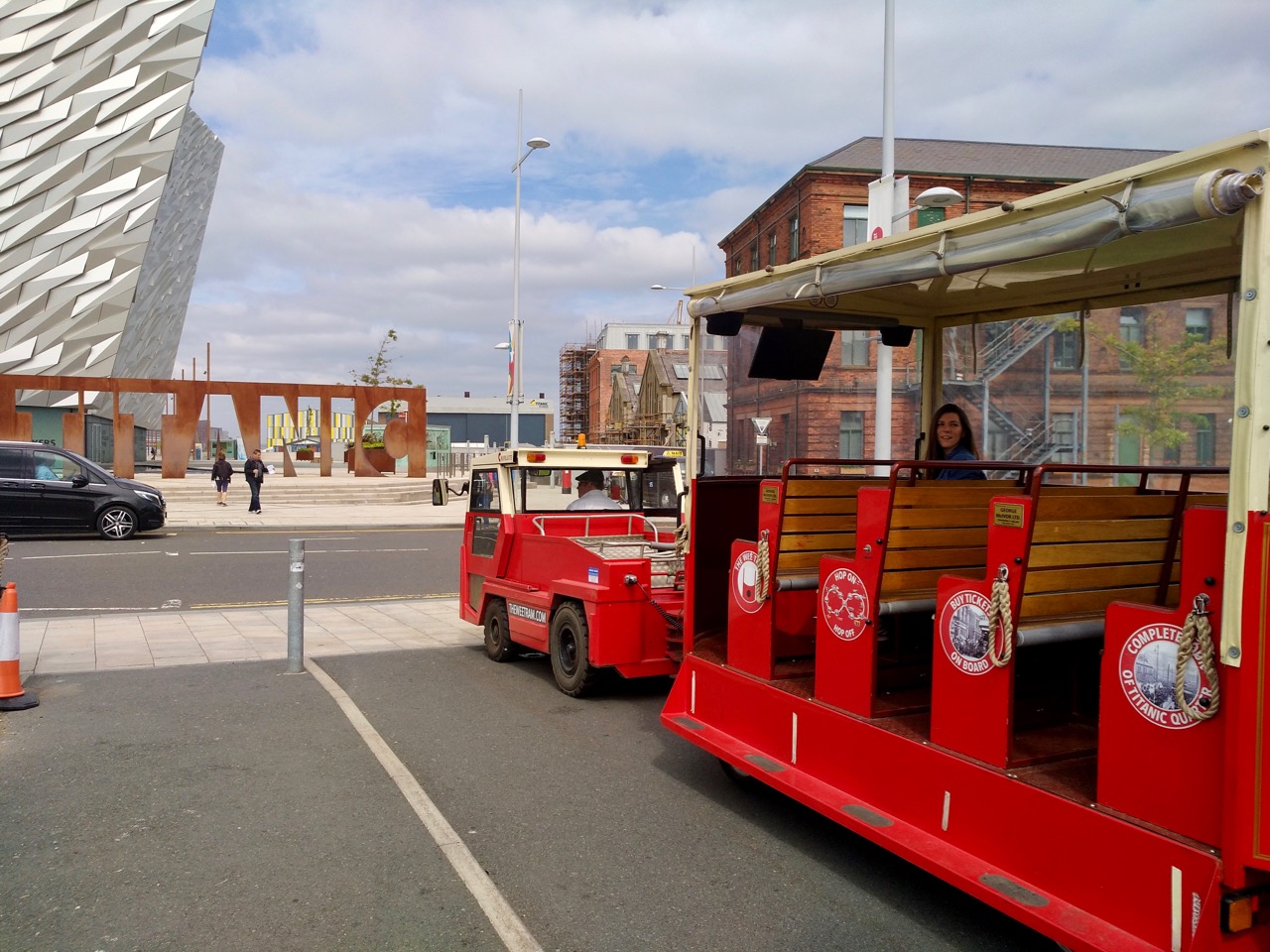 As this tour will give you a lot of interesting informations about the construction of the Titanic in Belfast, the lives of  the people who built it, and the Titanic area, we recommend you take the time to give it a go. For sure, you do not want to miss the chance to meet Samson and Goliath the two twin cranes that dominates Belfast Skyline. 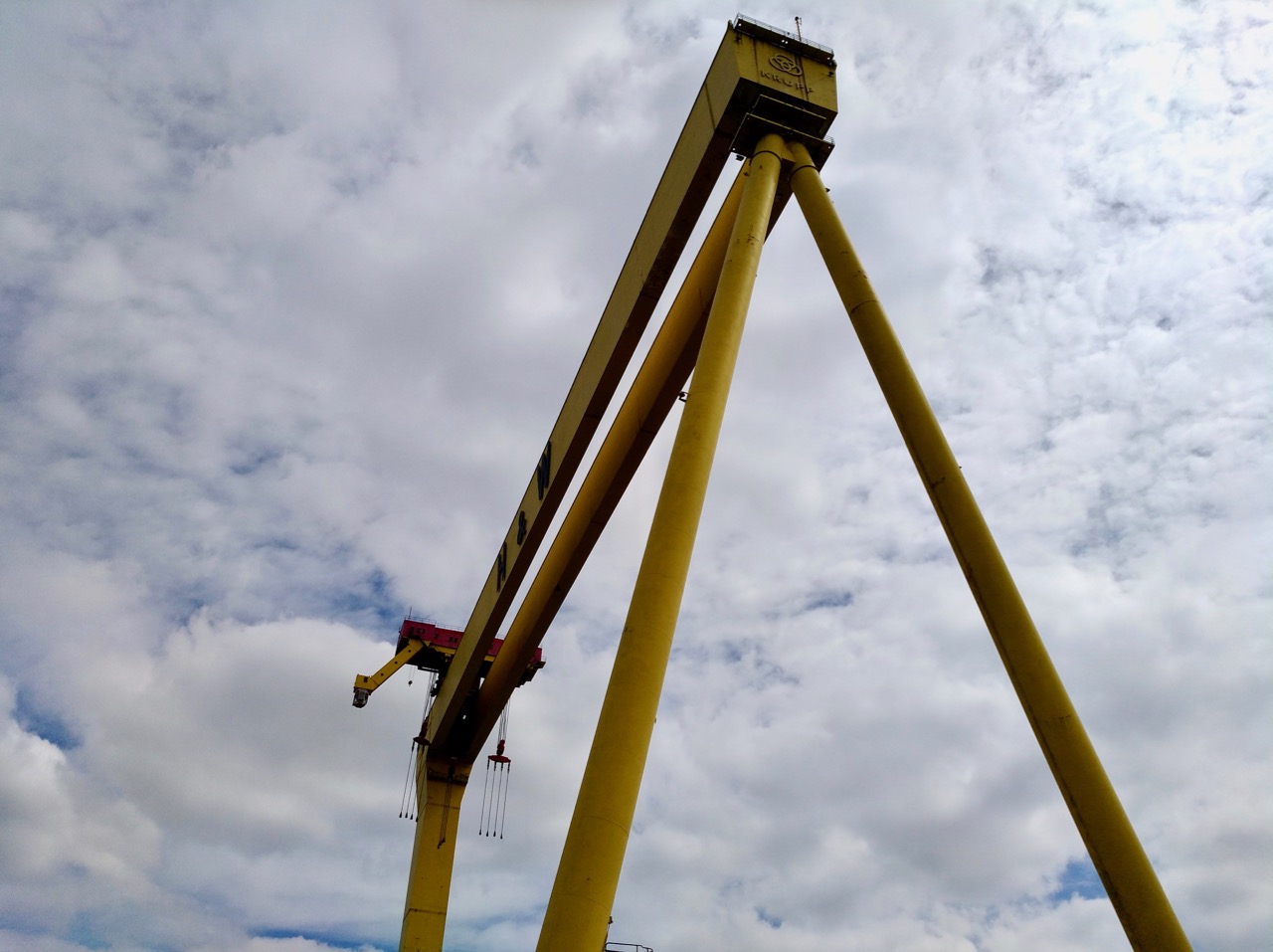 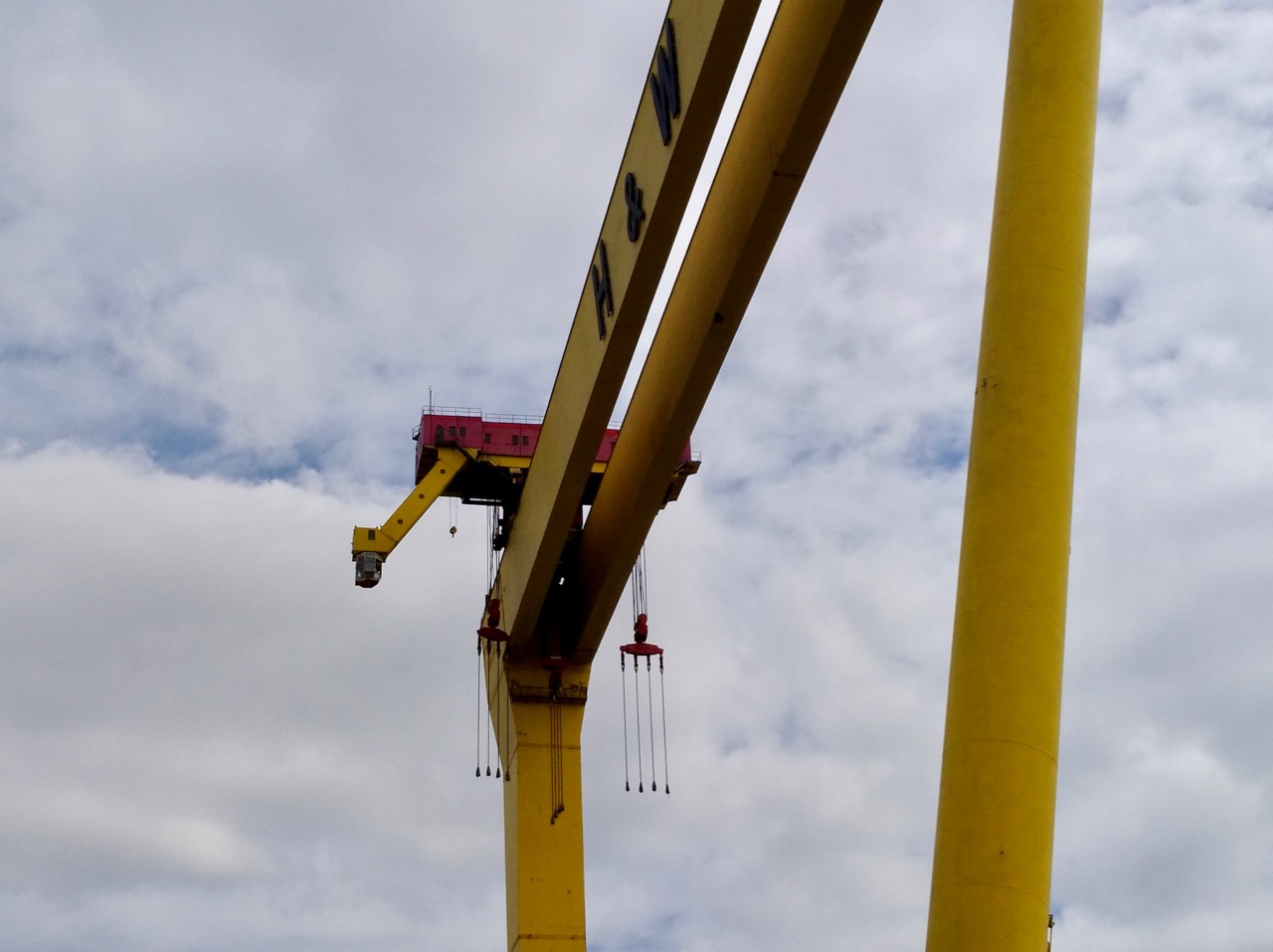 However, wether you want to do it before or after visiting the Titanic museum is entirely up to you. It’s not like it’s going to spoil you anything, and it gives you more context to understand your visit, but if you go after the visit of the Titanic Museum, it will also make you understand some things better, and let you imagine more clearly what you’ve seen in the museum. So honestly, you should do it whenever you feel like but DO keep in mind that the museum is HUGE and allocate enough time for the +/- 30 min of the Wee Tram Tour. 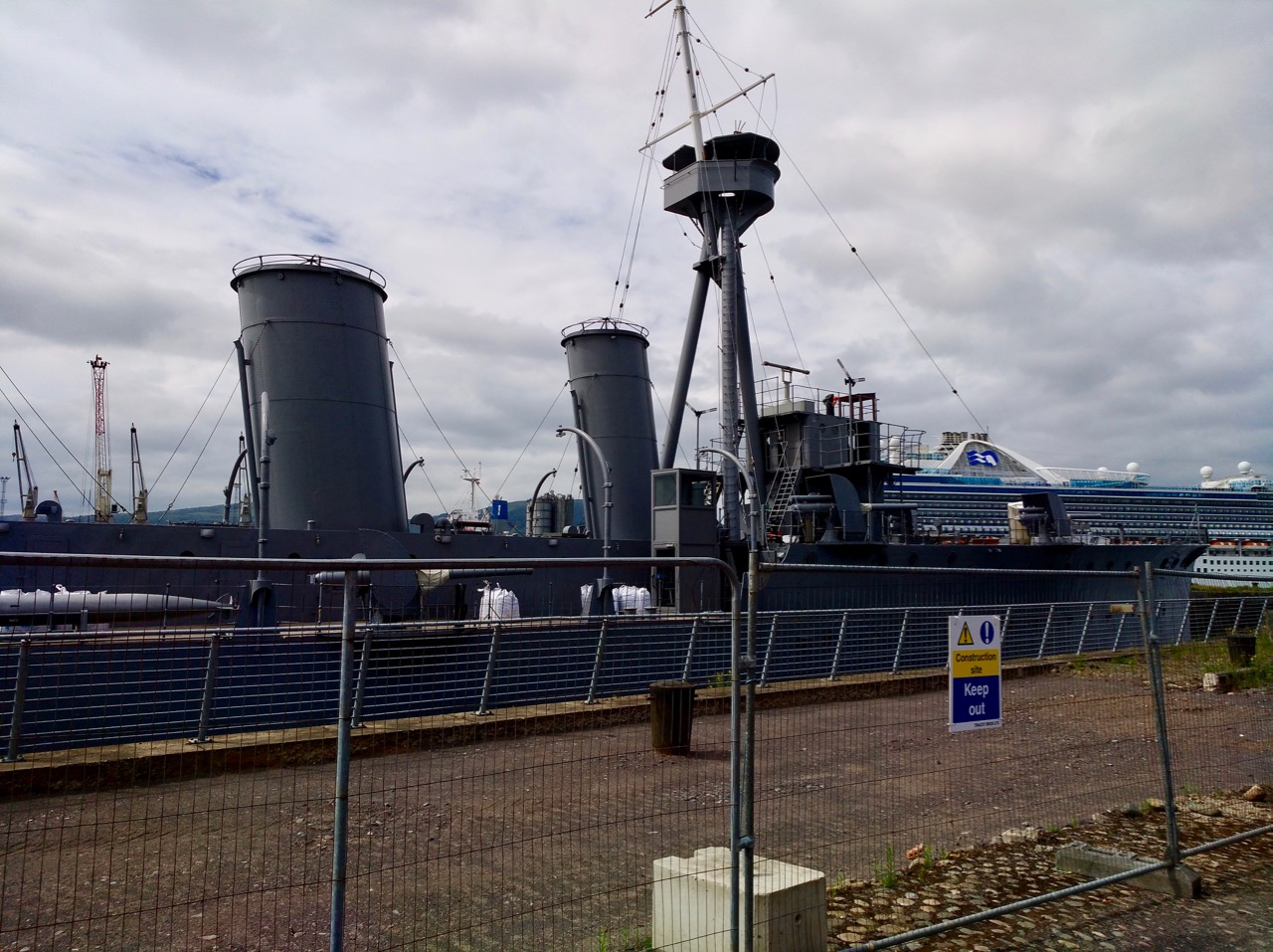 As we mentioned, the Titanic Museum is huge and very interesting. You’re not going to want to skip anything or go super fast, because even if you’re not a huge Titanic fan, it will give you an incredible amount of information about the life in Belfast around the time the ship was built. We would recommend allocating at least 2:30 hours to comfortably do the visit. 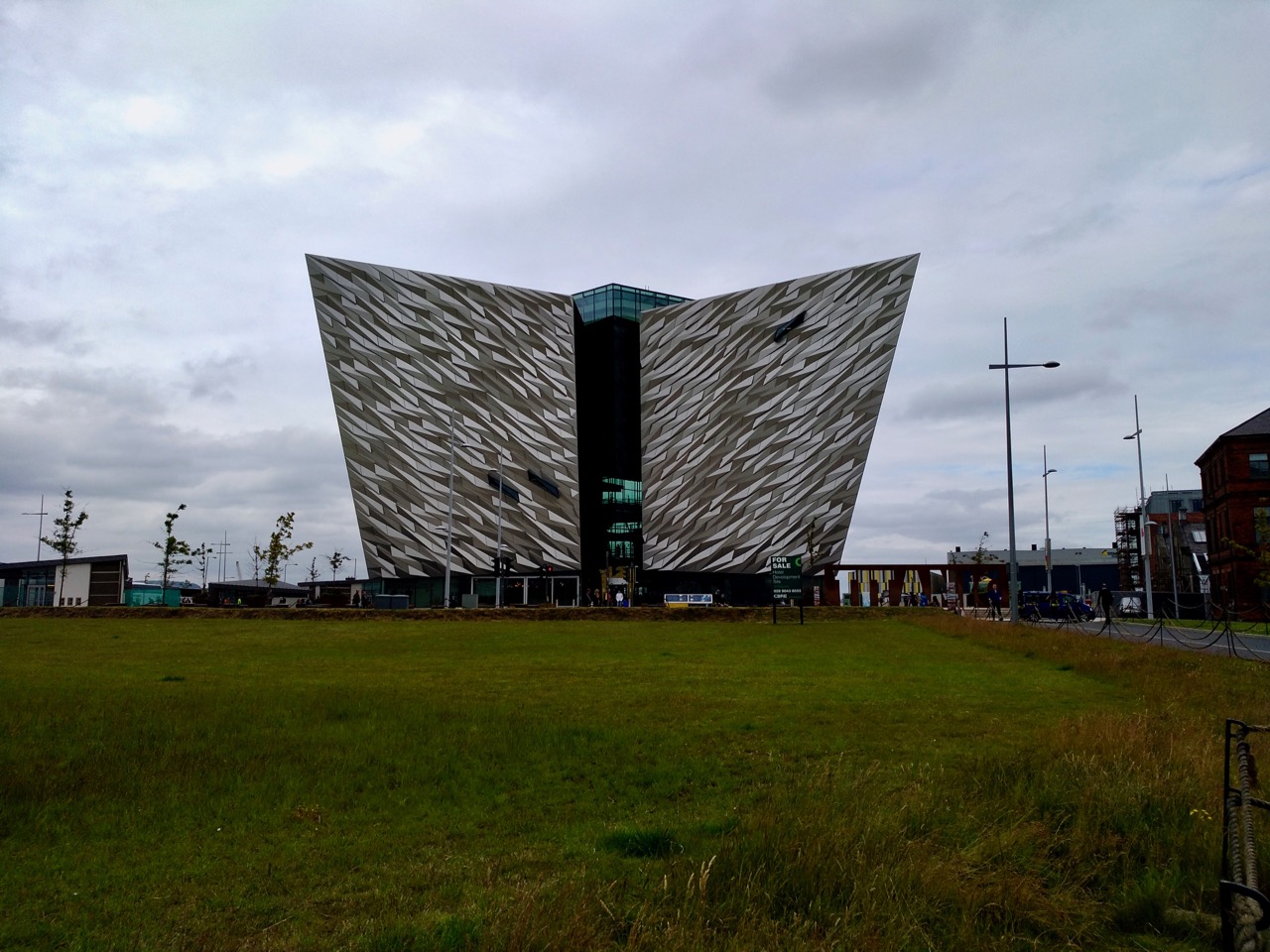 The ticket stand is right there when you enter, so you won’t have any problem finding it. We found the audioguide very well done ; it gives additional informations from the panels in the museum, but the best reason to take one is that it’s available in different languages, so if English is not your forte, or if you are going with non-English speakers, do not forget to take the audio guide, or you will miss very interesting informations! On the ground level, you will then find the start of your visit of the Titanic Museum (a picture, say « cheeeeese »), a café, a restaurant and the gift shop. 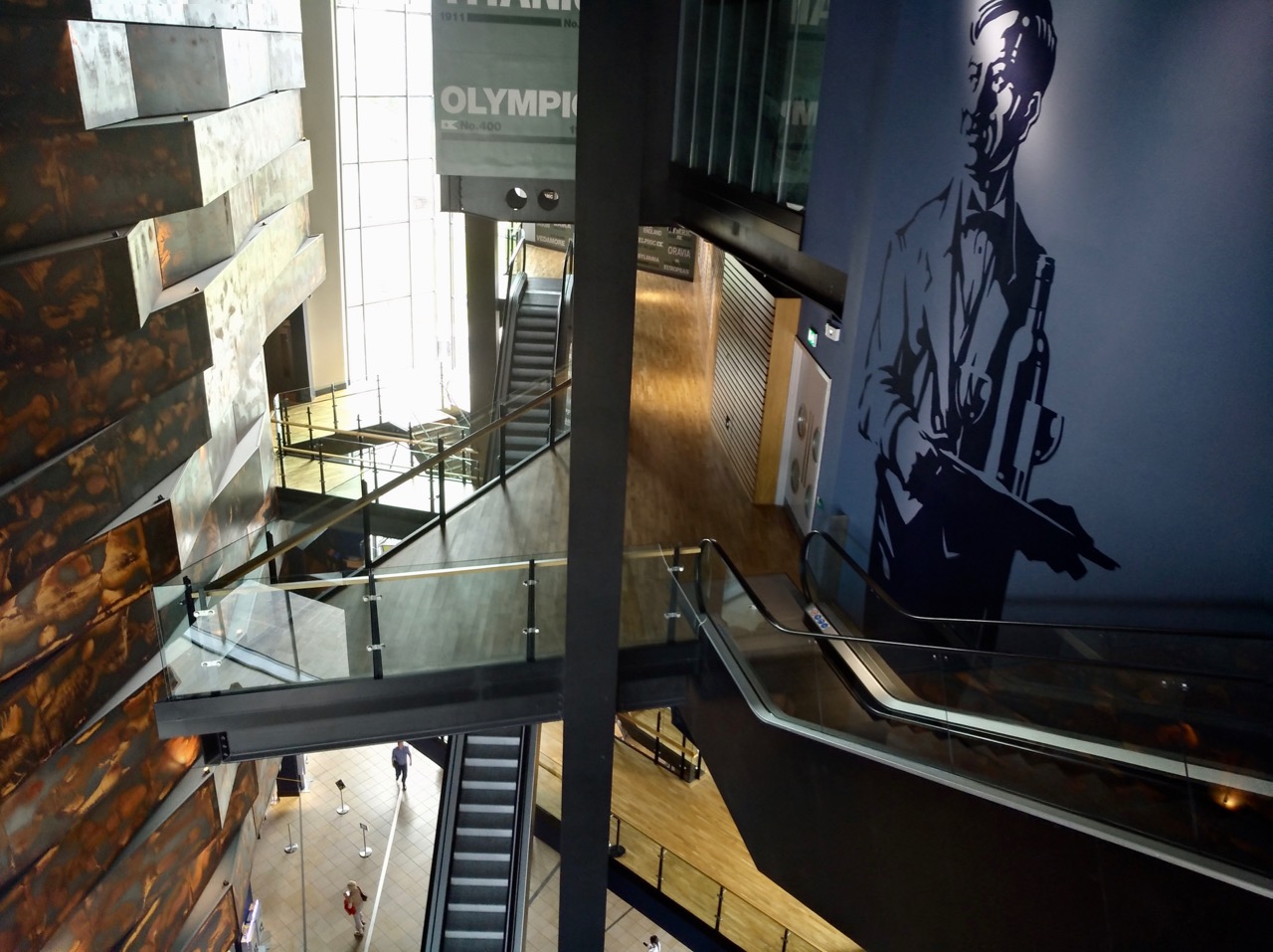 The first floor of the Titanic Museum presents the life in Belfast at the time the ship was built. You will learn a lot about the city and the people that were living and working there. Spoiler: that life was not all good, and it will make you appreciate modern comfort! 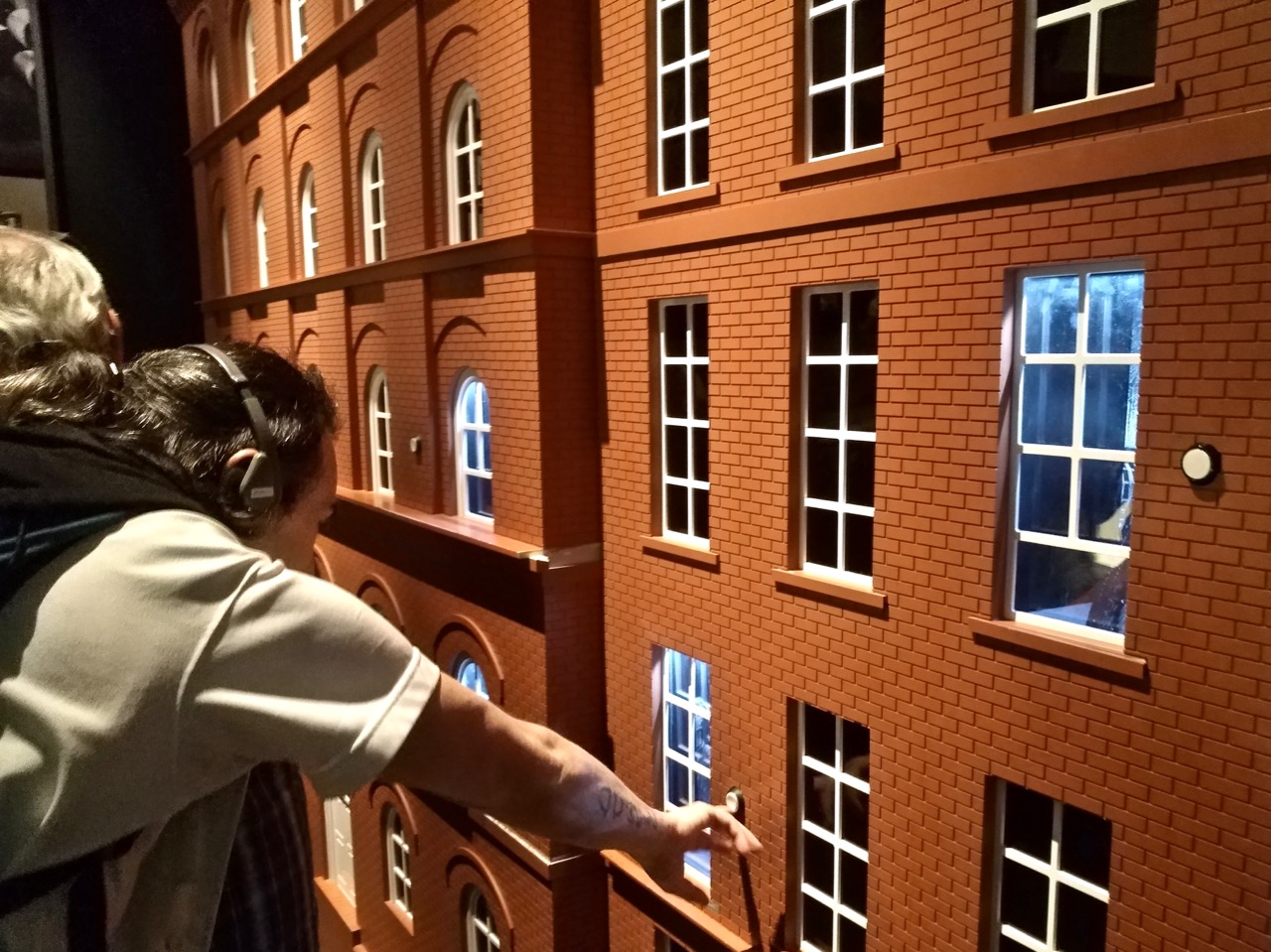 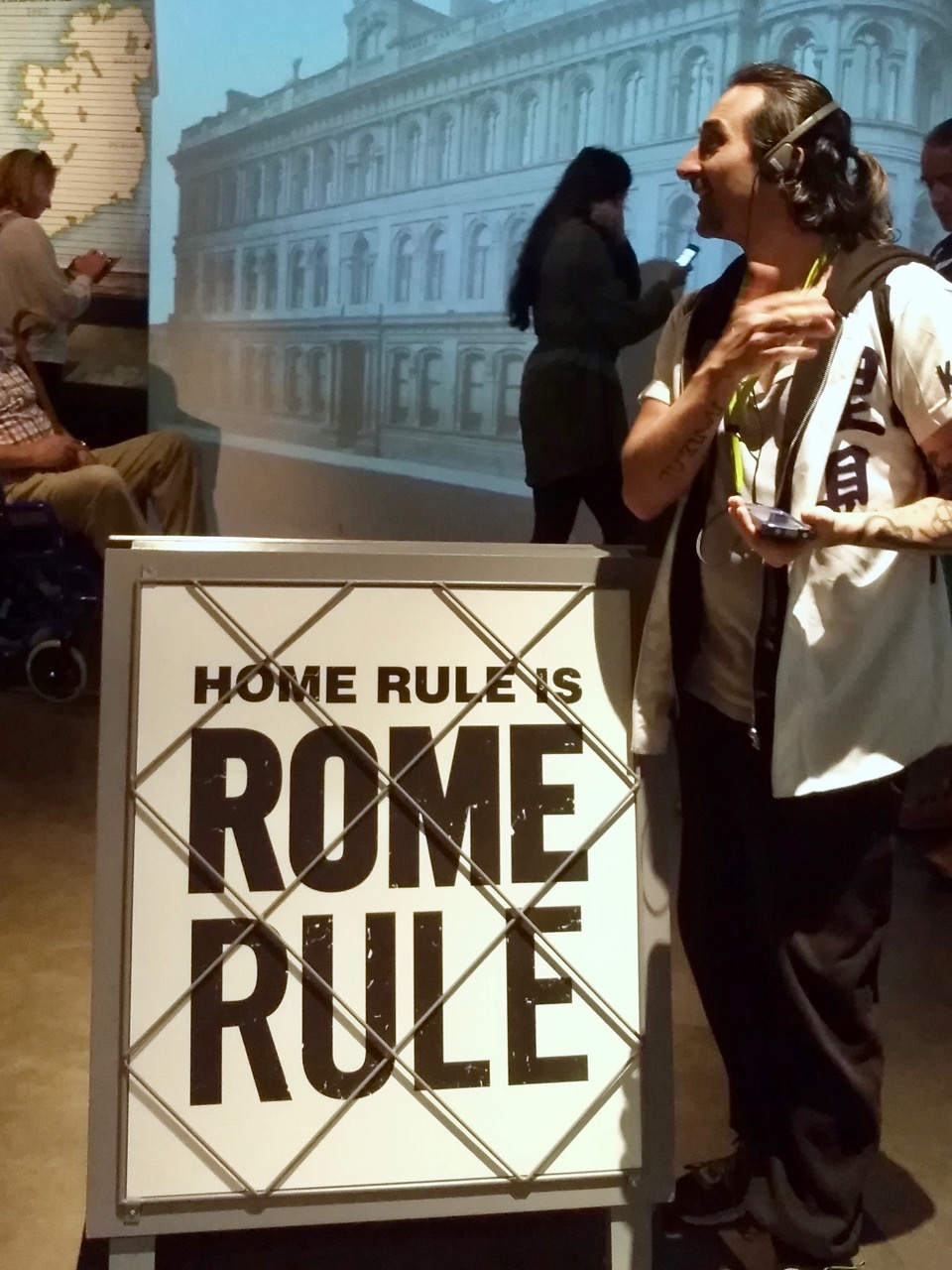 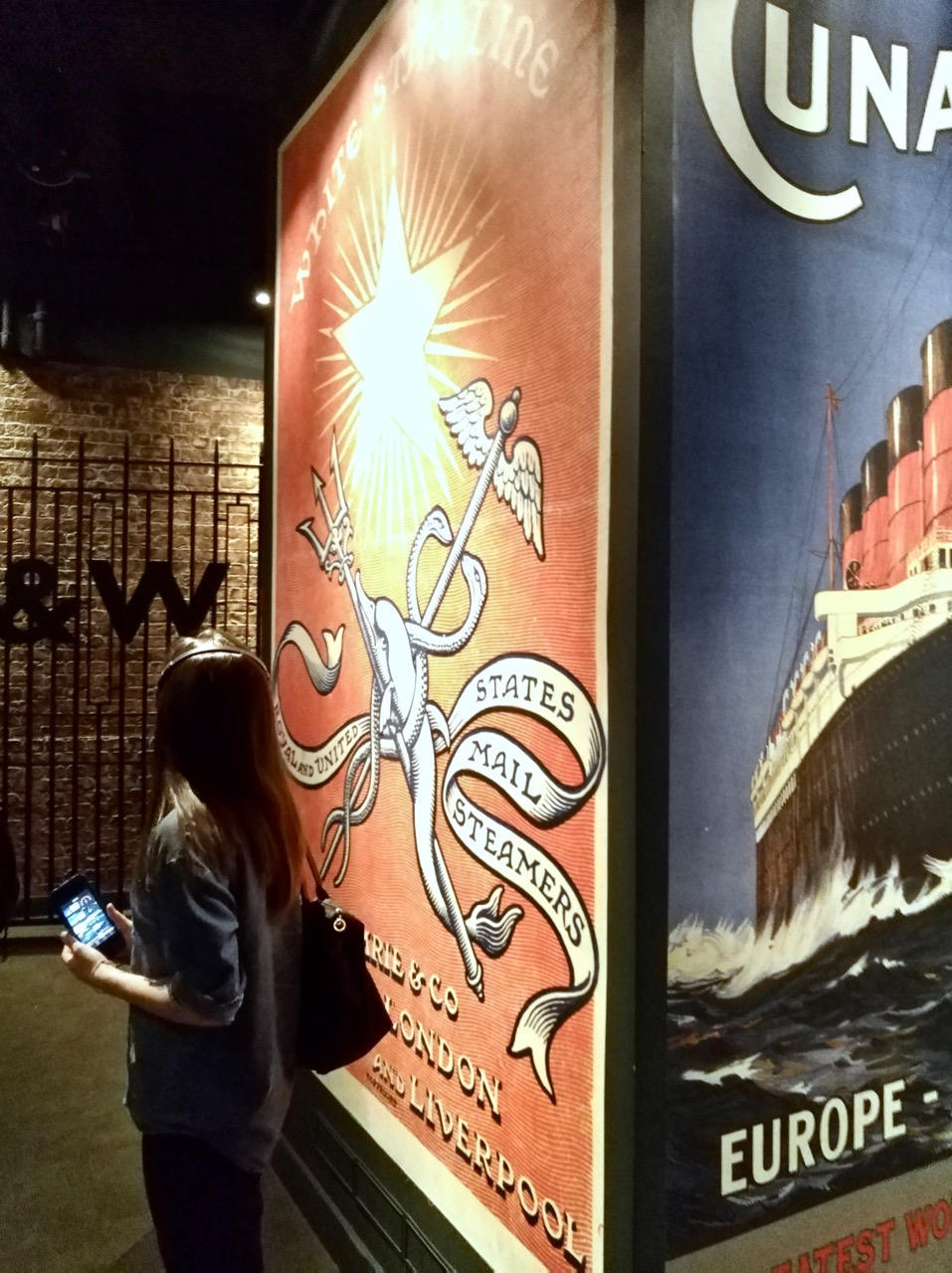 A lift will then take you to an upper level, where you will start to learn about how the Titanic was built, and what it meant for the workers.
There’s a small attraction inside, where – if you choose to do it – you can go on the Shipyard ride to see more of the building difficult process. We loved it for several reasons: it’s nicely done and pretty funny to feel like you’re at Disneyland for a second, and it’s also a nice respite for your feet and back if you’re like us and like to see and read every little details of the exhibition and have already been in for a while. On that topic, there are some strategic places where benches are there to relieve you from your tiredness. So don’t worry, you won’t be walking for 2:30 without interruption when you’re visiting the Titanic Museum. They are also some vending machines for drinks and toilets, so don’t worry about anything, you’re well taken care of. 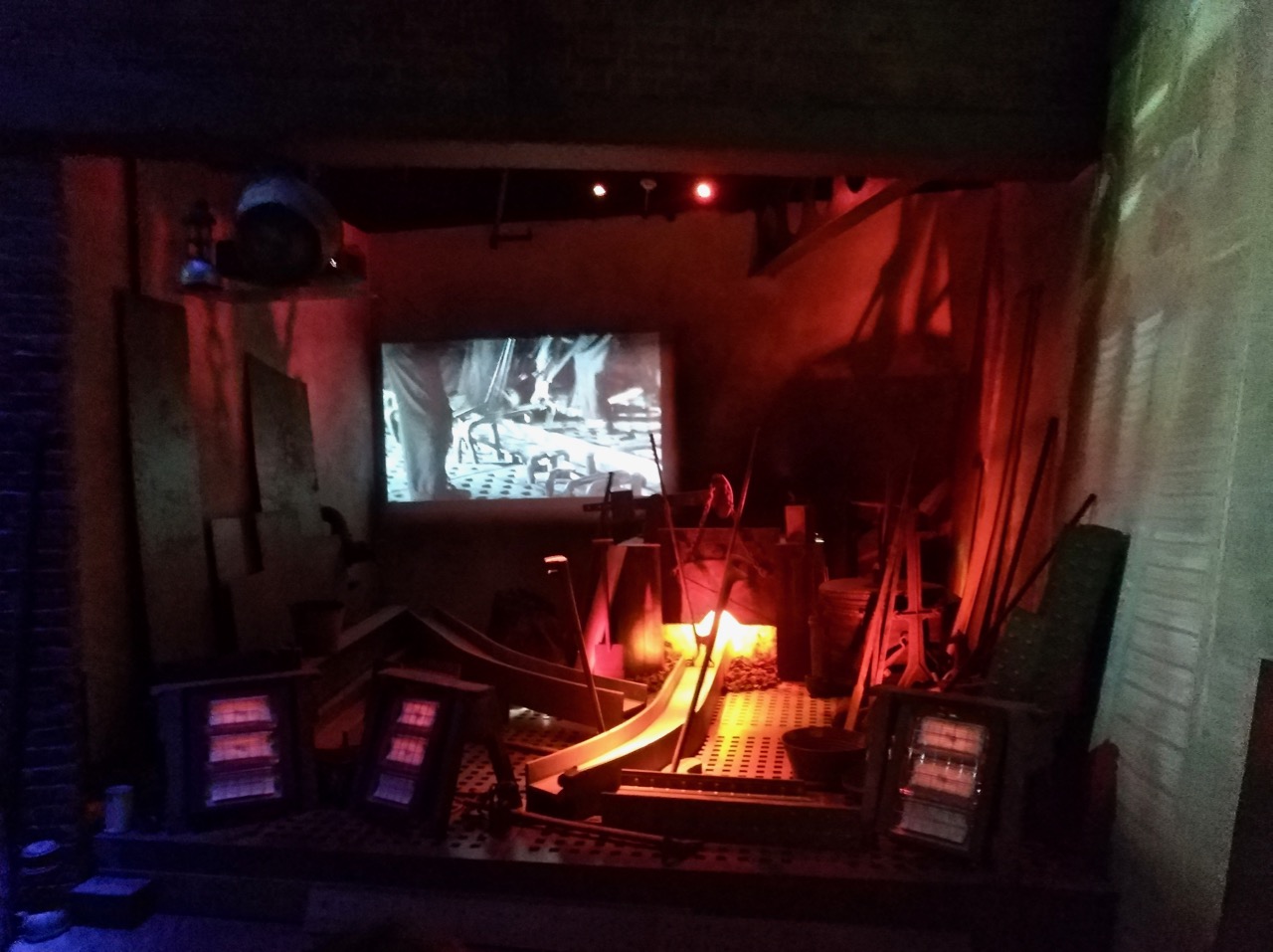 Soon after learning more about the launch, you’ll get to the level of the museum that shows you life on the Titanic. This is probably going to be the most popular level for Titanic fans, as you can really try to get a good look at how it was. Bedrooms are reconstructed and even better, you can get into a 3D tour to explore the ship. YES PLEASE! It’s not very long, but feel free to go through it a few times to really immerse into this feeling of being inside the ship yourself. You will be able to see with very cute info-videos that come next how many people embarked on the Titanic, when and where, how much food was on board, etc. Everything is very nicely done, perfectly informative and agreeable to watch and read. You’ll see original pictures and letters, and will feel like you’re in the kitchen of the ship. 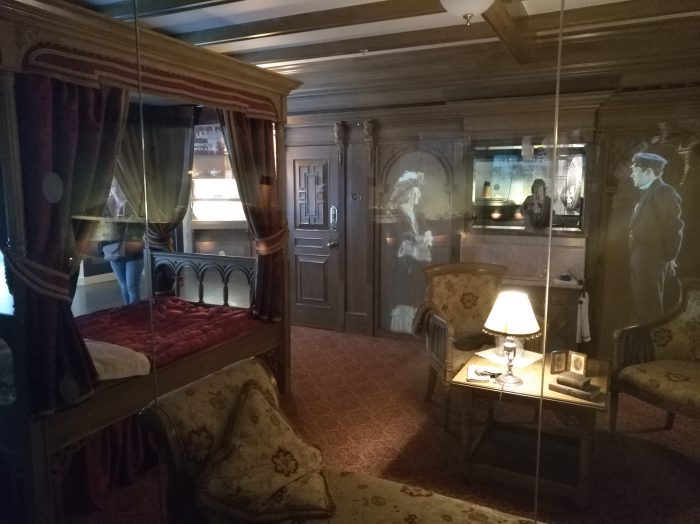 Next, you’ll get into the sinking and shipwreck part of the Titanic Museum. If you feel tired and this part interests you, there’s an amphitheatre where you can sit while watching a documentary about the shipwreck at the bottom of the ocean. 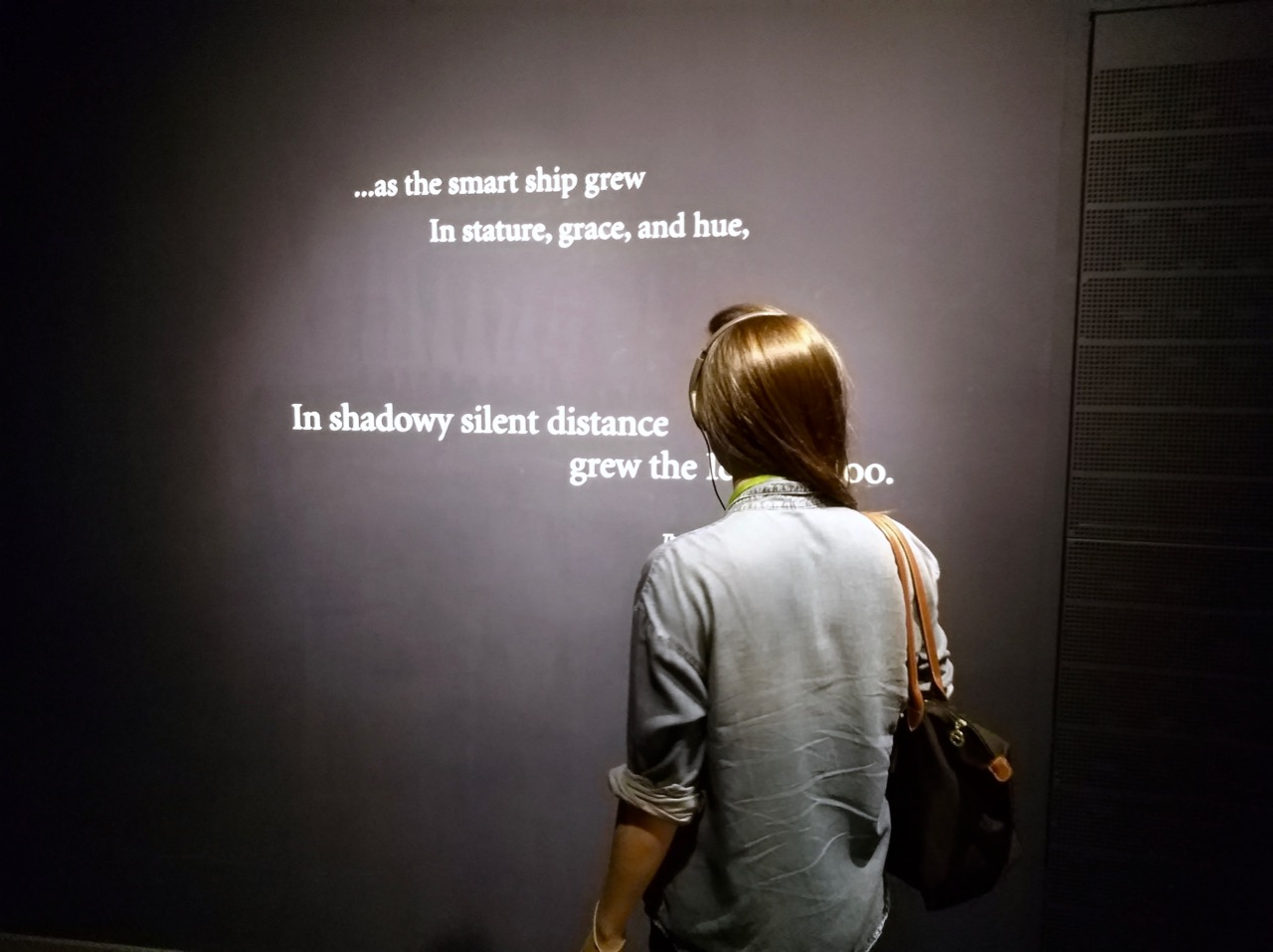 When you feel like walking again, you’ll go down a few stairs and learn more about the researches on the wreckage, but also some facts about oceans, marine research, and what it means for Belfast researcher who took part in the adventure. 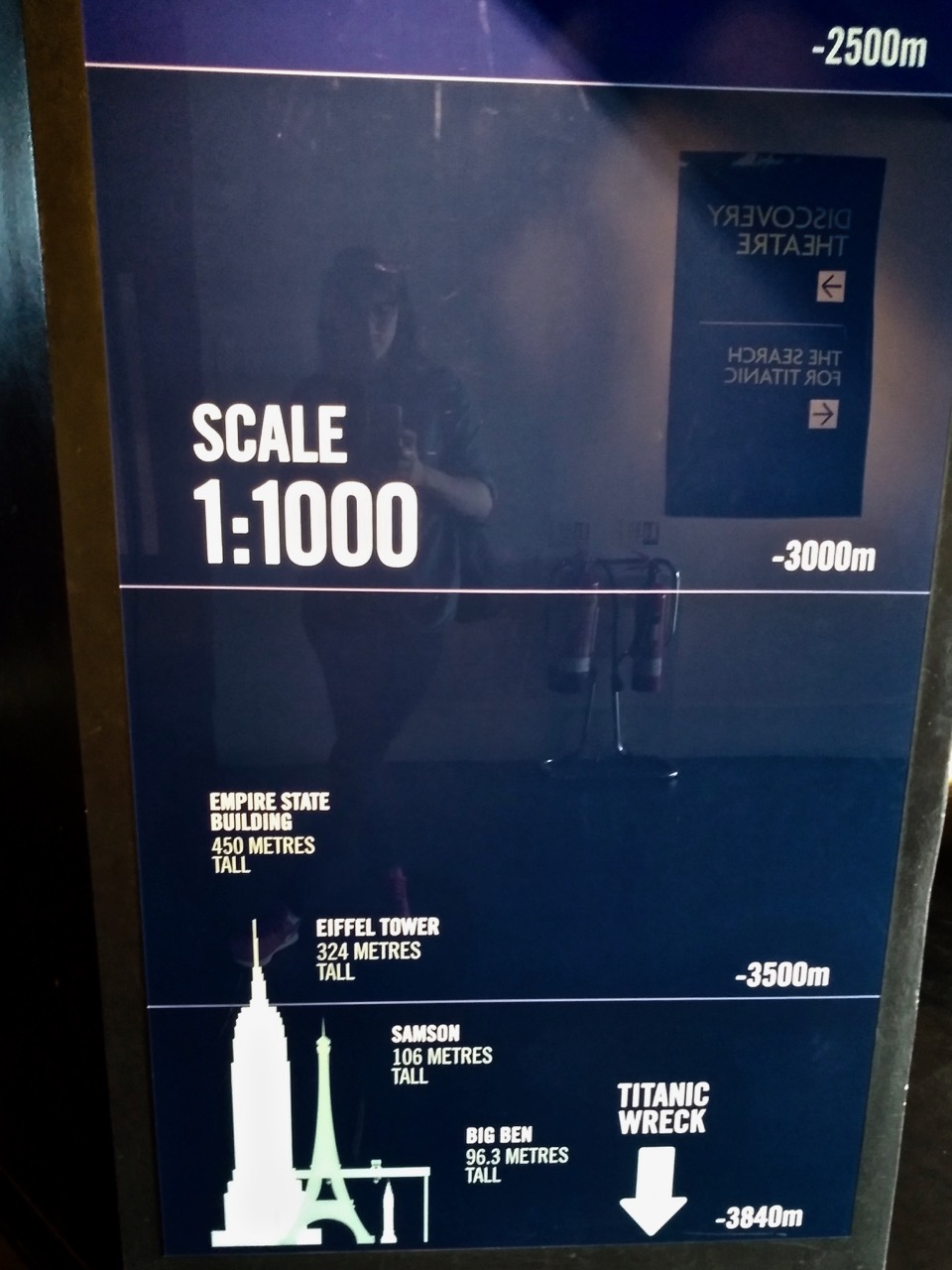 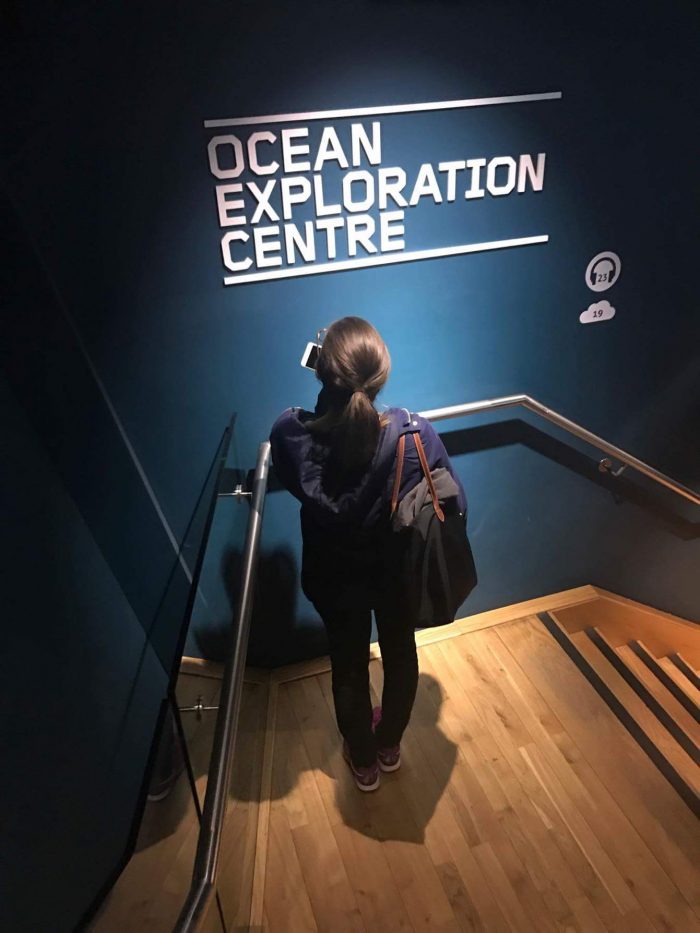 You will see the SS Nomadic before you do anything or go anywhere in the vicinity of the Belfast Titanic Museum. The ship is outside, pretty much as you would find it at the harbour, and welcoming you to the area of the Museum. Even though, we decided to keep the visit to a real ship for last. If you did the Wee Tram Tour, you’ll learn some very interesting facts about the SS Nomadic, otherwise you can ask the people working inside, they will be delighted to tell you all they have to say about it! 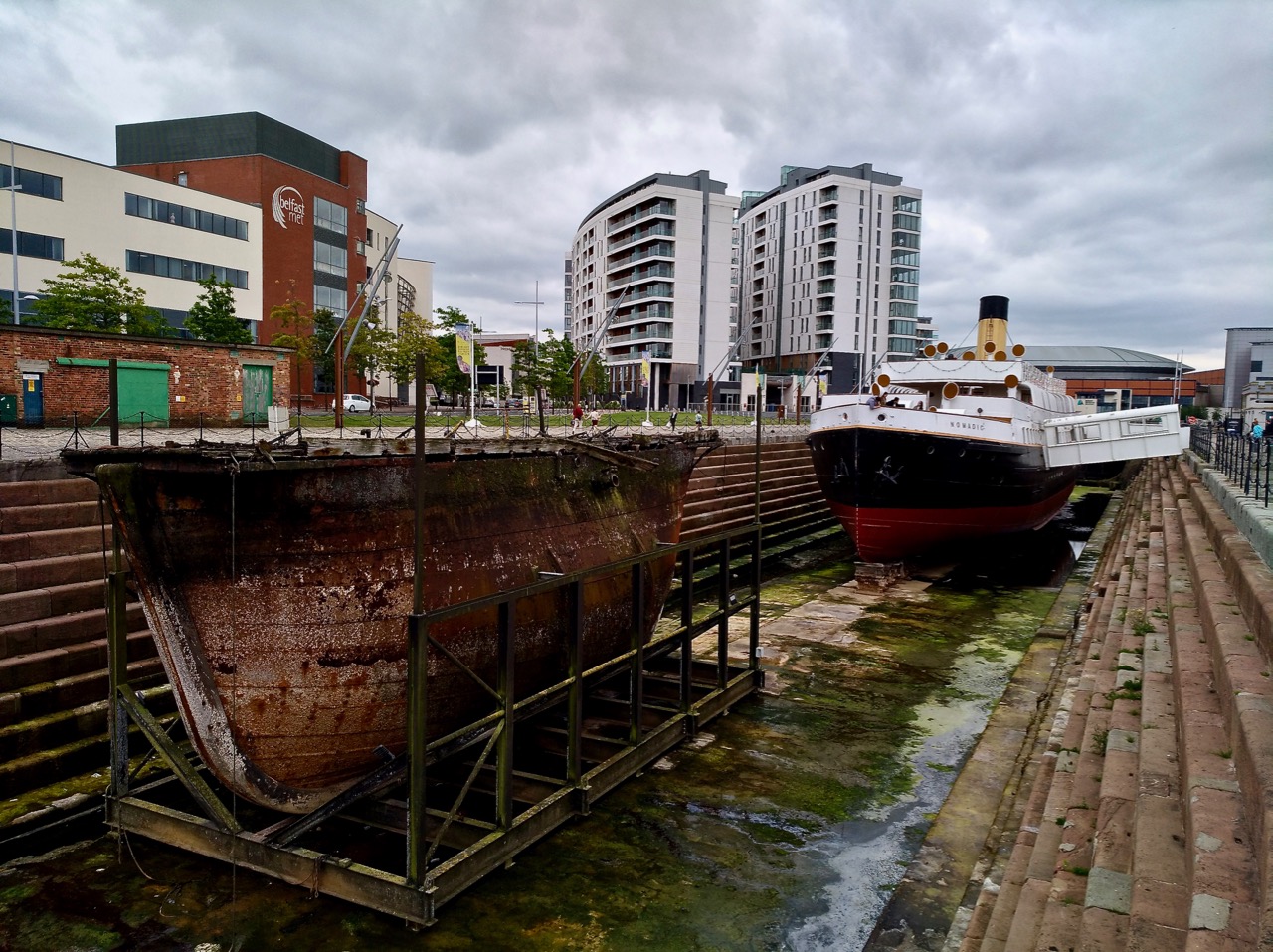 Start your visit of the SS Nomadics by going to the bathroom, which are a real treat! Don’t forget to have a go at the bar counter, with a projected video of a bartender, very funny! So is the place where you can put on some costume and pretend you were one of the people who boarded the ship when it was still in activity. You can then get down and contemplate how it must have been to sleep and work there. 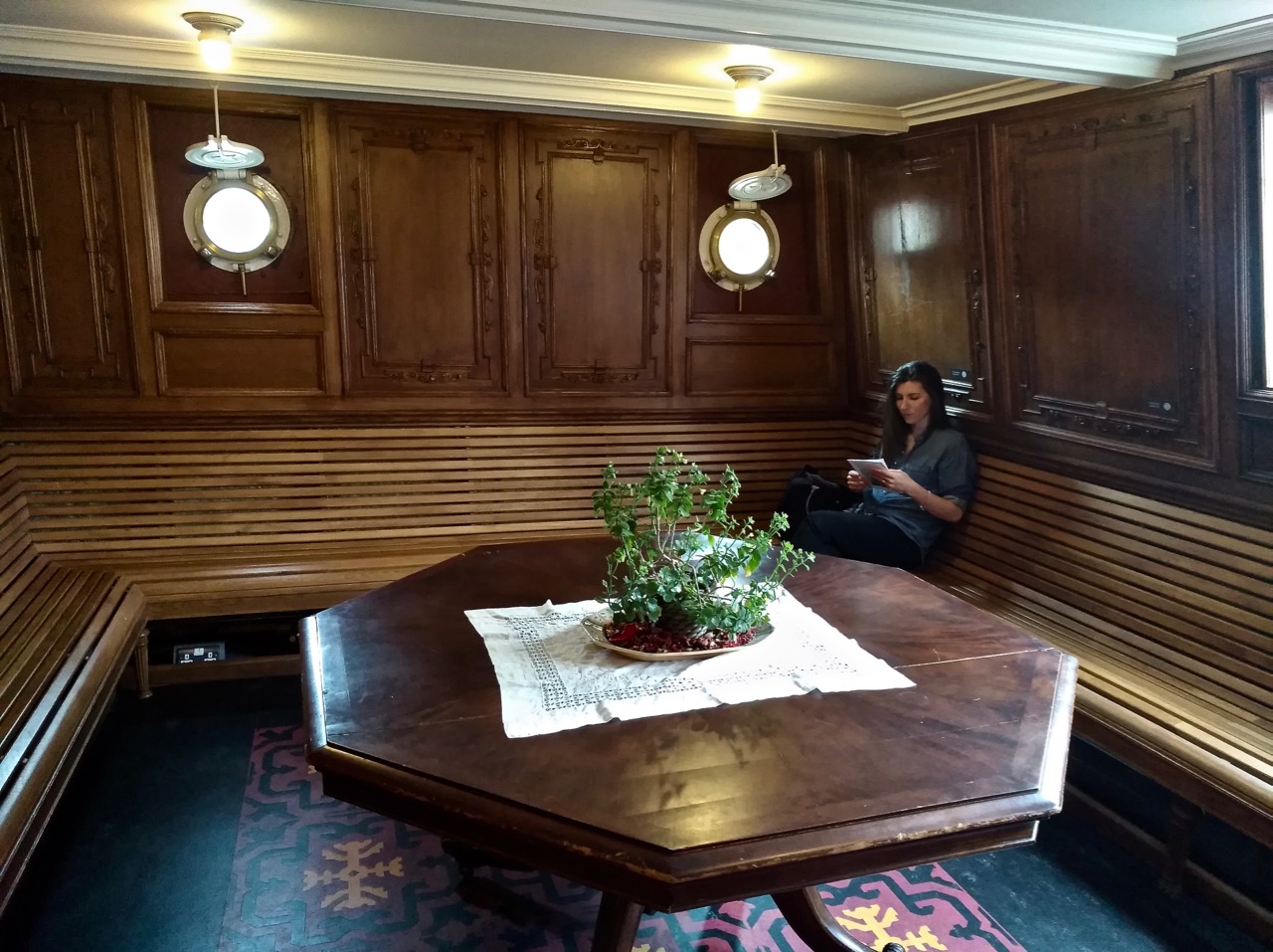 Chilling in the SS Nomadic 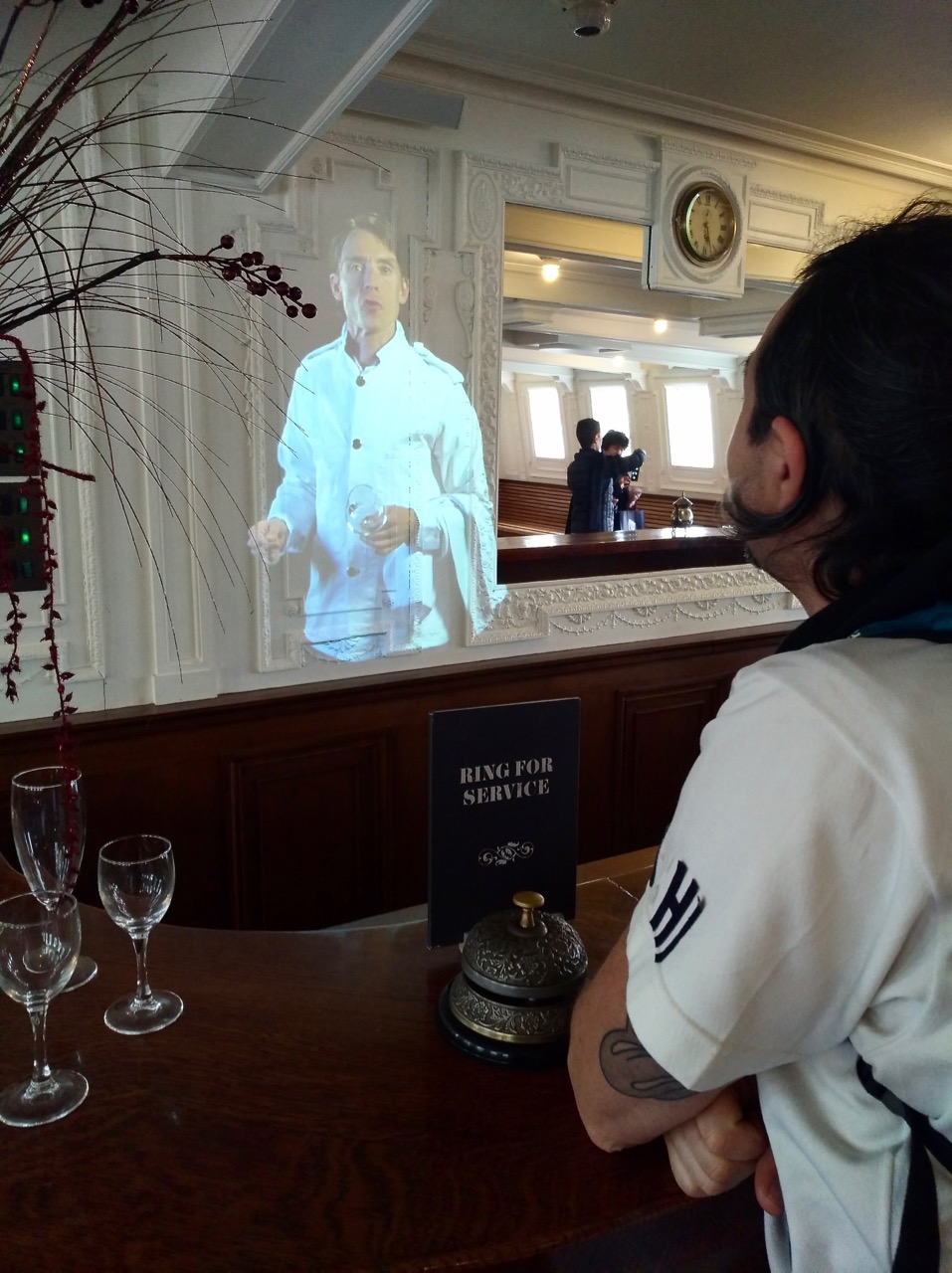 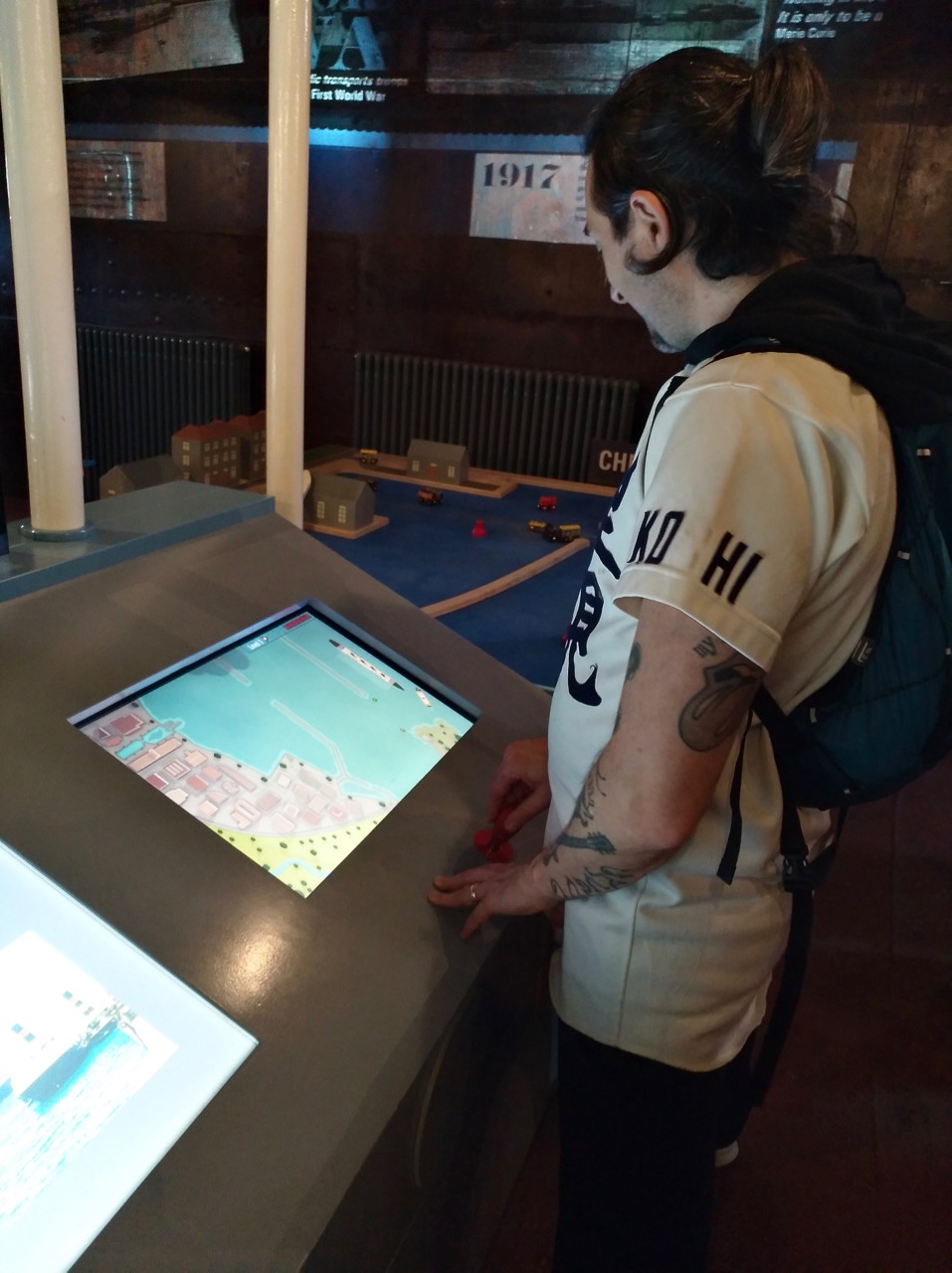 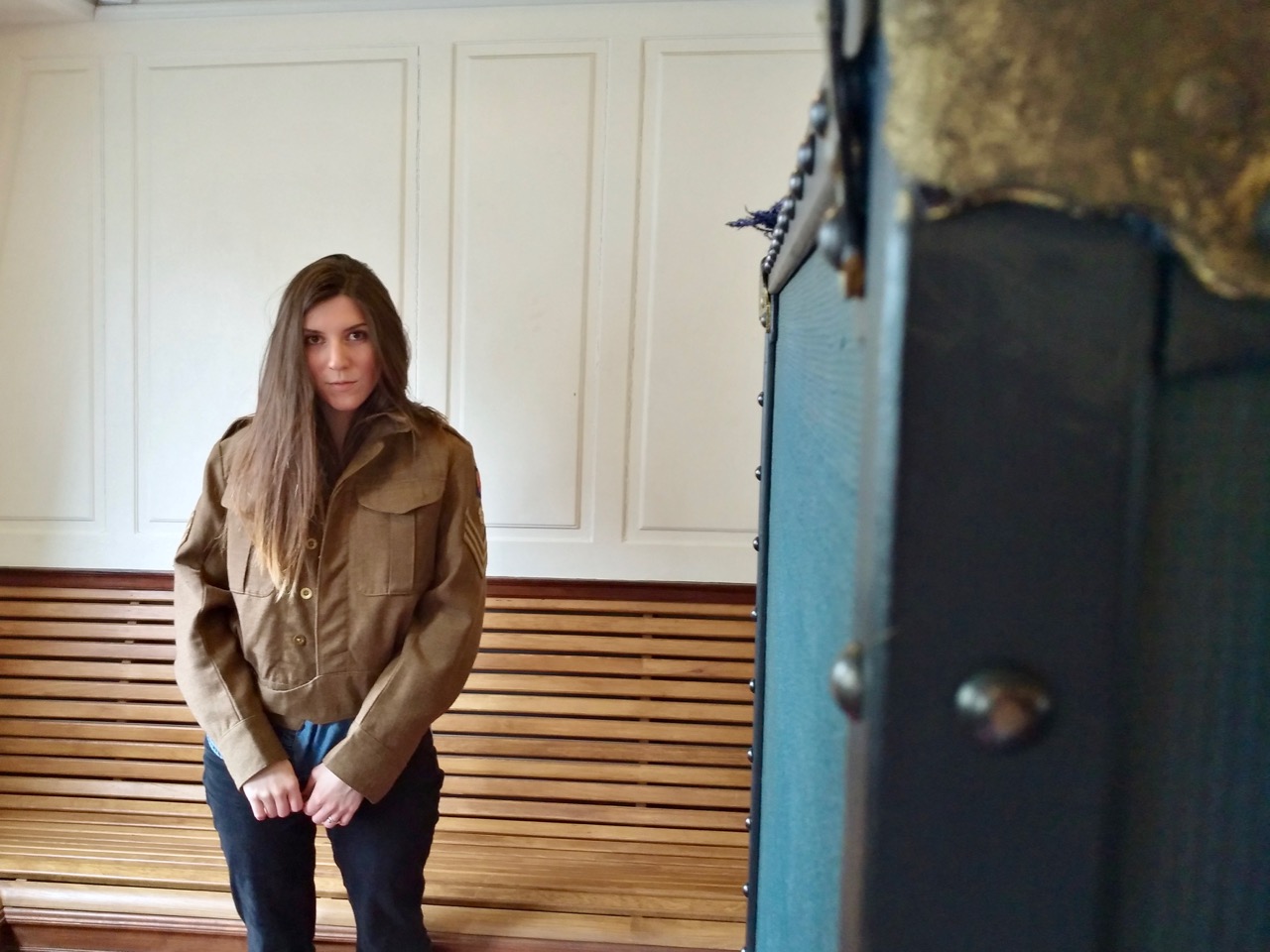 Dressed up and pretending to be all serious…! 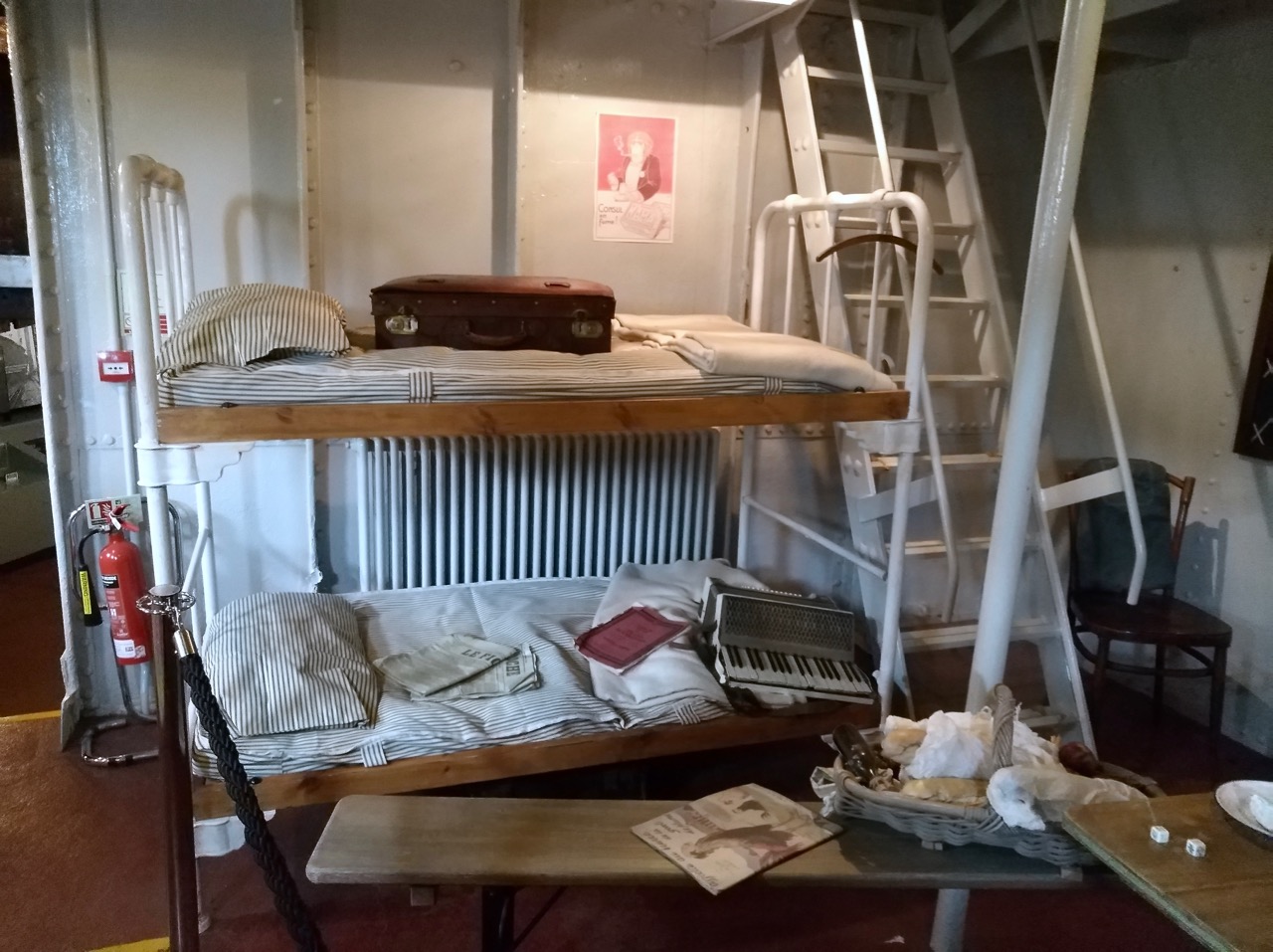 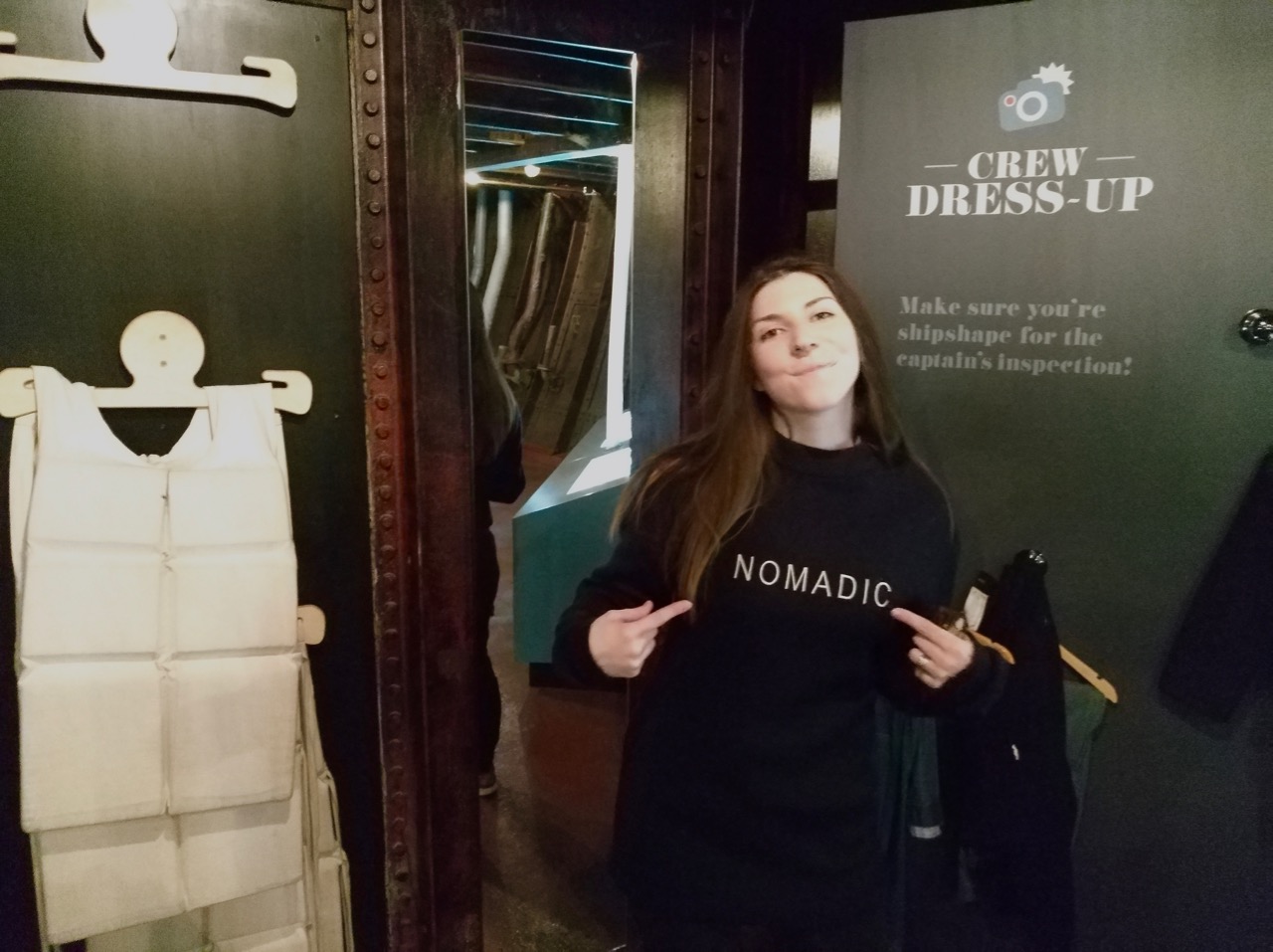 Alice loves playing dress up, can you tell?!

On top of being a very well done museum, in terms of visual attractiveness, amount of informations and comfort, the Titanic Museum in Belfast is eclectic in its pedagogy. Thanks to different ways of delivering facts and explanations including very hands-on devices, it’s both attractive to grownups and children. We really enjoyed the fact that it was not all about the Titanic ship, but included Belfast as a major actor – through its port, its people, its economy. You won’t only learn things on the Titanic or see pretty pictures and reconstitutions, you will sympathise with workers in Belfast, understand how the city was made and changed by the construction of ships in general and Titanic in particular. That’s why we also recommend the Wee Tram Tour, because it will show you somewhat « in real life » what you will learn or have learnt through the exhibition.
In conclusion, Titanic Belfast is exactly that: Titanic, and Belfast. And we loved it!

We’ve been guests of VisitBelfast for this complete Titanic experience, but as always, all opinions are our own. 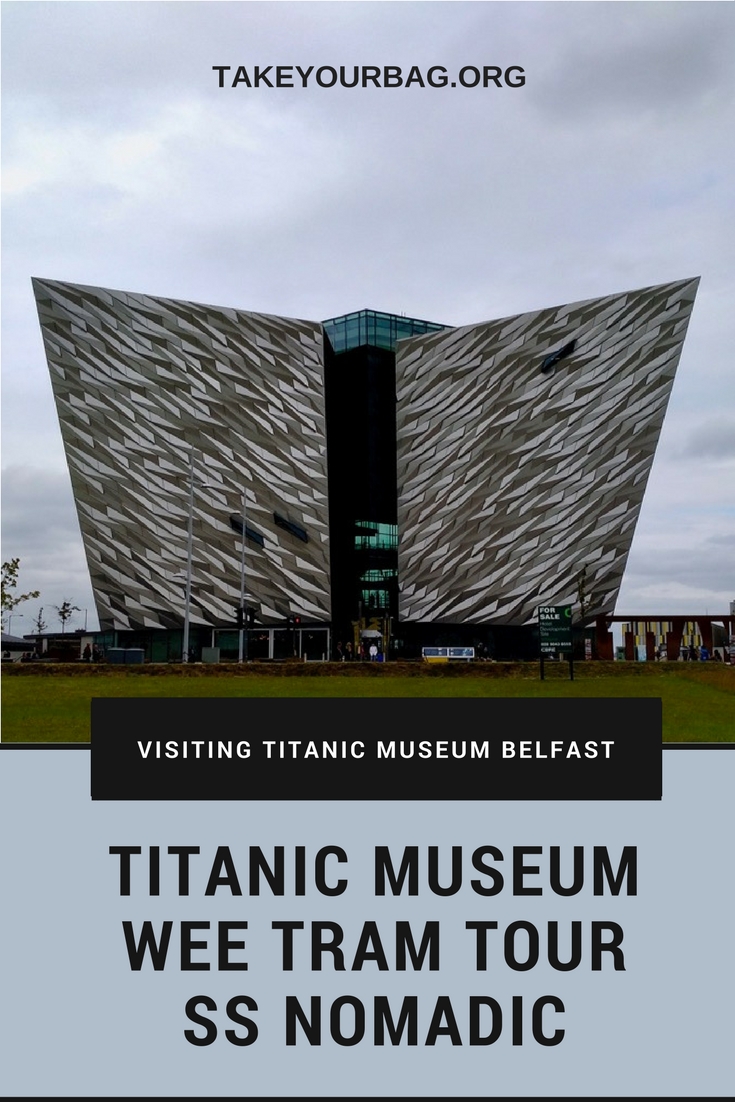 Wow! I’ve always wanted to go to Belfast and had no idea this museum is there! It looks like a joy to check out! Will refer back to this post when I finally get to Belfast! Thank you for sharing. =)

You’re welcome, Jin! Glad it made you want to check it out, it was a great experience!

Ahhhh I would love this SO much! I have been to Ireland but never realized this was here! I am not kidding when I tell you I watched my Titanic VHS so much that I broke the tape. For awhile there I was watching every morning before school. This would just be so interesting to me. Thanks for sharing!

Shannon, you made my day!! Poor VHS, killed by so much love. This is almost as tragic as the story!! Perfect reason to go back to Belfast 😉

I loved this museum! It was such a tragic event but truly remembered well here with all the artifacts.

That 3D tour looks really fun! It’s awesome that they’ve really worked to make it as interactive as possible. I’ll definitely keep this bookmarked for when I visit 🙂

It’s really neat to get a deeper and more factual understanding of the ship that what we generally get in pop culture. Looks like an interesting and neat museum!