Our first tutorial video –  which should have been a professional rending of our vegan French King Cake recipe – didn’t go exactly as planned… It ended up being a 7 minutes laugh-filled crazy video in very weird and inaccurate Frenglish (this is mostly what we speak at home)… But you know what?! We.had.so.much.fun!! 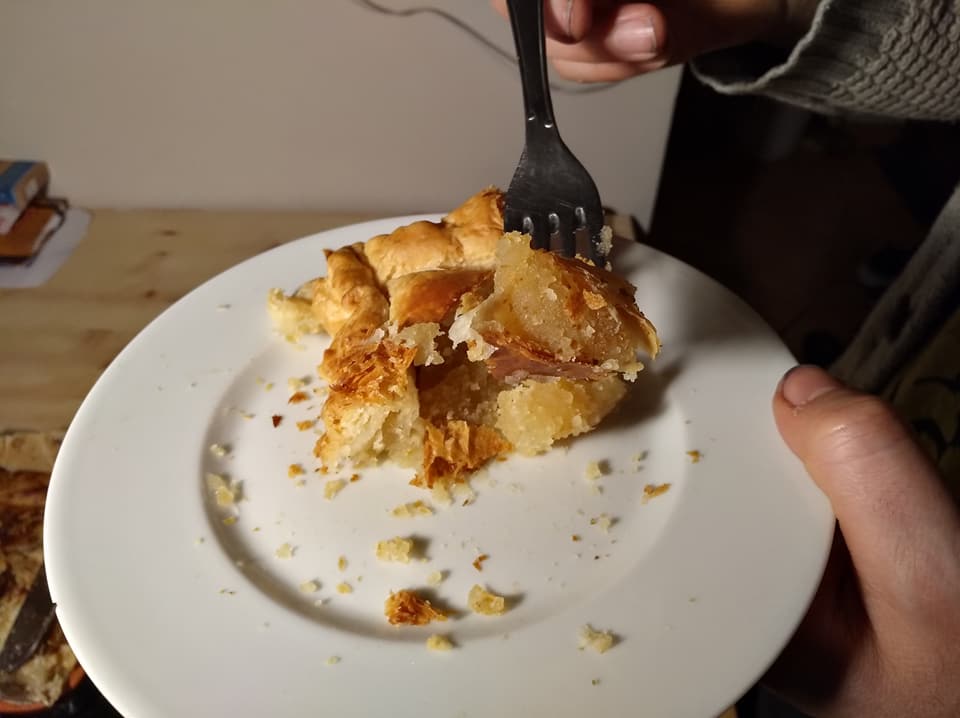 At the beginning, we had planned not to talk at all on the video, both because we were tired and because we usually end up talking non-sense. Especially Simone. Well… it’s exactly what happened! But let’s not say more and let you discover it!

Alice took care of the post-prod and editing, but Simone entirely composed and produced the background music, don’t hesitate to tell us what you think about it in the comments!

Some infos about our vegan French King Cake recipe

– In France, we usually eat la Galette des rois on the day of Epiphany, after Christmas and the New Year. It’s a tradition and everybody does it. It’s really usual to even have it at work and at school!

– All the ingredients have been bought at our regular supermarket so they should be easy to find.

– We used soy cream and soy milk because we couldn’t find almond cream at the supermarket, and we already had soy milk at home. Both work perfectly fine for this recipe but you can naturally replace them by almond cread and almond milk .

– Don’t do like us (please) :
1. use a baking pan/tin
2. use the right baking pan/tin. Round and not too high. Otherwise the baking will take forever and the inside won’t be cooked enough even after and hour in the oven……

– People usually put a small charm somewhere in the cake (so the one who finds it – and doesn’t choke on it – gets to be the king and wear a crown) but we didn’t. We were only two to eat the cake (90% of it having been eaten by Simone, to be totally honest!), we didn’t really care about the charm.

Have fun watching the video and baking your own, and most of all: enjoy the cake! 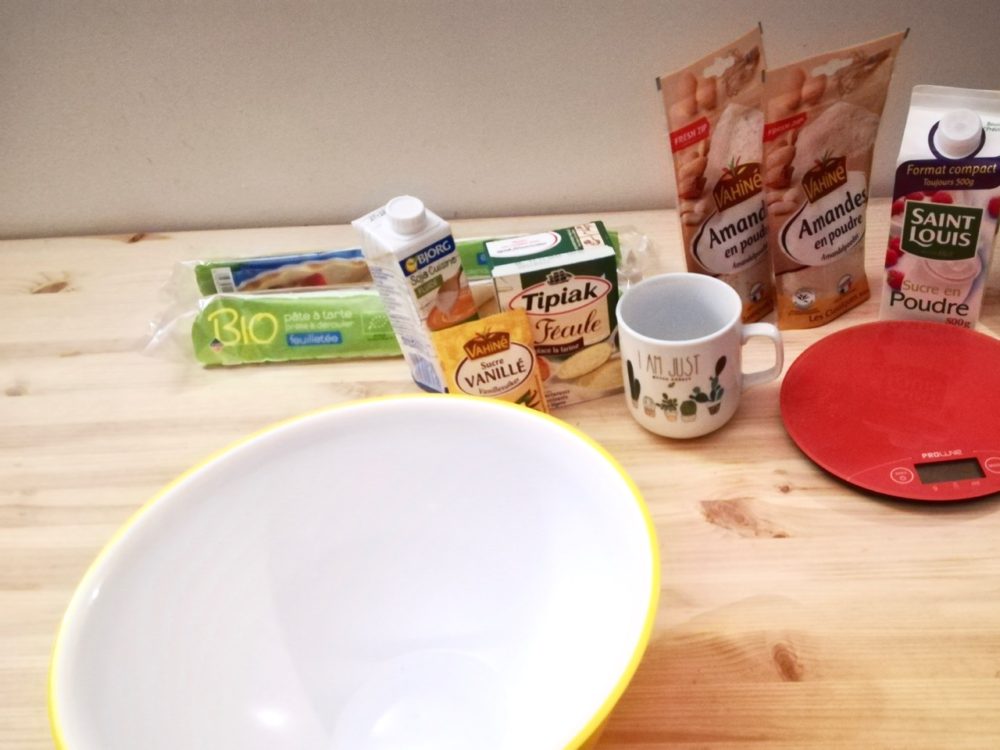 Keep some almond/soy cream to put on the top of the cake so it can get a bit golden. Put for 30 to 60min (start checking color and consistency regularly from 30min) at 200°C.