This week we went from hot in Grenoble, to scalding in Lyon, and sleeping-with-a-sweater freezing in Dijon. We spent a couple of days in Grenoble because we had an appointment at the birthing center and took that opportunity to enjoy modern comfort in the appart’hotel we had booked. We had an epic fail in Lyon and reached Dijon where I got sick but achieved to get some work done and visit the city (briefly).

This day was supposed to be a glorious days of working for hours without any distraction. That would have definitely worked out that way if I had slept a wink at night. Which I did not. I fell asleep around 5 or 6am so there went my work day. Instead, I spend the whole day trying to rest and feeling sorry for myself. Yay!
Simone was still sick so even if he popped out to get some air, food and exercise, we spent the majority of the day in bed watching Insatiable on Netflix.

Once again I though I would get a lot of work done that day but my usual morning grogginess, the time to get ready and to be at the birthing center, I had worked a grand total of 0 minute. Talk about being productive!
The walk to the birthing center was exhausting, walking 20min under a burning sun was not my idea of fun while not pregnant so you can imagine while feeling like a bag of fatigue and nausea. So far, the city has been as dull as before. We had a bit of a hard time finding the birthing center as it’s inside the hospital but eventually made it. The place was gorgeous, the midwife very calming, and everything went very well. I was super excited when we left and got enough energy to drag Simone at the FitnessBoutique to get some vegan protein powder.

With Simone sick and me… well, you got the picture, we spent the rest of the day in bed and had the hardest time moving our asses to get to the only speakeasy in Grenoble, called La Mercerie. To get in, you have to reserve your spot and wait for the confirmation with the address and the code to open the door. This part of town looked actually a bit cuter than what we had seen so far, so there might be something worth exploring over there! Anyway it was around 9:30 when we got to the place, which was gorgeous. They have a nice selection of cocktails (which I was delighted to not be able to taste……) and Simone ended up having two cocktails and getting slightly tipsy while I was sipping on a refreshing non-alcoholic cocktail that I actually really enjoyed. 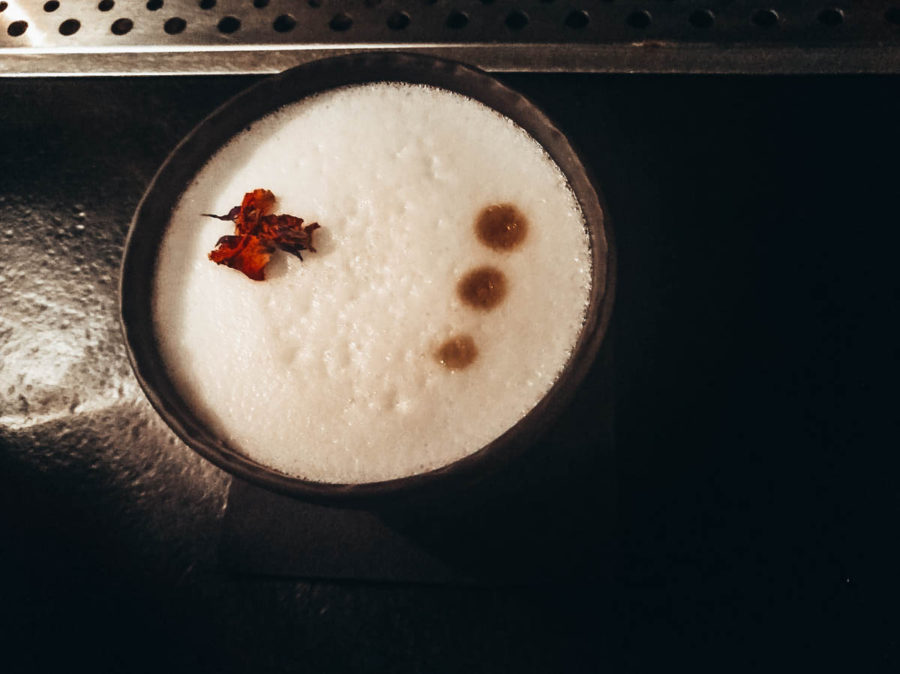 Wednesday: Back on the van! Driving from Grenoble to Lyon… to Ambronay

We had to leave the appart’hotel in the morning, and our next destination was Nancy to visit another birthing center to see which one we’d prefer. The only thing is that we had a week to kill before the appointment.

We drove to Lyon with the hopes of exploring the city and stopping to watch a movie or two at the cinema, but the parking spot we found was way too far from the city and the weather was scorching hot so we couldn’t do anything. We mostly played board games and tried not to feel too miserable before leaving to find a better place to sleep. We had a pretty big conversation once we arrived at our parking spot for the night in the small town of Ambronay (it was pretty random under a tree in a village, nothing to really talk about), as moving like this with me feeling so shitty because of my pregnancy was not fun for either of us. The fact is we had been going around for a while in places we didn’t really want to go to, only to get to some pregnancy appointments. And for the last 7 weeks I had spent my days lying around feeling extremely exhausted and nauseous, and not being able to do anything… Simone was getting super extremely bored, and quite tired of driving around with no beach in sight. We decided that we would decide later (we do that a lot, which I think is good sometimes to avoid acting in rash emotions) but that the option of renting a place for at least a week or more was definitely on the table… 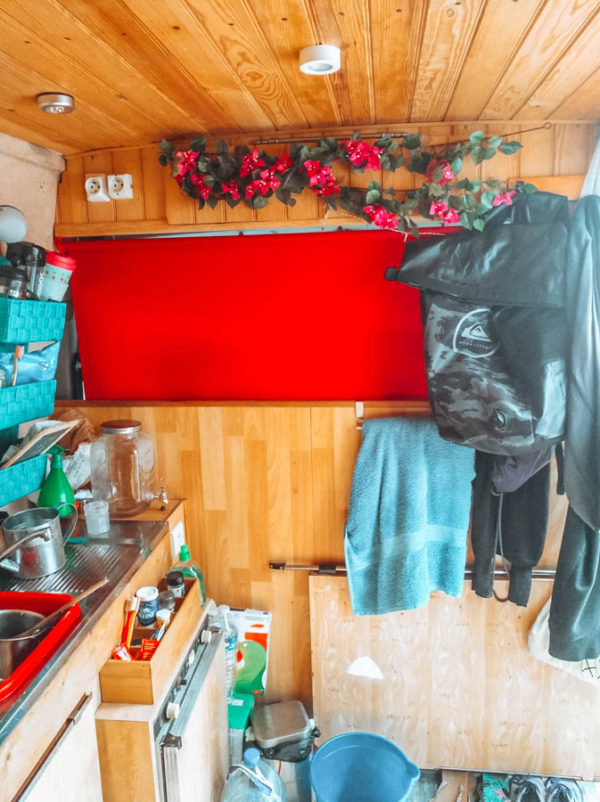 Since our parking spot was as random in daylight as it had been at night, we just got ourselves ready to go and drove to Dijon. There we found a great calm spot by the river, were we ended up staying for a few days.

I was definitely starting to get sick too, but I also kind of felt like I had more energy than I had lately, so we headed to the nearby public library for me to work and charge the computer. Once the place closed we went to get some food and water before having a quick diner and covering ourselves a lot to get through the cold night.

Friday: Staying in the van in Dijon

Yep, I was officially sick, my throat was killing me and my nose was like the Niagara. I thought back to the bikini days in Biarritz as I put on a sweater and a scarf. Hello Autumn! While I would have LOVED to stay in our cozy bed, I had very important papers to print and send. So we braved the crisp cold weather, took a bus to the center, did that, and then spent 2 hours at the library so I could get some work done.

I was still sick when I woke up, but once again I felt like I could actually live a little and not sleep all day. Therefore we left the van after lunch and walked to the historical city center of Dijon.

Thanks to a friend’s recommendations, I had made a small itinerary of the best sights to walk by and put that on Google Maps to be sure to see as much as we could before my energy levels completely drained. I have to say it worked pretty well and we had seen almost everything I wanted by the time we had to sit at a Starbucks so I could rest a little. After that we had only a couple of spots to hit. End of the story: the historical center of Dijon is really cute!!! That was a great ballad and I felt a little more like the travel blogger I am supposed to be. However the walk back to the van was hell. I was so tired I would have begged Simone to carry me all the way back if 1. He physically could carry me for that long 2. He wasn’t already doing so much to make my time as easy as possible. We did make it back but only after we took a little break at a bus stop so I could get some strength back.

That night, some guy checked if the van’s back door was open, waking us up with our heart jumping to our throat at 2am. He didn’t try anything else, kept talking with his buddy and nobody came to bother us after that, but that night was not a peaceful one…
Conclusion: always always make sure every door is locked before going to bed. I have honestly no idea what would have happened if we had forgotten to lock the door that night…

Sunday: Cozy day in the van in Dijon

After this great night we didn’t feel super energized, and everything was closed anyway. But we love cozy lazy Sundays, so that wasn’t too much of an issue for us!!! We just spent the day in bed exhausting my internet data to watch Netflix, and I worked for a few hours too!

Tempted to go on a camper van trip around France and discover Grenoble, Lyon & Dijon? ? If you don’t want to buy a camper or an RV, you can always rent one! Check prices and availabilities on World Wide Campers!