Van Life Weekly #11: From Cubelles in Spain to Rome in Italy

This week we went from thinking we’d go to the Spanish basque country, to rushing to Rome. Sometimes things just happen and you have to change plans and direction…

When we woke up, the storm was gone and the electricity was back (check out VLW #10 if you have no idea what this storm is about!). We had decided the day before that we would leave this coast and drive to the Spanish Basque Country, and stay around there (Spanish and French Basque Country) until our next pregnancy appointment in Grenoble (France). First, it seemed like the East coast of Spain was not super safe for vanlife, in the sense that we read many many many accounts of break-ins. Second, we didn’t really care about that part, what we wanted was to go to South Spain and Portugal. But with our pregnancy appointment coming soon, that meant driving A LOT for practically no fun time. It didn’t seem doable. Since we had loved the French Basque Country, we knew that we would really enjoy our time over there, and we also could decide to leave the van in Biarritz (for example) and take the train to the appointment and going back the same way to stay until December. But as you’ll see very soon, life decided that our plans would have to drastically change again.

Back to that day, I was not feeling well AT ALL. My belly was tensed and uncomfortable, I had a headache, I was tired… it was hell. To make me feel better, Simone (you can call him Super-Husband) went to “hunt” for me and came back with vegan maki, wakame and a vegan burger. I would have married him right away if the deed hadn’t been done already!! After that and an hour nap I felt better. It was then time to work work work as I knew the next day we’d be on the road. But I had no idea how much time we’d really spend on the road…

Tuesday: From Cubelles to… Italy?!

The day started really bad since I woke up at 7am, the current equivalent of psychological torture to me. However the day did get better because I washed my hair (one of the best feelings in the world when you’re on the road) and found a great pregnancy photographer to book.
We left the “camping” around noon, went to buy some food, ate in the van and went on the road. The plan was to stop at a great camping close to Saragossa for a night or two before reaching Bilbao. 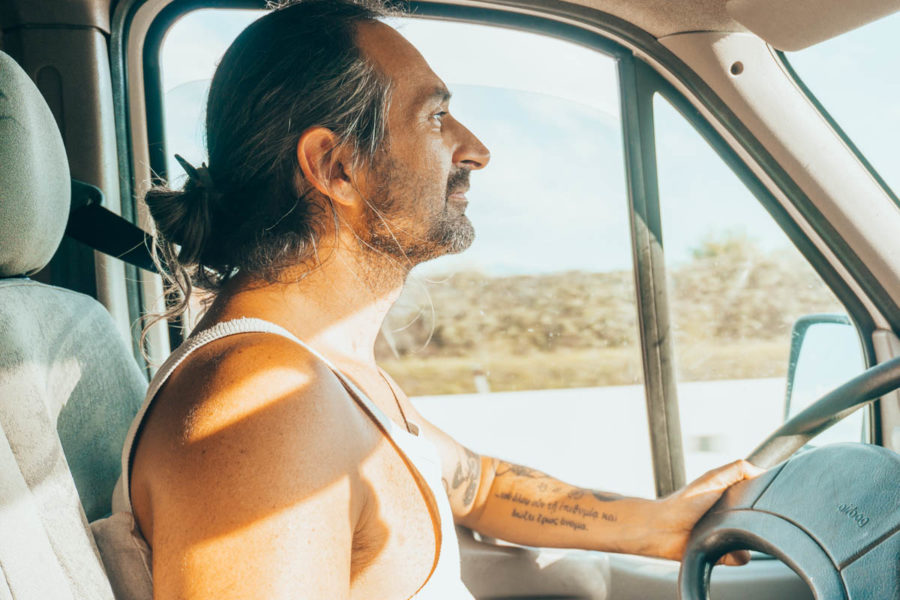 But shit happens and shit happened. Half way to Saragossa we stopped at a road house to pee and get some food, and Simone received a message. This message conveyed very bad and sad news from a loved-one, and we didn’t even need to debate. We were going to Rome RIGHT NOW.

The only thing was: how? To make it short, the two best ways would be either the ferry from Barcelona – but we were too late to catch this evening’s one so it would be the next day at 11pm and then it would take us 20h – or drive 1600km to Rome. Of course if you drove a random car without stopping, you could reach Rome in around 16 hours. But keep in mind that Simone alone drives a 20 year old van, in shitty weather, and that he had to stop to rest and we had to stop even more often to give a break to my pregnant body. So in retrospect, the ferry would have taken as much time, would probably have been cheaper and more comfortable for both of us, but the idea of staying idle for a day didn’t sit well with either of us at that point and we decided to drive on.

We drove until the middle of the night (with numerous stops including a 30min nap) and parked in a parking area on the highway somewhere in France. We slept 4 glorious hours before going back on the road.

Wednesday: On the from somewhere in France to somewhere after Genova in Italy 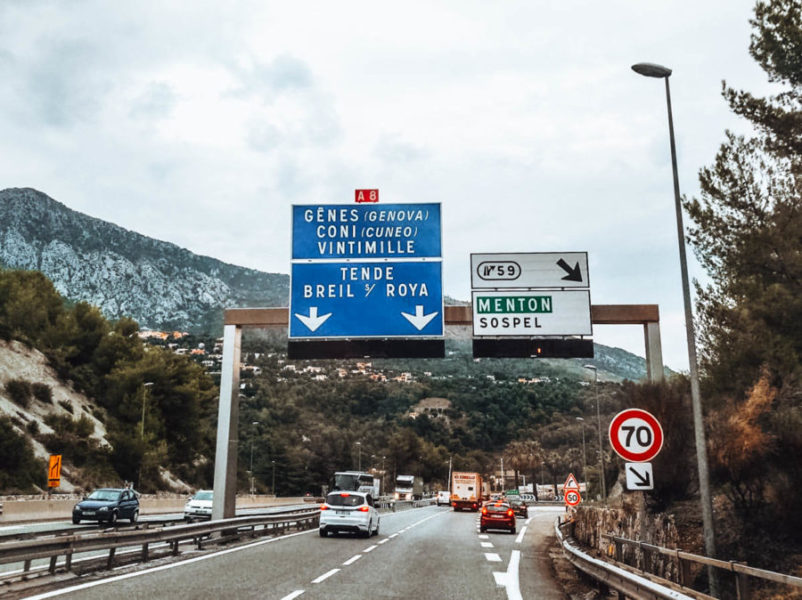 No surprise there, we spent the day driving and stopping and taking 15min naps before stopping somewhere after Genova to sleep what was supposed to be a couple hours but ended up being all night because we were devastated! 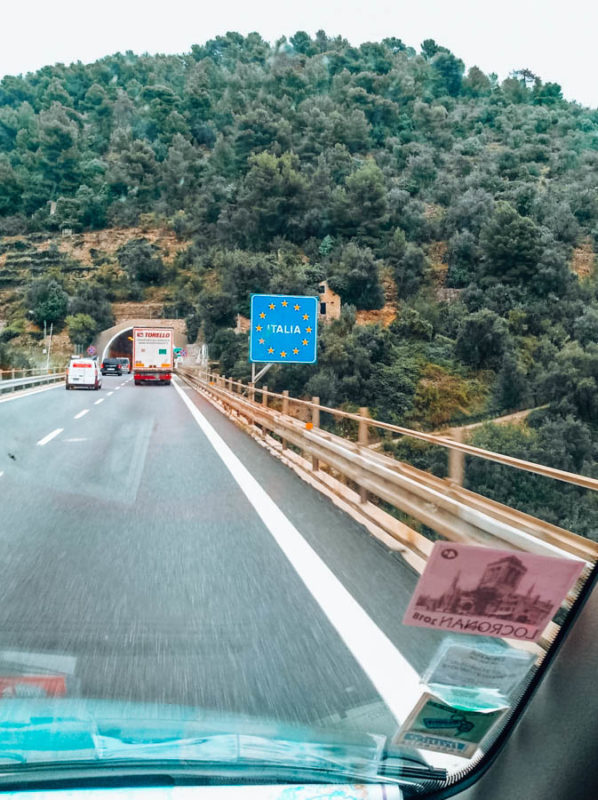 The road had been pretty tough, after the Pyrénées the day before under the rain and the shitty roadworks on Italy’s highways and driving through numerous tunnels through the mountains on bridges, and then Genova. Genova… since the bridge have collapsed, the roads there are a total mess, everything is closed. So we had to take the road going through Florence, which added a good 2 hours to our itinerary, on top of the hour we lost driving in circles and trying to understand where to go without any indications.

So yeah, after we had found our way we stopped at a highway service area and passed out instead of napping.

Thursday: From Genova to Rome

Finally, we had reached the last day of our journey and arrived in Rome at the end of the day and it took us TWO hours to find a parking spot. Can you believe this? I am not exaggerating, it literally took 2 hours. Rome is one of the worst place I’ve ever seen when it comes to parking (seriously, check out on YouTube the hilarious videos on how people park in Rome, it’ll make your day). And we weren’t even in the center of Rome, so I can’t even imagine. Fortunately we found a spot 15 to 20min away from Simone’s uncle’s house by feet, so that wasn’t too bad.

This is going to be the end of this week’s van life weekly folks, since the van stayed parked for our entire time spent in Rome and we didn’t do anything that would be remotely entertaining to you.

Next, we’ll pick up at the end of October, when we went back on the road to go from Rome to Grenoble, passing through the beautiful Florence (Firenze).

Tempted to go on a camper van trip around Europe and discover the beauty of freaking out in the Pyrénées? If you don’t want to buy a camper or an RV, you can always rent one! Check prices and availabilities on World Wide Campers! 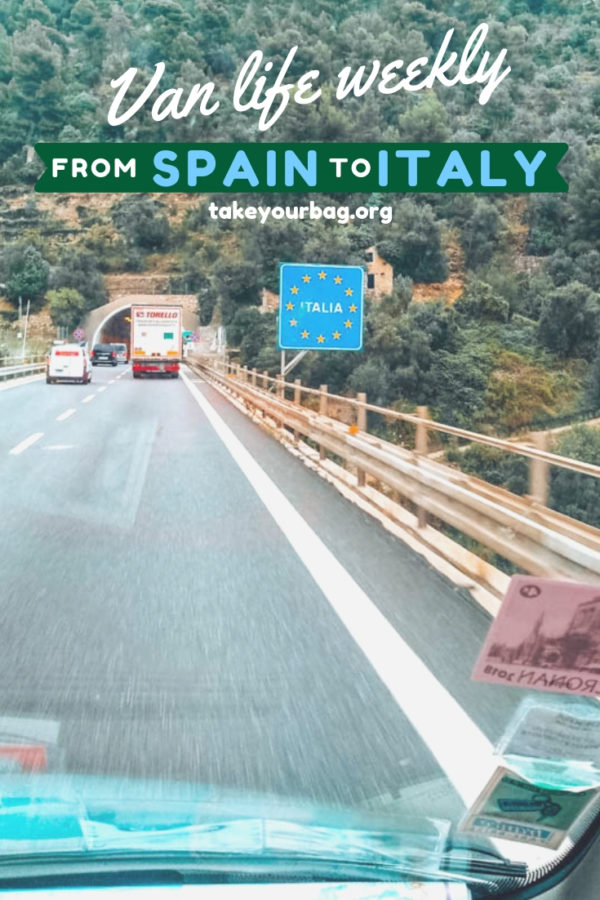 2 days in Warsaw with a baby