A day of skiing at Mont Orford : a ski resort in Quebec close to Montreal

Don’t the words “winter in Canada”, ultimately make you think of snow and breathtaking mountain landscapes? When we arrived in Quebec – in Montreal – in March, the city was still covered in snow !

To ski in Canada was one of the activities we absolutely couldn’t forego on this trip, so we looked for ski mountains in Quebec near Montreal. Mont Orford is neither the only one nor the closest one, but it’s pretty close and we’ve heard that Mont Orford was the right place to get your best skiing in Quebec done! Since we didn’t have a car, we used the great shuttle service that connects two places in Montreal (Côte des neiges and Sherbrooke) to mont Bromont and Mont Orford. In 1h30 of bus ride we were there and ready to ski thanks to the energetic atmosphere of the place despite the early hour! We left 7 hours later, after a great day of ski and beautiful views!

Once there, you can see several ski lifts and hear the motivating music that makes you move even though you woke up at 6am for your sportive day! A quick walk inside the main building later we had our passes – offered by Mont Orford so we could test the ski resort -, a coffee in hand and we were ready to go to the equipment rental building.
Alice remembered from her long-gone days of skiing when she was a child that equipment rental used to take forever… well, not that was not the case here! In a few minutes we were ready, ski boots on our feet, helmet on, skis and poles in hands. 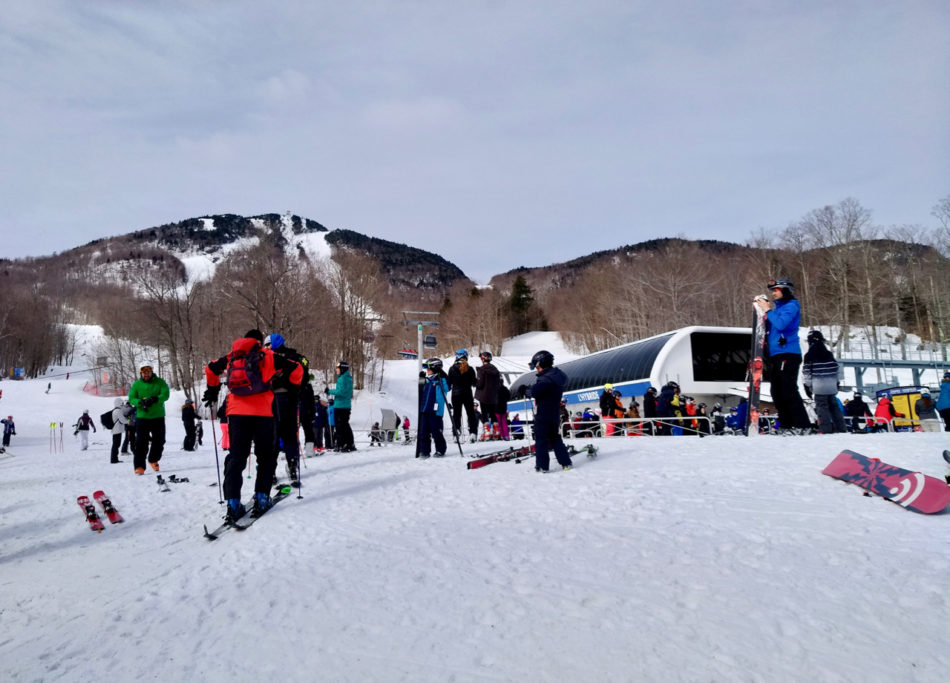 It’s true that we went to Mont Orford at the end of the season and that it seemed far from crowded – probably that there are more people in this ski resort close to Montreal during the season – but that might just make it the perfect time to ski, especially for beginners! Not too many people means faster services (passes, rental, lifts,…), less stressful slopes for less seasoned skier (like Alice) and less frustrating for the experienced ones. The snow was still great, the weather was amazing…: the conditions were just perfect to have a great ski day in Canada!

Our experience of the Momnt Orford ski resort in Quebec

Mont Orford offers of course ski lessons, and slopes going from green (the easiest) to double diamond (the most difficult), for skiers and snowboarders.

We have started our ski day on the tiniest run – yes, the kids one – where 4 or 5 year olds were basically showing Alice what to do (ahem), but it was what she needed to get back on the slopes after 15 years.

Once she could ski decently, we took a lift to our first green slope of the day. We did a lot of them, and can easily recommend you the one called “4 km”. It’s a long green, where you’ll have some thrill with a couple of narrow passages on the mountain, but it will also let you admire the beautiful landscape that Mont Orford offers. We did this one several times to try and take in all there was to see… and for Simone to (almost) lose his phone at the top of the run. Fortunately the smartphone was still there when he went back up on feet after realizing his mistake a few minutes later!

In the end, we have loved all the runs we skied on, they were all great to have some great sensations and appreciate the beauty of a snowy mountain. They are all well indicated with colour signs, which is a relief if you don’t intend to go from green to red by mistake! That’s basically the only reason why Alice is still with us… 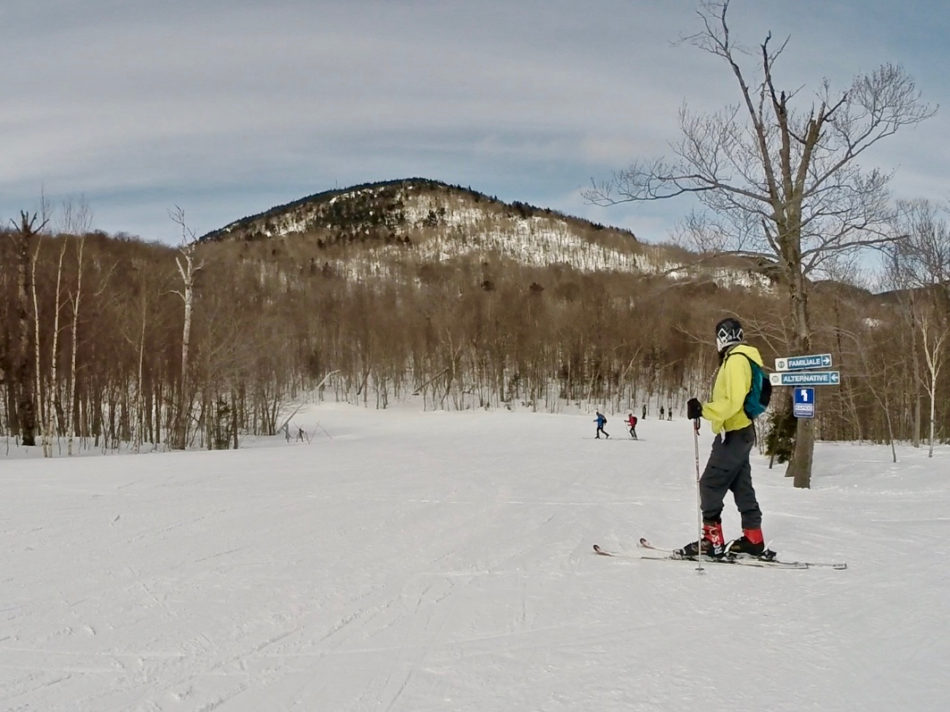 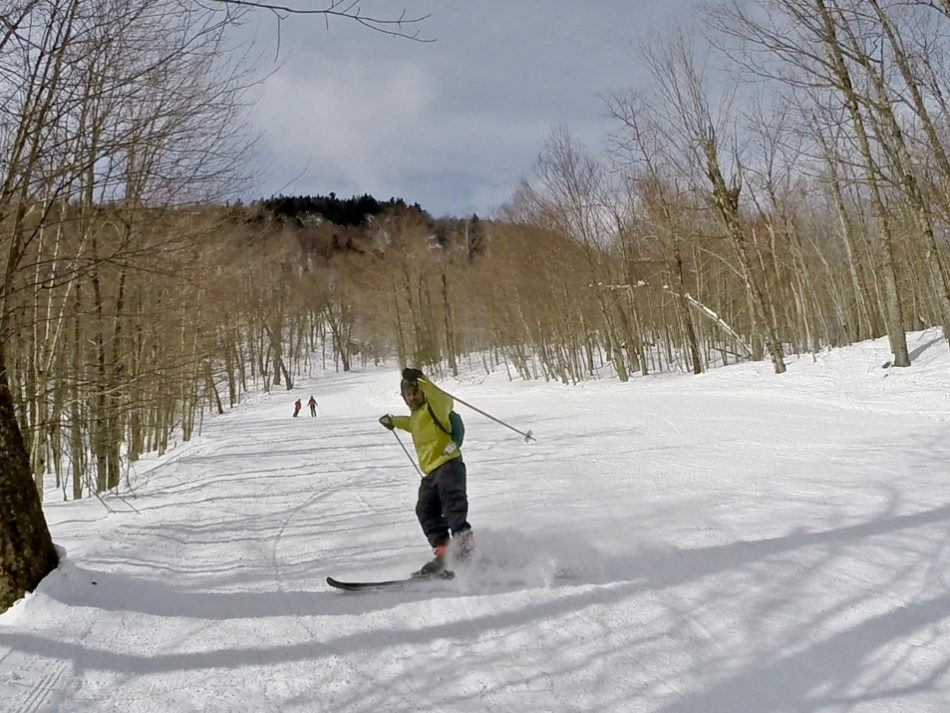 We also really appreciated the fact that the lines at the lifts were short and fast, which let us ski a lot instead of waiting in line and losing time. Small detail but practical enough to note: tissues are available for free at the beginning of the queue for the lifts, great to remedy to teary eyes and running noses caused by the cold!

For the ones who are not used to ski – moreover ski in Quebec – this is what we were wearing (and it was perfect):

When do we go back?!

But honestly, if you’re searching for Canada ski resorts on the East coast or the best ski resort in Quebec, Mont Orford looks really like your best bet!

Warm thanks to the team at Mont Orford, who offered us passes and equipment rentals so that we could have a great ski day and tell you everything about it. As always, what we write on the blog is our unedited opinion and thoughts. 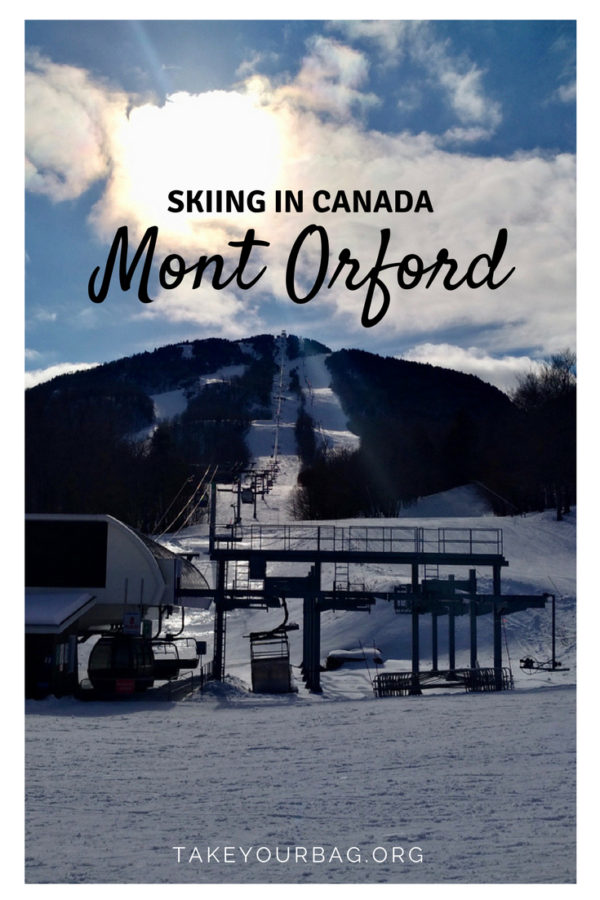 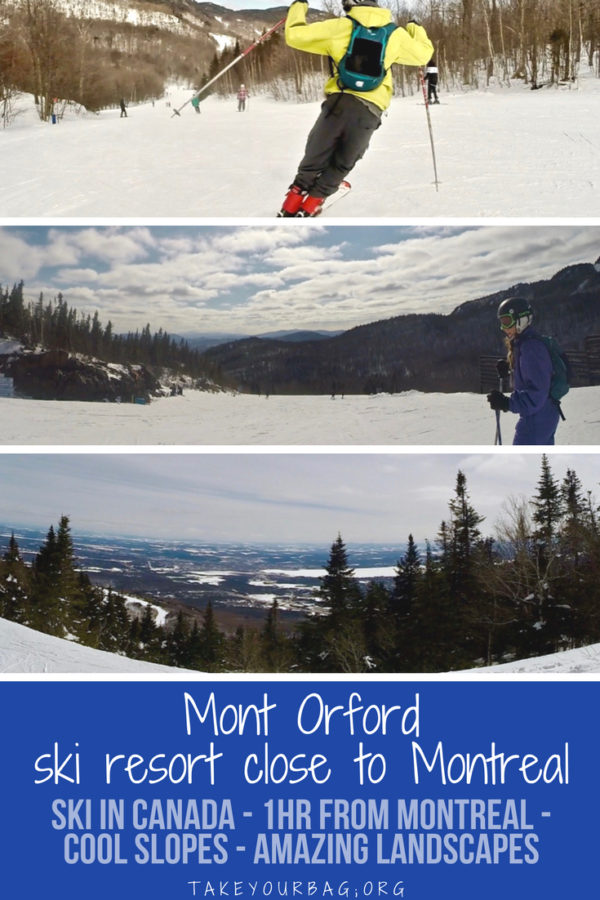 Things to do in Montreal in March

Things to do in Québec city | Vegan...

Skiing, well rather snowboarding has been a long-time dream of mine. It’s nice to live it vicariously through your post. Hopefully one day.

Canada is one of the most beautiful places in winter. I don’t ski or snowboard but would love to learn, this sounds like a great place to start! Thanks for sharing ????

Looks like a great ski resort. Love the views, and you managed to capture amazing photos, we gonna miss the snow.

ahhh!!! I’ve never tried skiing before.. or at least experience snow.. I can’t wait to try in the futuuuure!! for now, I’ll just savor your beautiful photos <3

This sounds amazing! I would definitely be the Alice of the group and choose to ride with the 4-5 year olds. I’ve never done skiing before. Looks so beautiful and the snow amazing! I’m happy they have vegan options too! Thanks for sharing!