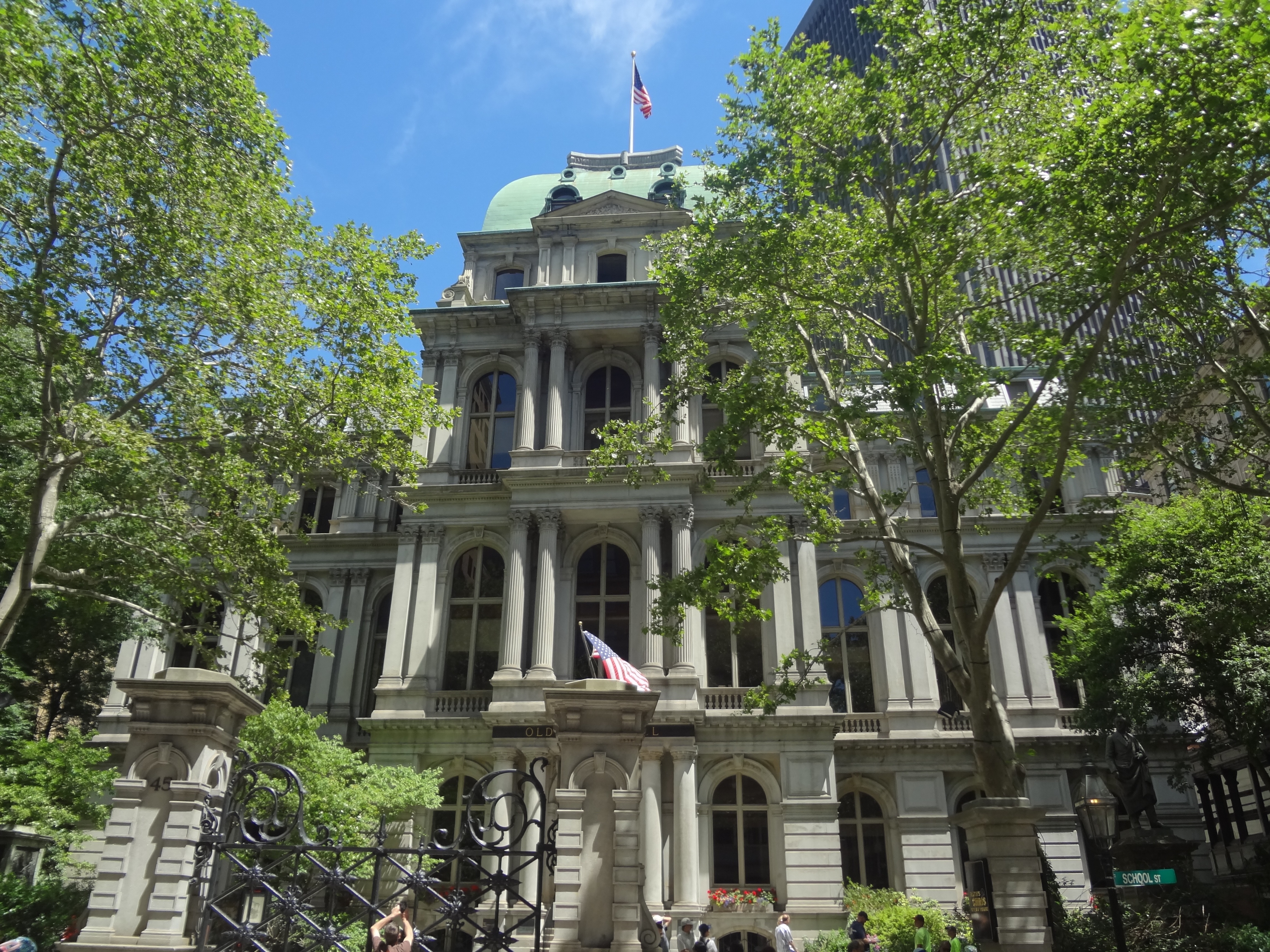 This article is brought to you by Simone, with some commentaries by Alice in italics.

Terrible night againâ€¦. between a snoring guy and Gunther coming back to the room at an ungodly hour and making looooots of noise and turning on the lights it was just complete hellâ€¦â€¦ At least the snores made us laughâ€¦

We woke up somewhat early (especially me, Alice skipped breakfast because sheâ€™s lazy) to do the checkout by 11am, then we left the backpack in secure lockers.
And I got the famous vegan banana muffin of Hostel International Boston hat I recommend you eat even if you have nothing to do with this hostel, they sell it at the lobby ! As we went to buy water for the day, Simone got his second breakfast (donâ€™t ask) and spotted the Japanese restaurant we would eat at later this day. Fun part : we did some Photo Booth pictures because it was just $3 for 6 and Photo Booth pictures are fun !

We then walked to the center of the city, which was very crowded with tourists, and went into a few shops.
As I already donâ€™t like shopping, and shopping with Simone is Hell on Earth (there is no exaggeration in my words), we called it a day and went to have lunch. Then we decided to split : he would go watch the Euro game, and I would go to Macyâ€™s to get myself some jeans.

I got back to the hostel to go to the pub next door and watch Italy-Germany in a bar full of German people. By that time, Alice had bought 3 pairs of jeans including 2 pairs of Â«Â boyfriendsÂ Â»â€¦â€¦..
Simone felt offended (he faked) I would say Â«Â I got two boyfriendsÂ Â» when I joined him in the pub. Anyway, when I got there, it was definitely crowded, and he was the only Italian (and only supporter of Italy, apparently) lost in a sea of Germans and Americans supporting Germanyâ€¦Â

The match ended after 18 penalties. Italy lost, I said Â«Â Fuck youÂ Â» to the entire German population in the pub, but Germans are indeed supercool we cheered with our glasses full of beer !!! Why did Americans support Germany ???
That is not entirely true, as this Â«Â fuck youÂ Â» was an answer to a dozen Â«Â fuck you ItalyÂ Â» from a drunk guy, and I have no idea if he was German or Americanâ€¦ Which was definitelyÂ weird : all the Americans were cheering for the Germansâ€¦.
When the match ended we had to rush a little because we had to go to the airport!

We got back to the hostel, got our bags back from the lockers and got ready to leave for Detroit at 9:05pm.
As Simone had told me the night before, the airport was only 49min away from the hostel by feet. So it was no surprise that it was so fast to go by public transportations. We had a 10min walk to the same station we had arrived from, then a quick bus ride to our terminal. We had received a few emails from the company weâ€™re flying with, Spirit, warning us to be very early (Â«Â at least 2hours early for domestic flightsÂ Â») because of long TSA linesâ€¦ We got none of that ! In less than 15min our bags were checked-in, TSA and security controls were passed and we were sitting at the foodcourt with some spaghettis in front of us.

My opinion : Boston is super chilled, laid-back, I loved it.
I agree with Simone, Boston was definitely a cool town, very laid-back, relaxing and yet very welcoming and active without being overwhelmingly so.

But it wasnâ€™t the real end of our day!

First, our experience with Spirit has been amazing. When we checked the bags, the attendant offered to refund at least Simone if he wanted to keep his bagage as a cabin one because it wasnâ€™t too big. We declined but that was really nice of her! Then one of the stewardess was pretty badass, we loved her attitude! Two examples :
-When we were about to take off sheâ€™s the one who made the announcement and started with Â«Â Welcome on this flight to Californiaâ€¦.Â Â» and when people started to say something she hurried to say Â«Â Detroit ! Detroit, not California! I was just checking if you were listening!!Â Â»
-At the end, when we had just landed but where still on taxi mode : Â«Â Please keep your seatbelt fastened until the signal has been turned offâ€¦. Put back your seatbelt on, folks ! I can hear you clickinâ€™!Â Â»
And it was totally uneventful so perfect.

Once we got back our backpacks, we met Victoria (the daughter of Lorraine, Simoneâ€™s cousin living in Little Silver) and her future husband Hans who came to pick us up at the airport. They were really nice and we already had the time to have fun together in the car. They told us a bit about Detroit, and showed us the bridge that connects Detroit to Canada. That was pretty cool. They have two dogs who are really nice and cuddly (and have an instagram account, check it!) and their house is super cozy. They gave us their extra room with a futon and it was perfect for us ! After a glass of wine we finally went to bed, happy to rest !
[pictures of Detroit will arrive on tomorrow’s article!]