Interview with a musician abroad: Luca Maria in New York

That’s how a music tale usually starts: you get into a studio, you get close to the microphone, and you say those 3 words to check the volume set-ups.
I hope that for my friend Luca this could be the beginning of a great tale, a music tale.

So let me introduce you to Luca Maria, class 1994 born and raised in Rome, where I met him while working in the same bar as bartenders – although he never wanted to be a bartender, his dream was and is to become a songwriter!

He’s currently living in New York, trying to get some vibes from the city that never sleeps, so if you walk around the metro you might find him singing with his 6 strings acoustic guitar. 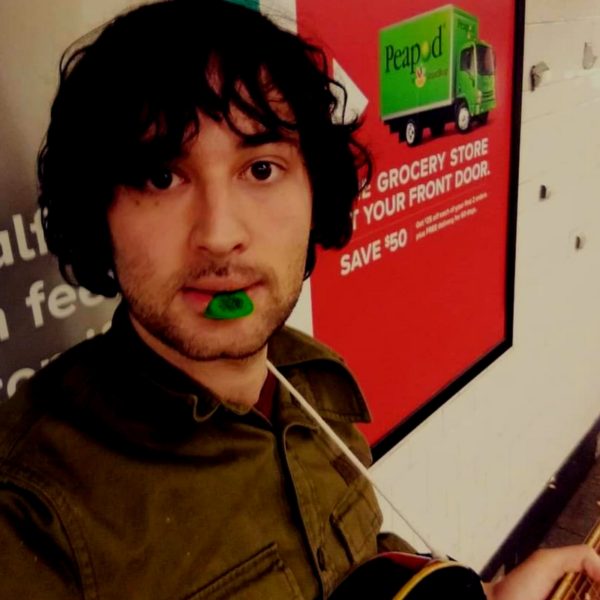 But let’s get to the point, he has just released his first solo EP (LMEP) available on all platforms [Spotify], and two videos [Youtube 1 2] so please, do yourself a favour and listen to some fresh new music!

Time to know him a bit better !

Luca: Music has always been my passion. When I was a kid I was obsessed with “Around the World” by Daft Punk.
A few years later, my stereo was pumping The Beatles greatest hits continuously, but the real breakthrough came when I discovered the New American punk rock, NoFx, Rancid The offspring…..

Simone: Let me interrupt you Luca, I’ve got to admit great great choice, I love these bands!

Luca: …. I was 12 and I started playing music, putting up a band trying to be as punk as I could!
(link to a rancid or nofx song)

My best friends and I started a band called Lains. I was the bass guitar player, but we could’t find a singer so I also became the singer, just a couple of days before our first live gig!
In the years after I focused more on the singing and writing part.
In 2015, after many concerts with the “Lains” we decided to split up as our path was not going on the same direction anymore.

I did not have a band but the fire in me was still burning, I wanted to write, I needed to sing.

In the past few years with the Lains I wrote many songs that were not meant for the band, not because they were not valuable, but because they were about my deepest feelings, they were mine body and soul. So I got in touch with my friend and producer Leonardo Rangel to record my first single “Aspettami stanotte”. At the beginning I thought it would be mostly acoustic with few instruments so I took all my courage and told to myself that my voice and my guitar was all I needed. The thing is that as time passed I completely changed my mind, I did not want to get stuck in the Italian songwriter niche, so I decided to get back to the studio and record the other 3 songs with a full band. 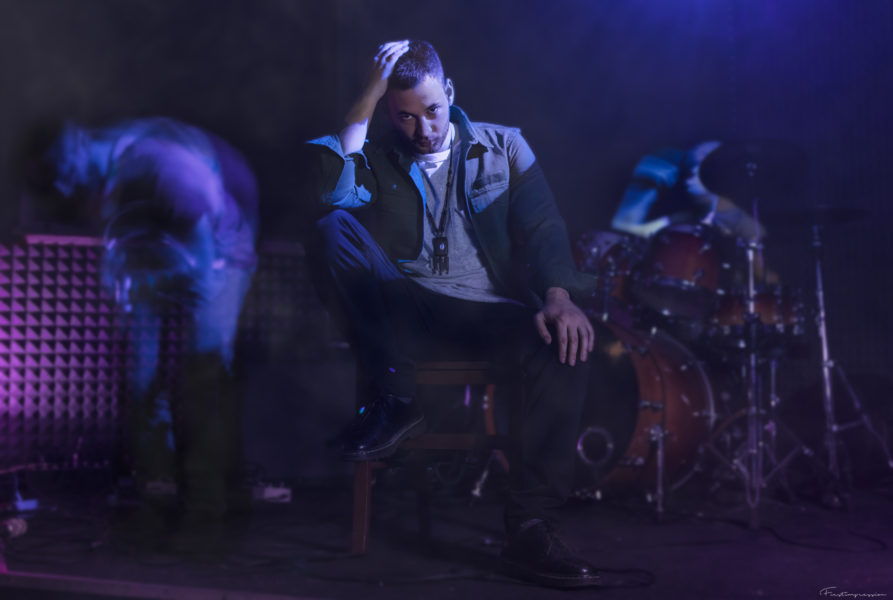 Simone: What can we expect from your EP?

Luca: Well, my history as a singer says rock and post hardcore (yes, I have been a screamer), but now my sound tunes more towards the 80s new wave, and American post punk.
Writing in Italian and trying to make it more suitable to a larger audience is not easy ; actually I would define it as my biggest challenge. My songs are about real life experiences.

Being true is the only key for an artist to open people’s hearts.

I want to keep my music integrity and not sell myself just for the big bucks and not being able to do what I love!

Simone: What about your future projects?

Luca: Getting back to a studio and play, experiment, and bring my music as far as I can.

Simone: Why did you go to New York?

Luca: Currently I am in NYC busking around the metro subways. I had to break from Roma’s routine and the big apple allows me to absorb every little inch of musical inspiration that this place has to offer!

Simone: Well Luca, I wish you all the best. What’s certain is that you are following your dream, and dreams do come true! So guys, listen to his music, if you like it support him. If you don’t support him, yes aim pretty dictatorial on this one, but in any case:

Music can save us all!
PEACE!

9 Off the Beaten Path Things to Do...

Megabus from NYC to Boston – Our Bus...