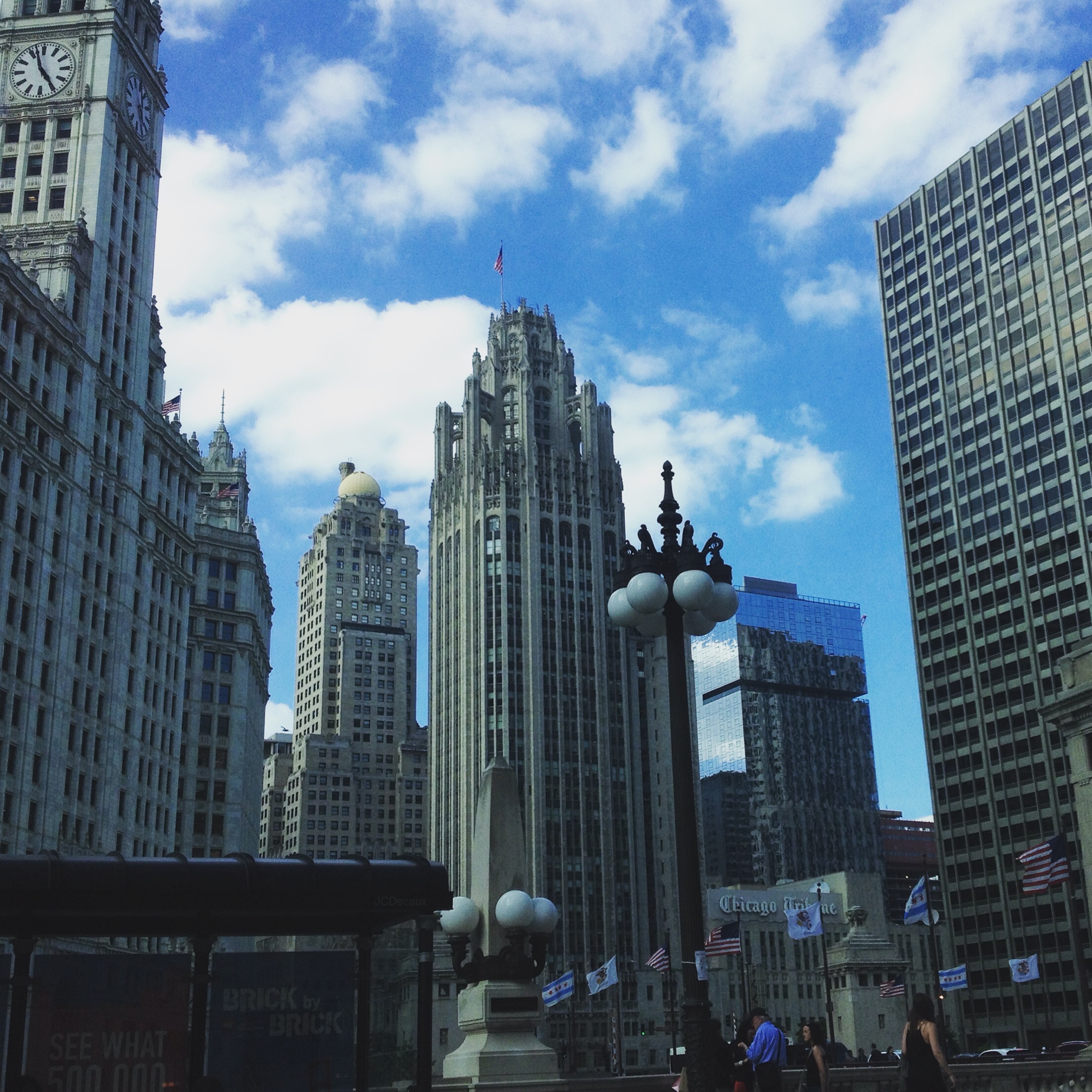 Going on a bus trip from Detroit to Chicago

[Alice : ] We went back on the road that day ! We were pretty sad to leave Simone’s cousin and her boyfriend. We had a great time with them, we had long and interesting talks about anything and everything : politics, Russia, art, food, the future, Detroit, America, Europe.., we ate awesome food and were warmly welcomed.

Victoria drove us to the bus station because it’s hard to get anywhere with public transportation in Detroit. Just as we left the house, I got an email from Megabus stating that our bus would be from the « On the move » company. When we arrived, a few people were waiting already!

[Simone : ] Our trip started from Rosa Parks bus Terminal. Rosa Parks was a very important mainstream figure in the fight of Black people for their rights. She was the first woman to deny her seat to a white man in the time of the segregation. If you want to take a little music break, know that Outkast did a song about her, called Rosa Parks.

This is what I meant when I think of « road trip » : to move across such a huge country with land transportation. During our ride, we have come across : highways, delays, weird people, stops in unknown town, trucks, nature, bikers without helmet (here, in W94 Michigan), Michigan University and so on. Also, worth the note : Illinois is the birth land of Lincoln.

Arriving in Chicago by bus

Once we arrived in Chicago, we took a taxi to our hotel, which was the Warwick Allerton. I got a super deal on booking.com which gave me this room at a 70% discount (otherwise I would have never booked it!! and it also gave me miles on my Flying Blue account, so it was perfect!)

During our ride in the taxi, we saw that the city conjugated very high glass buildings with cute woody bridges over the river and that some of the architecture was pretty impressing (be it for the circular building with the first ten floors dedicated to car parking, or the cathedral-like look of some other).

Simone had reserved us a room in a nice hotel for our stay in Chicago, because of my birthday. The Warwick Allerton was beautiful and luxurious and I was happy to be on the 14th floor, which gave us a nice view of the neighborhood. It was also the first time we went to a real hotel together, so we enjoyed gushing about the huge room, the cool shower and the general facilities offered by the hotel.
As we were pretty tired, we took our time to unwind and look up what to do in this city.
Not feeling up to do anything special, we just walked around the hotel and stopped at a pub called Jake Melnick’s Corner Tap were I ate a huge vegan burger and Simone got some chicken. Lots of people were going around wearing shirts of the local Baseball team, so Simone asked the waiter what that was about but he didn’t really know. What he told him though, is that his favorite Italian football team was Roma (also Simone’s), which was pretty funny (he got a good tip).

Once satiated, we went back to the hotel and checked out the Fitness center on the 25th floor, which Simone got to try later that night.

We took it easy and spent the rest of the evening in the room, planning the following day.