[Alice :] As (not rich) travelers and lovers of the road, we had decided to go from Chicago to Philadelphia by bus. This trip takes around 23h, with a 4h stop in State College. It was an insane idea. But we did it, and weâ€™re still here to tell the taleâ€¦

About the settings : we took a Megabus, and we had seats on the lower deck, on a four-seats square with a Â«Â tableÂ Â». We thought it would have been a mistake to have booked these seats when we arrived in the bus, but as there was only one other guy in the square facing us, we actually (after a while and some foot-wrestling) found a somewhat comfortable way to sit/lay down and try to sleep.

Presentation of the trip by Simone

Bus stops along the way

[Simone :] We had around 10 hours of sleep, interrupted every 3 hours for random stops, mainly at road houses and gas stationsâ€¦
We had an interesting stop at around 3am when we were so tired it was as if we were drunk…. Proof on tape : 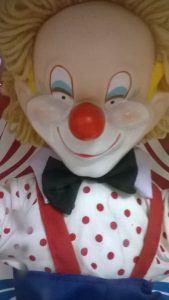 The thing about these stops is that even if you donâ€™t want to get out of the bus, all the lights are back on and the driver announces where we are and for how long in the speakers. So unless you are one very heavy sleeper with really good earbuds and eye-mask, youâ€™re going to have to wake upâ€¦

Sometimes these wake-up calls really felt like I was being ripped from the best place on earth and thrown in hell, as I was sleeping so deeply and awoken so brutally only a couple hours afterâ€¦

Just being sexy in the bus… 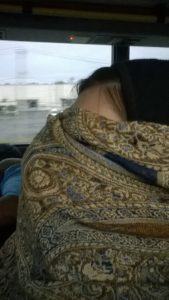 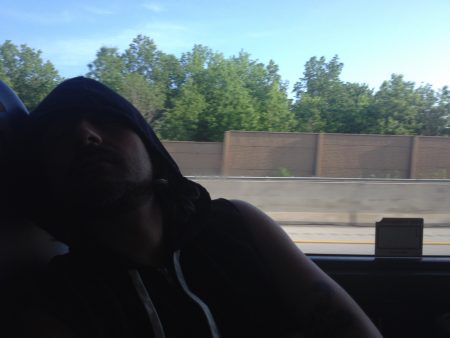 During our 4 hours stop at State College, there wasnâ€™t much to do. After eating some hummus sandwiches, we finally headed to MacDonaldâ€™s to get some wifi and also the most disgusting iced-tea ever. They were out of coffee, and out of Cokeâ€¦ 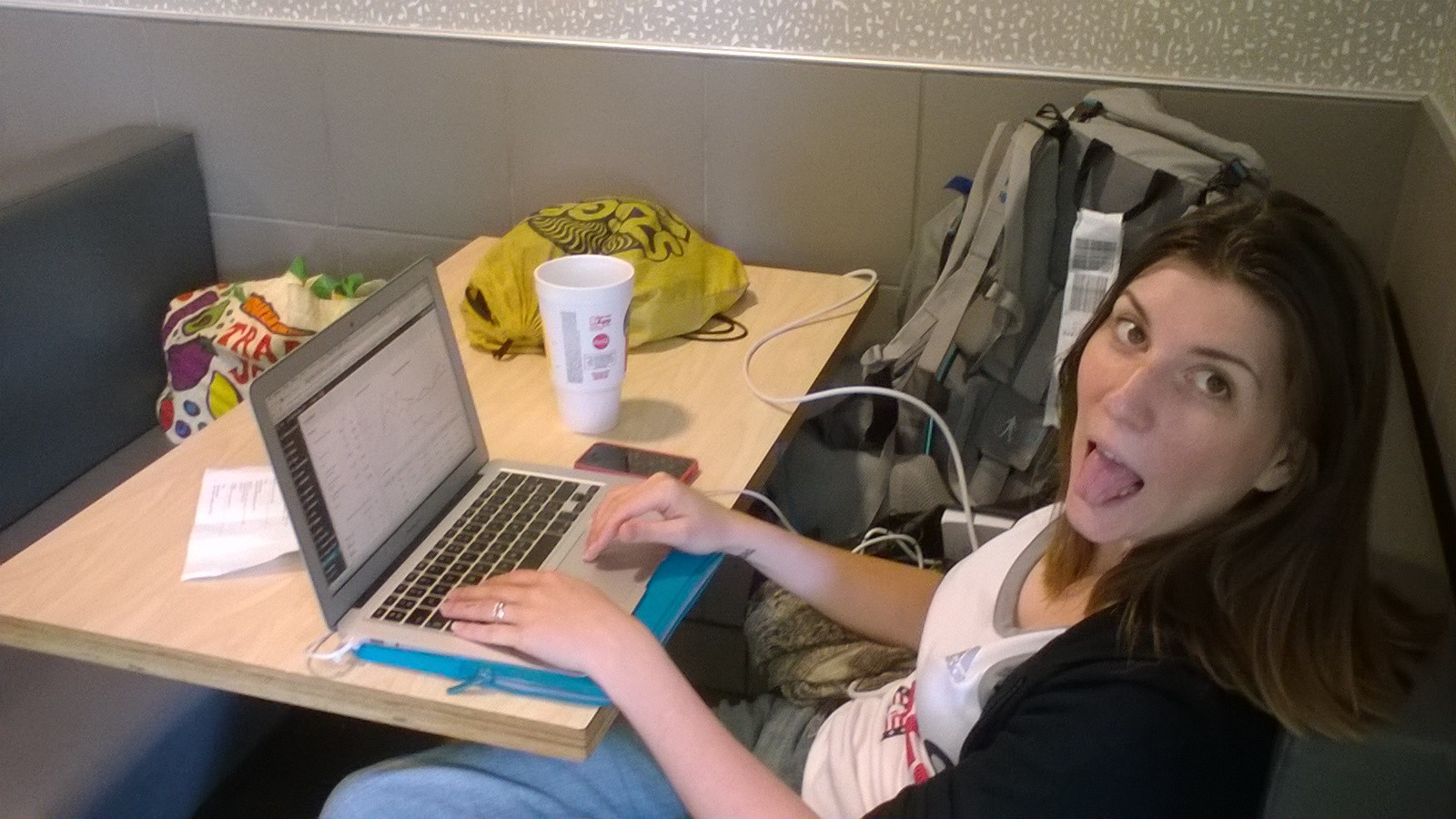 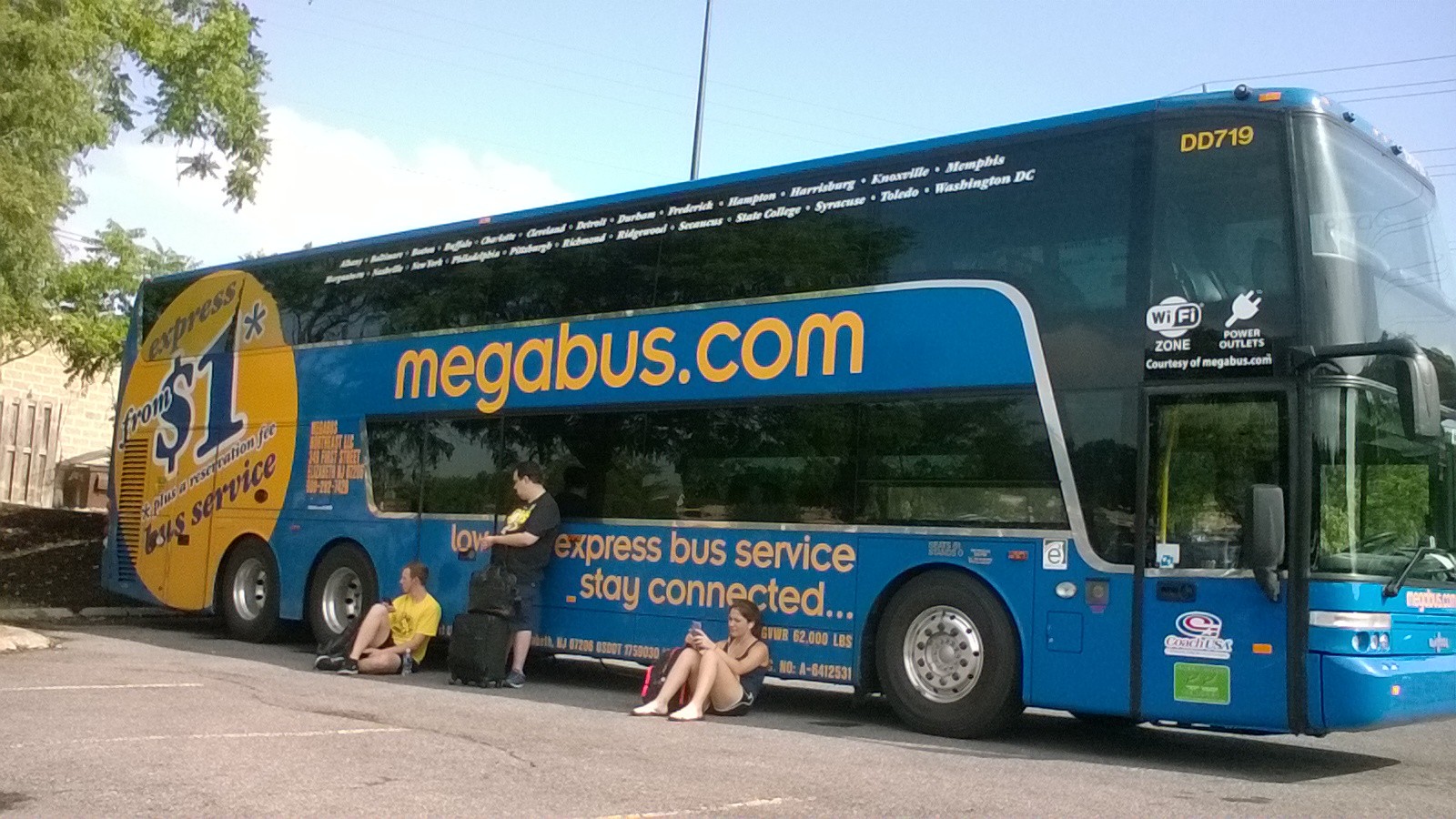 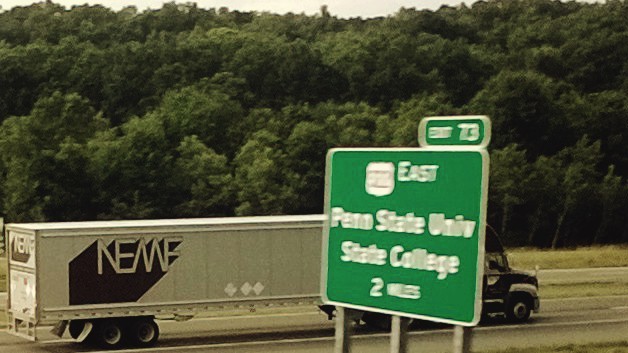 We finally arrived in Philadelphia around 9pm and had to take a taxi. The driver was really extremely weird. He asked us directions to our destination (which we didnâ€™t know because we had never been there, of course!) so we had to check on our American phoneâ€™s GPS, and at the same time he was listening to a radio station airing a strange documentary about baseball and warâ€¦!!!!

We finally got to the apartment of Aisling and Craig, a super great couple I had met at Wos.