A day in Vienna with a baby

During our road trip in Central Europe, we made a quick stop in Vienna. It was on our road from Slovenia to Czech Republic and we needed a little break on the long road. The weather was really hot so we decided to book an Airbnb with air conditioning (which, spoiler, didn’t really work!) outside the city center to relax and then spend a little time in the city.

Knowing  our baby well (he was 4.5 month old), we didn’t plan on visiting anything in Vienna at that time. Instead, we just wanted to see some landmarks (from outside) and walk around the city. One day in Vienna (and it was more one afternoon, actually!) was definitely not enough to explore the city, but it at least gave us a little taste of what the city has to offer, which is what we were aiming for.

We bought day tickets for the metro at 5.8€ which is really not expensive, even if we ended up walking everywhere once in the city center since most of the attractions we’ve seen were within walking distance. And let’s face it, being stuck in a metro with a 4 month old was not our idea of fun!

Our 1 day in Vienna with a baby itinerary

We took the U-Bahn from our Airbnb to Karlsplatz station to see the Vienna State Opera House (Wiener Staatsoper), which is a great place to start a tour of Vienna. We crossed the street from the metro station to admire the Opera’s beauty from closer, before having a look around at the already gorgeous city presenting itself! 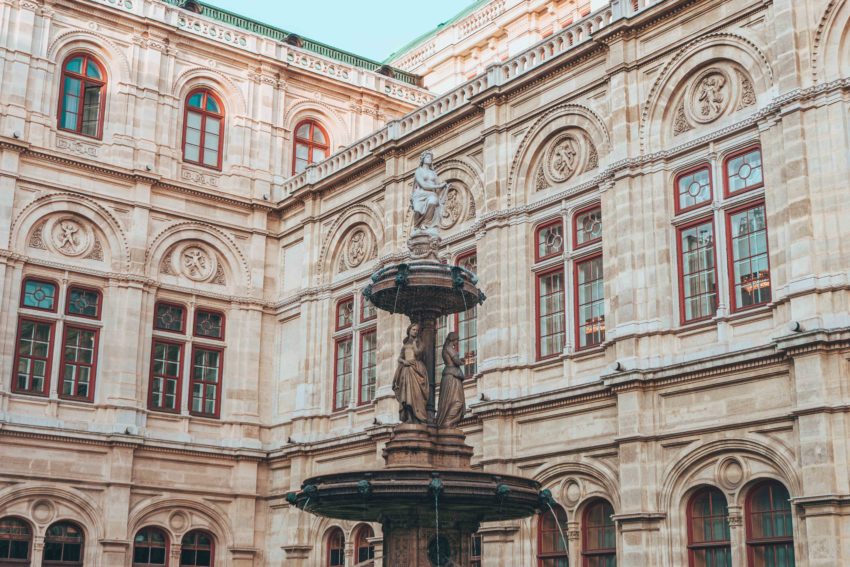 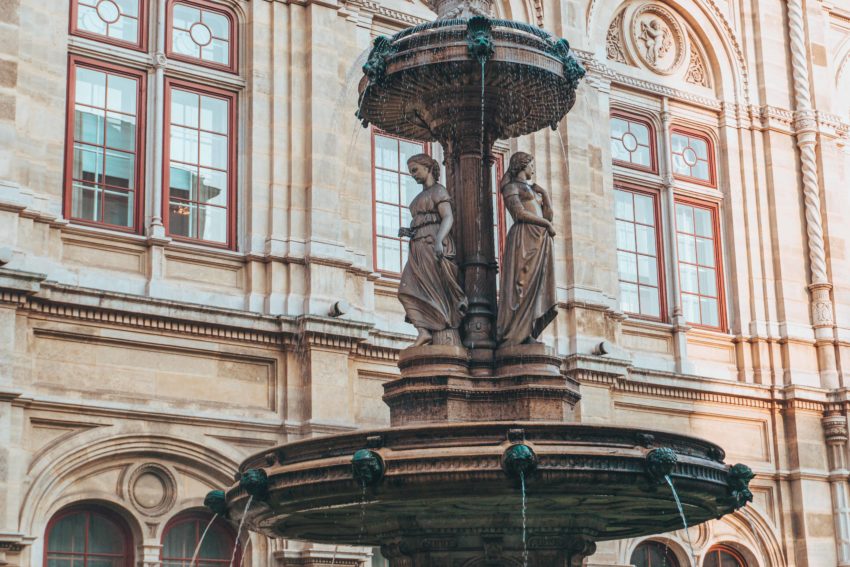 Vienna Opera House is such an iconic place, we couldn’t skip it!  This stunning French Renaissance-style building is also one of the most instragrammable places in Vienna and is often seen on the social media platform! For an incredible view of the Staatsoper, we climbed the steps to the top of the Albertina Museum. 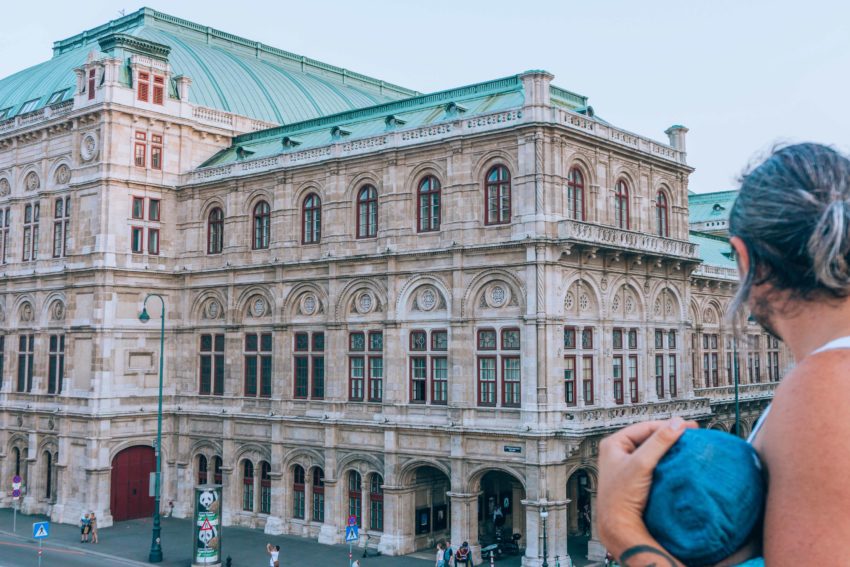 From there we had an amazing view over the Opera, but also the Burggarten, which was our next stop.

We climbed down the steps from Albertina Museum’s terrace to enter the gardens of Burggarten. The calming atmosphere of the place stunned Cesare into a nap, so we walked around the gardens a bit and admired the Palm House from outside. It was closed at that hour, but this place is actually a fantastic spot you shouldn’t miss : this former Emperor’s glasshouse hosts an incredible Viennese coffee house and restaurant in what feels like a lush rainforest. Inside the Palm House you can also find a Butterfly House, not unlike what we’ve seen in Montréal’s Space for Life. 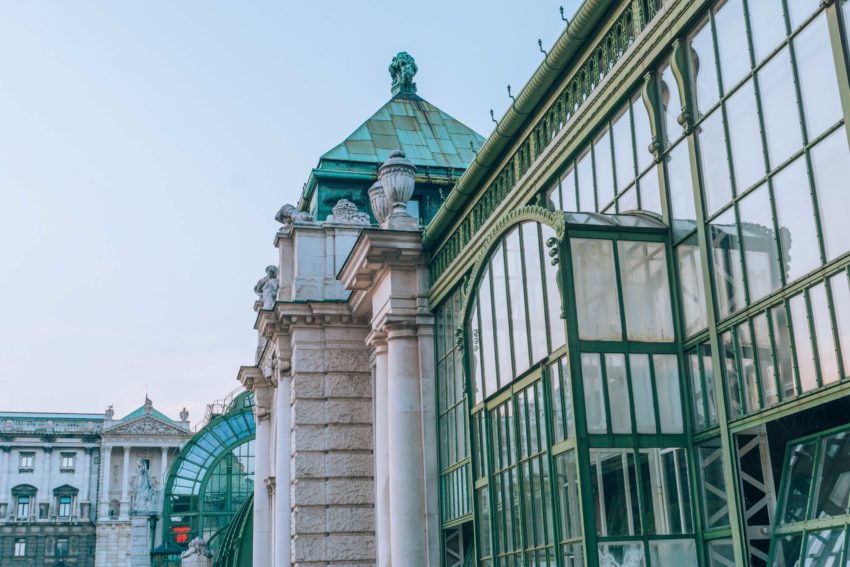 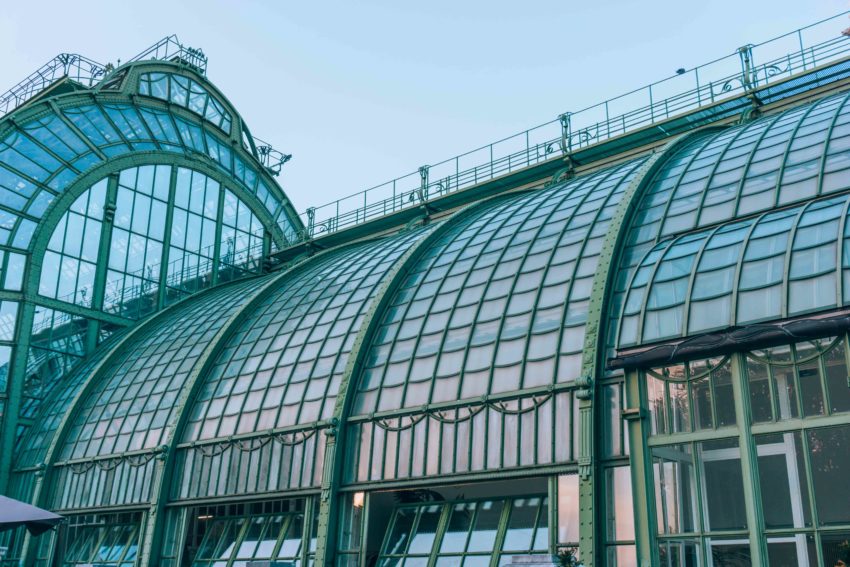 Then – and once Cesare woke up – our eyes were drawn to St. Stephen’s Cathedral from afar, and we decided to go in that direction. We walked behind the Opera House, and walked along the main shopping street: Kärnterstrasse. We also made a few detours to spot nearby attractions like the Winter Palace of Prince Eugene and the Capuchin Church, and it also gave us the opportunity – at the start of the walk – to see the Neuer Markt.

The Neuer Markt is a dynamic place, with lots of animations, music, places to eat, drink and shop to your heart’s content!

But then at the end of Kärtnerstrasse we reached Stephansplatz where stands the Cathedral. Nothing that we’ve seen in Vienna would come close to the chills I’ve had getting near the cathedral.
I’m from Paris. I spent countless hours – days – close to Notre Dame, even studying it. But still, Vienna’s St. Stephen’s Cathedral and its ornately patterned roof made quite the impression on me. It’s nothing short of grand. 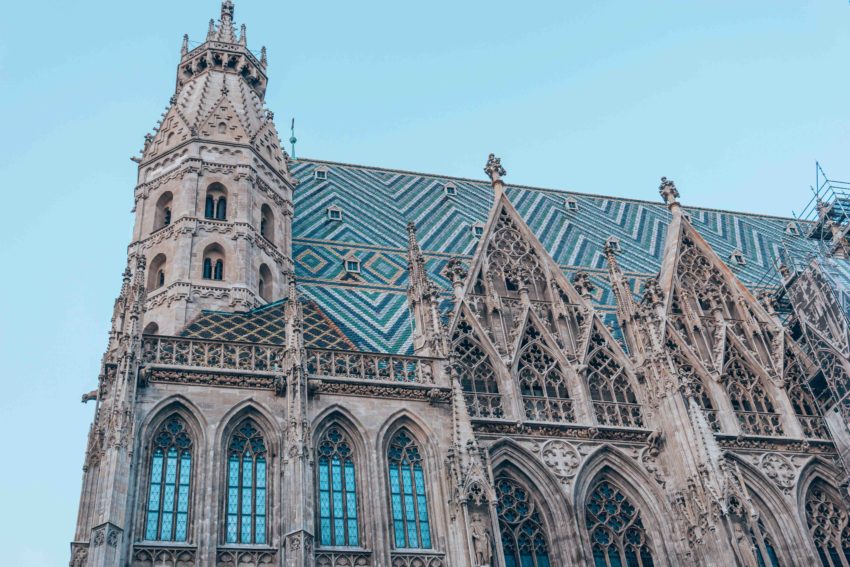 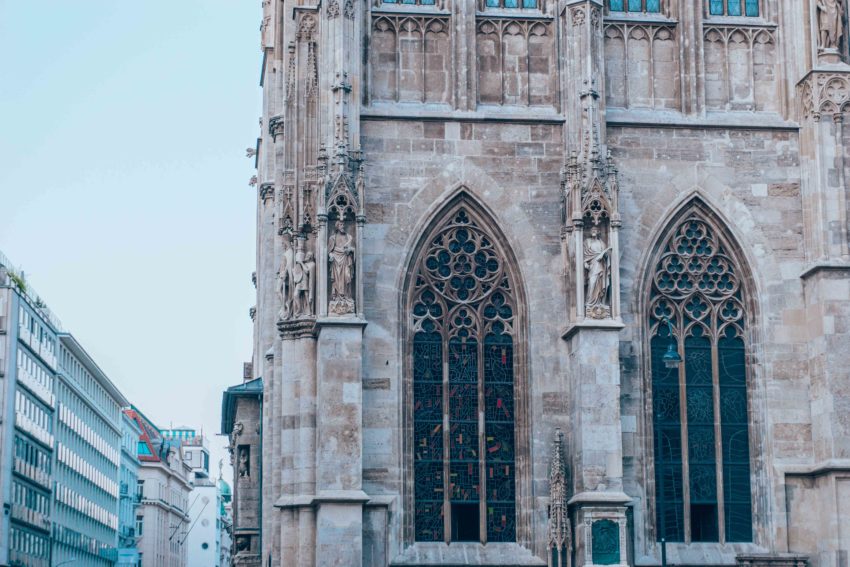 If you only have to see one thing in Vienna, it’s definitely the Cathedral! It was completed in the last half of the 12th century and – after having been expanded and restored several times – is still a functioning Catholic church.

There’s also a miniature of the monument in front on Stephansplatz if you want to see it from every angle. You can go inside to take a peek for free or visit for a fee. If you have the time, you should definitely climb the 343 spiral steps for a spectacular view of the city, or take an elevator for a slightly less stunning view but beautiful nonetheless. 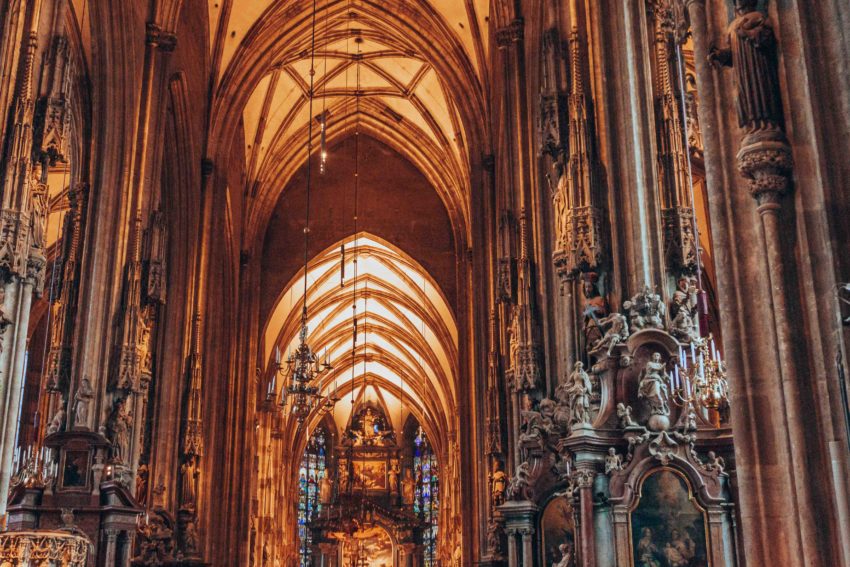 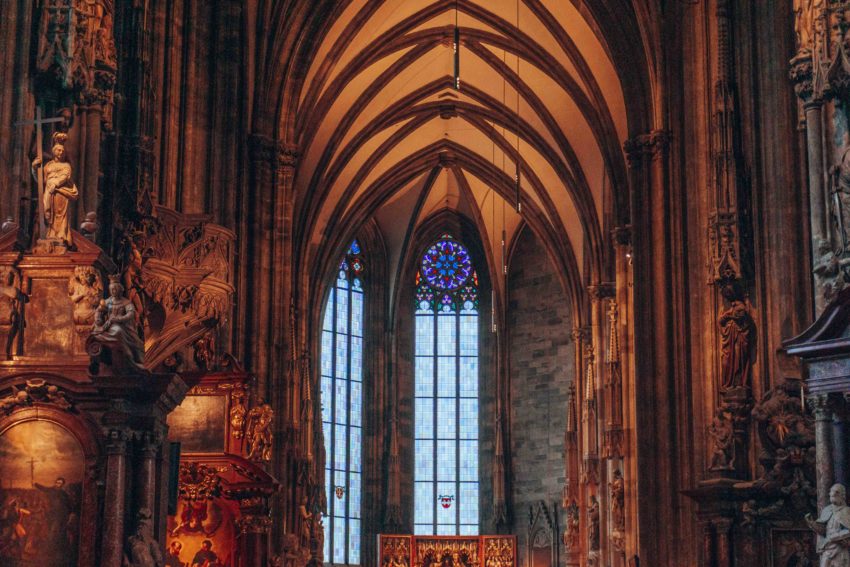 Michaelerplatz and the Hofburg Palace

After that we wandered around, up to the Altes Rathaus and along Graben and its beautiful little houses, got lost in the little streets, where the road is littered in horse poo and the smell is quite tangible, making quite the contrast with the “chic” feel of the place.

We ended up reaching the beautiful Michaelerplatz where stand the Hofburg Palace. 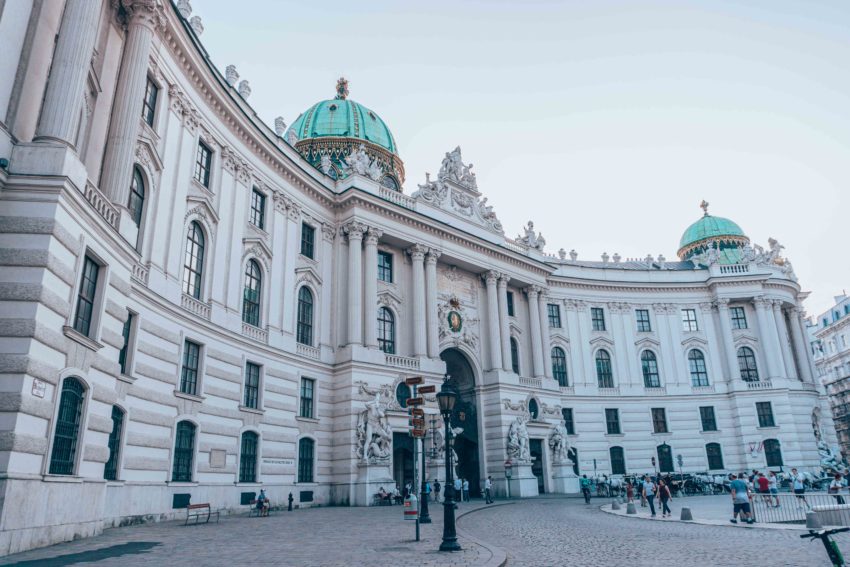 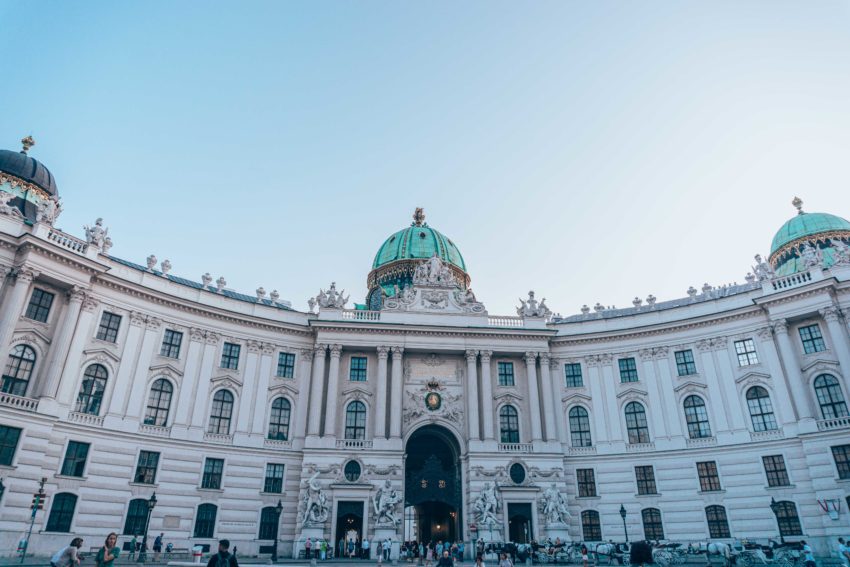 Today, the Hofburg Palace is where you can find 3 attractions: the Sisi Museum, the Imperial Apartments and the Silver Collection. From outside and with the sun lowering down it was beautiful, but later at night after diner, it looked quite spectacular! 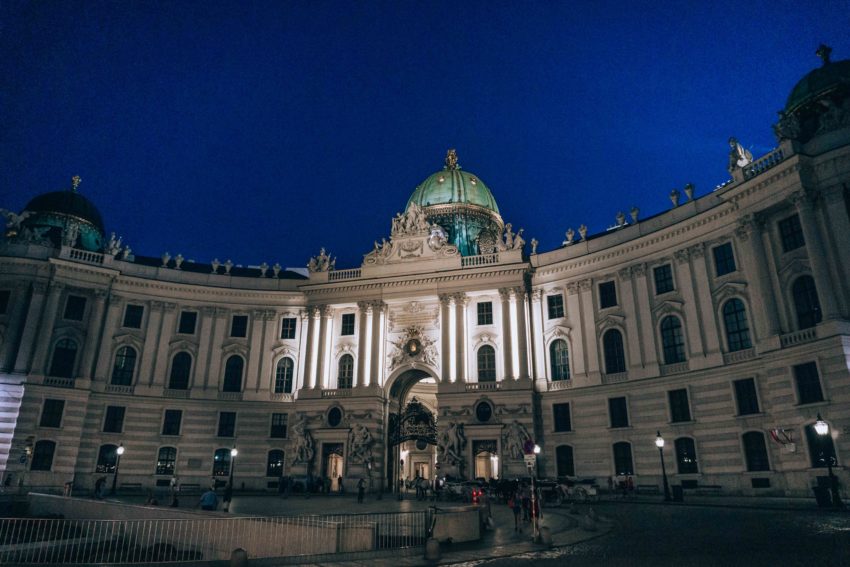 Now hungry, we headed to the vegan-friendly Venuss Bistrot where we were able to eat an Austrian (vegan) dumpling and warmly recommend the experience. 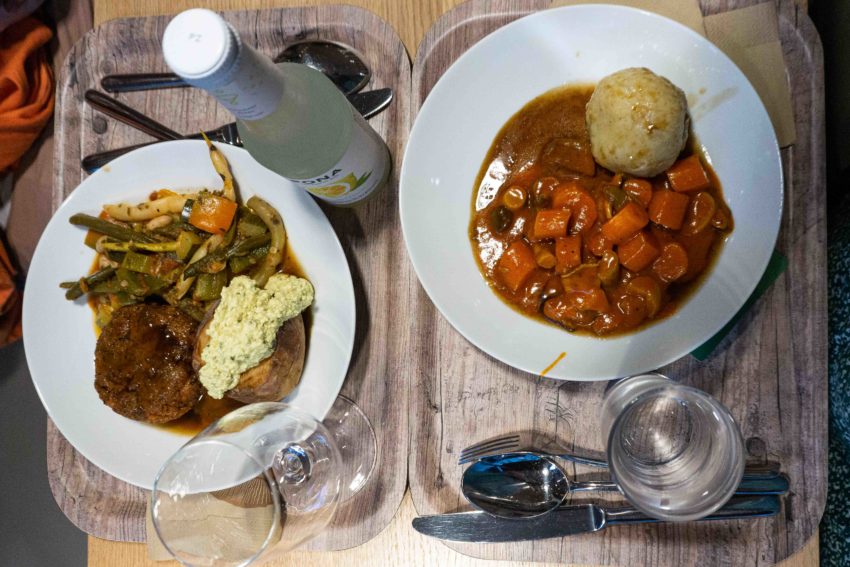 That was the end of our day in Vienna as it was getting quite late, but the city was still abuzz with activity! 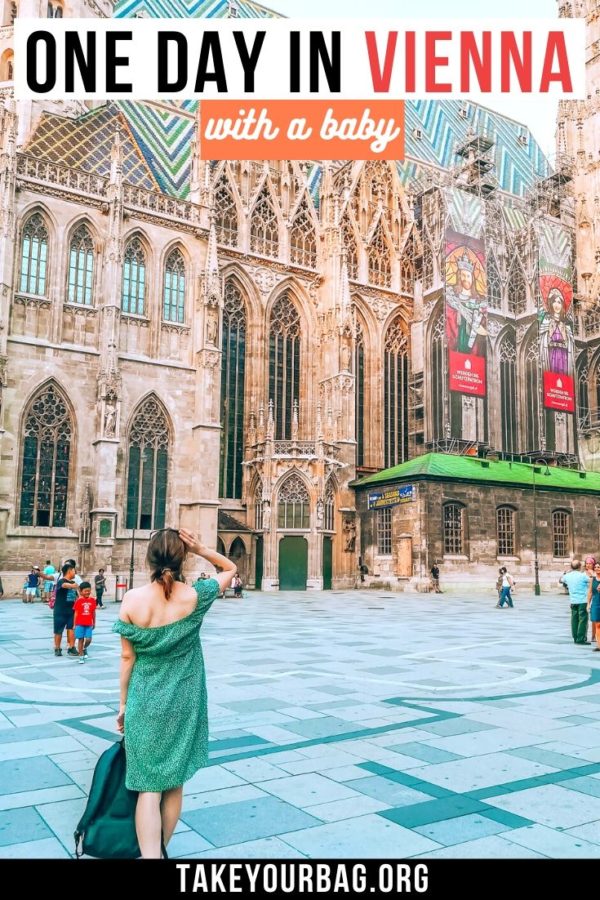