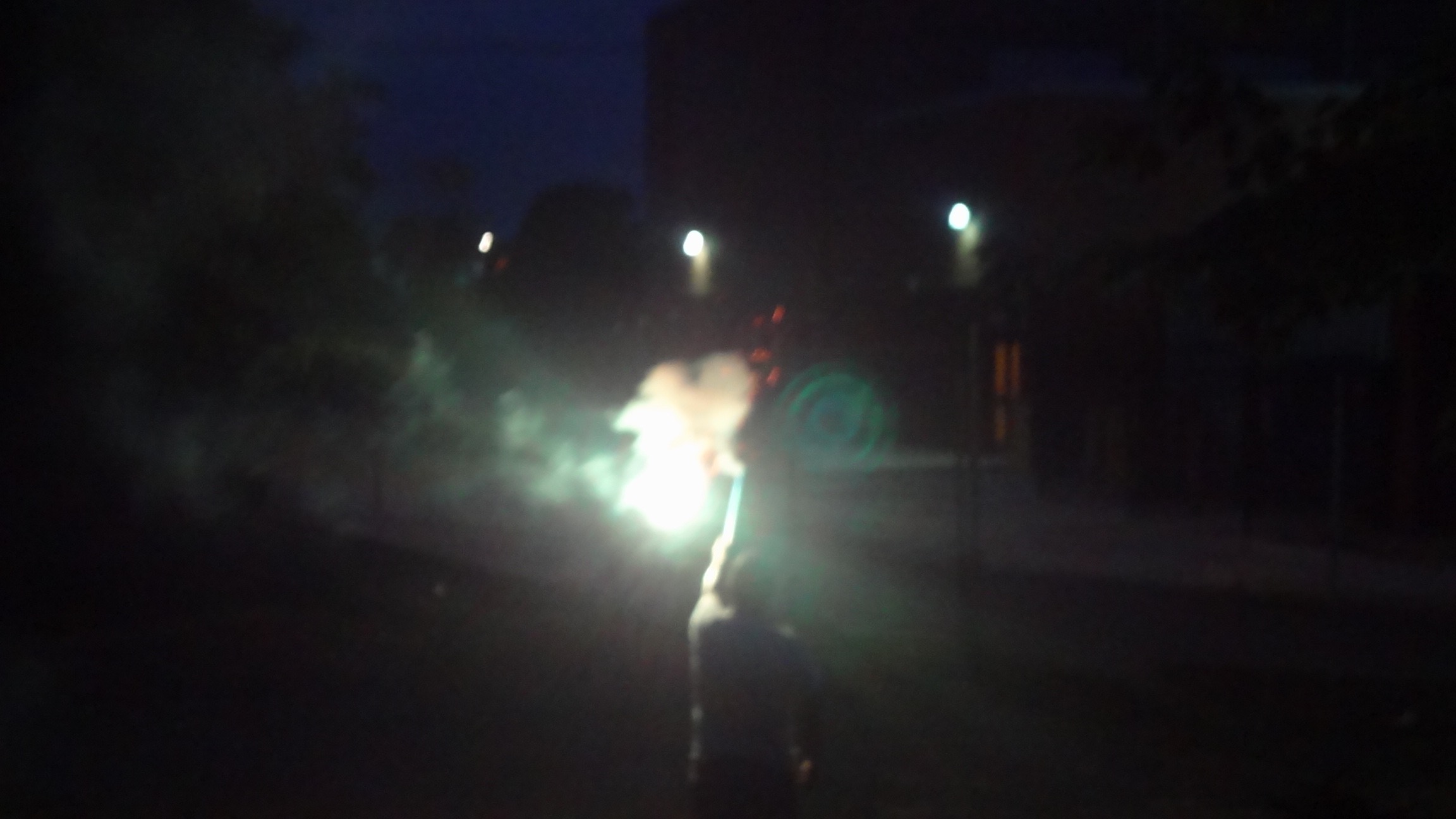 [Simone :] Â This morning, waking up is hard to do for sweet Alice, so I left her in bed and went down to haveÂ myÂ first Chemex coffee of the day. Chemex is a filtered jar coffee procedure.

Victoria and Hans, who have organized a party for tonight, started very early to cook our 4th of July dinner!!!!!! And they actually cooked and made preparations all day so everybody could have fun in the evening.

Alice woke up and we had a nice breakfast made by the excellent Chef Hans! Then she decided to stay home to finish her work.
[Alice :]Â Boring day for me…Â

After a while, IÂ took the fixed bike and did my own Â« Tour De -TroitÂ Â».Â The tradition of bicycle riders here is to call their city-ride with the French accent, and as if they were saying Â«Â Tour de FranceÂ Â».

Here, the streets are like highways! They are huge! Detroit is like a ghost town, I was practically alone in the streets. And when I finally came across somebody, they would greet me by saying “hi”, which was pretty nice and surprising! 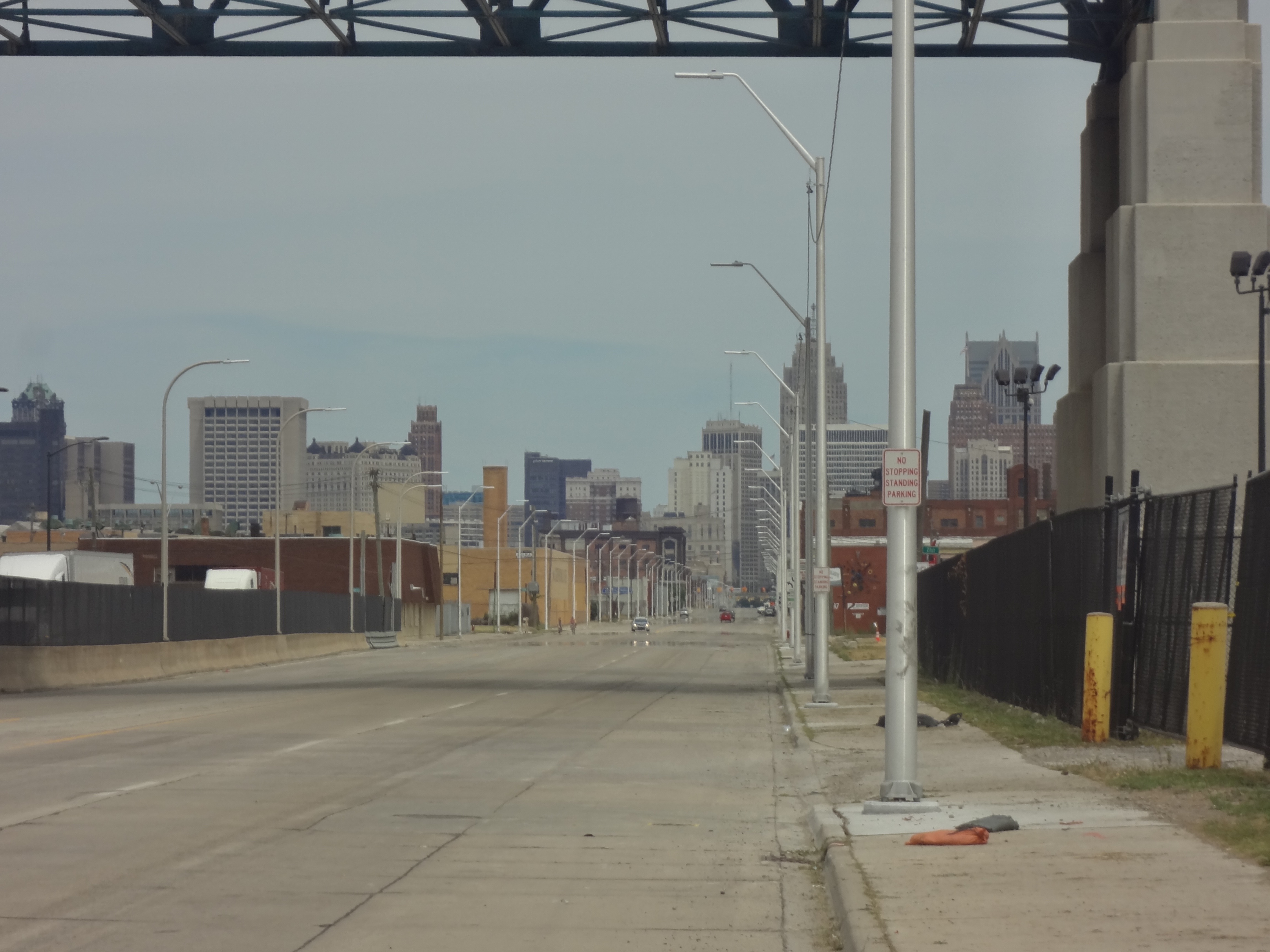 The weather was way too warm… I stopped to have a delicious hot dog atÂ American Coney Island. There, I learnt the story about two brothers who split up their restaurant company due to a different opinion on chili sauce. CHILI SAUCE! So one of the brothers opened another shop right next to the one he had just left……!

On my ride, I wentÂ around theÂ Ambassador Bridge (the bridge that goes to Canada), Corktown, Downtown Financial district, etc.

Also, just beside the house is the Hotel Yorda. It was built in the 1920s, for the workers of the Ambassador Bridge (the bridge to Canada). Now it’s a flophouse. Its fame comes from being the muse to White Stripes’ (Jack White is one of my favorite artists of all time) song “Hotel Yorba”.

This last sentence brings me towards the music legacy I have with this city:
Motown records was born here in 1959, and artists such as Marvin Gaye, Stevie Wonder, The Jackson 5, the Supremes and lots of many other soul and rhythm and blues starsÂ  have recorded for this historic music label.
Detroit was also a massive influence in the Techno music scene during the 80’s and 90â€™s, with Derrick May, Jeff Mills, Carl Craig, etc…….
Last, but I have to mention it because you’ll probably pass by the 8 mile road:
Eminem, we all sang one of his songs once in our lifetime.

As I went around with my bike a street sign came right to my eyes:
Flint [place of a historical 3-months sit-down strike by a Union, that established unions force within labour relations]. Well, the story of this placeÂ could explain exactly what Iâ€™ve seen with my eyes here : the hidden american economic depression.
Don’t hesitate to check out Michael Mooreâ€™s documentary Â« Capitalism: A Love StoryÂ Â», in particularÂ about General Motors bankruptcy.

Here it’s legal to buy fireworks, so everybody stocks up for the 4th of July and you can expect to hear them startingÂ in the afternoon!

When Simone got back home, we rested a little before the party started. A few friends of Victoria & Hans arrived and we ate all the great and (for half of it) vegan food they had prepared, with a glass of wine. The peopleÂ we have talked to were very interesting and nice so we had a great time! Simone and I also took a little walk together before the festivities with the fireworks started! 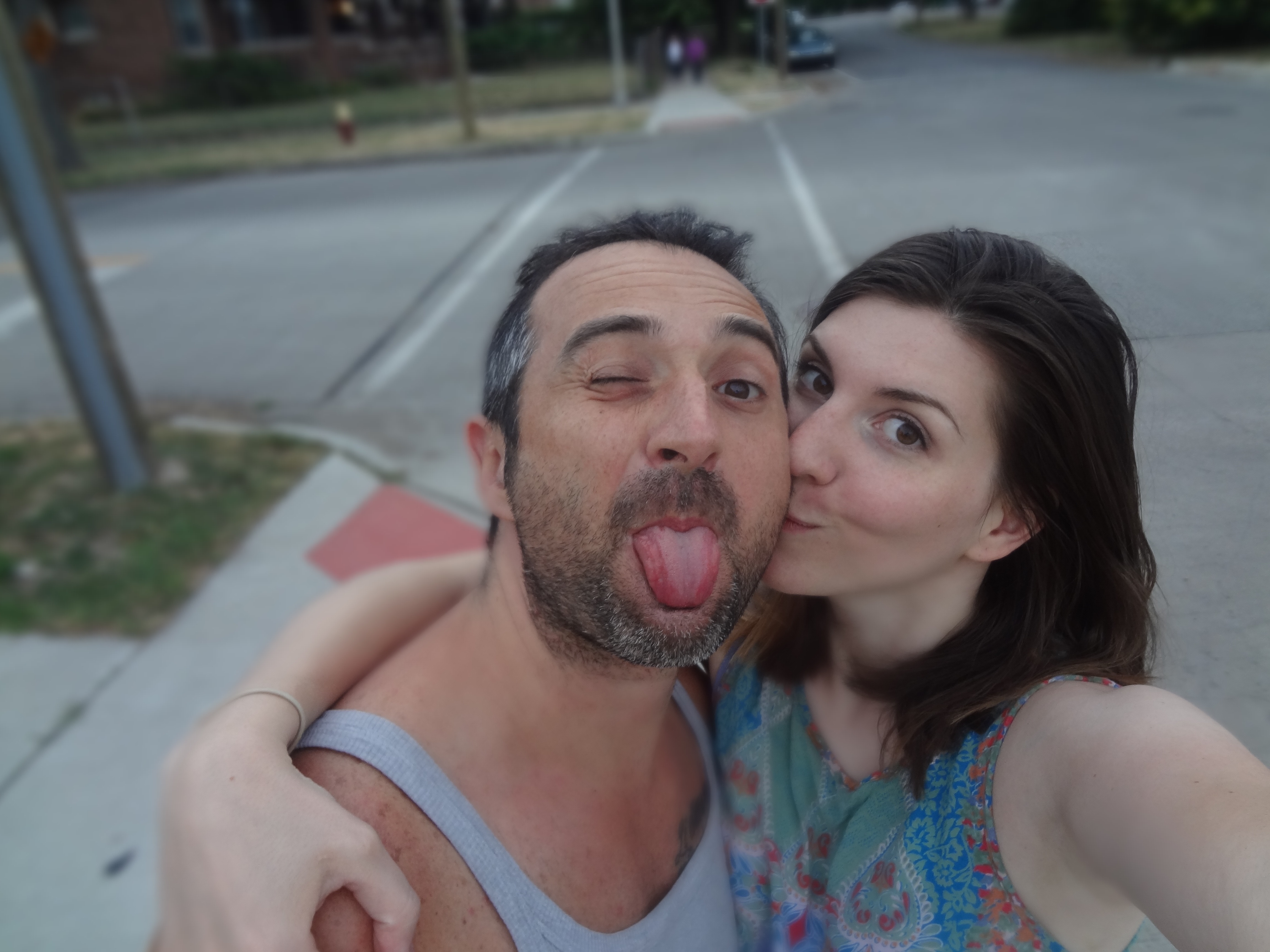 Victoria loves fireworks so she had bought enough for everybody to have fun. I am personally not super relaxed in close proximity with those so I first took pictures from afar. Then when we got to the Â«Â big gunsÂ Â», I escaped to goÂ back inside withÂ the dogs, whereÂ Simone kept me company.

A little bit more about Detroitâ€¦

Joseph, the last one of the guests to leave, was very knowledgeable on the history of Detroit so we bombarded him with questions. He told us (if I took notes correctly, this might need a little fact-checking so take it lightly for now and any mistake is my own) that this city started by being a French settlement in the 1700s. The city burned in the 1800s. At the turn of the 19th century, this neighborhood became a Lithuanian community, then in the 1920s a Mexican community. Although, in some part of the neighborhood it has been French-speaking until as late as the 1930s. The South West of the town is very European, with lots of Polish, Slavic, Italiansâ€¦ all of these communities being organized around parishes.

Detroit was a very attractiveÂ place to work inÂ when Ford opened his factory, so people came from everywhere. This is why, in the down river area, lots of people have a southern accent!

In Detroit you can also find the largest Arabic population in the country, coming from all parts of the Arabic world and living together.

He also told us briefly about Flint Union & the hidden side of the depression that weâ€™d been noticing.

This talks bring you back to what is normal. It actually feels good, in a way, to go back to normal, to a kind of Â«Â everydayÂ Â» feeling for us. Itâ€™s good to know that thereâ€™s history to talk about. Itâ€™s nice to hear stories about the past of this place. I see Detroit as some kind of Berlin. Probably in a few years itâ€™s going to develop, and in 10 years itâ€™s going to be super trendy.

And Joseph beautifully closed the discussion saying that here they take what they have, and make the most of it. Itâ€™s a laid-back city. The racial mix hasnâ€™t really changed, it has maintained its balance. The people living in the neighborhood they we stayed in are generally well-educated, itâ€™s kind of a socialist communityâ€¦.
Â«Â I donâ€™t see it as gentrification, just as evolution, getting back to how it startedÂ Â»â€¦